Warning: count(): Parameter must be an array or an object that implements Countable in /home/rano365/public_html/wp-content/themes/yoo_nano2_wp/warp/systems/wordpress/helpers/system.php on line 61
 Rano360.com » Thank you, The Brunei Times 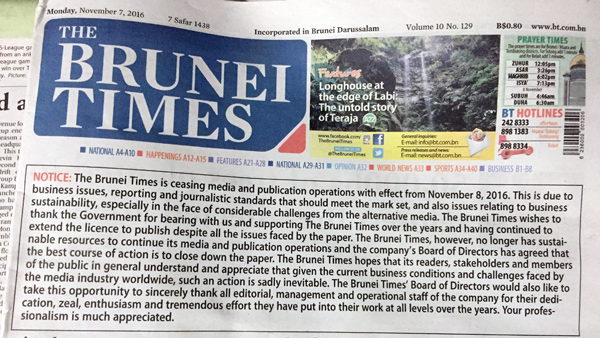 The reason behind the closure of The Brunei Times. This is still a surreal feeling. 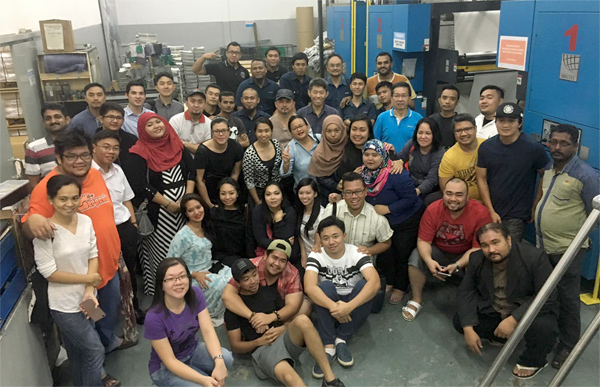 So many things that went through my mind and the feeling was just surreal, even now. The fact that The Brunei Times printed its final edition today 7th November 2016 has put almost the whole nation to state of sombreness and sadness. The Brunei Times began its journey since 1st July 2006 as it was launched at The Mall, Gadong. Now that’s almost 20 years in the making before the Board of Directors had to make an abrupt decision in shutting down its publication.

Yes, it is very sudden and it was more like a 48 hour notice given to roughly 130 staff working under The Brunei Times flagship. Such move is unprecedented and for a national paper to shut down in short span of time gave them less allowance for be ready for the reality check. There were no rumours circulating prior to the shut down. No subtle hints at all. I remembered one scene though that a friend from TBT rushed out from a wedding dinner that haven’t begun because he had to rush back to TBT’s office for urgent matters.

I had my fair share of reporting for The Brunei Times. I used to contribute articles to The Brunei Times in the early days. Some Home News and mostly Sports section. I would say that I really enjoyed the relationship I have with The Brunei Times and visited their office a couple of times.

There are many people I want to thank for during The Brunei Times’ era. There are just so many that it won’t be fair if I miss out anyone in particular. You know who you are and I deeply empathise what you are feeling or going through right now. I’ve never seen the over pouring of love and support for the staff of The Brunei Times especially on my social media news feed.

My thoughts are all of you and thank you for the wonderful memories you have given to the Brunei community. You have touched other lives with your news reporting and inspiring stories (People, Line of Duty) and we as the community appreciate what you have contributed. The one thing I observed from this closure is the unity among the staff and management of The Brunei Times. It’s a never ending journey as it will open new doors of opportunities. Some images taken by a few TBT reporters. 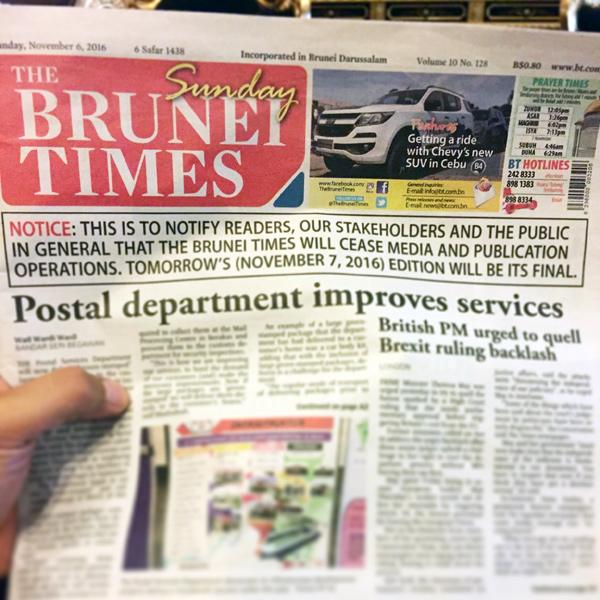 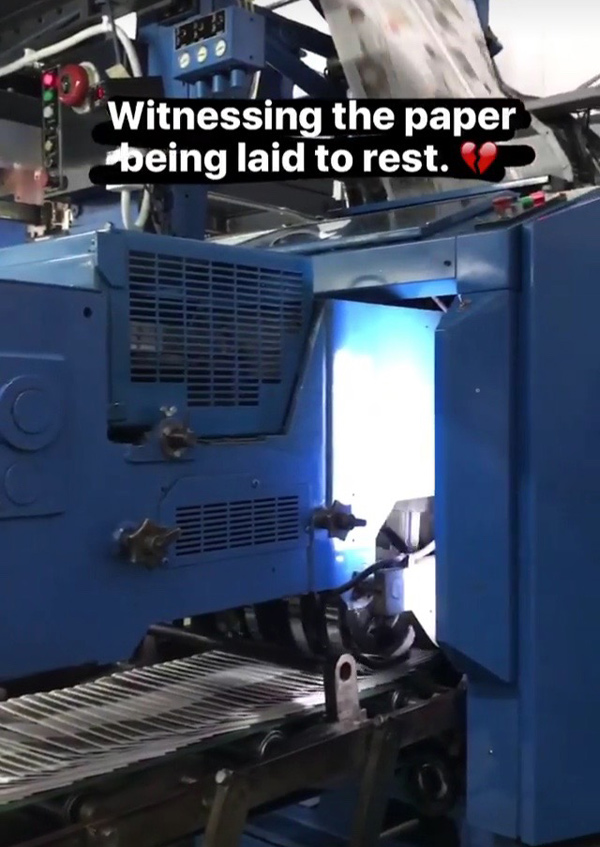 Will this be the last time we see this machine put to use? 🙁 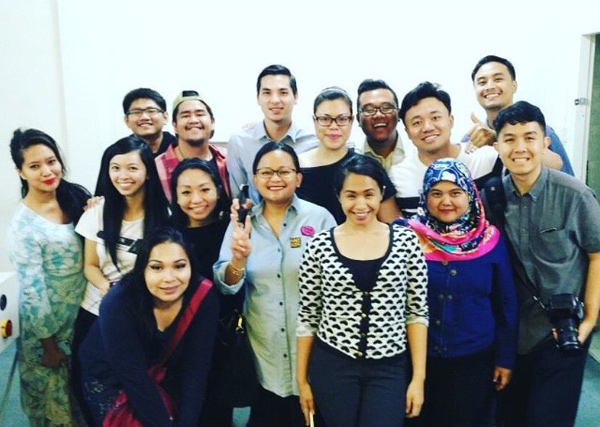 Thank you The Brunei Times for your contribution and efforts 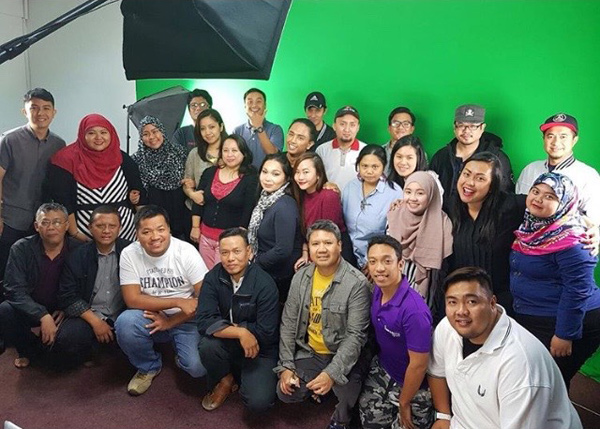 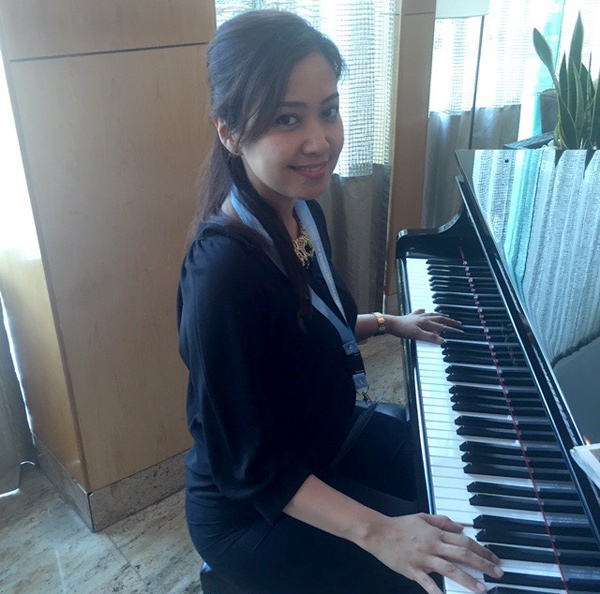 AJ, thank you so much for your help in these years and I truly appreciate the little things you have shown in your line of work 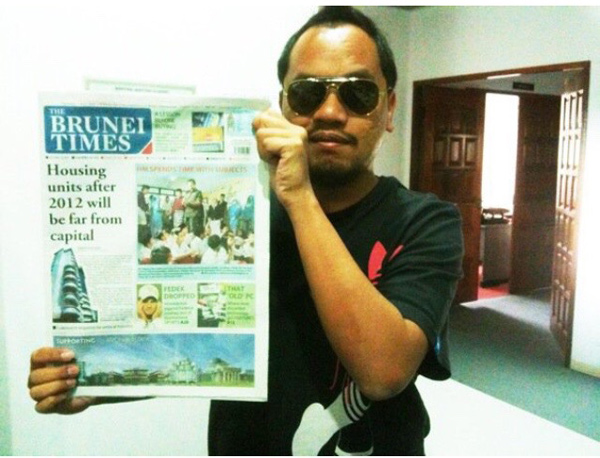 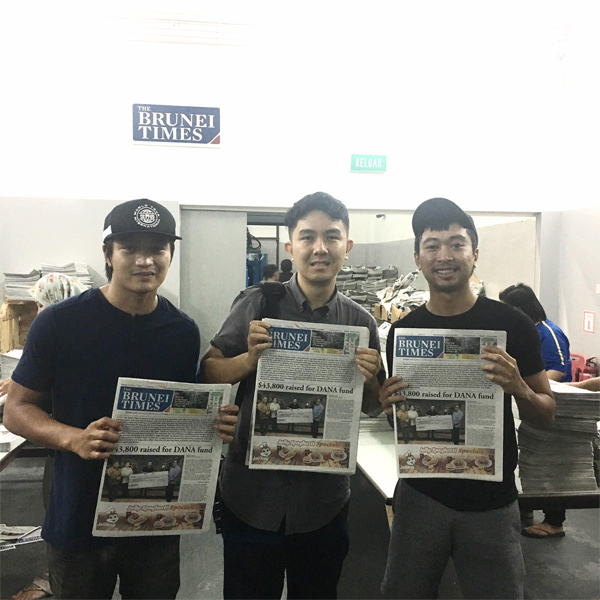 TBT photographers and videographer holding the final edition, fresh of the print earlier this morning