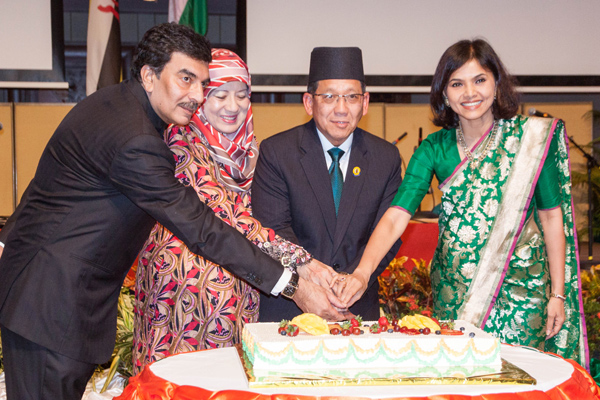 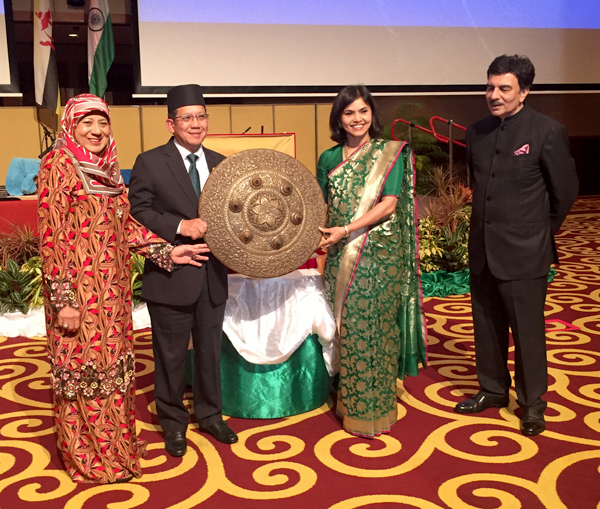 I was honoured to be part of India’s 71st Independence Day celebration held at the Indera Samudra Grand Hall, The Empire Hotel & Country Club last night. A big thank you to the High Commission of India to Brunei Darussalam for the invitation.

It was announced during the celebration that the Government of India will host a “Festival of India” in Brunei Darussalam from October to mark the Golden Jubilee of His Majesty Sultan Haji Hassanal Bolkiah Mu’izzaddin Waddaulah ibni Al-Marhum Sultan Haji Omar ‘Ali Saifuddien Sa’adul Khairi Waddien, Sultan and Yang Di-Pertuan of Brunei Darussalam’s accession to the throne. Now that’s really good news to hear to see India announcing the upcoming event which was announced by Her Excellency Nagma Mohamed Mallick, the Indian High Commissioner to Brunei Darussalam

Her Excellency Nagma Mohamed Mallick shared some insights and milestone since India gained independence for the past 70 years. India has a current population of 1.25 billion with a surplus production of food grains, exporting wheat and rice to the world and also ranking first in the world in milk production. India is also the most diverse country in the world with 29 states, 22 official languages and 1652 languages and dialects.. Just wow!!!!

India also has a GDP in absolute terms of USD 2.45 trillion and is the 6th largest economy in the world. The economy has grown with an average annual growth rate of over 7% over the past 3 years. There are over 1 billion mobile phone connections, 300 million own smartphones and around 400 million are connected online. The investor-friendly policies adopted by the Indian government allows India to receive sizeable foreign investment of USD 113.8 billion over the last three years.

Her Excellency mentioned that energy usage in India is rapidly evolving towards ever greater use of renewable energy as fossil fuels already provide only around 67% of energy demand. India has pledged to increase the share of renewable energy to 40% by 2030. Did you know that India is a founder of the International Solar Alliance, a coalition of 121 solar energy-rich prospective member countries located between the Tropics of Cancer and Capricorn?

Another milestone is the Digital India initiative which aims to unite India on a common digital platform by 2019 to make available government services online on a real time basis. and set up a pan-India fibre optic network. India now ranks 3rd globally in terms of the number of start-ups and is the world’s youngest start-up nations (majority are less than 35 years old).

A new change was also introduced in India which is the Goods and Services Tax as The Act is a destination-based tax on goods and services in which only value addition will be taxed. It paves the way for a common rational market of 1.25% billion consumers and is expected to reduce the overall tax burden on goods from the current 25-30% down to an average of around 15%.

Her Excellency echoed what India Prime Minister Narendra Modi shared that “the next five years must be about “Sankalp se Siddhi, a resole which will lead us to accomplishment”.

During the celebration, a renowned musician, Pt. Vikash Maharaj, and his sons, played four Hindustani Classical music to the delight of the attendees. They played the Sarod, a stringed instrument from the Hindustani classical music tradition of India. Apparently it’s tougher to play the guitar and one of Pt. Vikash Maharaj’s sons has been playing the sarod since he was three years old.

Thank you once again to the High Commission of India for the invitation. 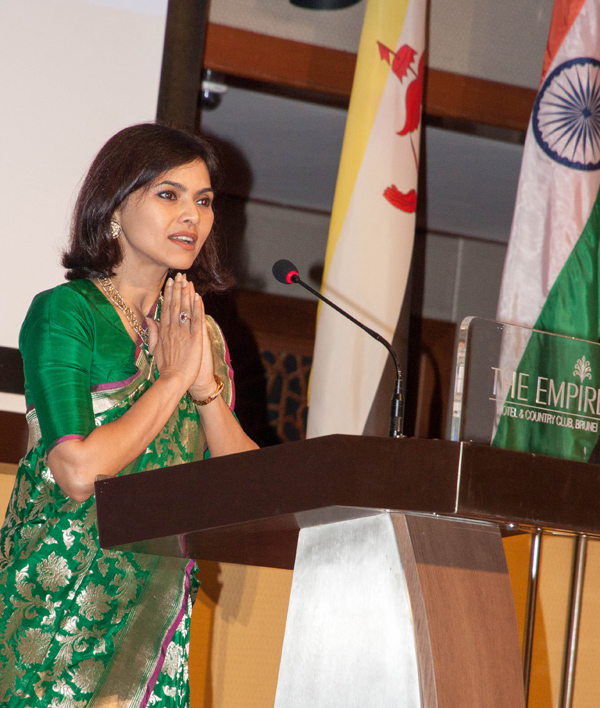 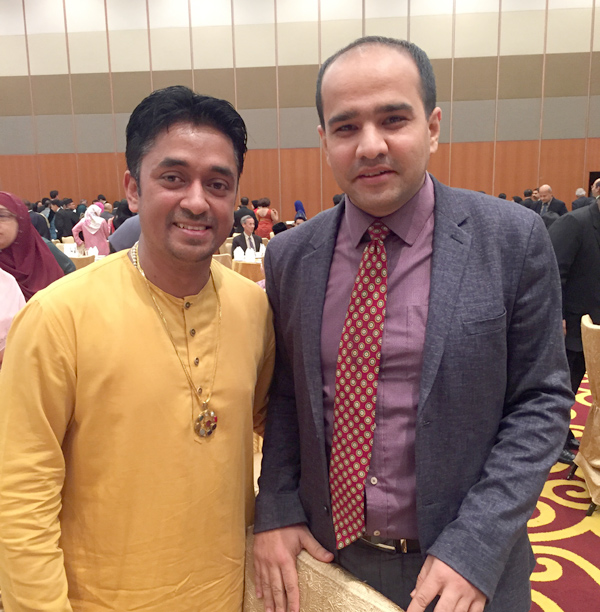 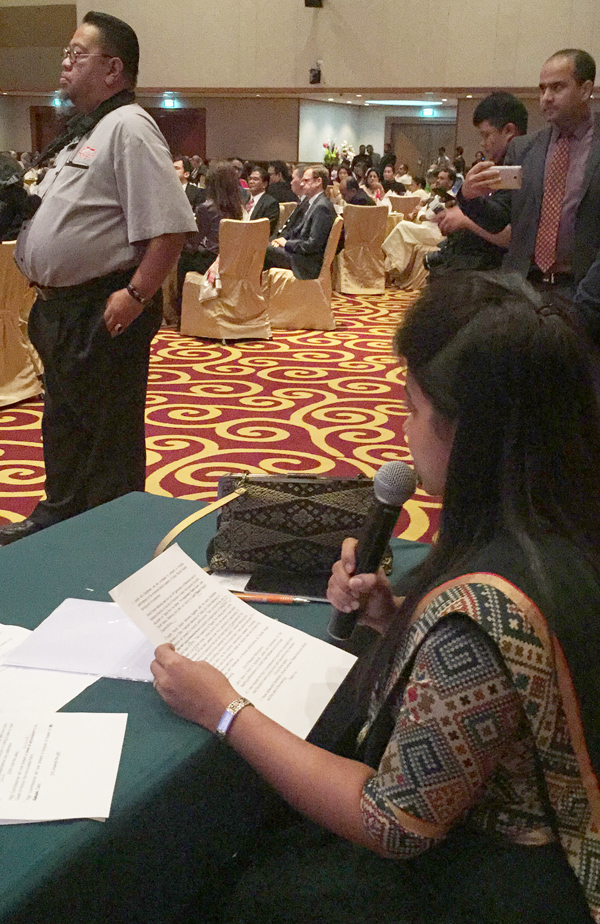 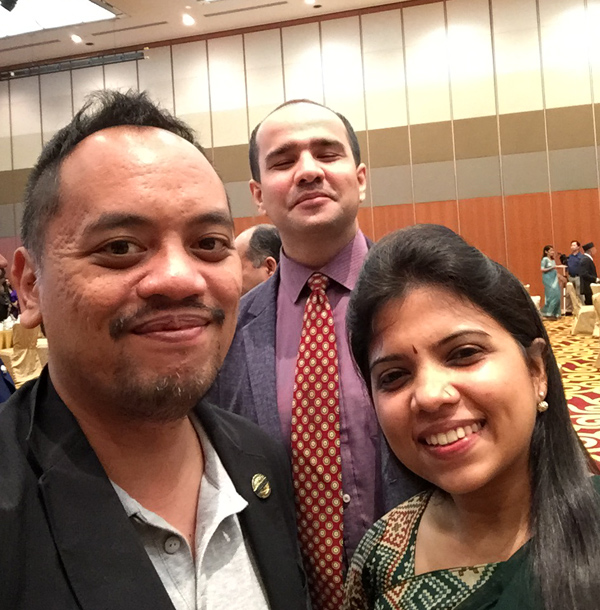 Wefie during the event 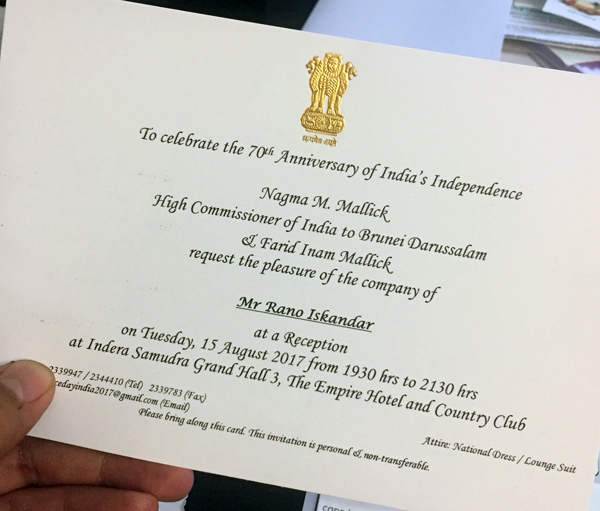 Thank you for the invitation 😀