Warning: count(): Parameter must be an array or an object that implements Countable in /home/rano365/public_html/wp-content/themes/yoo_nano2_wp/warp/systems/wordpress/helpers/system.php on line 61
 Rano360.com » Audi quattro Cup Brunei Charity Golf Tournament 2017 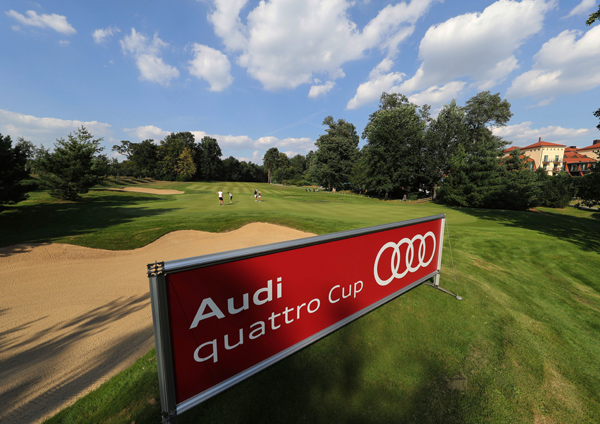 Are you ready for the Audi quattro Cup Brunei Charity Golf Tournament 2017?

Since its launch in 2010, the Audi quattro Cup Brunei has donated over $100,000.00 to various local charities and NGOs. For this year’s event, golfers’ entry fees will be donated towards the National Welfare Body Fund under the Community Development Department JAPEM. All golfers are welcomed to participate.

Attractive ‘Hole-in-One’ prizes also await participating golfers: a Victory and Royal Enfield motorcycle, an Audi A4 Sedan and Audi Q3 SUV. Not bad at all 😀

A lucky draw will also be held for all participating golfers during the trophy presentation.

The World Final in Mexico with more than 47 countries participating will be held from December 1st until 5th, the winners of all national Audi quattro Cup qualifiers will meet at the Quivira Golf Club Los Cabos to compete for the final victory. 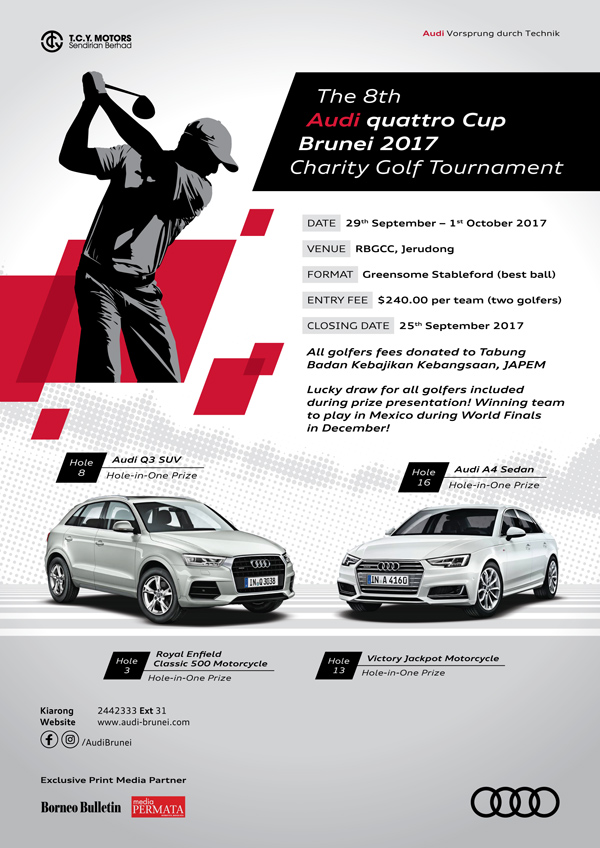