Warning: count(): Parameter must be an array or an object that implements Countable in /home/rano365/public_html/wp-content/themes/yoo_nano2_wp/warp/systems/wordpress/helpers/system.php on line 61
 Rano360.com » The new Audi Q5: it’s like a smart phone on wheels! 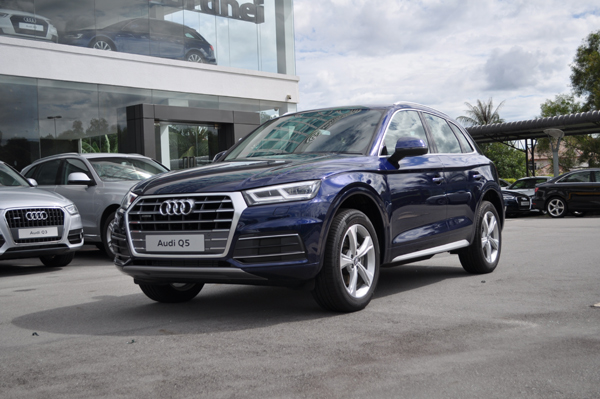 The Audi virtual cockpit – a TFT display with a 12.3-inch diagonal and 1,440 x 540 pixel resolution. It shows intricately rendered graphics. 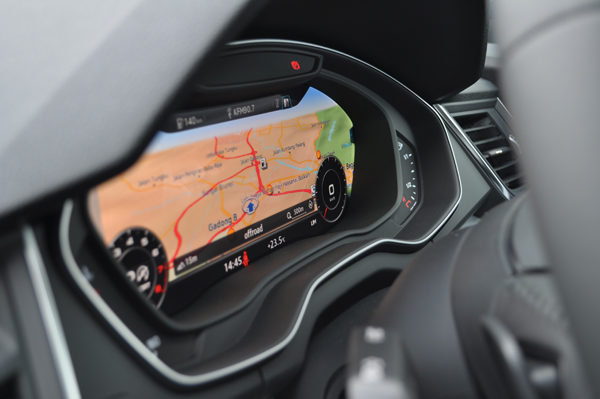 The driver can switch between two views by pressing the “View” button on the multifunction steering wheel. In Infotainment mode, a central window dominates the view – it provides a lot of space for the navigation map or lists from the Phone, Radio and Media areas. The tachometer and speedometer are displayed as small round instruments on the right and left. In a second, classic view, they appear about as large as analog instruments, and the middle window is smaller.

The Audi virtual cockpit is operated from the multifunction steering wheel plus. Using switches on the left steering wheel spoke, the driver pages through the menus for the on-board computer, audio system, and – depending on the installed features – for the phone and navigation. Located on the right side of the steering wheel are the volume roller, the voice control button, express phone controls and the skip function for quickly changing the radio station or song.

MMI navigation plus with MMI touch or MMI all-in-touch tops the infotainment line-up. It adds an 8.3-inch monitor with 1,024 x 480 pixel resolution. With the handwriting-recognition technology, the driver may write their entry rather than selecting letters or numbers. This makes it easier map navigation using the touchpad.

The Audi smartphone interface brings Apple Car Play and Android Auto into the car. When a customer connects an iOS or Android cell phone (iOS 7.1 or higher, Android 5.0 Lollipop or higher) to the USB port, smartphone content such as Navigation, Phone, Music and select third-party apps are made available. They can be conveniently operated by MMI or voice control.

Audi has designed both applications especially for use in the car. The core content here is online music with access to the entire range of music from Google Play Music and iTunes. There are also navigation and notification functions as well as schedule reminders. New third-party apps like Pandora, Spotify and WhatsApp will further expand the range of features.