Warning: count(): Parameter must be an array or an object that implements Countable in /home/rano365/public_html/wp-content/themes/yoo_nano2_wp/warp/systems/wordpress/helpers/system.php on line 61
 Rano360.com » Audi closes 2017 with new record-breaking sales 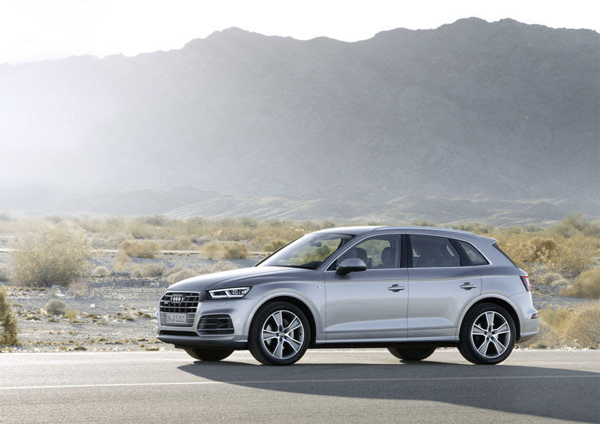 AUDI AG has increased its global sales for the eighth year in a row. Despite a turbulent first half of the year, the company achieved a new record-breaking figure: Around 1,878,100 deliveries represent an increase of 0.6 percent. The Four Rings sold more than in the previous year in all three core markets in 2017: In the United States, Audi achieved new record-breaking sales month by month and closed the year 2017 with growth of 7.8 percent. In China, Audi not only managed to offset the poor delivery figures from the first half of the year, but even achieved a cumulative increase of 1.1 percent in the year-end spurt. In Germany, sales built on the very high level in 2016 with an increase of 0.4 percent.

“Despite a very challenging situation we achieved positive growth in all core markets in 2017 and achieved a new record-breaking sales result worldwide. Every single market contributed to this outcome. This demonstrates the attractiveness of our product portfolio to our customers,” says Bram Schot, Board Member for Sales and Marketing at AUDI AG.

Since June, Audi has managed to return to growth in China, steadily reducing the cumulative year-on-year decline month by month and ultimately achieving a positive sales balance. In the period January through December, the brand increased its deliveries by 1.1 percent to 597,866 automobiles. With this new all-time high, the company continues to maintain its lead in the Chinese premium market. Following on from its similar achievement in November, China also posted the highest volume growth of any individual market in the last month of 2017. Here the sales figures once again increased sharply, up 34.3 percent to 69,160 automobiles year-on-year. Never before had so many Chinese customers taken delivery of an Audi in a single month. 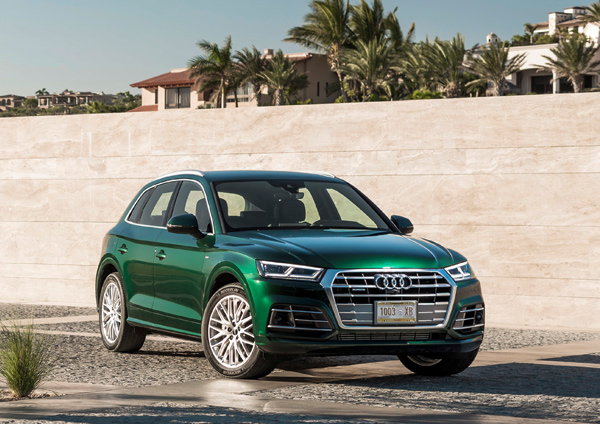 The new Audi Q5 will be launched in Brunei in February 2018. Stay tune 😀

Audi of America also achieved another successful year despite the declining overall market.Audi was the only premium manufacturer in the United States to grow steadily in 2017: up 7.8 percent to 226,511 units. In December 2017, the company also celebrated its 84th record-breaking month in a row (+16.3% to 26,977 units).

With high growth throughout the year, Audi Canada (+17.9% to 36,007 cars) also established itself as a firm fixture among the top ten largest markets.

Despite numerous political and economic uncertainties, sales in Europe rose 0.4 percent to around 860,600 cars. In addition to Germany (+0.4% to 294,544 cars), Italy (+10.5% to 68,954 cars) and France (+3.6% to 63,980) achieved new annual record-breaking figures. The market downturn in the UK had a negative impact on overall results: With 175,217 deliveries and a drop of 1.3 percent, total Audi sales in the United Kingdom, however, comfortably outperformed the declining overall market.

The global increase in demand for the Q models (+10.8% to around 689,150 cars) was a major factor in the growth of the Four Rings in 2017. More than one out of every three Audi models sold was therefore an SUV. The best-selling Q model in Europe is the Q2. Apart from Germany (23,167 units), other major buyers here included the UK (12,636 units) and Italy (11,068 units). Global sales of the Audi Q3 once again increased in December (+11.3% to around 20,950 cars). In 2017, the most successful member of the Q family was the Audi Q5 with around 281,850 automobiles delivered. The most Audi Q5 models were delivered to the individual market China. The successor model will go on sale at Chinese dealers as a long-wheelbase version in spring 2018. The Audi Q7 also saw sales increase by 3.9 percent in 2017. Since the start of the year, sales of the full-size SUV have increased in North America alone by about a fifth to around 43,800 units.