Warning: count(): Parameter must be an array or an object that implements Countable in /home/rano365/public_html/wp-content/themes/yoo_nano2_wp/warp/systems/wordpress/helpers/system.php on line 61
 Rano360.com » Sabre Sizzling Fare Promotion 2019 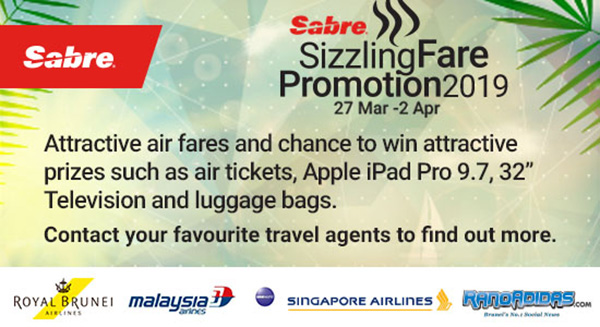 Attractive fares to destinations serviced by Royal Brunei Airlines, Malaysia Airlines and Singapore Airlines can be obtained from one of the 23 locations of the 14 participating travel agents.