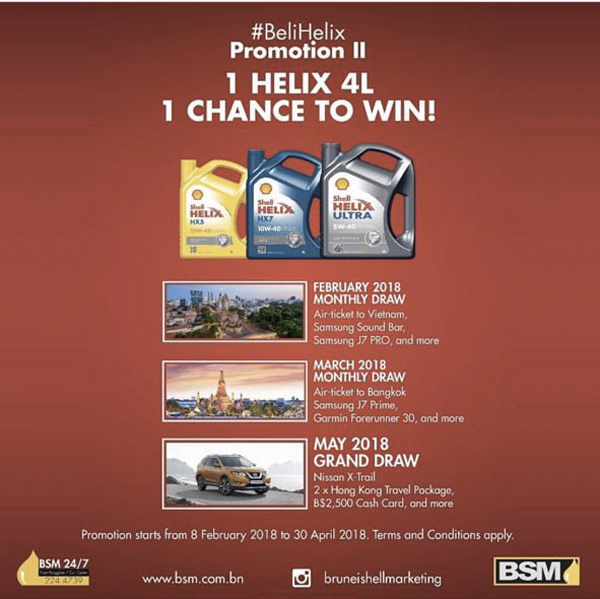 Brunei Shell Marketing Co. Sdn. Bhd. (BSM) launches another round of #BeliHelix promotion after the great response from the last promotion which commenced from 1st November 2017 until 31st January 2018. The Grand Prize for the first promotion is a BMW 1 Series with the first runner up getting Dubai tour packages for 2 persons and B$2,500 cash card for the second runner up, in addition to other consolation prizes. The prize presentation will be held on 25th February 2018 at Times Square. Monthly draw winners have been announced in previous months and all of them are also eligible for the grand draw.

This second promotion is to give our customers another chance to win more exciting prizes. It will be held for a period of three months starting from 8th February 2018 until 30 April 2018. Similar to the first promotion, there will be five (5) monthly draw prizes to be won for the months of March and April. The Grand Draw of the #BeliHelix Promotion II is set to be held in May 2018. The date and venue for the grand draw shall be announced by BSM in due course.

The #BeliHelix promotion II comprises of monthly consolation prizes such as air tickets, latest gadgets, electrical appliances and more. For this round, the Grand Prize will be a unit of the latest Nissan X-Trail. First runner up will be a Hong Kong Travel Package for two persons and the second runner up will receive B$2,500 cash card. Other consolation prizes will also be available for the lucky customers.

Shell Helix customers will be entitled to one (1) entry form for each purchase of 4L of Shell Helix Motor Oil which comprises of Shell Helix Ultra, Shell Helix HX7 and Shell Helix HX5. Drop boxes for completed entry forms are available at participating BSM Authorised Distributors, Dealers and Retail Stations which can be located from www.bsm.com.bn.

According to independent worldwide consulting and research firm, Kline & Company’s Global Lubricants Industry: Market Analysis and Assessment 2017 report, Shell has been named the world’s lubricants No.1 global supplier for the 11th consecutive year.

Shell Helix Ultra with PurePlus Technology is a next-generation, fully synthetic premium motor oil made from natural gas making it stronger and less volatile at the molecular level than those made from traditional crude. Key benefits include performance through engine stress, superior protection against wear, protecting the engine in extreme temperatures and it is designed for ultimate power and performance. Engine manufacturer partners including BMW Motorsport, Hyundai Motorsport, Maserati and Scuderia Ferrari use and trust Shell Helix Ultra. The Shell Helix portfolio is suitable for both Diesel and Gasoline engines. 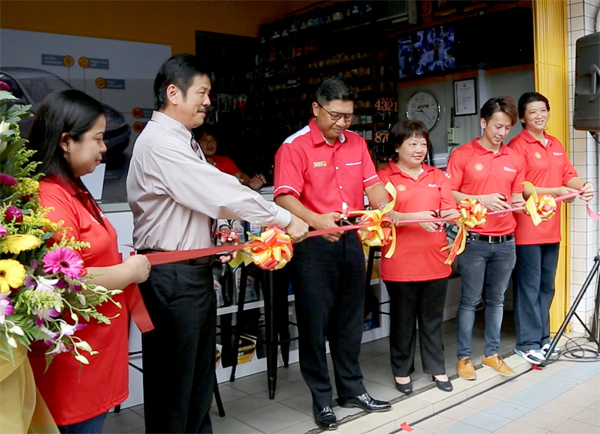 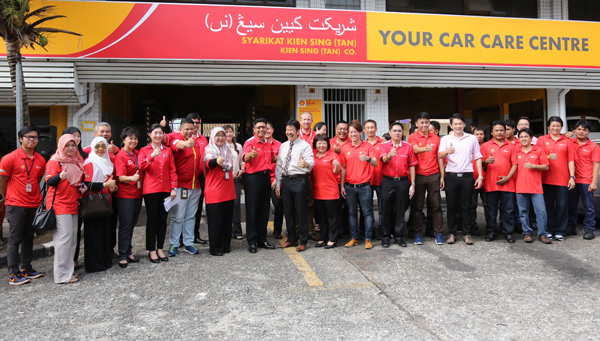 Kien Sing (Tan) Co. (KST) yesterday launched a Shell Helix Branded Workshop at their Madewa outlet. Apparently they have four outlets and the Madewa branch is the first of its outlet to be branded in to Shell Helix Workshop.

Did you know that the company has been in existence since 1960s? And they started off the business by selling bicycles in Bandar. They later relocated to Gadong, being the main outlet and the second one opened at Seri Complex specializing in car repairs and spare parts. Now they have four outlets and still going strong.

The revamped workshop will also help to cater to the younger generation as most of their clienteles are the “aunties and uncles”. I quite like the overall feel of the workshop and with this collaboration, it will help to bring a better service to the customers.

In conjunction with the launch, KST is pleased to announce a three days free oil change promotion. With any purchase of Shell Helix lubricants and oil filters at their Madera outlet, customers are entitled to an oil change free of charge. Term and conditions apply. For more information, please contact 265 6722 or visit their outlet at Spg 618, Kim Sa Complex, Kg Madera, Jalan Tutong. 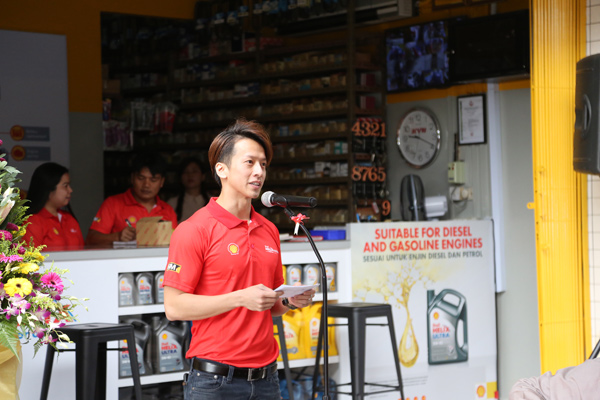 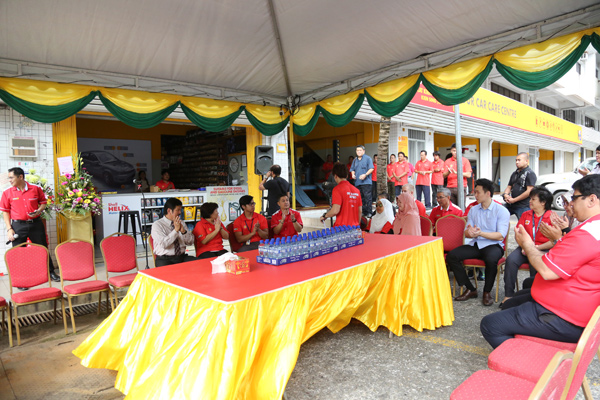 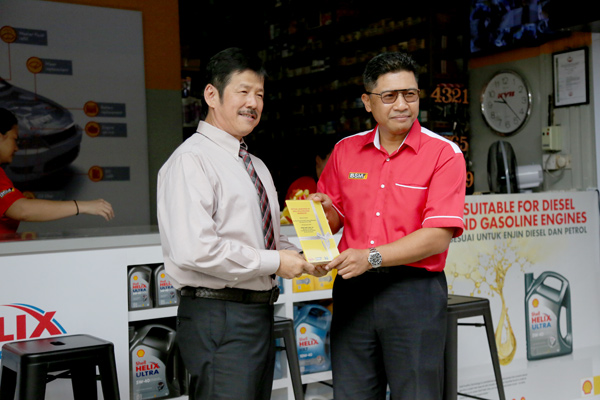 A token of appreciation to Pg Shamhary 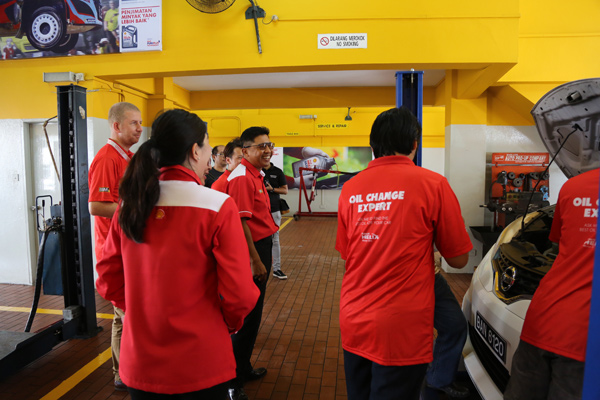 Pg Shamhary touring around the workshop 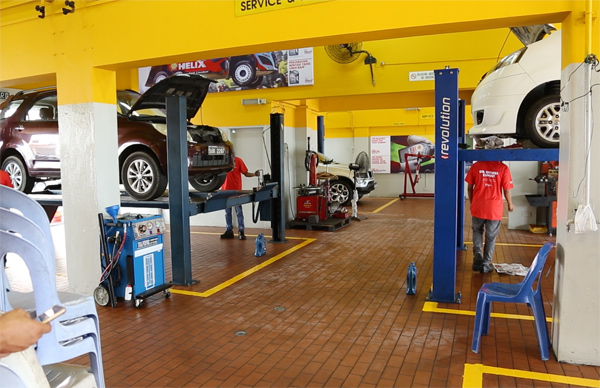 The interior look of the KST 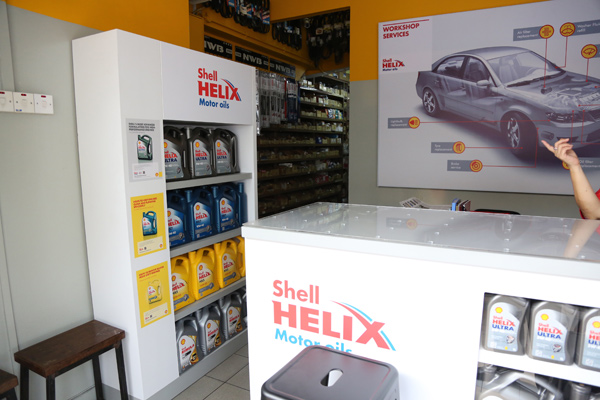 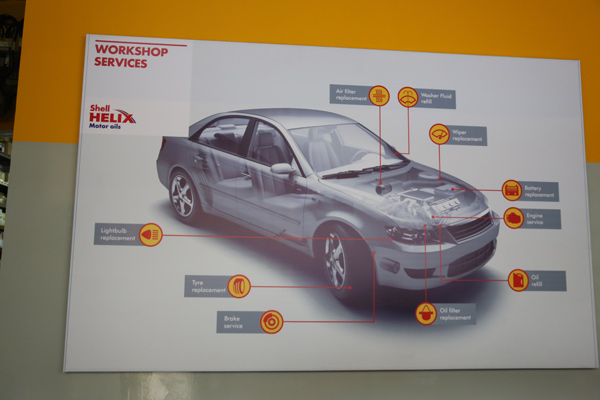 Seng Yee and I were on duty during the launch 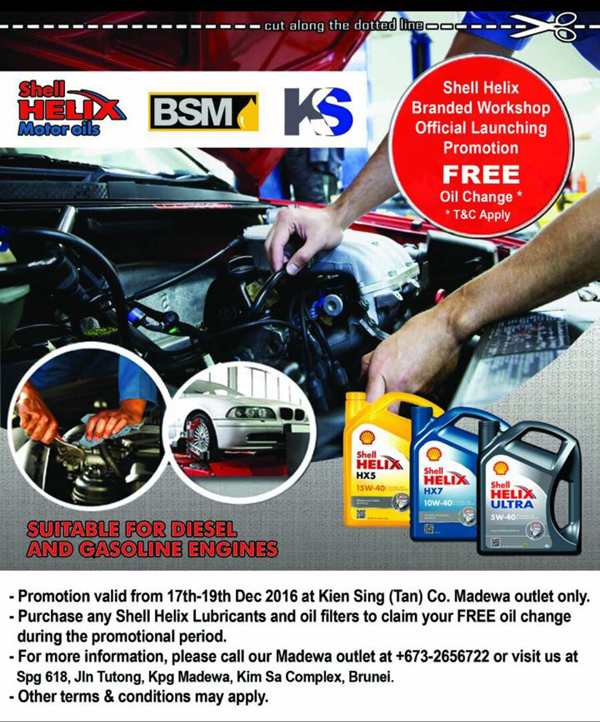 The special promotion from KST