Warning: count(): Parameter must be an array or an object that implements Countable in /home/rano365/public_html/wp-content/themes/yoo_nano2_wp/warp/systems/wordpress/helpers/system.php on line 61
 Rano360.com » Japanese Language and Culture Week 2018

The Embassy of Japan in Brunei, together with the Japan Foundation and Times Square, will be co-organising “Japanese Language and Culture Week” from Friday 2 to Sunday 4 February 2018 at Times Square.

The event aims to introduce traditional Japanese culture and promote the Japanese language, whilst also highlighting opportunities for studying in Japan. There will be exhibition booths and on-stage demonstrations including a live showcase of new Japanese music, graffiti-art workshops, Japanese Martial Arts demonstrations, exhibitions of traditional Japanese toys, Japanese cooking, a Yoyo and Kendama showcase and Yukata (Japanese casual summer kimonos) dressing up with a commemorative photo service.

The new Japanese music showcases will be led by the musician group, named the” Ryoma Quartet “ from Japan.The band is a fusion of west meets east and old meets new. They will conduct a live performance with a violin and three traditional Japanese musical instruments; three-stringed shamisen, shinobue flute and tsuzumi hand drum. The musicians have been performing together as well as undertaken solo projects, developing music as a band and as individuals. The band is known for the members’ professional performance skills and stage presence, as well as their uniform, Montsuki Hakama (a traditional Japanese costume for men) which represents their determination to perform professionally. 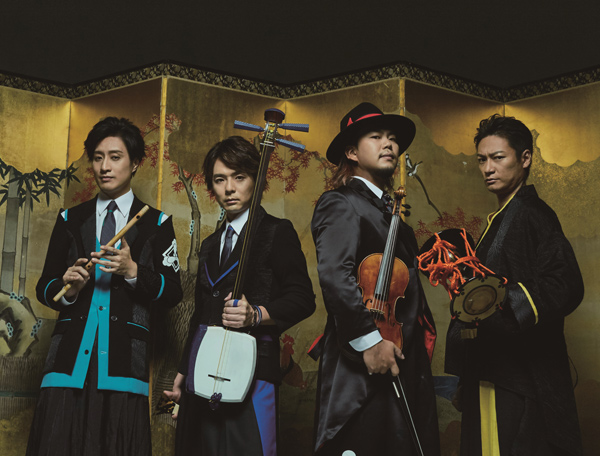 A musician group, named the” Ryoma Quartet “ from Japan 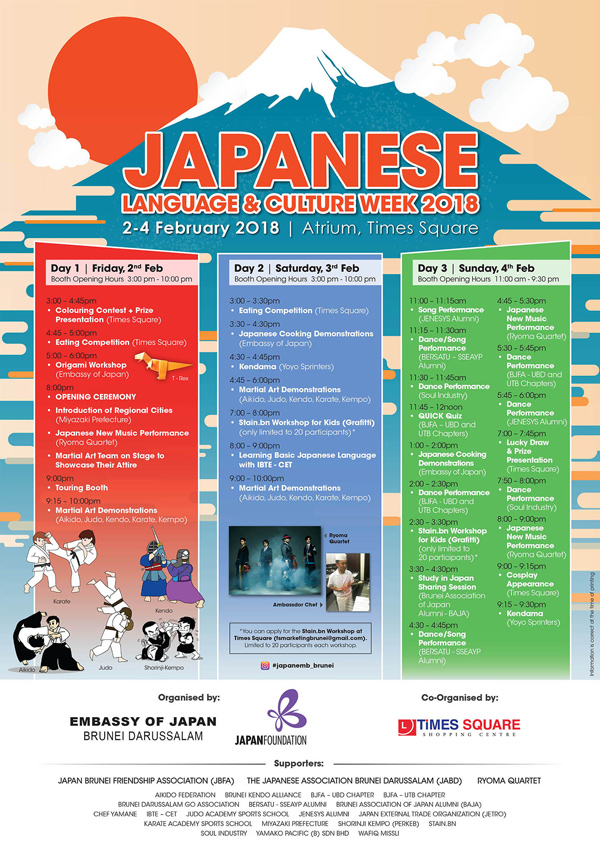