Warning: count(): Parameter must be an array or an object that implements Countable in /home/rano365/public_html/wp-content/themes/yoo_nano2_wp/warp/systems/wordpress/helpers/system.php on line 61
 Rano360.com » Awards for Audi in fall 2018 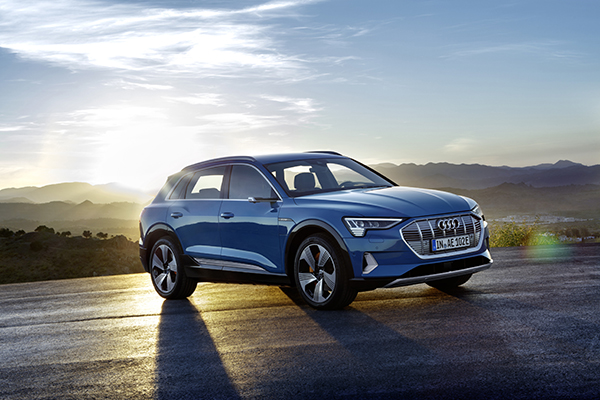 “Best of the Best” award in Spain: Audi e-tron is SUV of the Year
Publishing group Spainmedia singled out the fully electric powered Audi e-tron as best SUV of the year. Apart from the efficient drive technology, the premium character and the quality of the full-size SUV were particularly compelling. Spainmedia publishes the Spanish edition of the renowned luxury magazine “Robb Report” and presents its “Best of the Best” awards for products and services in twelve categories. These include watches, wines and cosmetics as well as the two automobile categories SUVs and new products. The field of entrants included more than 50 car models.
(October 2018)

German Car Awards 2019: second place for the new Audi A6
The new Audi A6 took second place in the German Car Awards 2019. 59 models with an entry-level price under 100,000 euros competed for the awards. All these models were launched over the past twelve months in Germany. A 14-strong jury tested five of them on public roads and on the Bilster Berg racetrack near Paderborn. The automotive journalists and experts assessed a total of 12 categories, including driving pleasure, safety, comfort, infotainment, design and quality. Once again the Audi A6 proved to be a balanced, versatile multitalent in the full-size class.
(November 2018)

“Best of Show”: Audi 100 Coupé S in “Great Wall” classic rally in China
This year participants clocked up more than 500 kilometers (310.7 mi) in the “Great Wall” classic rally in China, organized by German magazine Auto Bild. Three automobiles lined up on the starting grid for Audi China: an Auto Union 1000SP, an Audi 200 and an Audi 100 Coupé S. The coupé took the “Best of Show” award in the Yanqi Island Concours d’Elegance. Audi secured the runner-up slot in the team rankings for the rally.
(October 2018)

Audi R8: award from CNET in the United States
The CNET consumer portal awarded the Audi R8 V10 RWS Coupé (combined fuel consumption in l/100 km: 12.4 (19.0 US mpg); combined CO2 emissions in g/km: 283 (455.4 g/mi)) the “Editor’s Choice Award” in the “Roadshow” category. The 540-hp high-performance sports car scored 9.1 out of a possible ten points; the car also came away with 9.5 points in the two individual rankings of “Performance” and “Media.” According to the jury’s verdict, the rear-wheel drive takes the excellent R8 driving experience to a new level and turns the Audi R8 V10 RWS Coupé into an exclusive option. CNET tests and assesses high-quality products and uses its “Editor’s Choice Award” to single out the best product in a total of 20 different categories.
(October 2018)

Gold and Silver: “Q8 Unleashed” at the Cannes Corporate Media & TV Awards
The Golden Dolphin for the best webisode of the year went to Audi. That was the jury’s verdict at the Cannes Corporate Media & TV Awards. The five-part mini-series entitled “Q8 Unleashed” about a young couple from California came to life as part of the advance communications campaign for the world premiere of the Audi Q8. Produced in collaboration with Kropac Media GmbH, the series provided the first glimpse of the new SUV. In the “Best Integrated Communication” category, the Q8 Unleashed campaign was awarded Silver. Besides internal channels, the series was also shown on YouTube and Amazon Prime Video.
(September 2018)

Audi obtains top results in digital services: victories with Forrester study and Auto Bild
Vorsprung in the digital world: A study by IT research company Forrester Research in Cambridge, Massachusetts (United States) singled out Audi as the “Strongest Performer in European Automotive Websites.” Audi’s digital offerings stood out in particular for their user experience and superb functionality. Users receive tailored offerings and, in turn, excellent content support for their decision. Top spot also went to the Audi vehicle configurator with a test organized by Auto Bild in August, further testimony to the brand’s success. The large amount of information provided was especially compelling. The magazine also praised the “impeccable presence on the net.”
(September 2018) 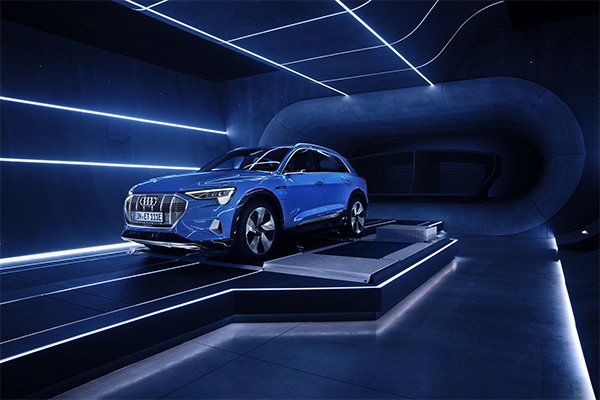