Warning: count(): Parameter must be an array or an object that implements Countable in /home/rano365/public_html/wp-content/themes/yoo_nano2_wp/warp/systems/wordpress/helpers/system.php on line 61
 Rano360.com » Porsche Road Tour 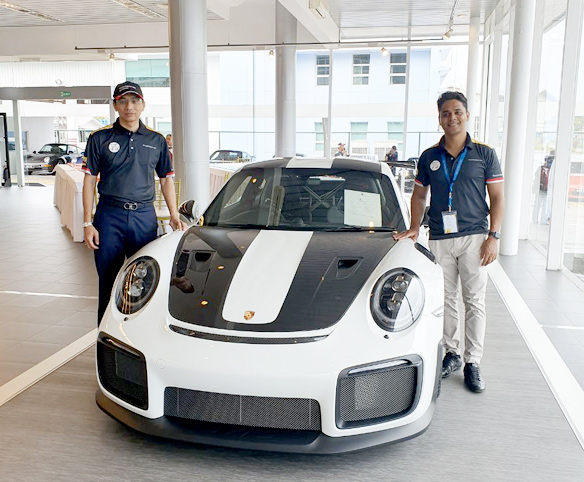 It has been a while since such activity was done – a convoy among Porsche owners organised by QAF Eurokars, the official importer and deal of Porsche vehicles in Brunei Darussalam. Two Sundays ago, it was made possible by QAF Eurokars and Porsche Owner Group and the convoy event was in commemoration on His Majesty’s 73rd Birthday celebration.

The event lasted 7 hours where more than 30 classic and new Porsche owners showed up and it was inclusive of breakfast, lunch, lucky draws, back-and-forth ride from Bandar to Kuala Belait and certificate presentation.
i
It was kinda cool to even see Pengiran Mohd Amirrizal bin Pengiran Haji Mahmud, Permanent Secretary (Administration, Finance and Estate) at the Ministry of Culture, Youth and Sports, the guest of honour, to attend the whole session of the event. He drove the much new powerful Porsche Panamera. I test drove it before and it was such a ride.

Lahiru de Silva, Acting Deputy General Manager of QAF Eurokars, was very pleased that such event was a success as the road tour brought different eras of the Porsche brand with its cultural values which are pioneering spirit, passion, sportiness and family. The Porsche road tour also help to gather the community that is an extension to the Porsche family.

It was raining cats and dogs prior to the flag off but it didn’t dampen the spirit of the Porsche owners as they were quite anticipating the 178-kilometre convoy from Bandar to Kuala Belait and back.

The breakfast and briefing took place at Porsche Centre Brunei at Beribi Light Industrial Area. Participants were also given event T-shirts and caps to commemorate the event.

The flag off was initiated by the guest of honour followed by the Acting Deputy General Manager of QAK Eurokars.

The convoy’s first landmark was Jame’ ‘Asr Hassanil Bolkiah where a group was taken with the participants. Then the convoy drove along Batu Satu to drive pass another significant landmark, Istana Nurul Iman, the official residence of His Majesty. Along the way, the convoy drove pass Jerudong Park’s iconic Crystal Arch in Jerudong before settling for a drive cruise along the highway, heading to Kuala Belait.

Upon arriving the Belait District, the convoy drove by the Tea Pot Monument before reaching V-Plaza Hotel by the Belait River. Lunch was served at the said hotel and lucky draw was also held where the grand winner walked away with a Porsche duffle bag.

By 3pm, the convoy drove back to Porsche Centre Brunei where the guest of honour presented the participants certificates for being part of the Porsche Road Tour in commemorating His Majesty’s 73rd Birthday celebration. 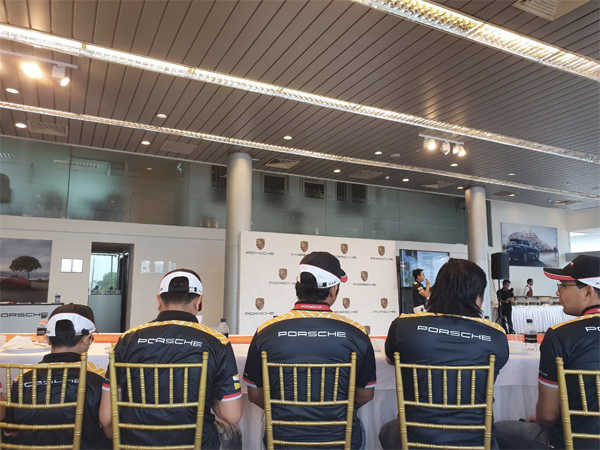 Participants listening to the briefing 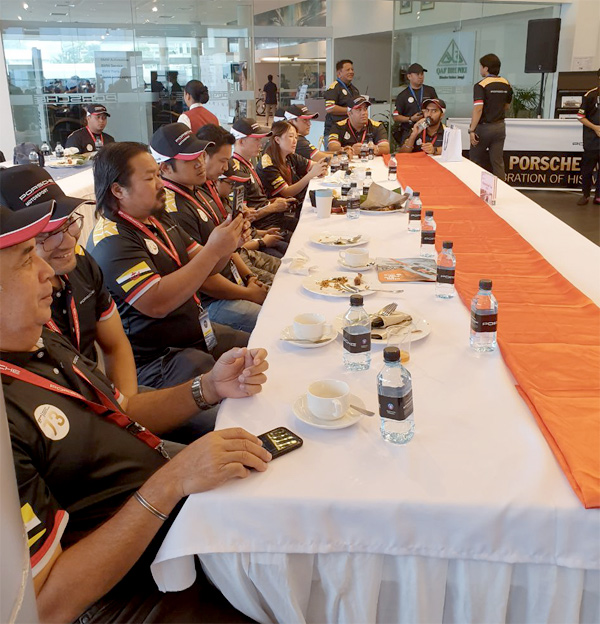 Breakfast was served before the convoy 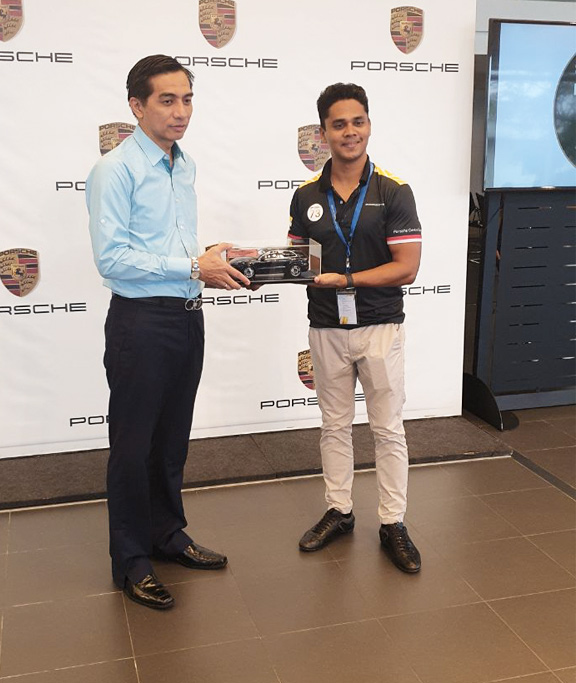 The token of appreciation for the guest of honour 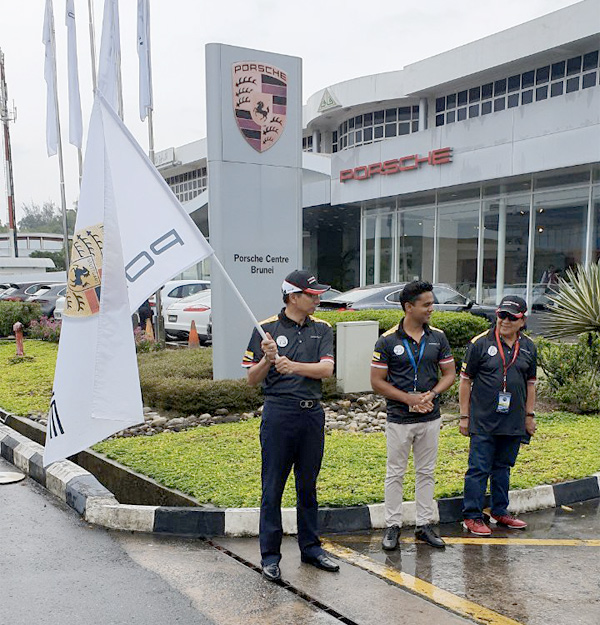 Flag off by the guest of honour The tailgate of the convoy at the Beribi Light Industrial Area 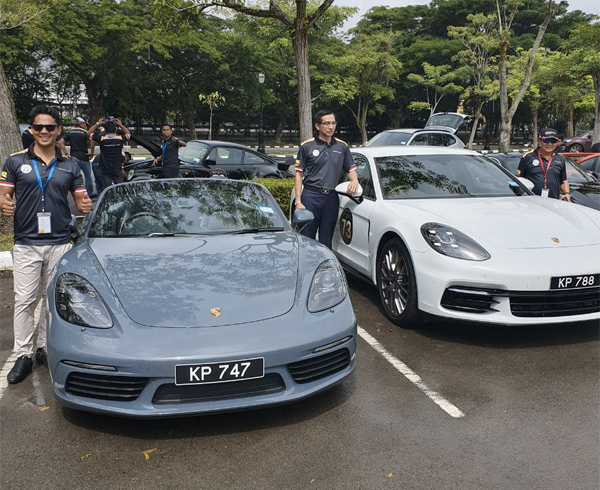 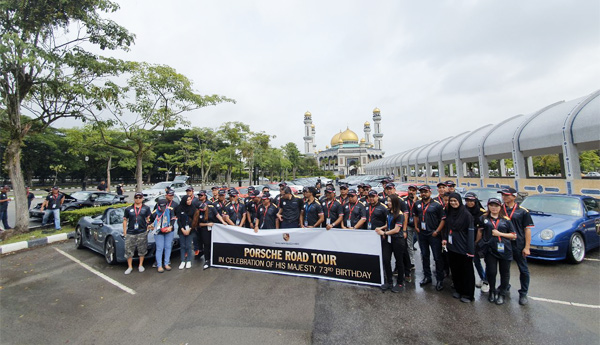 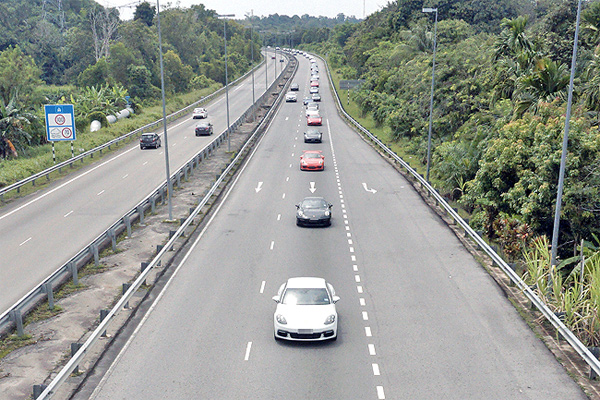 The convoy along the highway 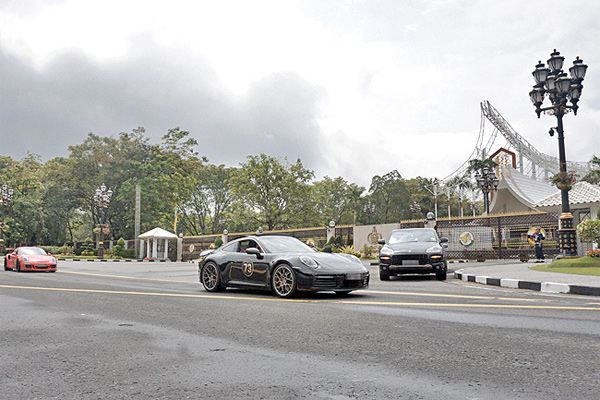 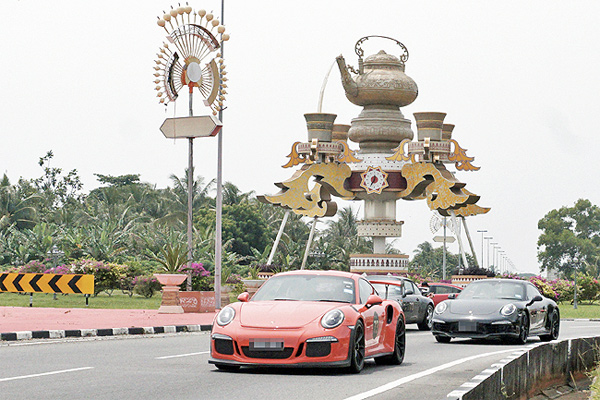 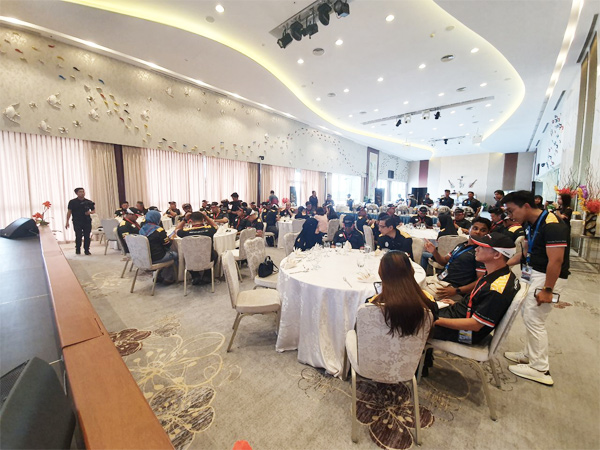 Certificate of participation to the Porsche convoys