Warning: count(): Parameter must be an array or an object that implements Countable in /home/rano365/public_html/wp-content/themes/yoo_nano2_wp/warp/systems/wordpress/helpers/system.php on line 61
 Rano360.com » KB Sentral Lucky Draw 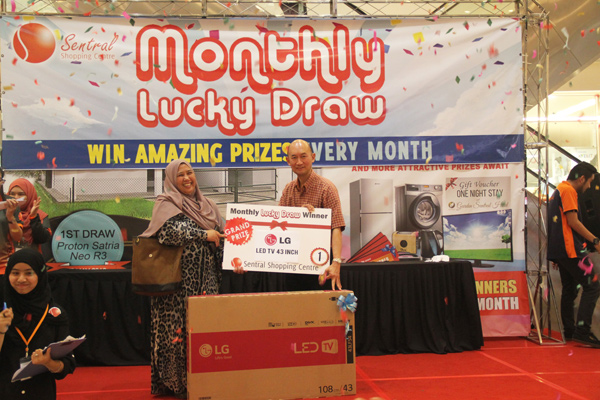 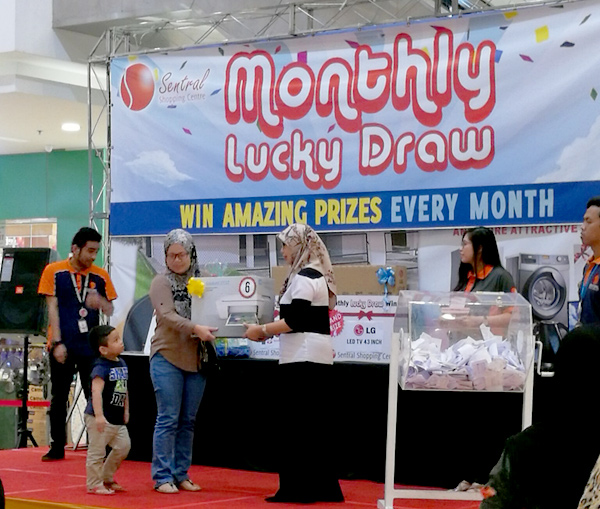 Sentral Shopping Centre has just completed its Monthly Lucky Draw for the month of November on Sunday, 27th November 2016 at 2.00 pm yesterday. With about 500 short-listed, Sentral Shopping Centre was filled with a huge crowd of hopeful winners but only 16 lucky ones were picked. The prizes range from household appliances to meal voucher to one night stay at Garden Sentral Hotel as well as a LG Brand 43 Inch LED TV for the first winner prize.

The Guest of Honor for the Grand Lucky Draw was Yang Mulia Awang Mr Chang See Tang, Managing Director of Beesket Brunei Store in KBSentral. A total of 16 prizes were given away yesterday. The event commenced with a welcoming speech by the Marketing & Events Manager, Ahmad Anwar Rosly, who proceeded to draw the first 6 winners. It was then preceded by Studio Programming RTB KB Supervisor Dayang Naemah Awang, to draw another 5 winners. Mr Chang then proceeded to draw the other 5 top lucky winners. In between the draws, quiz questions were asked to the audience and the prizes to these quizzes were Cash Vouchers from various outlets under KBSentral.

The other top three winners won themselves prizes which includes Philip Brand electrical appliances such as Blender, Coffee Maker, Rice Cooker, Toaster and a Yappe printer. 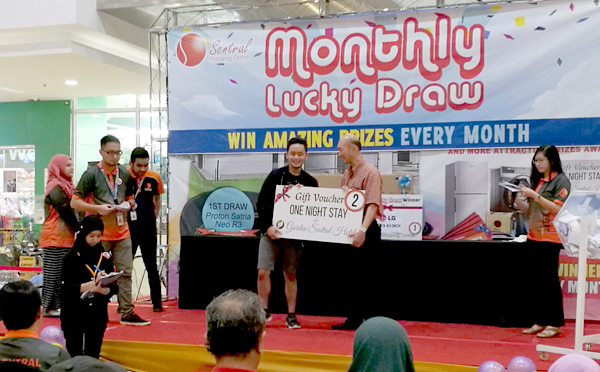 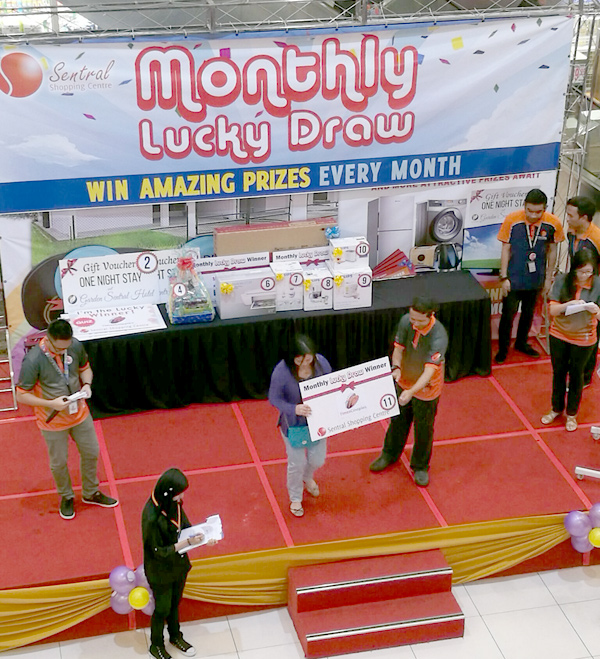 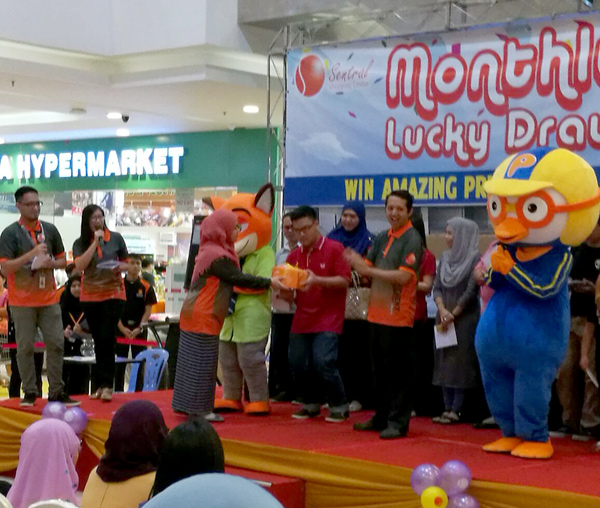 The November birthday celebrants during the intervals of the lucky draw. A nice gimmick from the Sentral Shopping Centre management 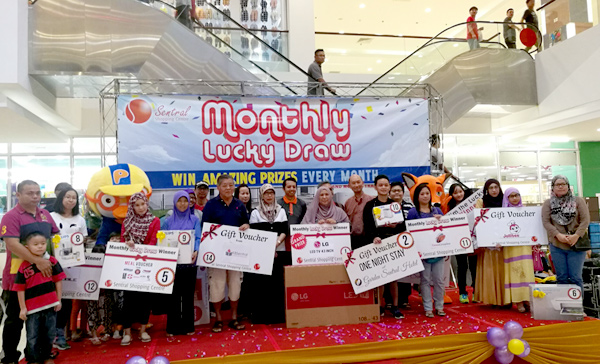 The Top 15 winners for the month of November 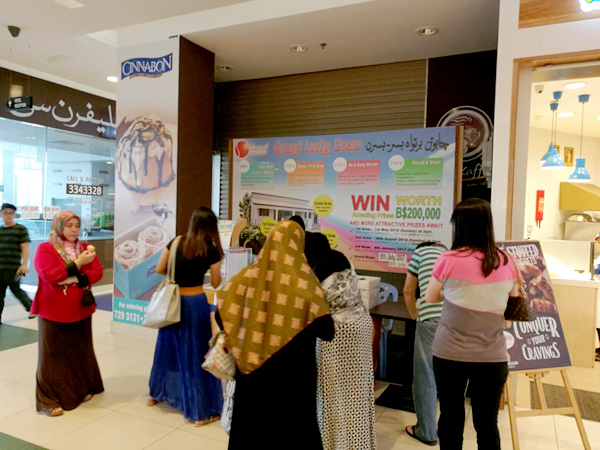 This became a popular spot after the lucky draw event. Everyone wants to be a winner 😀 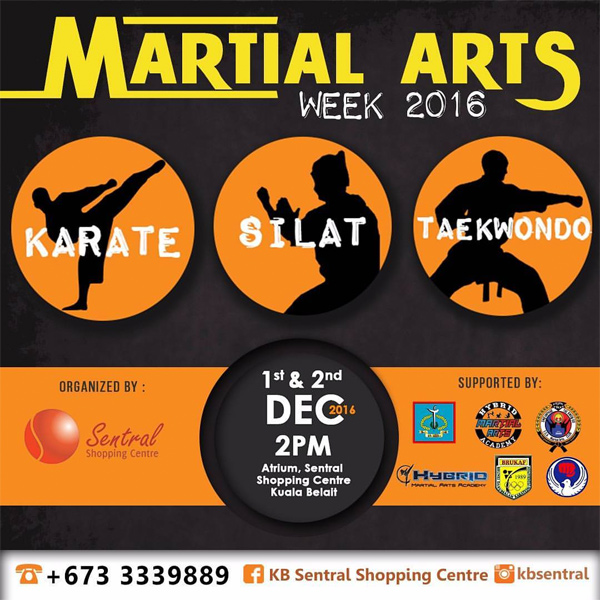 Something to look forward to in December 😀