Warning: count(): Parameter must be an array or an object that implements Countable in /home/rano365/public_html/wp-content/themes/yoo_nano2_wp/warp/systems/wordpress/helpers/system.php on line 61
 Rano360.com » CF comes to an end 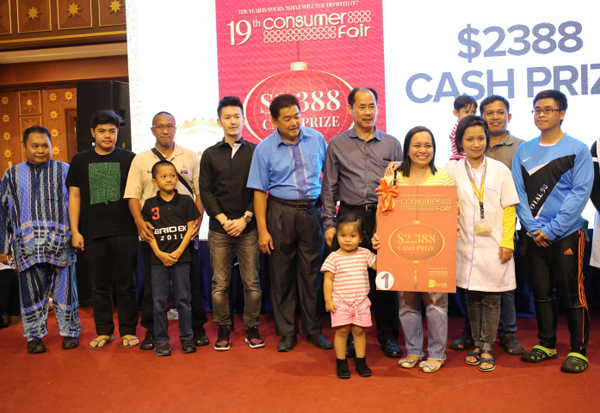 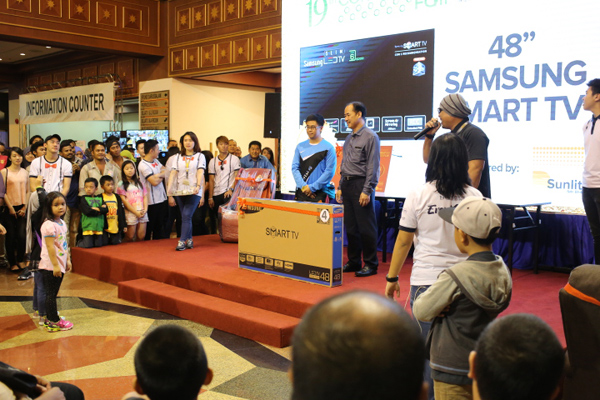 Same old, same old. I can’t imagine it has been almost 10 years of consumer fair because the recent one hit its 19th Consumer Fair and it’s bi-annual event in Brunei Darussalam. Many organisations have run these types of events but none has reached the peak like how D’Sunlit has run their events especially the household name of Consumer Fair.

Despite using the same formula over and over again, it didn’t seem to bother the crowd’s interests as thousands flocked in especially during the weekends. I didn’t buy anything at all apart from the orange juice from @oj2go.bn. The multipurpose was not used as I heard it underwent renovation.

In terms of businesses, I believed a lot of vendors benefited from the Consumer Fair despite a slower start in the week. Brunei Halal shared how business was better than the previous one last year. One of the cosmetic vendors ran out of stock on their products on the final day.

This year the theme for the Consumer Fair carried the theme “The Year is Yours. What will you do with it?” Both Yayasan Kanser Kanak-Kanak (YASKA) and the Brunei Darussalam National Association of the Blind (BDNAB) received donations that had been raised during the 19th Consumer Fair. Both NGOs received donations from Jackson Ting, the Managing Director of D’Sunlit Sdn Bhd.

There was also the prize presentation for the Grand Lucky Draw where the grand winner walked away with BND 2,388 cash prize. The prizes were sponsored by D’Sunlit Sdn Bhd and DST Communications Sdn Bhd.

The event organiser would like to thank the government for the continuous support and also to the vendors, exhibitors, activity partners and most important the crowd.

The next Consumer Fair the 20th edition will be on 26th to 30th July 2017 at the same venue, International Convention Centre. 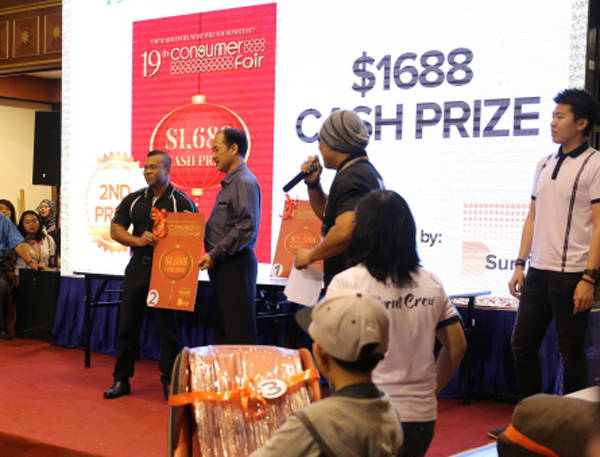 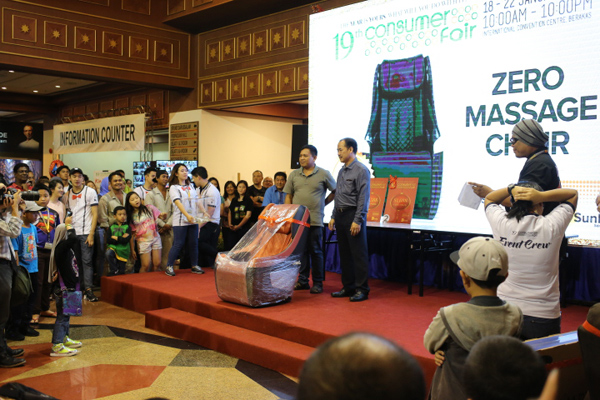 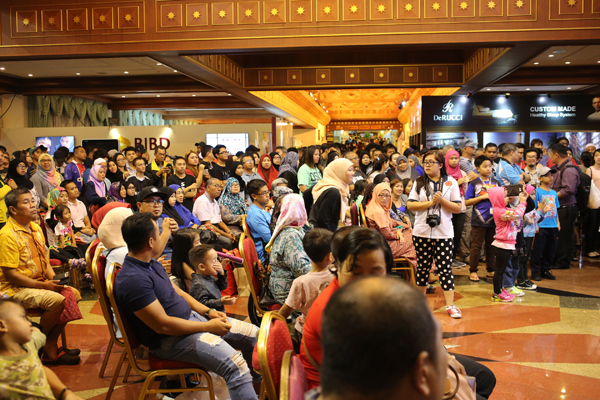 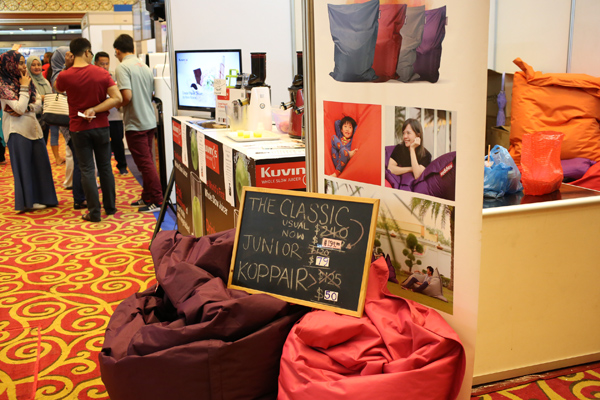 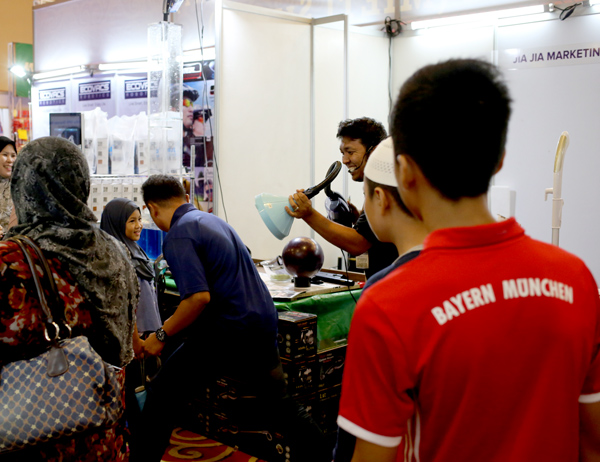 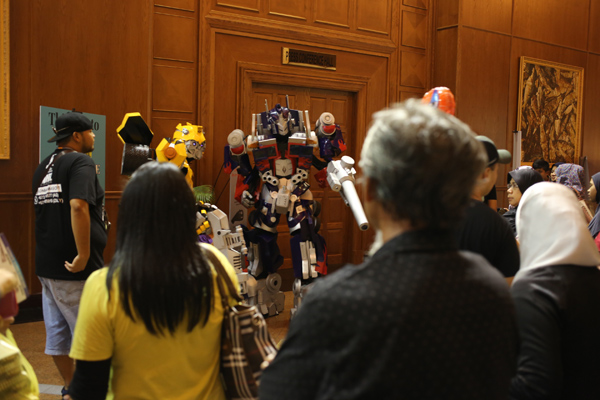 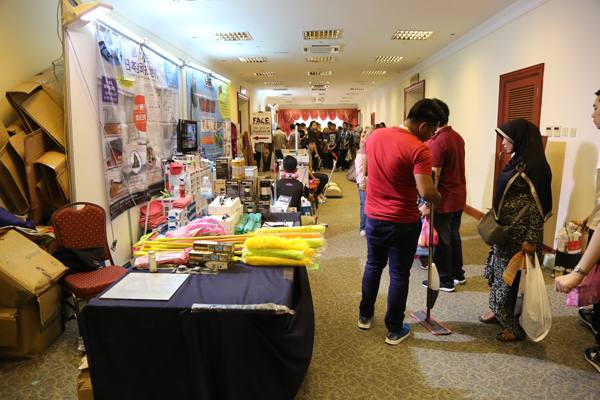 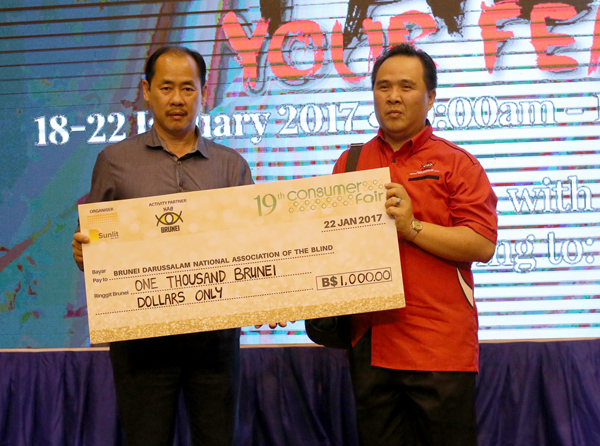 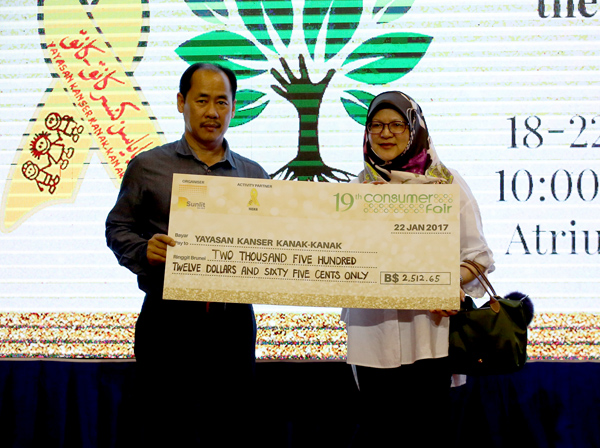 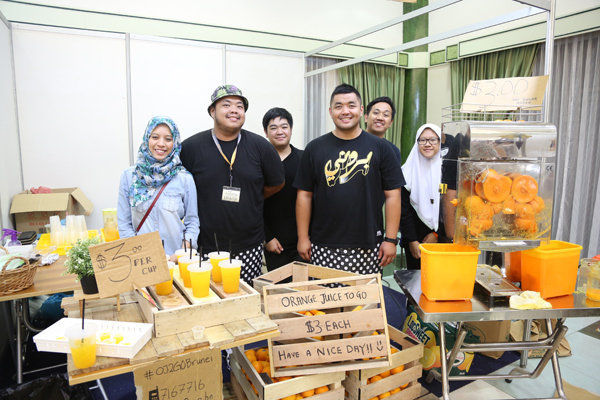 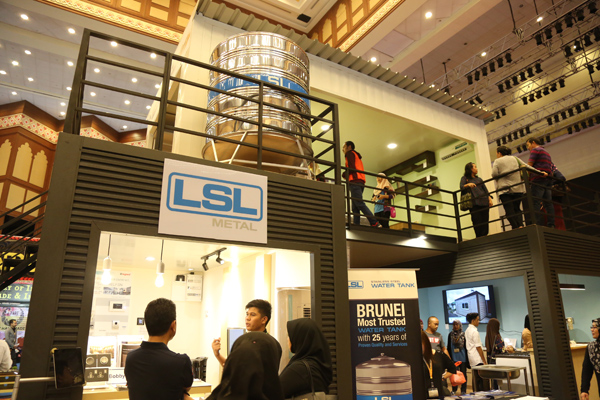 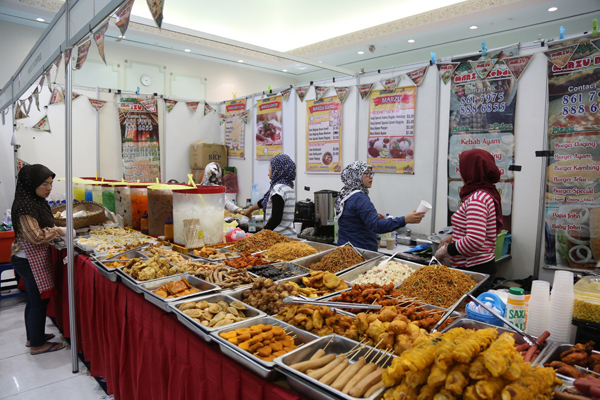 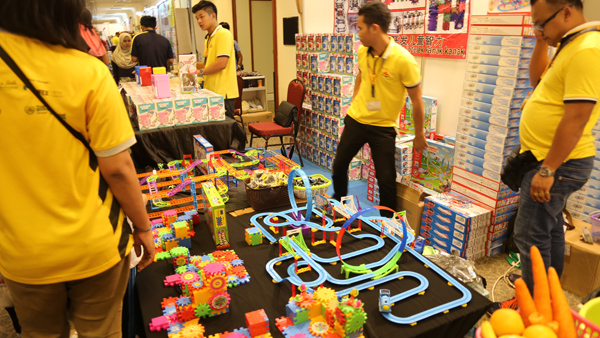