Warning: count(): Parameter must be an array or an object that implements Countable in /home/rano365/public_html/wp-content/themes/yoo_nano2_wp/warp/systems/wordpress/helpers/system.php on line 61
 Rano360.com » The all-new Kia Rio 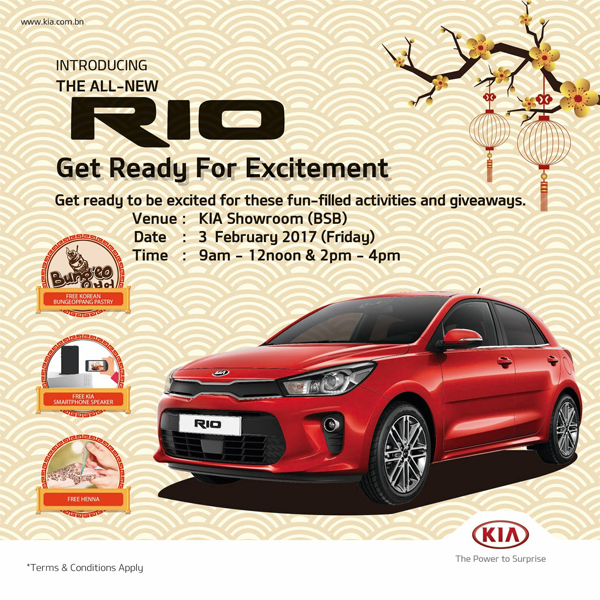 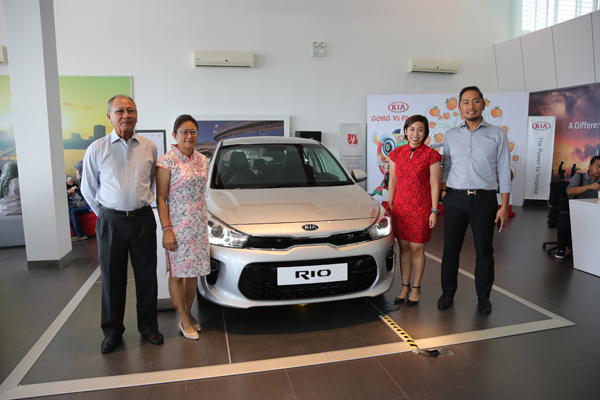 Grand Motors Sdn Bhd, the exclusive distributor of Kia vehicles in Brunei Darussalam reveals the all-new, 4th generation Kia Rio. It was first revealed in Paris at the 2016 Mondial de I’Automobile. Earlier this morning, the Kia Rio was launched at the showroom at Grand Motors.

So what’s new with the Kia Rio?

It has a new design of course, defined by straight lines and smooth surfacing, giving the car a distinctive, confident new look.

It has a progressive exterior design. At the front, the Rio wears the latest evolution of Kia’s tiger-nose grille, now thinner in height and wider across the front of the car. Integrated bi-function projection headlamps – again, thinner and more sculpted than those of is predecessor – project a new U-shaped LED light signature. Changes to the front of the car, including moving the fog lamps’ position outwards within the front bumper, are designed to add greater visual width for a more stable overall look. The new Rio grows by 5mm in width, further adding to this effect.

The rear section of the Rio is now more upright, with a near-vertical rear windscreen and a shorter overhang. It also features a new arrow-shaped LED light signature. Like the wider-looking “face” of the car, the rear design of the new Rio gives it a stronger overall appearance. 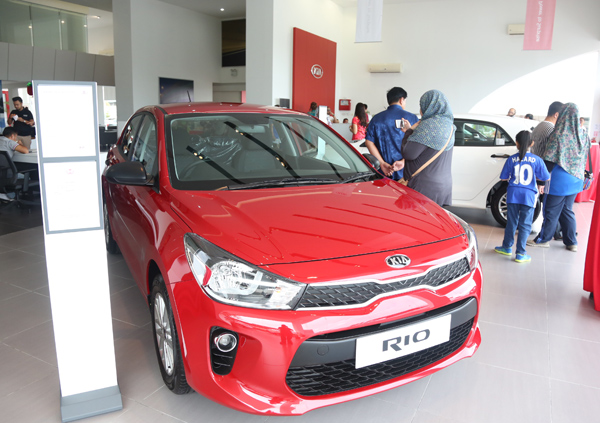 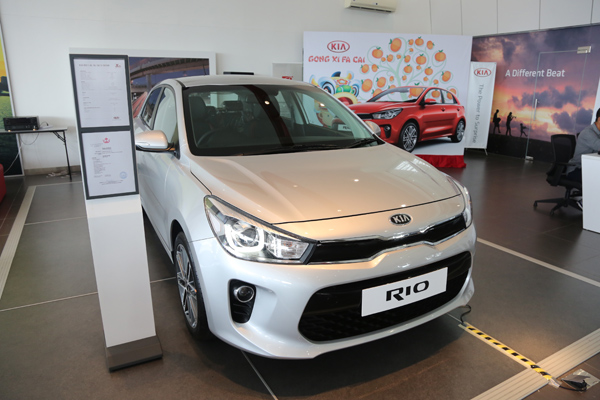 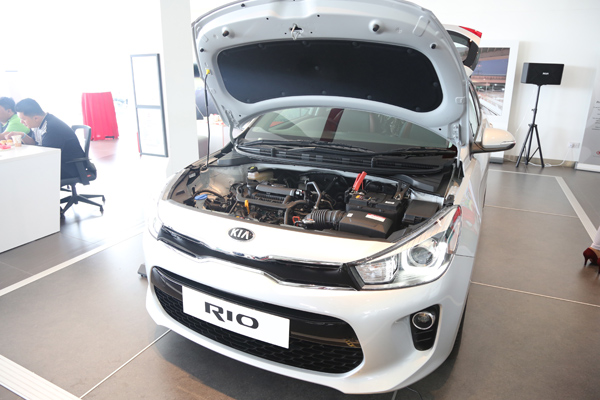 As for the cabin, it has been redefined, featuring sculptural forms and a more ergonomic layout than previous models.You will see the straight lines running the width of the dashboard characterize the shape of the interior, giving the cabin a wider appearance and increasing the sense of space for occupants. The dashboard is now angled towards the driver with a high resolution touchscreen to power the Rip’s audio and new connectivity systems.

Did you know that the Kia Rio is Korean manufacturer’s global best-selling model with more than 473,000 sold around the world in 2015 alone? Awesome!!! Do check out the new Kia Rio at their showroom. 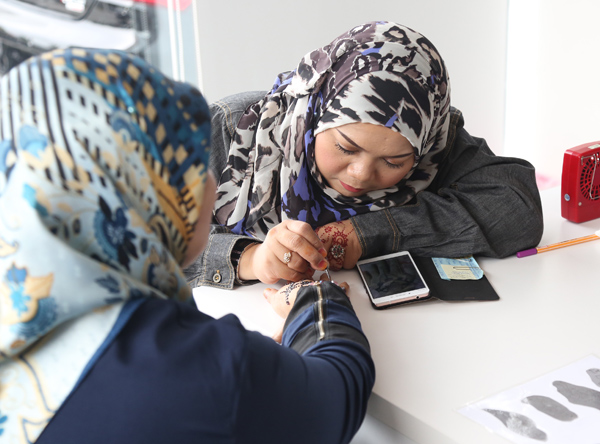 During the launch today, Grand Motors had some activities for the public such as hanna 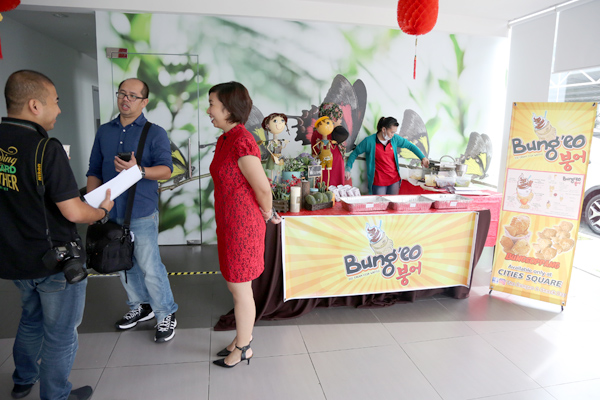 There was also a pancake station 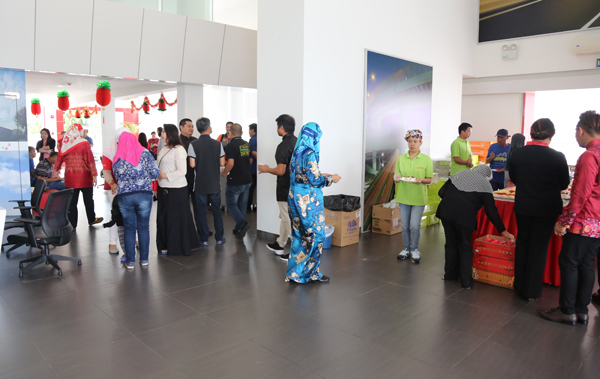 The crowd earlier this morning 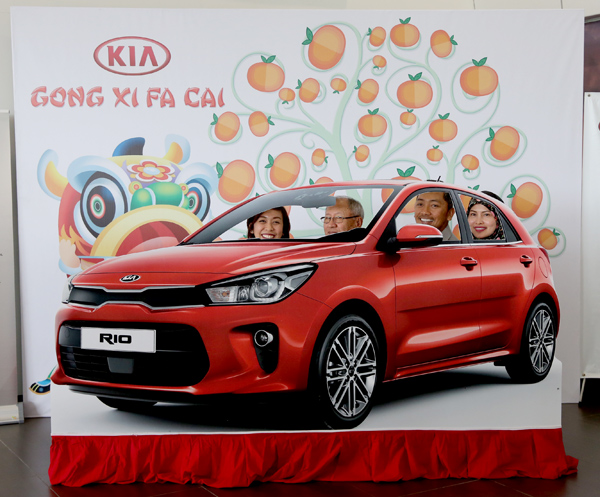 Only for today that when you take a selfie and post on social media, you will get a portable speaker 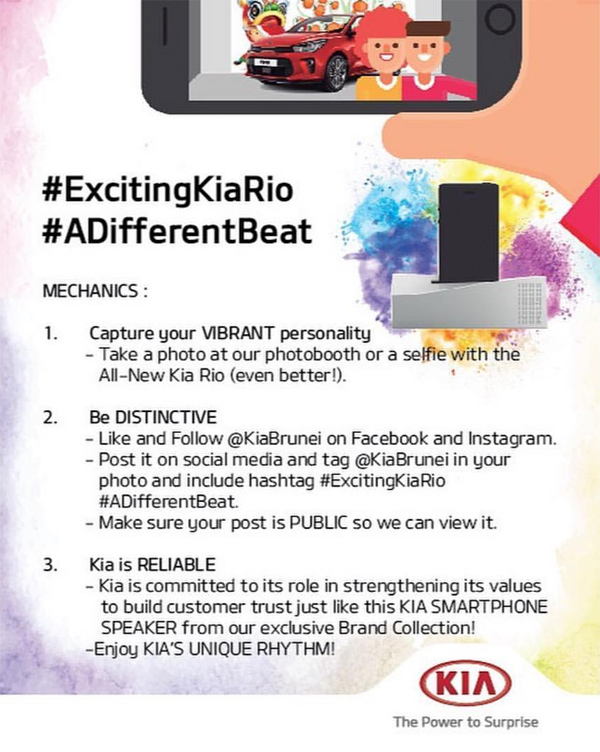