Warning: count(): Parameter must be an array or an object that implements Countable in /home/rano365/public_html/wp-content/themes/yoo_nano2_wp/warp/systems/wordpress/helpers/system.php on line 61
 Rano360.com » Brunei Film Blitz 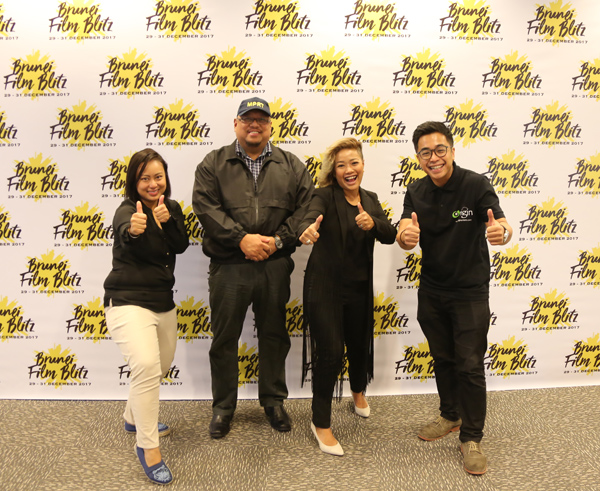 Wanna win cash prize for showcasing your talent? There are two categories – The Open Category for BND 5,000 and the 48 Hour Film Blitz for BND 10,000. The respective winners will also walked away with a camera.

This was announced by Wardi bin Haji Mohammad Ali, the Deputy Permanent Secretary (Tourism) at the Ministry of Primary Resources and Tourism (MPRT)and the Secretary of the Brunei Tourism Board and Siti Kamaluddin, the founder of Origin Artistic Management at Progresif Headquarters last weekend.

The event known as Brunei Film Blitz will be finale for the Brunei December Festival 2017 and it will be held on 29th to 31st December 2017. The three day event includes a screening of shortlisted films, master classes with industry professionals, a 48-hour Film Blitz and an awards night.

So let’s go in-depth with the categories: the open category is where film makers can submit their films of any genre (fiction, documentary or animation). It must be shot in Brunei Darussalam and the entry can be of length below 12 minutes duration inclusive of titles and credits. You can send in your older clips but short films made before 2016 will not be accepted. You can send in as many short films as possible. Of course, the more the merrier. The first prize will be BND 5,000 prize and a camera.

As for the 48-hour Film Blitz, it’s new of its kind film competition. The challenge comes when the participants were only given 48 hours to create a short movie. The other catch is that the participants will be given a “secret ingredient” that has to be included in their films. The grand winner of this category will win BND 10,000 and a camera.

The interesting thing is that both categories are open to all walks of life – meaning it’s open to Bruneians, Permanent Residents and everyone, and I mean, everyone, be it tourist. The condition is simple. Just make sure the videos/films are shot in Brunei Darussalam to be eligible. This also means all film makers in Brunei can partake in this contest. Don’t be shy 😀

On Friday 29th September, Origin will host a workshop with industry professionals. For your info, the juries for the competition will be international film makers and sponsors.

Wardi was very excited that this event will help to spur the creativity among the locals and at the same time, showcasing what Brunei Darussalam has to offer. He also hopes tourists will join in the contest. Siti Kamaluddin wants the entries to be creative and open, unearthing their talents in film making in Brunei context. So you can even talk about things like ambuyat, durian, kampung ayer, simply anything.

Registration is already open and you can download the form here and then submit to Origin Artistic Management, Unit 7 BT Complex, Jalan Lapangan Terbang Antarabangsa BE2513, Brunei Darussalam. 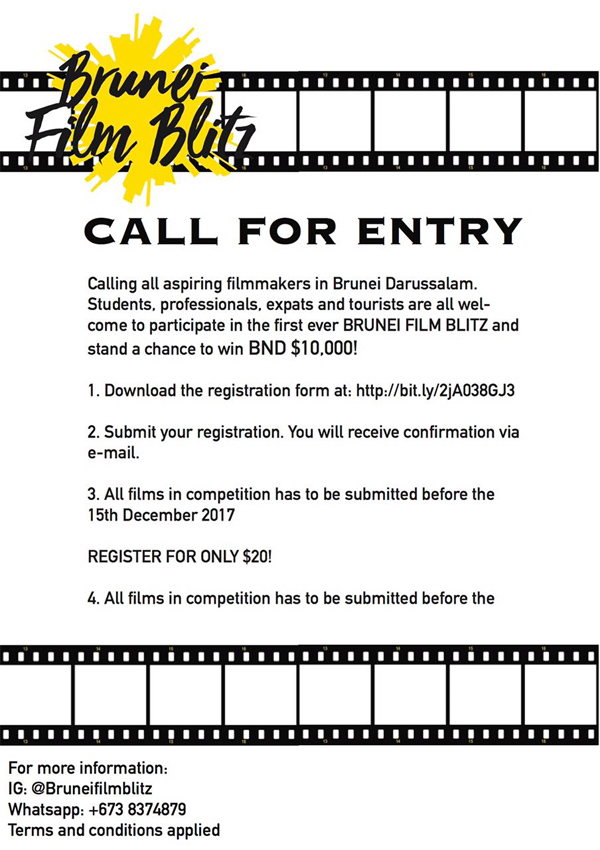 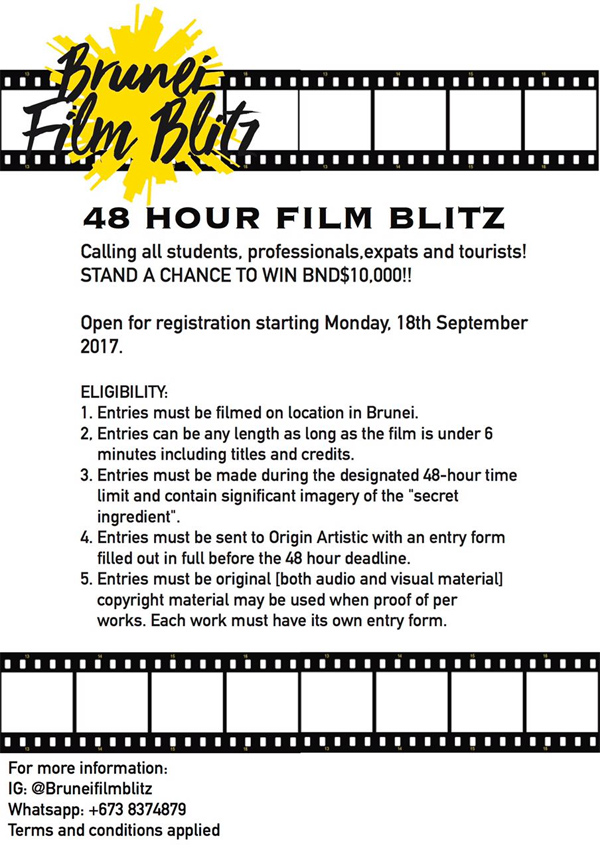 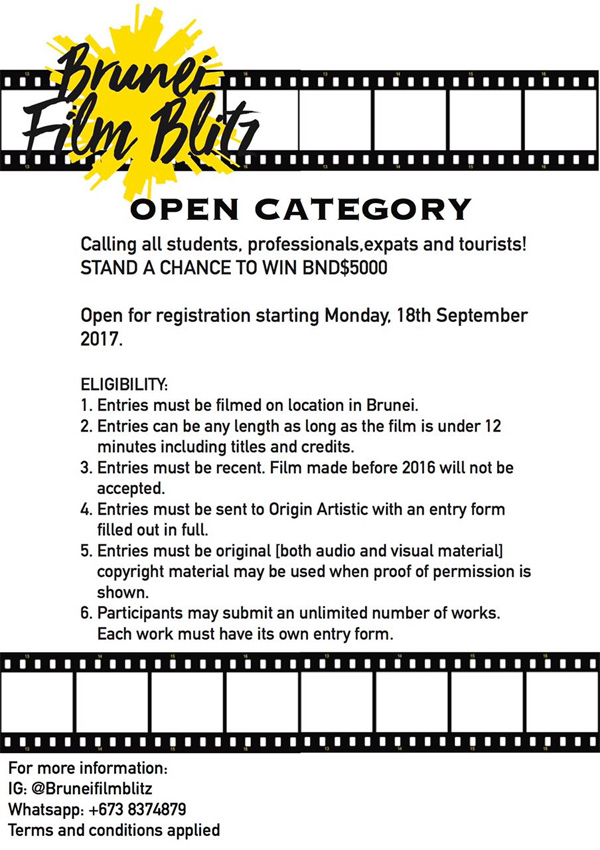