Warning: count(): Parameter must be an array or an object that implements Countable in /home/rano365/public_html/wp-content/themes/yoo_nano2_wp/warp/systems/wordpress/helpers/system.php on line 61
 Rano360.com » Aziz Harun’s Jangan making waves in Malaysia 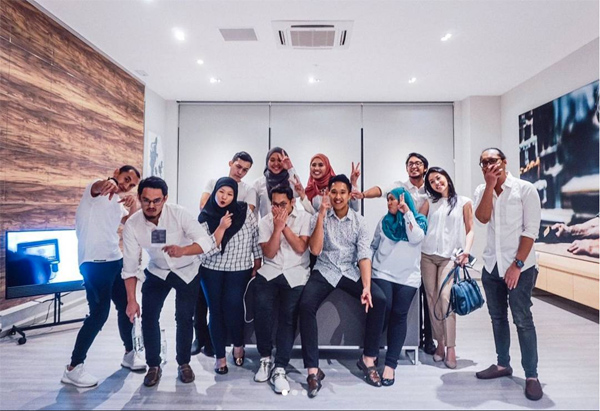 Aziz Harun with his constant supporters, Family, at the recent launch of his latest music video, Jangan

Sometimes I am amazed that we do have what it takes to be talented artist. But we also need to have that perseverance, hard work and dedication to make it successful. It’s never easy especially when you have to juggle with education, a high school graduate from Jerudong International School.

A very humble person, it’s no surprise that Aziz Harun has made it a name for himself in Brunei and yes, he is only 18 (now you can drive, bro). I wished I am still around that age because it’s always great to feel youthful.

Aziz Harun’s latest single, “Jangan”, has been released successfully on iTunes and also the launched of the official music video produced by Bahzi Damit @beedee.creative. So far the music video has garnered around 40,000 views in just two days into the release and now has hit over 120,000 views. Amazing!! Aziz Harun’s first single, “Senyum”, did break the milestone in terms of views on youtube (over 2 million views). Let’s see if he’s able to break his record.

The sneak preview of “Jangan” took place at Bang & Olufsen signature store at Sejalin Living last Wednesday, attended by Aziz Harun’s family and friends and of course, the social influencers. Sorry that I wasn’t able to attend your mini gig then.

Aziz Harun is currently in Malaysia for a mini tour to promote his latest single “Jangan” as he has been making appearances at malls within cities and also at university along with Warner Music artists. So far, the responses have been encouraging and overwhelming as the fans were singing along the chorus when Aziz performed. As he mentioned, he will be taking a gap year to gain experience outside Brunei and performing more live gigs in Malaysia. At the same time, he wants to learn to compose and write song as well as writing for others. He is very grateful that his latest single hit the top chart in Brunei’s iTunes and it will motivate him to constantly work hard and make new music.

Aziz Harun is now being managed by his sister Molly Harun while his previous manager, Bahzi Damit, has focused more on producing videos. The latest music video “Jangan” was produced by Bahzi’s company @beedee.creative. All the scenes were shot in Brunei. The pre-production took 3 weeks while the shooting lasted 3 days with one week of editing. According to Bahzi, this is the second music video that was shot in Brunei after his previous single, “Mama”. For Bahzi, the music video was more of a social experiment kind of video and he hinted that there was a story for which you will need to watch to understand.

Once again, good luck to Aziz Harun on his latest venture and hopefully you will gain more exposure and success. 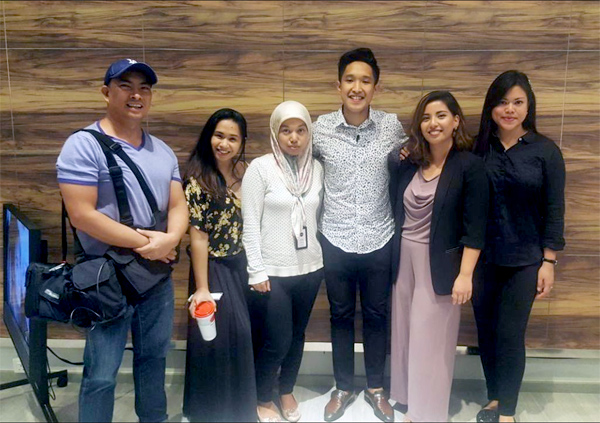 Aziz Harun with the crew of Scoop 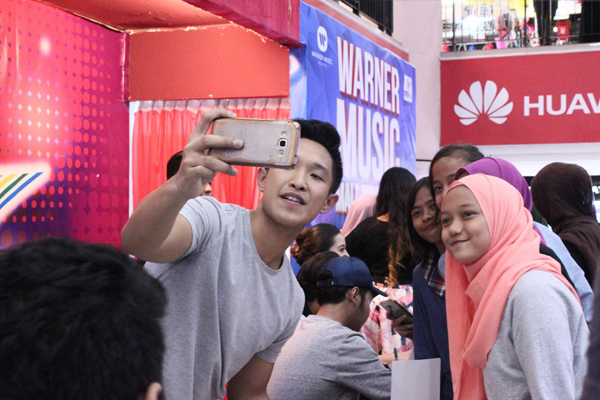 Aziz taking a selfie with his fans in one of the shopping malls at Kuala Lumpur, Malaysia recently 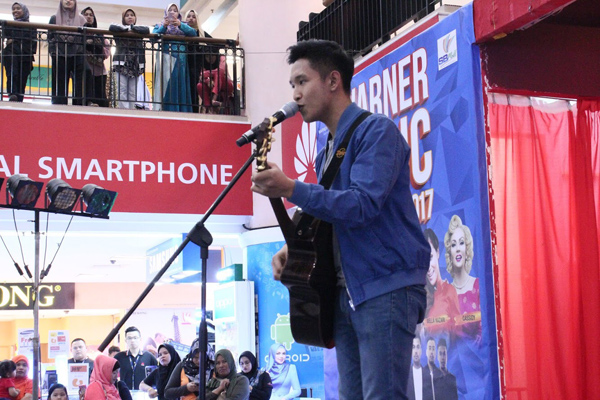 Aziz Harun performing at a gig at Kuala Lumpur lately 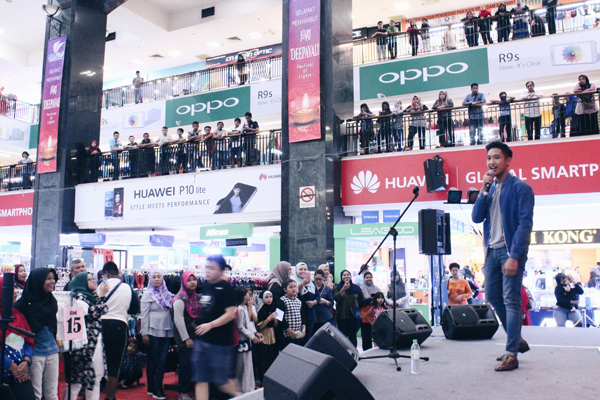 The responses have been overwhelming 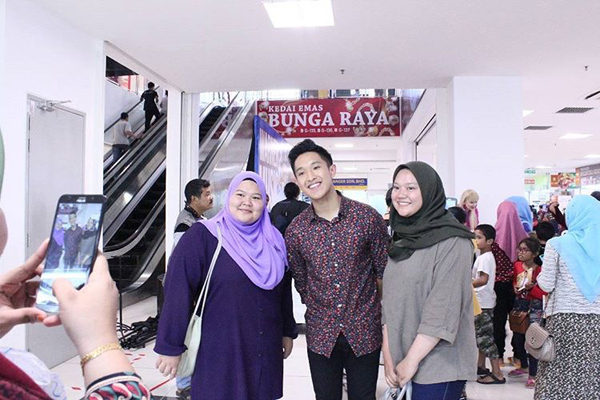 Aziz constantly smiling for every shot taken by his fans 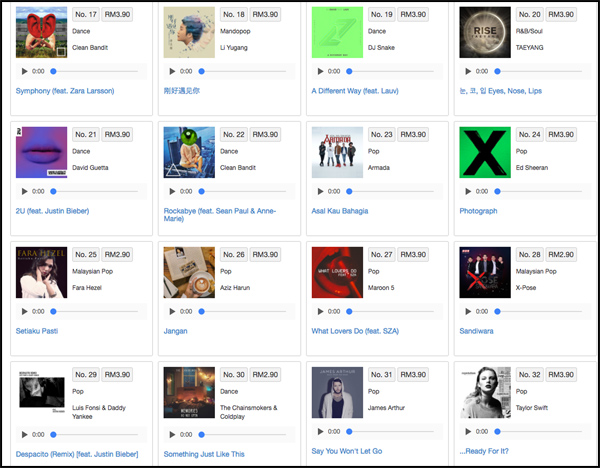 A strong presence in the Malaysian charts, jumping to No.26 from a debut number 46. Let’s hope it keeps rising to the Top 10. 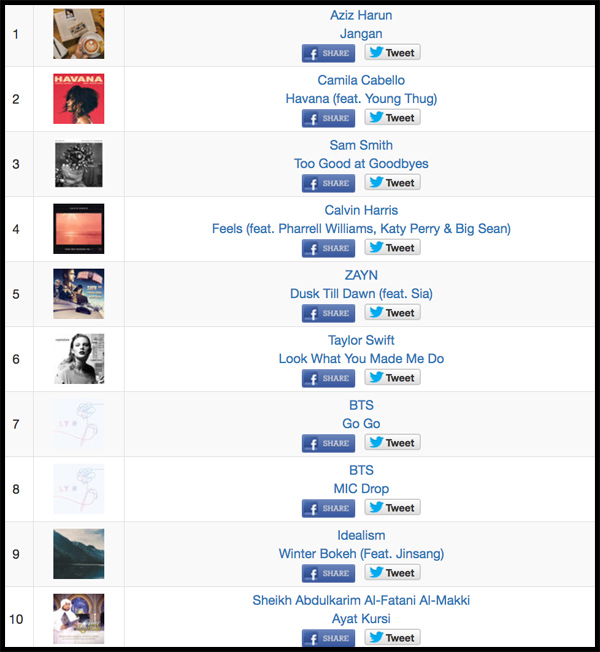 No surprise it topped the Brunei chart on iTunes 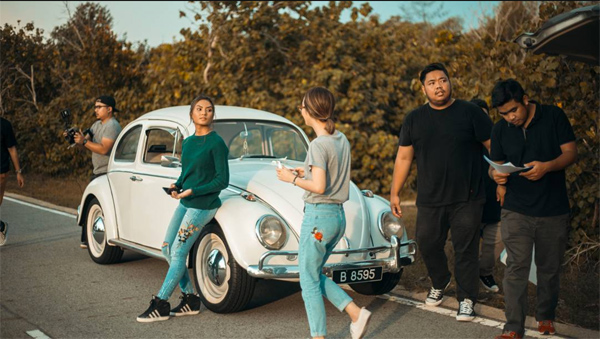 Behind the scene of producing the music video of Jangan