Warning: count(): Parameter must be an array or an object that implements Countable in /home/rano365/public_html/wp-content/themes/yoo_nano2_wp/warp/systems/wordpress/helpers/system.php on line 61
 Rano360.com » Review: Blade Runner 2049 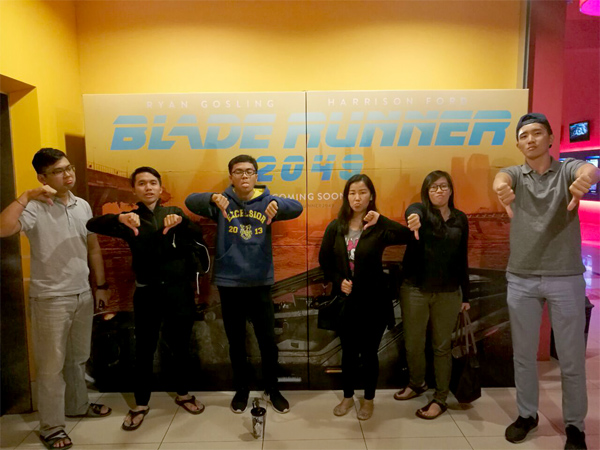 What my friends thought of Blade Runner 2049

Blade Runner 2049. Did it succeed or did it fail? There were quite mixed reviews to begin with for the sequel of Blade Runner. This was also the first time that all my friends whom I watched with gave it a thumbs down. Do I agree with them? Only to an extent. Did I enjoy it? Yes. Here’s my breakdown.

The Good. I am with awe with the visuals. Even though it was set in the 2049, director Denis Villeneuve (Arrival, Sicario) trusted Roger Deakins the cinematographer in creating a modern, dark, solemn world and yet every shot was breathtaking. Every shot taken in this movie had its purpose and that alone stole my attention. The way it portrayed LAPD Officer K’s (Ryan Gosling) movement on screen, they were all beautifully shot. This is one masterpiece from Roger Deakins and I won’t be surprised that he will be nominated for Best Cinematography in the upcoming Oscars.

Ryan Gosling was the highlight of the show apart from the visuals. Playing a cop in the future, he was placed in a situation where he slowly began to discover twists and plots to his disbelief. I was a bit worried if RG was fit for the role or being passed the baton to continue the Blade Runner legacy and plus it’s an action adventure movie where he is hardly in it. For me, it was his expression and emotions that made me invested in the almost-three-hour long movie. His character kinda bring back the memories of Driver where he acted in.

I love the twists and how the story unfolded from time to time. The music score and the deliberate pacing were enough to gain my attention (though I had a short snooze twice because I had lack of sleep). Yes, Denis captured the essence of the suspense with loud music though it can be too repetitive to some point.

The Bad. Yes, it did have its flaws and first thing’s first. Denis Villeneuve’s taste or direction of movie is not for everyone or even the mainstream movie goers. Those who appreciate Star Wars kinda sci-fi, you won’t get that feeling in Blade Runner 2049. It was mostly 80% drama and 20% or even less of action. The same went for Arrival and Sicario of which I both enjoyed. The only ones who seemed to enjoy as much as I did was Jinn, Del Goh and Nee Khern.

The sound factor or in this case, the music score did annoy a few of my friend’s movie experience. Even some of them were mocking the sound effects during our discussions of the film. Yes, to me, it did suit the theme of the movie but it was at times overkilled or overplayed in an overstretched movie.

The Ugly. The duration of the movie is a big minus for me for Blade Runner 2049. I could understand why all the pieces were necessary to explain the plot and twist along the way but it didn’t need to be almost 3 hours long. Harrison Ford could have more screen time as he was a focal point in the original Blade Runner and the chemistry between Ryan Gosling and Harrison Ford could have been stronger.

Verdict: This is a masterful film making and only Denis Villeneuve can pull off an amazing follow up and paying tribute to the original Blade Runner 2049. Not many will enjoy this but I surprisingly did. 7.5 out of 10.