Warning: count(): Parameter must be an array or an object that implements Countable in /home/rano365/public_html/wp-content/themes/yoo_nano2_wp/warp/systems/wordpress/helpers/system.php on line 61
 Rano360.com » Pepsi Bonanza Lucky Draw Event Vol. 1 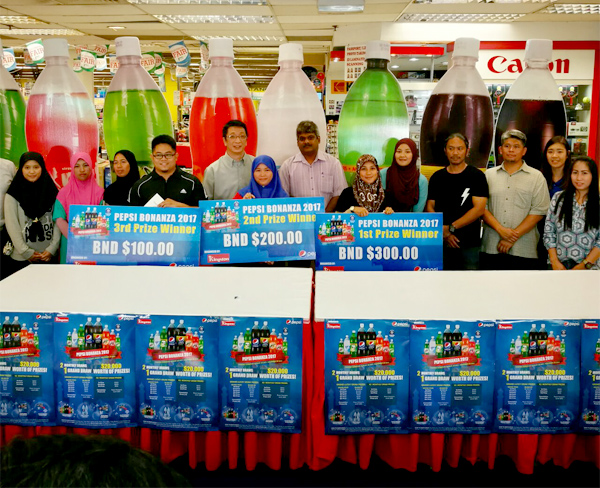 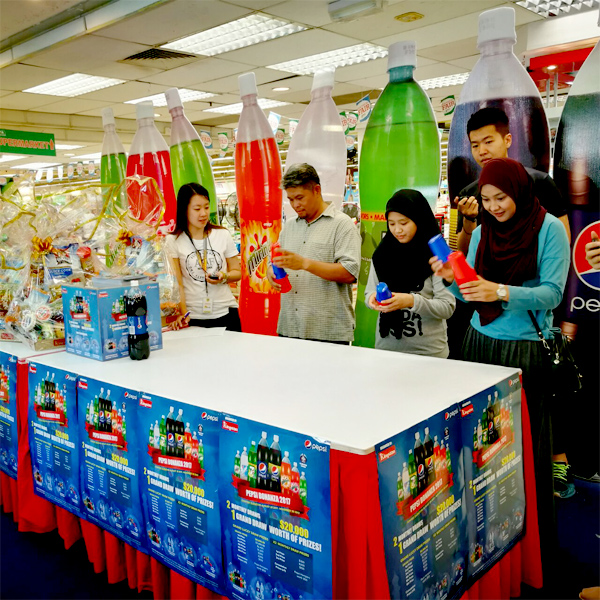 The qualifying round of the lucky draw 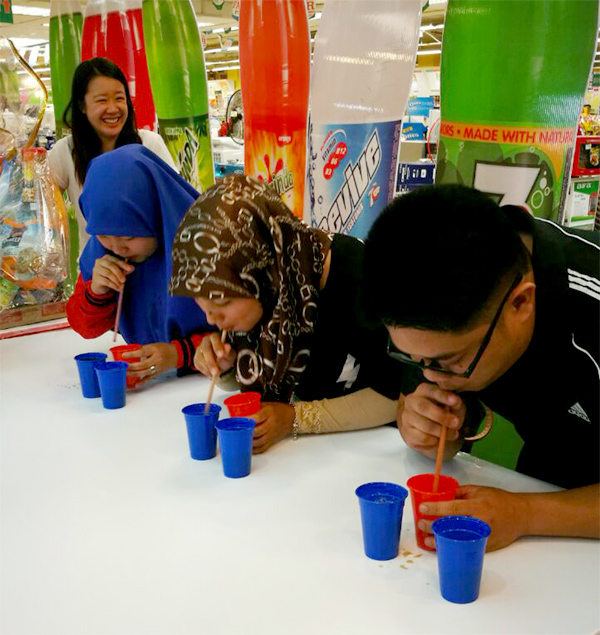 Last Friday marked the start of the ‘Pepsi Bonanza Lucky Draw Event’, where it’s first monthly draw was held at Jaya Hypermart, Gadong. During the draw, the participants registered and participated in a fun activity to stand a chance to win the sought for prizes. Out of the 10 lucky shortlisted participants for this 1st monthly draw; Dayang Aisah Bte Hj Jumat successfully won the first prize of Jaya Cash Coupon $300, Mohammad Zaim Bin Hj Arun won 2nd prize of Jaya Cash Coupon $200 and Siti Sabarianah Ramli as 3rd prize of Jaya Cash Coupon $100, which was presented by Mr. Paul Thomas, the store manager of Jaya Hypermart Gadong. 7 Consolation Prizes was presented by Mr. Valentine Hon, the General Manager of Kingston Beverage and Creamery Sdn Bhd.

With registration having started since the month of August 2017, The “Pepsi Bonanza Lucky Draw Event” will continue to have 2 more monthly draws throughout November to December, with the Grand Draw being held on the 10th December 2017. Each of these monthly draws will be premiering several fabulous prizes to be won by the shortlisted participants.

Interested parties can easily register for this Lucky Draw event by simply purchasing any “Twin Pack” bottles of 1.5L Pepsi, Pepsi Twist, 7-Up, Revive, Mirinda Orange, Mirinda Strawberry, Mirinda Green Apple and Mirinda Green Fruit at specific department stores and outlets. After purchasing customers can simply staple their receipt to their filled in lucky draw form and drop it off into the lucky draw boxes. In addition, participants can also register for the Pepsi Bonanza 2017 event through participating restaurant outlets: Secret Recipe, Marry Brown, Pelicana, KFC, Ayamku, and The Chicken Rice Shop, with specific terms and conditions apply.

With the savings account of BND $8888.88 as a grand prize, followed by other cash rewards and Pepsi Hampers to be won, the “Pepsi Bonanza 2017” Lucky Draw Event will definitely be an event to watch out for. 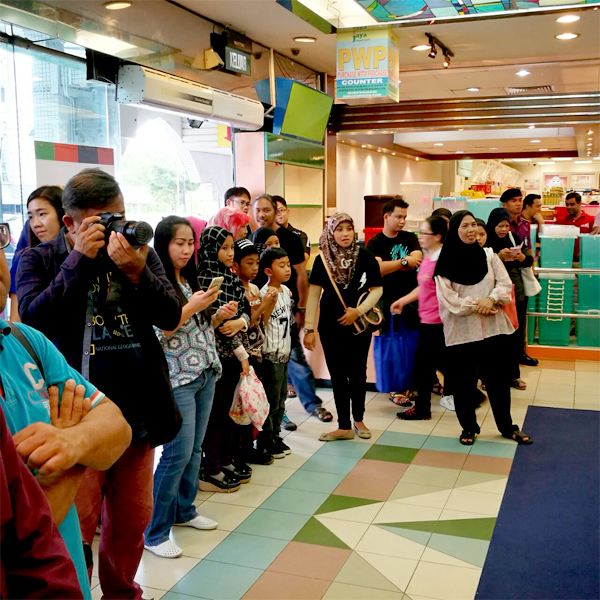 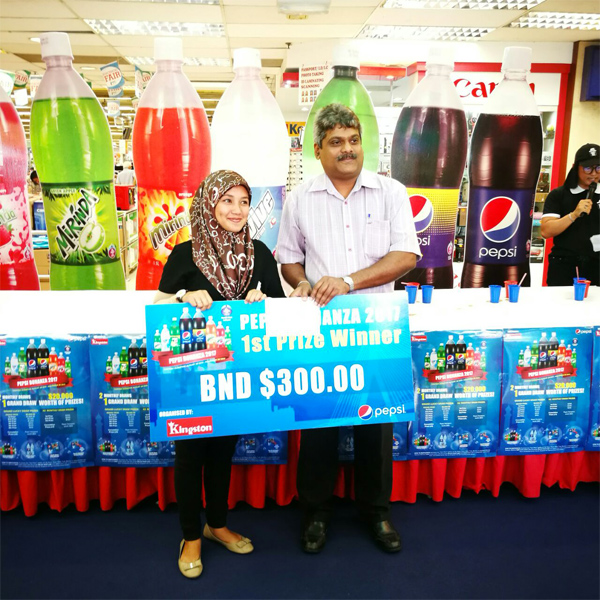 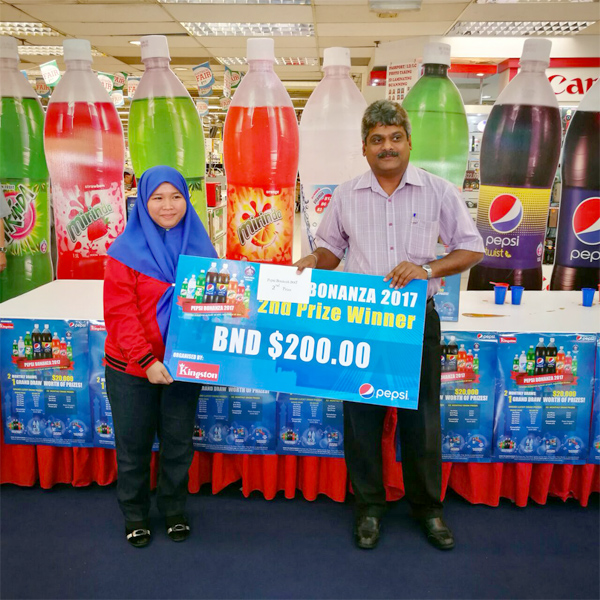 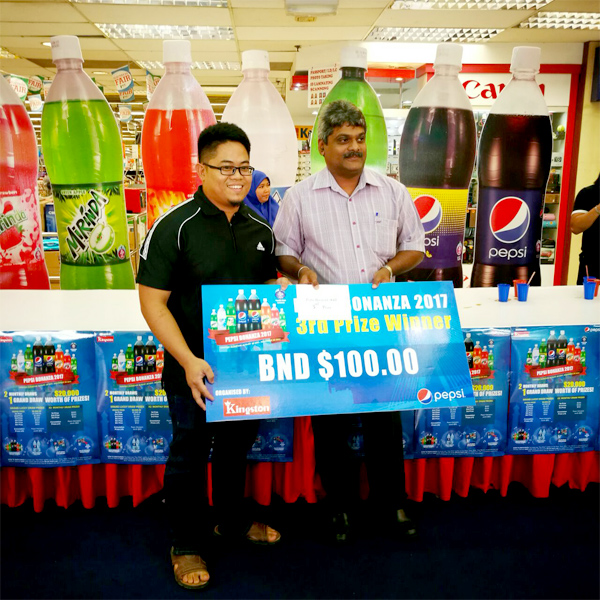 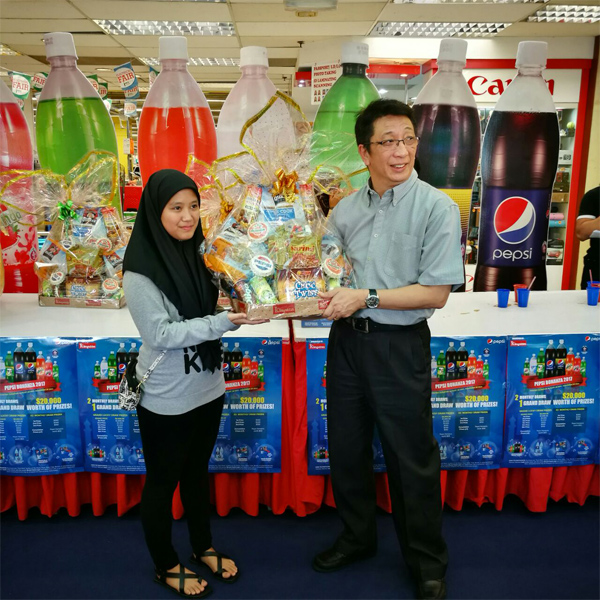 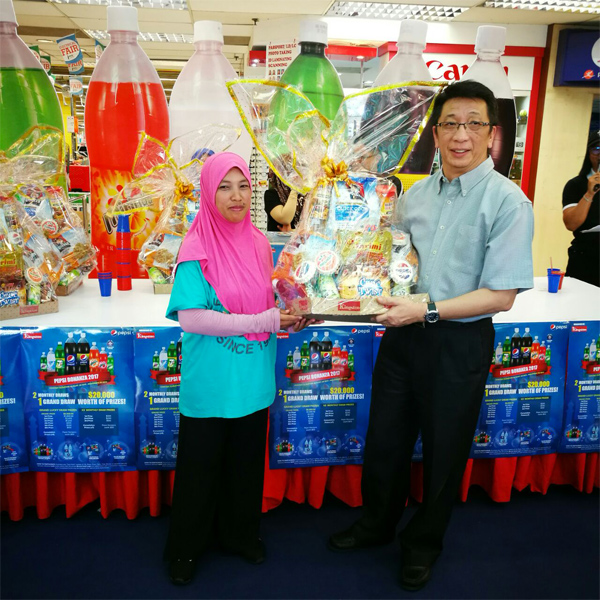 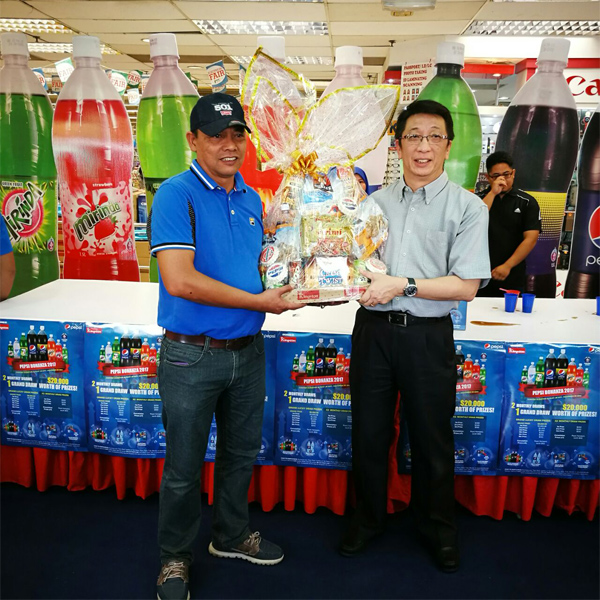