Warning: count(): Parameter must be an array or an object that implements Countable in /home/rano365/public_html/wp-content/themes/yoo_nano2_wp/warp/systems/wordpress/helpers/system.php on line 61
 Rano360.com » Fireworks galore 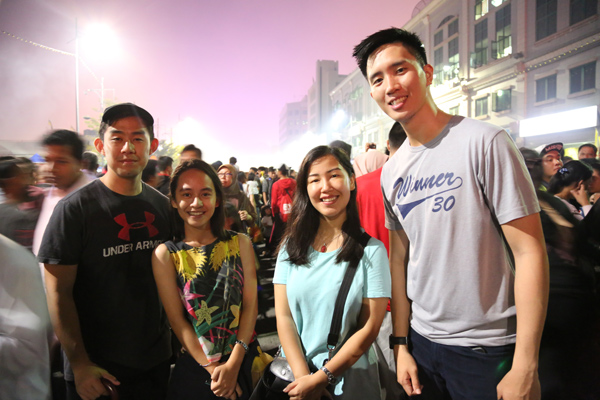 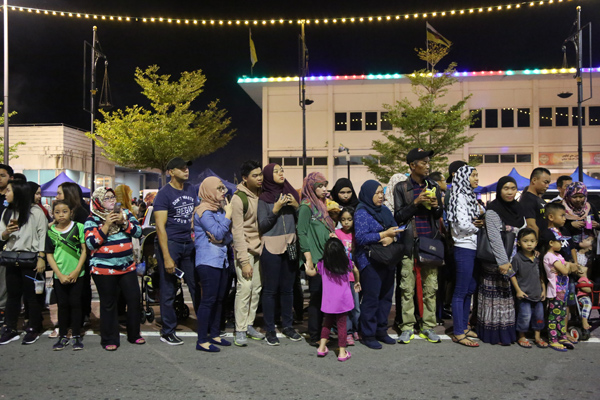 So much was talked about the recent Raja Isteri Pengiran Anak Hajah Saleha Bridge  formerly known as Sg. Kebun bridge. I myself have not been on it but I’ve seen various shots on whatsapp where people were stopping by the bridge to take some shots and some even set up a small picnic area. At least the RIPAS bridge have been creating much hype among Bruneians.

The images were from the last weekend when His Majesty Sultan Haji Hassanal Bolkiah Mu’izzaddin Waddaulah, the Sultan and Yang Di-Pertuan of Brunei Darussalam officiated the opening of the 750 metre bridge which costs BND 139 million, built by Swee Sdn Bhd (local company) and South Korean company Daelim Industrial.

I didn’t bother to get a good shot and if I did, I would have to sacrifice my company who won’t have proper access for a better view. We settled for early dinner at Piccolo Cafe where the owner Kristy and her co were working full blast from 5pm onwards till midnight. It was also one of the best business revenues for 2017.

Our journey to town was no easy feat. I believe it took us almost 90 minutes just to reach town from Anggrek. I would have checked in somewhere in town but the rooms were sold out as usual. Same thing happened during the Royal Procession on the 5th of October. I had an idea of either walking from Kiulap or taking a boat ride but the unfavourable weather prediction wasn’t much of a help though it didn’t really rain that night until the ceremony ended. Hence, braving the traffic was a safe (slow & steady) option.

As for the crowd, I have never seen such a packed crowd especially in Brunei. It reminded me of a zombie apocalypse movie and it just felt so surreal. I’m pretty sure places like Jerudong Park Playground or even the queue at the border would be empty. I even bumped into many familiar faces where I thought it would be difficult to spot my friends since there were simply too many people congested along the street.

The fireworks were commendable and lasted at least 15 minutes or so, making the trip worthwhile for fireworks goers and also families. Well, I would say only the first 10 minutes of the fireworks display of the allocated 15 mins and 25 mins respectively were easy to spot or sighted. After that, the after effects aka the smoke clouded the firework effects that were supposed to woo us from start to finish. Nonetheless it was still nice of Hengyi Industries and Bank of China (Hong Kong) Limited to sponsor the fireworks to commemorate His Majesty Sultan Haji Hassanal Bolkiah Mu’izzaddin Waddaulah, the Sultan and Yang Di-Pertuan of Brunei Darussalam officiating the RIPAS bridge last Saturday.

Did I had fun? Yes, I did. Thank you to the organisers especially the ministries for making this event possible. I wonder when can we have another event like this again because it felt that our country was united as one and in harmony. Something I will remember for a very long time. 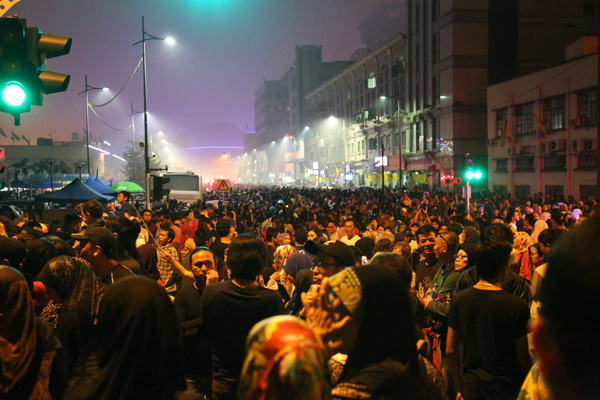 Phone line were congested and I couldn’t make any calls. Just look at the crowd. 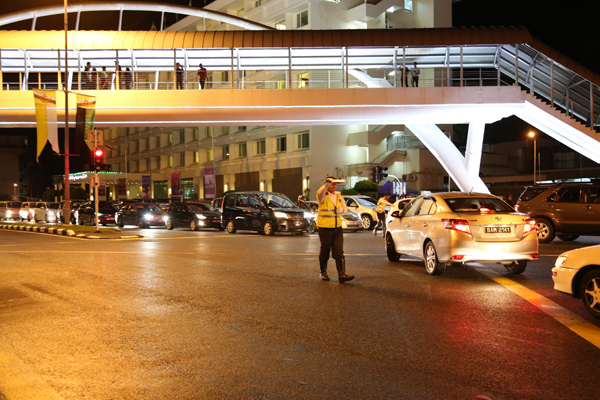 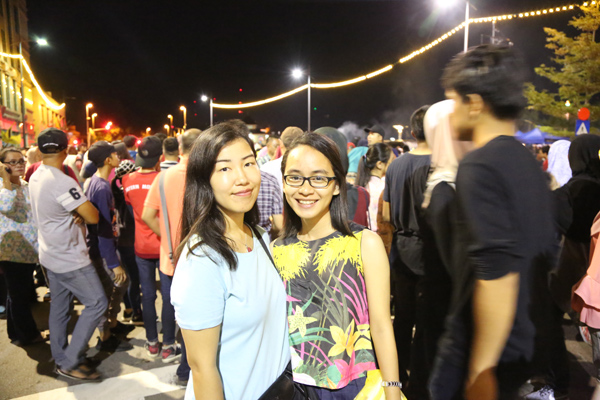 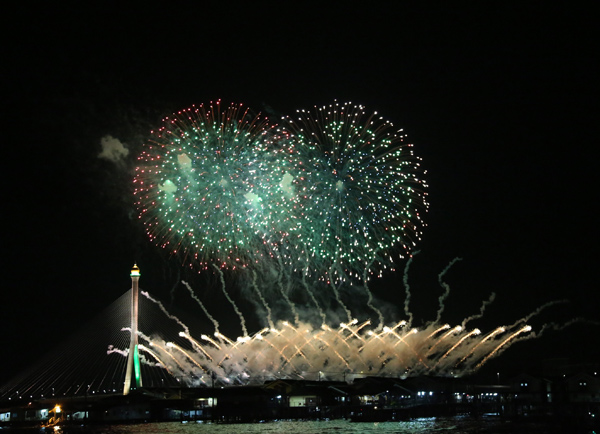 The second firework in the first 10 minutes 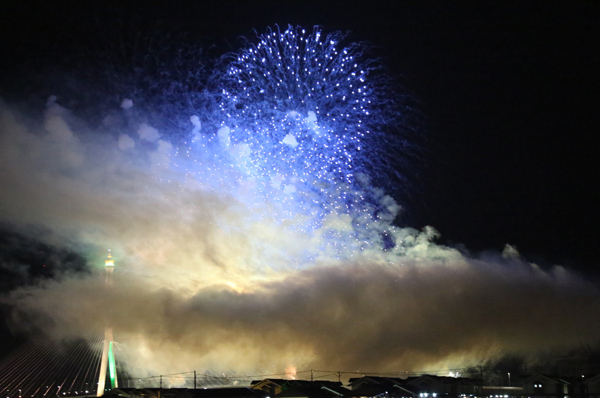 Halfway through the fireworks 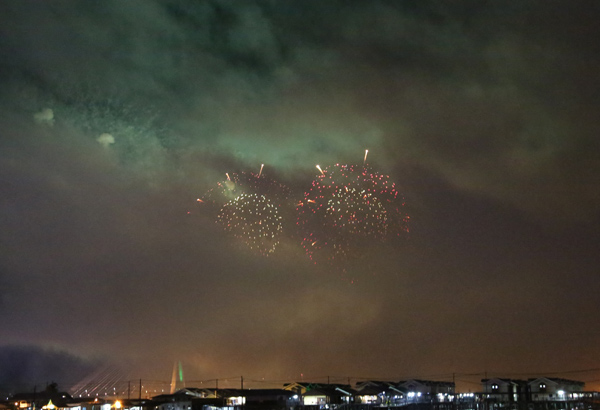 This was taken with 15 minutes left of the fireworks. I couldn’t even see the tower of the bridge. 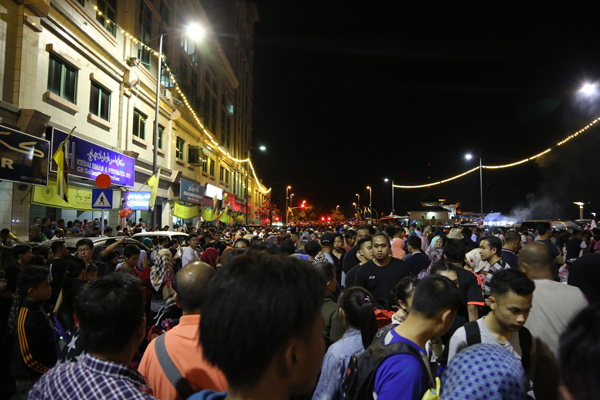 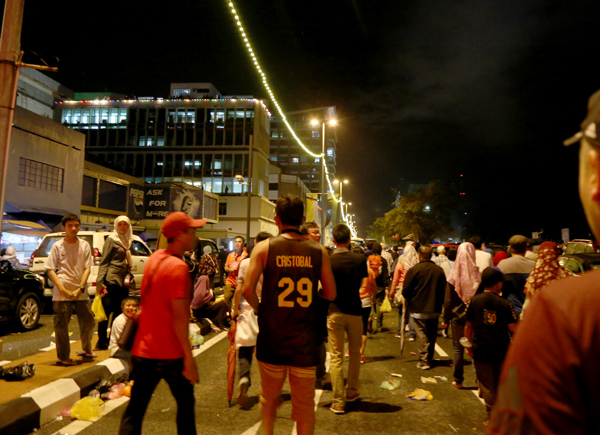 The street was filled with rubbish after the event. I believe it might difficult for them to access the bins because of the sea of people and it won’t be visible to their eyes. 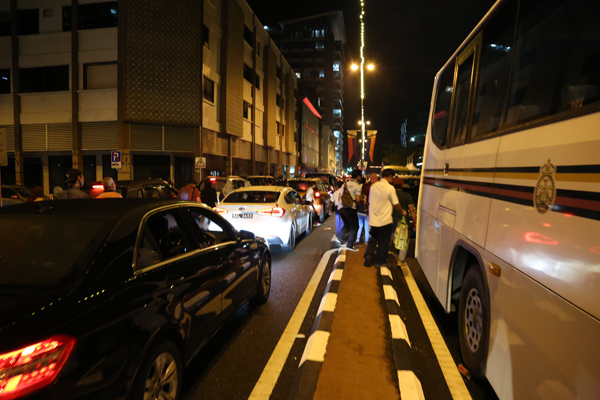 We parked some where near Terrace Hotel. Some of my friends parked at Mabohai Shopping Complex. Now that’s a long walk.