Warning: count(): Parameter must be an array or an object that implements Countable in /home/rano365/public_html/wp-content/themes/yoo_nano2_wp/warp/systems/wordpress/helpers/system.php on line 61
 Rano360.com » Thor:Ragnarok Review 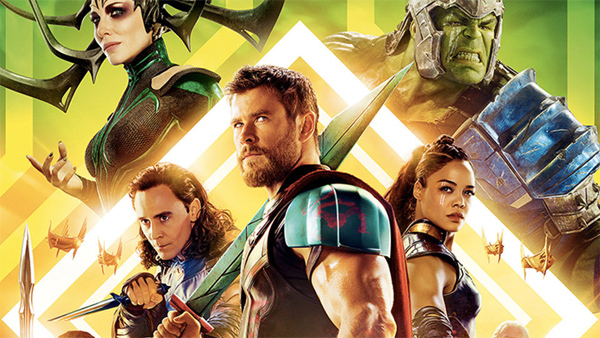 Have you seen Thor:Ragnarok? What do you thin?

In Marvel Studios’ “Thor: Ragnarok,” Thor is imprisoned on the other side of the universe without his mighty hammer and finds himself in a race against time to get back to Asgard to stop Ragnarok–the destruction of his homeworld and the end of Asgardian civilization–at the hands of an all-powerful new threat, the ruthless Hela. But first he must survive a deadly gladiatorial contest that pits him against his former ally and fellow Avenger–the Incredible Hulk!.

I could go on and on and on. This could be one of my top 3 movies of 2017 for now. I simply had so much fun, watching as a movie goer and also as a Marvel fan. Frankly speaking, I am not fond of Thor’s character among the avengers but after watching Thor: Ragnarok, I might just have another perspective and have more compassion for Thor.

It was amazeballs from start to finish. Well, not entirely but 80% of the time, I was truly entertained. First thing is the humour. I know it’s not so typical of a Thor movie to head into this direction but the formula seemed to have paid off and I don’t mind seeing this brand of humour being injected for Thor. This was completely different from first two Thor movies and it was never too late to fix what went wrong especially in the second one.

The estranged relationship between Thor and Loki also gave depth to the plot and it was also the first time that I felt some compassion for Loki #nospoilers Loki was more subdued and still very relevant in the Marcel Cinematic Universe. Am I tired to see the family squabbles? Not just yet. The bromance was nicely executed.

The one that I was most impressed with was Cate Blanchett in her portrayal as Hela. She was so intimidating as a villain and totally convincing one too. She still has got what it takes to pull off as a hottie despite her age. To me, she’s like the female version of Loki and I would more of her on screen.

Thor’s final trilogy shared some interesting insight on one under-rated character of The Avengers, the Incredible Hulk. We finally have a deeper understanding of Hulk’s character through his words and actions and I couldn’t have done it any better for Hulk’s screen time. You will come to a point that he could be your favourite Marvel character. Just like how Spider-Man appeared in Captain America: Civil War.

I am also in love with the soundtrack and choice of music, upbeat and chill at the same time. I had the same vibe when watching The Guardians of the Galaxy. Not much emphasis is normally given to superhero movies apart from when Hans Zimmer is involved (Man of Steel, The Dark Knight). Of course, it is tricky to create a music score for a light hearted theme like Thor:Ragnarok and the overall music feel was just fitting to the theme.

A very impressive start for Taika Waititi’s first direction in the MCU. I have not seen his earlier works such as Hunt for the Wilderpeople, What We Do in the Shadows and Boy, movies that are non-action based or Hollywood types. I’m definitely looking forward to his other movies and I hope he will be involved in other MCU movies in the near future.

It’s hard to pick out flaws when you are so engrossed and entertained throughout the film. Every scene was purposeful and I didn’t feel any drag or whatsoever.

Perhaps one pointer if I want to highlight was the different direction taken by Waititi – too much comedy packed in one movie may lose the credibility of the seriousness or the urgency of Thor’s character. The humour could have paid handsomely if this was a Spider-man movie. Nonetheless, I wasn’t too concern if Ragnarok’s tone was lighter than the first two movies.

None at all. Nothing to report about badly in this category.

Nothing short of brilliance and a superb direction by Taika Waititi in his attempt in the MCU. Ragnarok was purely entertaining from start to finish and I can’t wait for the upcoming, The Avengers: Infinity War Part I. Definitely giving this a second viewing. One of the best films of 2017. 9 out 10 stars.