Warning: count(): Parameter must be an array or an object that implements Countable in /home/rano365/public_html/wp-content/themes/yoo_nano2_wp/warp/systems/wordpress/helpers/system.php on line 61
 Rano360.com » Junaidah drives home a BMW 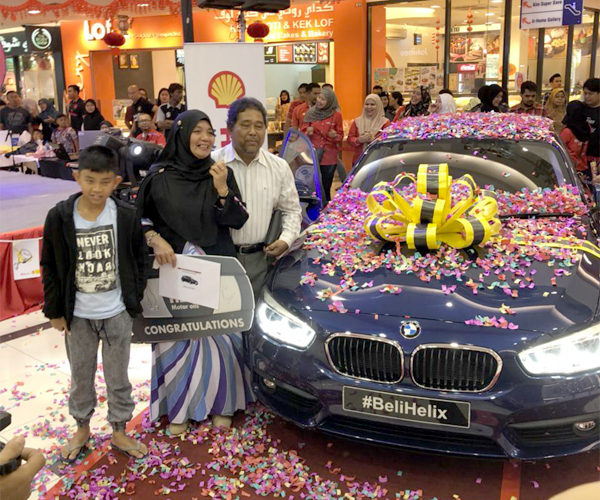 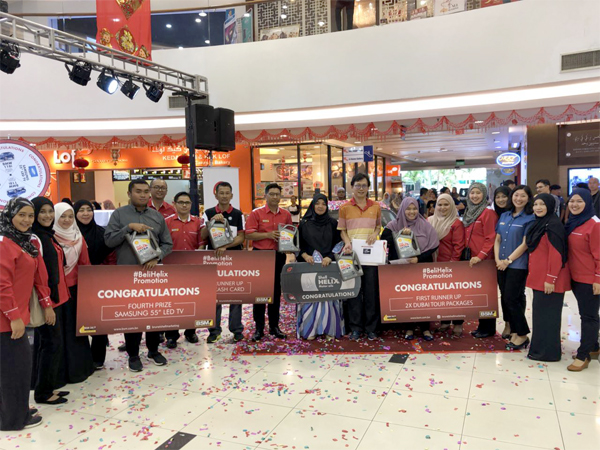 49-year-old Junaidah binti Abdullah from RPN Kampong Mentiri is now the new owner of the brand new BMW 118i after she became the sole winner of the BRUNEI Shell Marketing Co Sdn Bhd (BSM) #belihelix promotion that had more than 20,000 entries. According to the interview, she sells delicacies from home and of all person, she didn’t expect to win a prize, let alone the grand prize.

During the games, she had assistance from her husband who signalled her to choose the right key. From six possible keys (to unlock the BMW), it went down to the wire as Junaidah and Izzah Hazwanah Harun squared off in the final phase. The first two guesses from both finalists brought no luck until the 3rd attempt by Junaidah settled the tension as she managed to start the BMW in front of the huge crowd at Times Square Shopping Centre.

Izzah settled for second prize which was fitting for her as she can go on a honeymoon as she won a Dubai tour package for two persons. Mohamad Daud bin Taha won himself a BND 2,500 cash card while the consolation winners Nur Musaddad bin Hadanan took home, a Samsung 55’’ Smart LED TV and Ling Wah Hwang won a 13.3″ Macbook Air.

Not to worry for those who didn’t win any prizes as BSM launched another #beliheix promotion for the public. This time you have a chance to win the latest Nissan X-Trail followed by other prizes such as a Hong Kong Travel Package, BND 2,500 cash prize and consolation prizes too.

According to BSM representatives, their promotion has been a success and the public are gaining more confidence with their (shell) products. Keep up the great work and hope the branding of Shell remains strong in Brunei Darussalam. 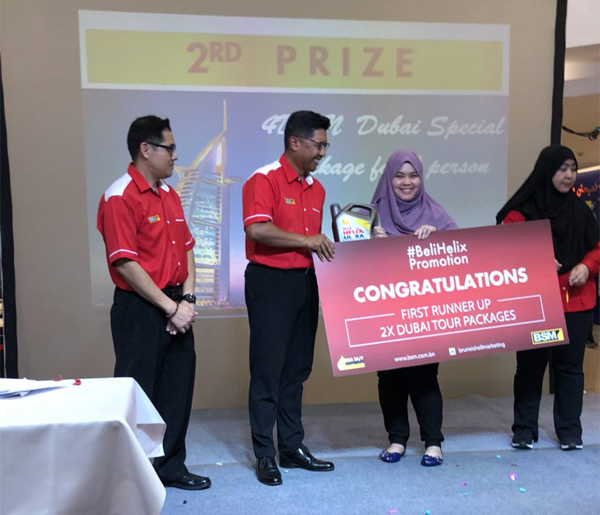 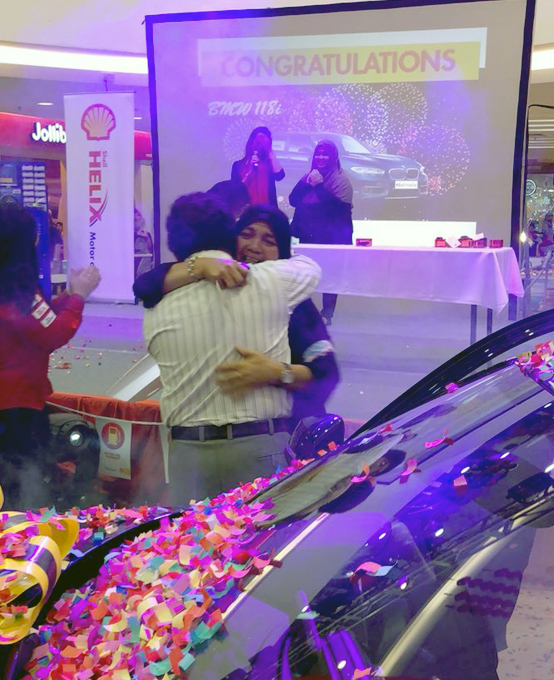 A historic moment for the grand winner 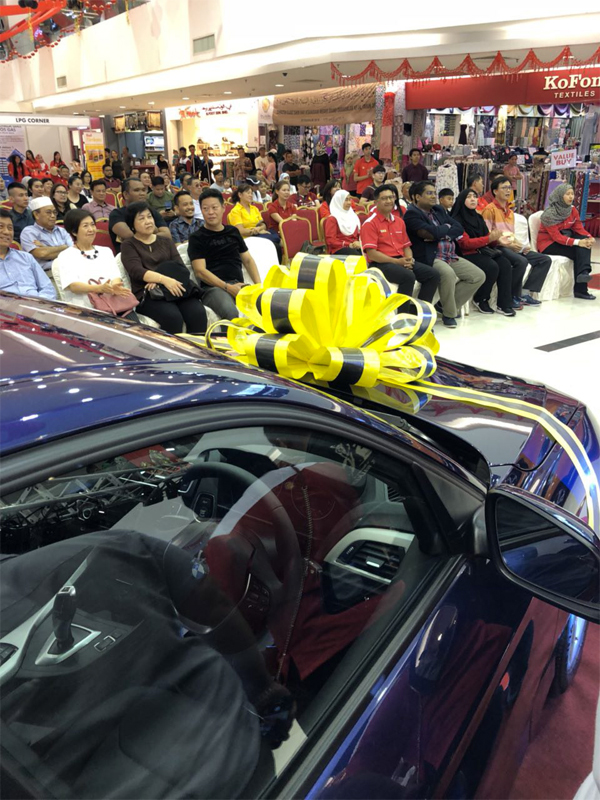 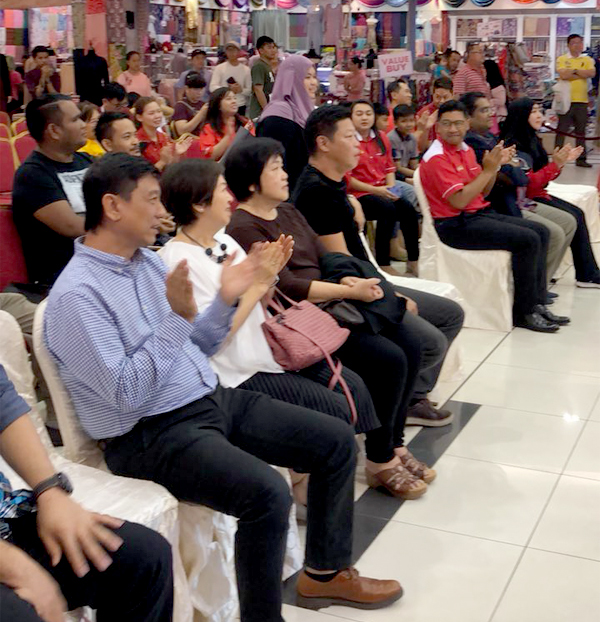 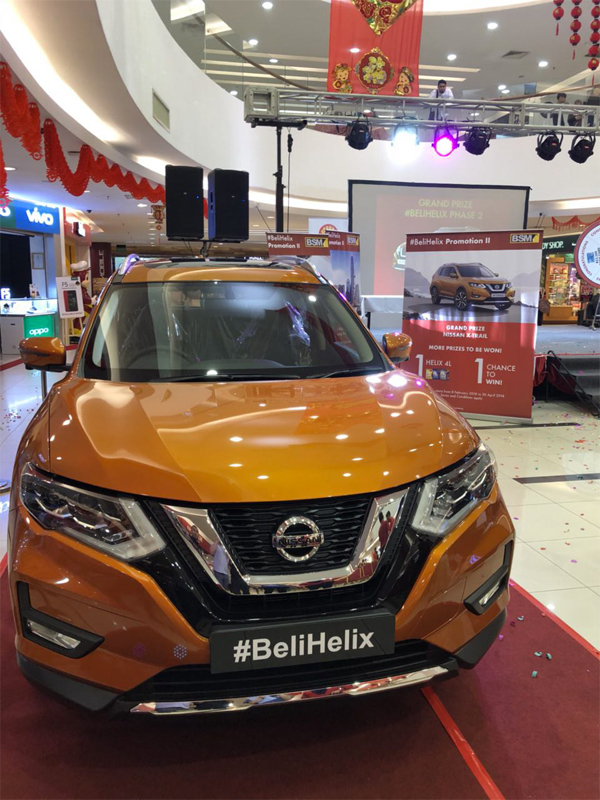