Warning: count(): Parameter must be an array or an object that implements Countable in /home/rano365/public_html/wp-content/themes/yoo_nano2_wp/warp/systems/wordpress/helpers/system.php on line 61
 Rano360.com » First deliver of the A320neo aircraft 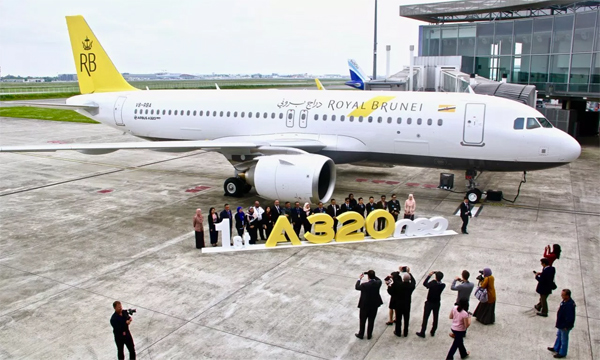 The new A320neo aircraft with members of the local media at Toulouse, France. Image taken from The Scoop. 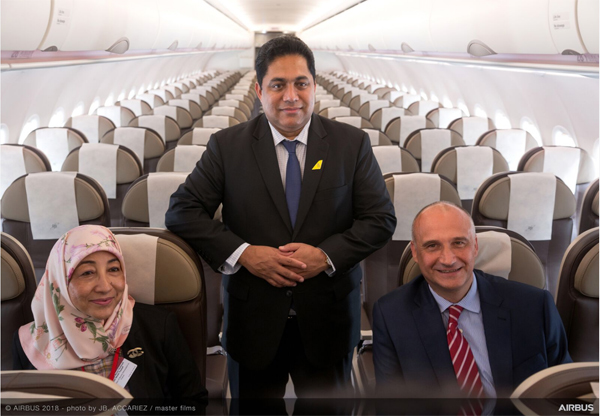 It would have been a perfect fit if I had a first hand view of the new A320neo purchased by Royal Brunei Airlines (RB) when it was handed over at Toulouse, France, a few days ago. This is the first of the seven firm aircraft (A320neo) and three option aircraft ordered by RB as part of its fleet renewal program back in 2014. So it’s good to see the plan turn to reality.

“Airbus A320neo aircraft comes equipped with Leap-1A26 CFM engines with some of the best fuel, noise, emission and operating efficiency in its class and will allow Royal Brunei Airlines to achieve significant cost savings and reduce its emissions footprint. We are based in Brunei on the Island of Borneo which has some of the most pristine environment on earth and we are pleased to be playing a part in preserving this,” said Mr Karam Chand, CEO of Royal Brunei Airlines.

“The RB A320neo aircraft is also the world’s first narrow body fitted with Thales Avant (Gen5) in-flight entertainment system and this will provide our guests significantly enhanced experience on board and match those generally available on long haul aircraft. These aircraft will have business, economy plus and economy seats with leather covering, USB power outlets and audio/video on demand at every seat. These features have been added keeping in mind the changing needs of our guests and to provide seamless and consistent service to our many transferring guests from the B787 Dreamliner long haul services to the A320 flights,” said Mr Chand.

“The new aircraft will also play an important role in maintaining and improving our operational reliability. RB’s on time performance is ninety percent, one of the best in the industry, however we believe we need to keep improving this as the vast majority of guests travelling to/from/via Brunei use RB services. The extended range of A320neo’s also provides RB with a lower risk option to pioneer new medium haul markets up to seven hours duration and we will be making new route announcement over the next several months,” added Mr Chand.

RB’s first A320neo aircraft will be in revenue service from 7th June 2018 with Singapore selected as the very first destination which is less than two weeks from now.

RB’s current fleet consists of 10 aircraft; four Boeing 787-8 Dreamliner and six A320ceo. Eight new aircraft will join its fleet by December 2018 (a fifth B787 and seven A320neo). RB will have one of the youngest fleet in the world with an average age of 2 years by the end of 2018. The national carrier of Brunei Darussalam today operates out of its hub airport – Bandar Seri Begawan to eighteen destinations across the world.

Can’t wait for the rest of the A320neo aircrafts to be delivered to Brunei. You can read more news of the delivery from The Scoop. 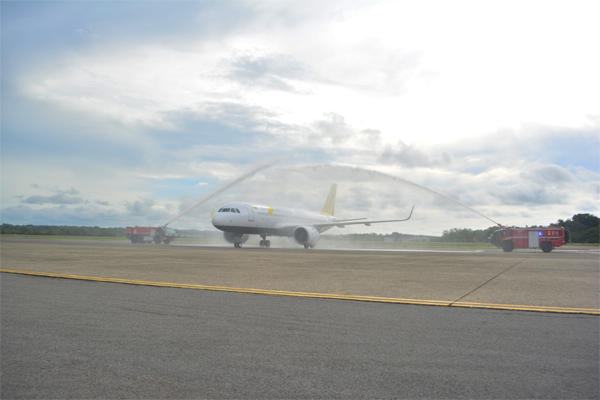 The traditional welcoming gesture for the new A320neo, a two minute water salute as a sign of respect and gratitude at Brunei International Airport