Warning: count(): Parameter must be an array or an object that implements Countable in /home/rano365/public_html/wp-content/themes/yoo_nano2_wp/warp/systems/wordpress/helpers/system.php on line 61
 Rano360.com » 2018 » May 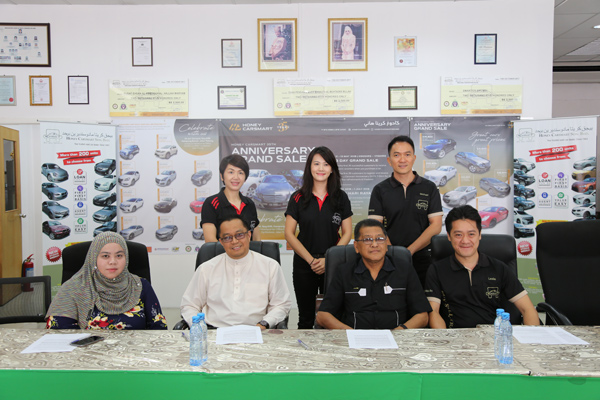 Something great is happening next weekend. This time is 5 times better in terms of benefits compared to the previous annual grand sale from Honey Carsmart. From 11th May to 13th May 2018, Honey Carsmart will holding their 4th Annual Grand Sale and it is also in conjunction with the 35th year anniversary in this industry.

As part of their 35th anniversary, the company will be giving away a unique electrical scooter for the first 35 customers during the grand sale period. On top of that, all the customers who purchased cars during the grand sale, they will benefit from the 3 X 5 package – a) 3 free monthly installments b) 3 free servicing c) 3 months warranty d) 3 free car wash and polishing and e) 3 free shopping vouchers worth BND 300. Now that’s a great value for customers.

For the first time, Honey Carsmart will have the support from two financing companies (previously one) and now customers have the choice to choose between Baiduri Finance Bhd and BIBD At-Tamwil Bhd. The event partners will be Seng Hoe Huat accessories who has strong relations with Honey Carsmart and they will be displaying some of their accessories. Their audio systems and auto gadgets will be sold at attractive prizes. RedBull will be the other event partner.

Honey Carsmart will continue the tradition in supporting and giving back to the community especially to the charitable foundations notably DANA Pengiran Muda Mahkota Al-Mutahtadee Billah, SMARTER Brunei and Pusat Ehsan Al-Ameerah Al-Hajjah Maryam. The company will contribute BND 300 for every unit sold within the 3 days and the charity pool will be equally distributed for donation purposes.

Last year, they managed to raise a total of BND 7,500 where 25 units were sold. This year, they are optimistic that the numbers of units sold will increase as it’s almost the festive season.

This time round there will be around 150 cars to choose. So better come down to Honey Carsmart next weekend and grab their best deal in town. You can follow updates on @honeycarsmartbrunei 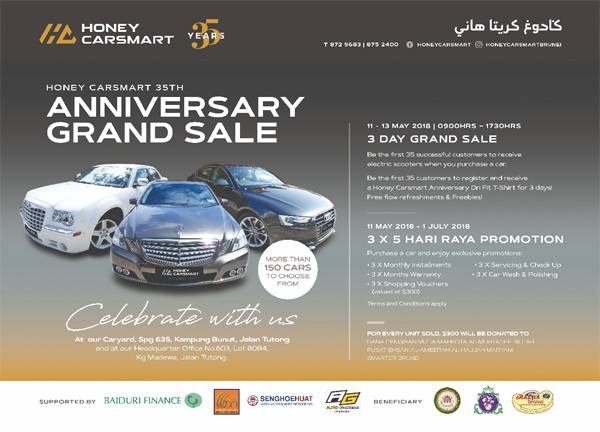 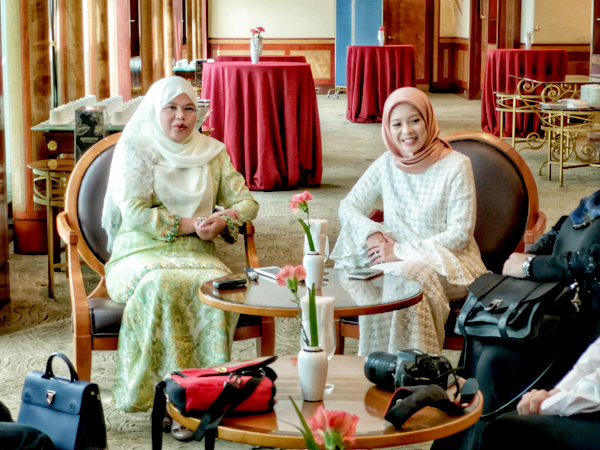 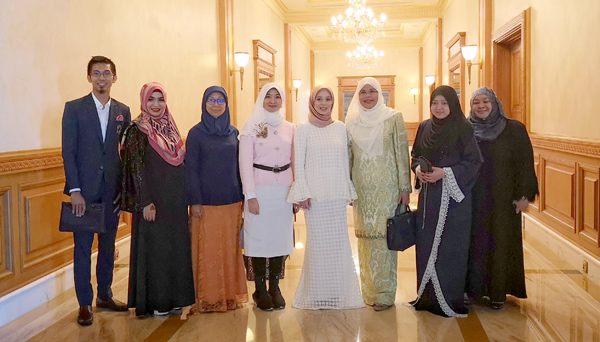 Group photo with representatives from Rozai Hijab, Baitul Hijaab, Mumtaz Collection and MukaKu Cosmetics where they were invited to join the Fashion Valet pop-up event

While the event will run until the 6th of May, BIBD customers were offered this special treat as part of BIBD’s efforts to bring more benefits to its cardholders. Throughout the event, transactions made using BIBD cards will entitle cardholders to discounts of 5% and 10% for debit and credit cardholders respectively. Customers will also accumulate double BIBD Hadiah Points that can be used to pay for utilities, donations, air miles and others.

As part of BIBD’s efforts to add more spirit to the upcoming holy month, the promotion aims to provide homes and families with more opportunities to save in preparation for their Raya celebrations, embodying the true community spirit.

In partnership with BIBD, Fashion Valet brings to Brunei Darussalam more than 30 brands from its online store and will give BIBD customers brand exclusive previews of designs that have yet to be sold online. Fashion Valet is pleased to bring more lines to the pop-up event in Brunei Darussalam and add to the festive feel with added lines for all genders and ages. In the spirit of the coming festive season, Fashion Valet prides itself in showcasing design labels that fit the needs of Bruneian customers. 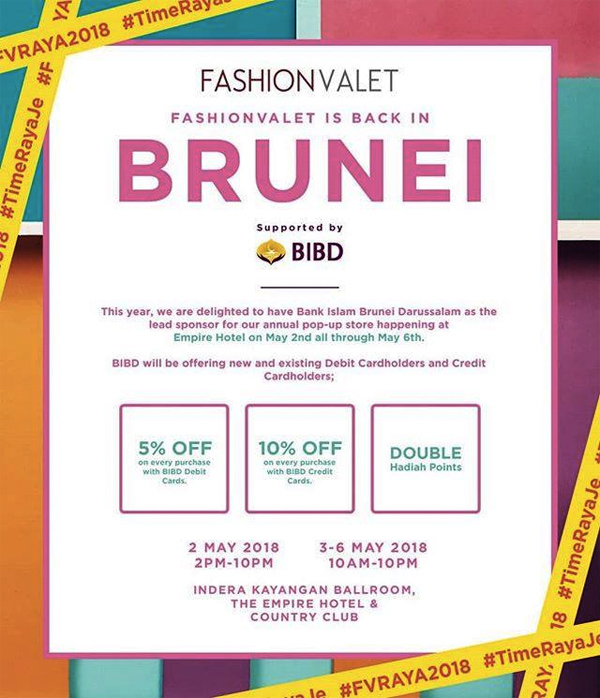 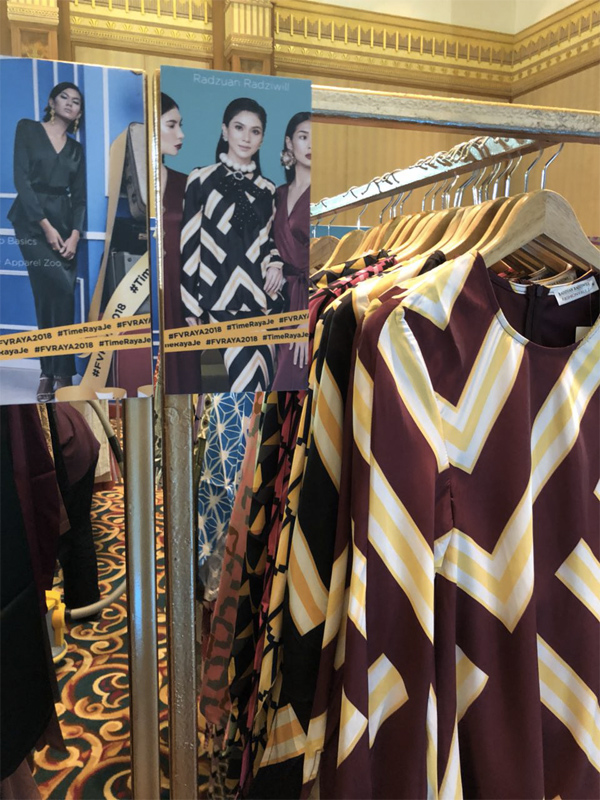 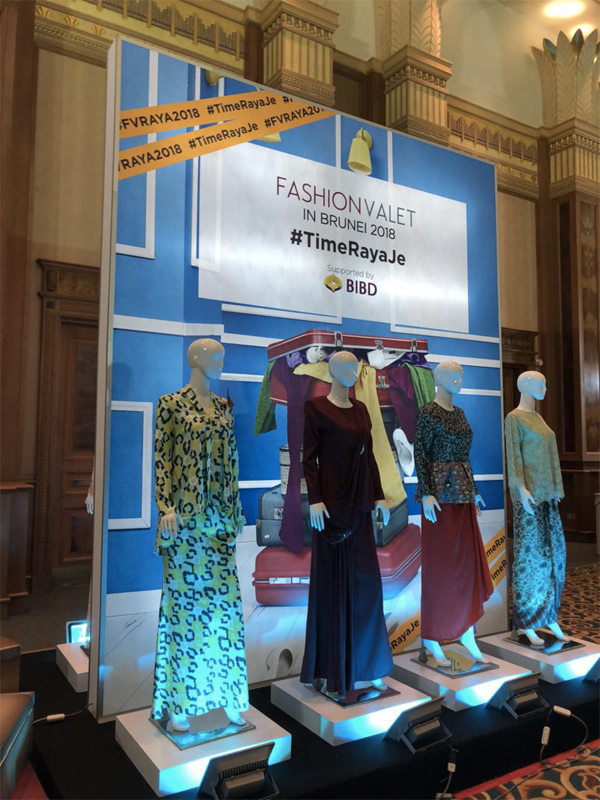 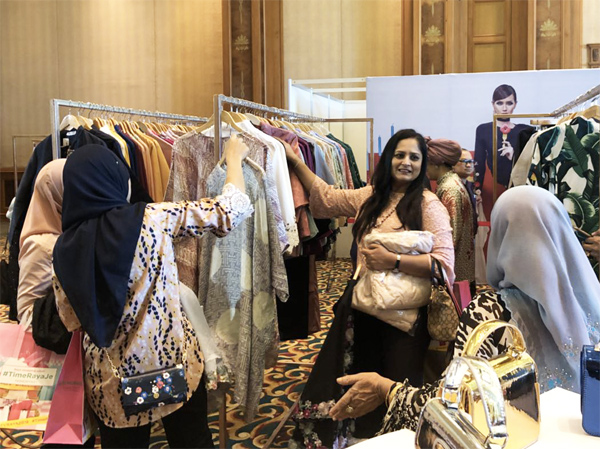 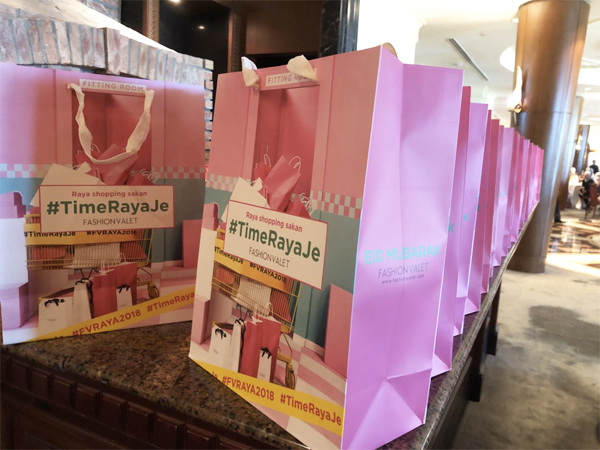 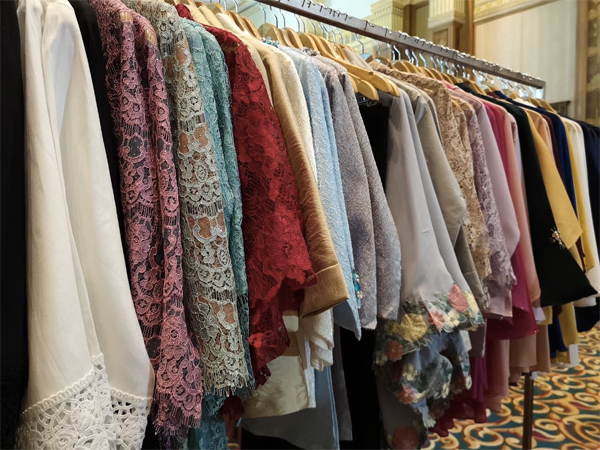 FashionValet’s Co-Founder and Chief Creative Office commented in a press release, “Every year we look forward to coming to Brunei; everybody here is so nice and welcoming and honestly, our year wouldn’t be complete if we don’t make a trip here. It’s been an annual tradition since we started in 2016.”

BIBD Head of Retail Banking, Hajah Nurul Akmar binti Haji Md Jaafar in a joint press conference, hopes that BIBD customers and local fashion entrepreneurs will see value in this partnership with Fashion Valet. Four local designers (Rozai Hijab; Baitul Hijaab; Mumtaz Collection; and MukaKu Cosmetics) will be present at the popup showcase and sell their collection to the public in participation of BIBD’s Catalyst programme, an entrepreneurship project aimed at establishing mentor-mentee relationships for local Bruneian designers to help elevate them to international standards. BIBD customers are offered an early start in their plans for the coming festive season, allowing them to focus on their Ibadah in the coming month of Ramadhan. 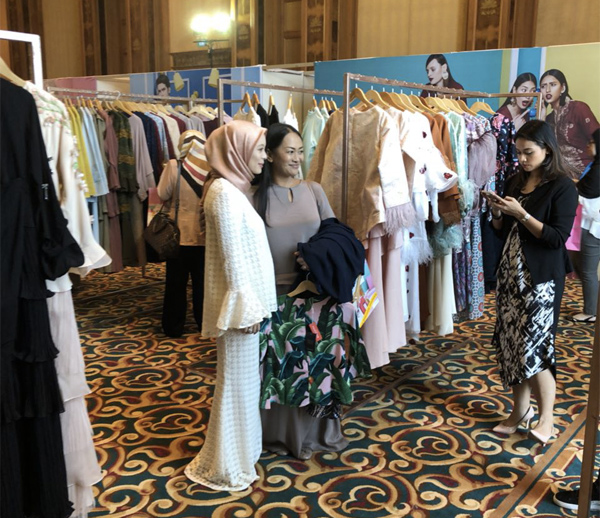 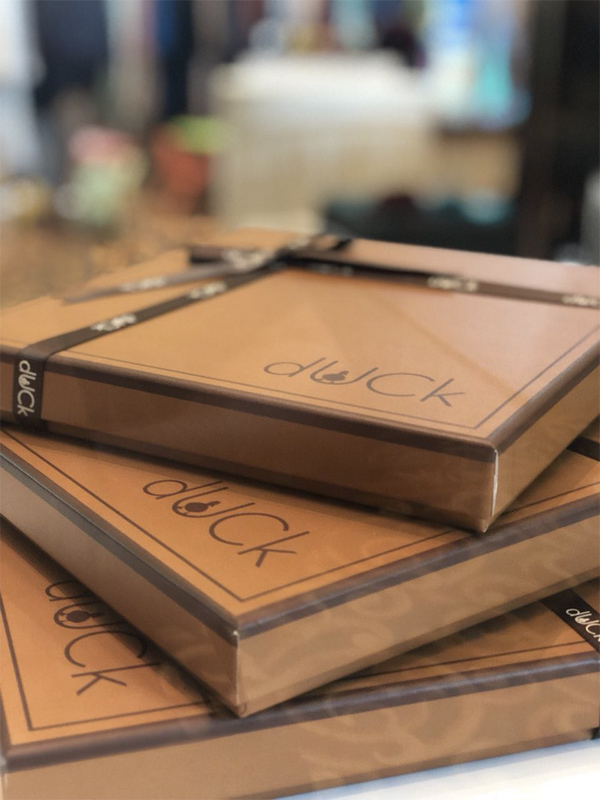 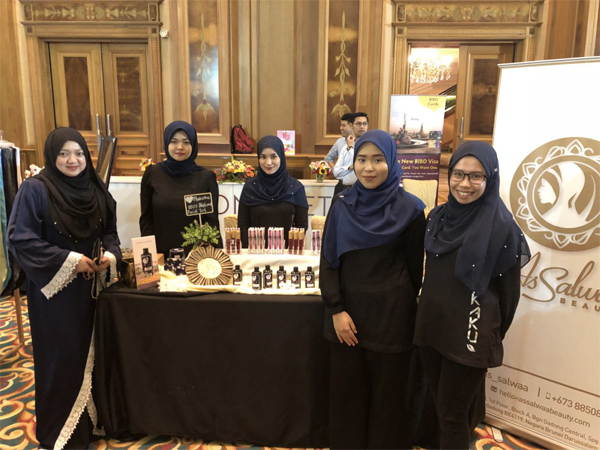 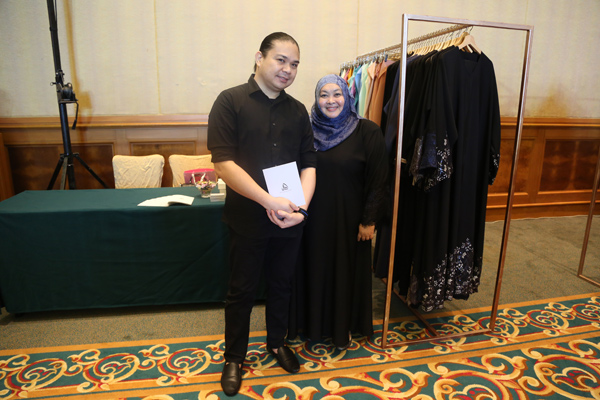 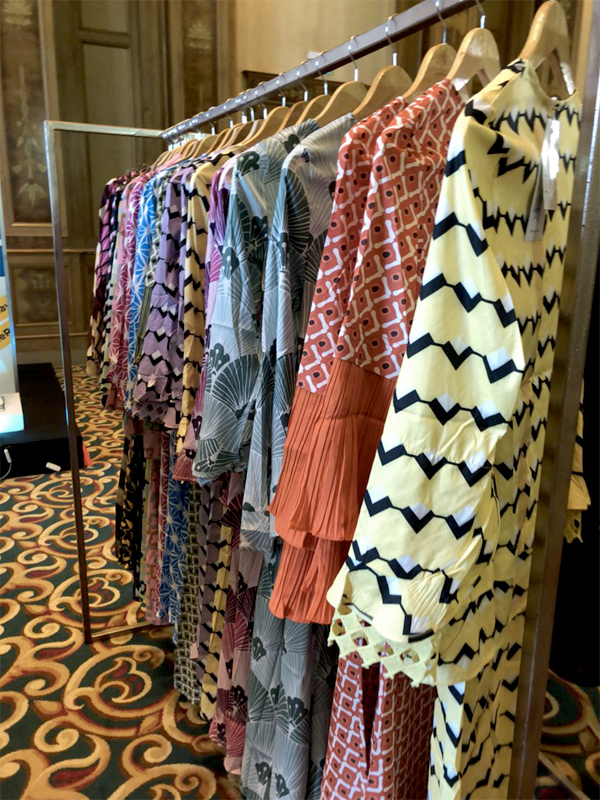 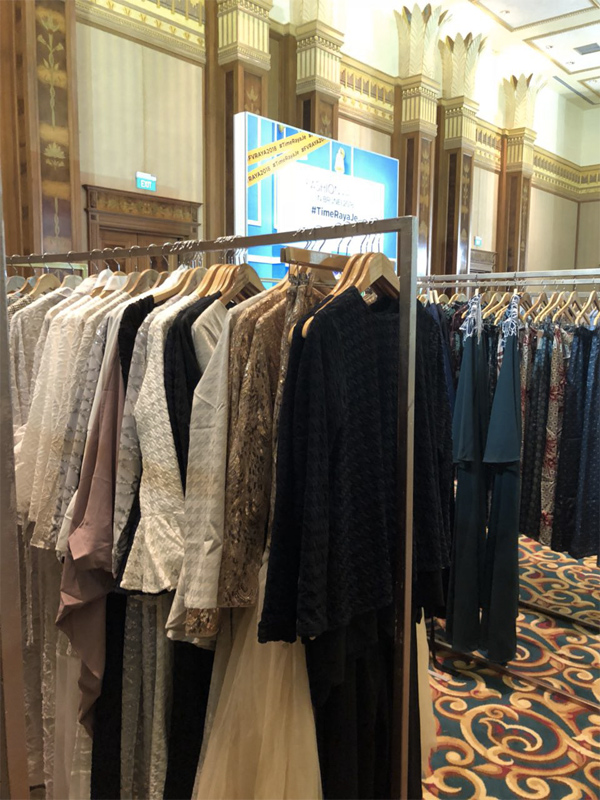 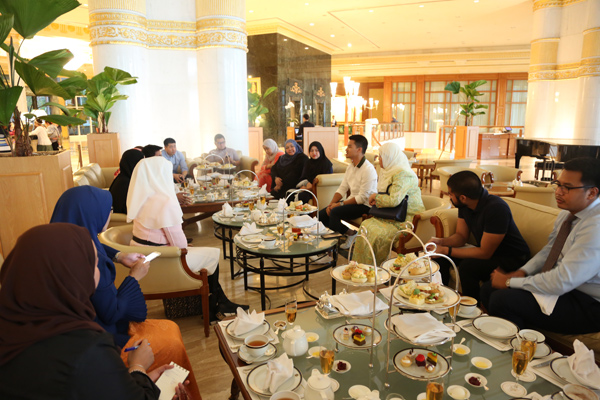 The mentoring session for the local vendors led by the co-founder of Fashion Valet, Fadz Anuar. 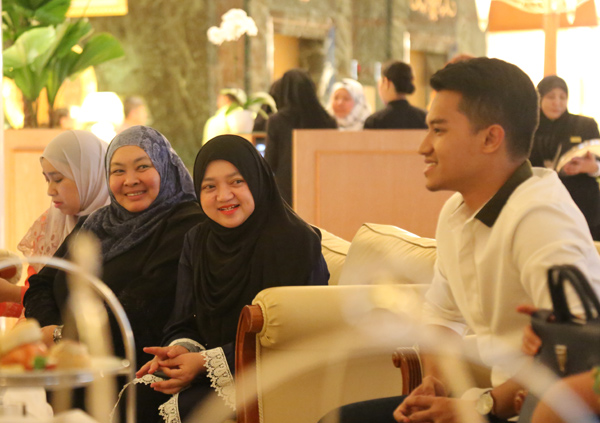 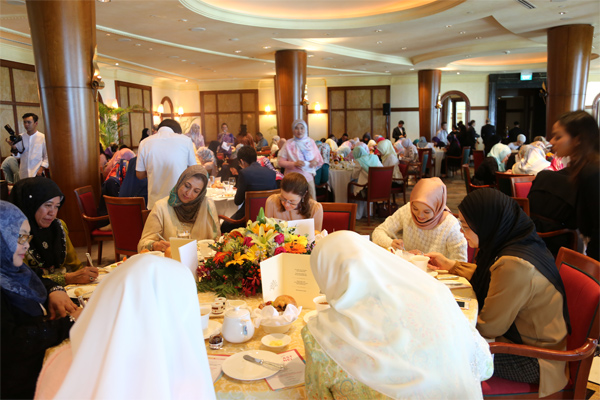 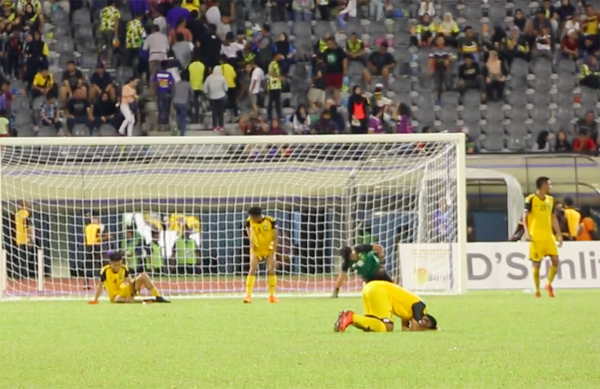 A deflated feeling for the players after the final whistle as Brunei bowed out of the Hassanal Bolkiah Trophy, losing to Myanmar 1-0 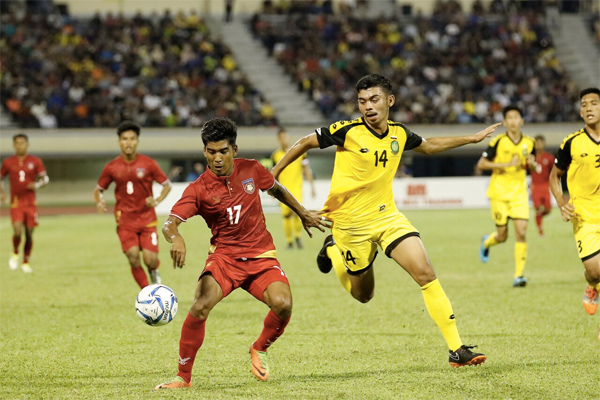 Myanmar No.17 sealed the deal with a 35th minute strike. Image by Infofoto.

Timor Leste grabbed the final spot of the semi-final as Brunei failed to keep at least a draw, falling down to the defending champions Myanmar 1-0. The script was simple – to at least draw against Myanmar. Instead the visitor spoiled the party of a strong 25,000 crowd at the Hassanal Bolkiah Stadium last night.

Myanmar’s No.17 Zin Min Tun scored the only goal and eventually the match winner. It came from an effort from Myanmar’s No.9 Aung Kaung Mann whose shot was parried by Brunei’s keeper, Ishyra
Amin Jabidi, only for Zin Min Tun to slot it in with the keeper rooted from his spot in the 35th minute.

Myanmar rested one of their main strikers but that didn’t stop the visitors from creating chances after chances. They held the ball well and stretched Brunei’s defence and midfield as they easily found space by the wing area. Myanmar were simply superior in every department and they had more pace than our players.

Myanmar’s head coach Kyi Liwn was happy with the result and he felt the players did a tremendous job even with numerous chances being wasted. Scoring more goals wasn’t his objective but grinding out the points was his mission. He told his players to focus on the field and treat the cheers and voices from the stadium as if they were their fans.

As for Brunei Darussalam, it’s back to the drawing board as they are dumped out of the Hassanal Bolkiah Trophy and now looking ahead of other competitions. Brunei coach, Mario Riveira Campesino shared that Brunei showed that they have the talents and they will need to have more exposure, playing internationally to gain experience. He was in high praise for Myanmar for being able to hold possession and controlling the pace of the game.

To me, Brunei did show improvements from their first match against Timor Leste. If you ask me, it was the Timor Leste match that they should have won at least. However, the ball is round and anything can happen in football.

On a brighter side, I was pleased with the defensive display by Ak Yura Yunos who had numerous crucial interceptions throughout the 90 minutes. He was able to read the game and thwarted many attempts by the visitors. He was one of the busiest players on the field last night. Another person I should highlight is our own keeper, Asmin. He made the scoreline more respectable as Myanmar could have score more and closed the game away. Both players, Ak Yura and Asmin, deserved a big round of applause.

Brunei’s best chance came once again from captain Faiq Jefri Bolkiah. Myanmar failed to clear the ball in defence and Faiq only had the keeper to beat but guided his shot straight to Phone Thistar Min in the 50th minute. That could have been the equalizer for Brunei to qualify for the semi-finals. But it was not meant to be.

Brunei rarely threatened in the second half, only relying on half chances which was a tall order. Kudos to Myanmar for putting up a courageous and disciplined performance. They are now favourites along with Singapore to lift the HBT. Brunei bowed out with only three points from six games while Timor Leste squeezed in with four points. Myanmar topped the group with 7 points.

In the other match, Cambodia beat favourites Singapore 1-0 but both still qualify for the semi-finals. Lao DPR is eliminated from the tournament.

Now with Brunei Darussalam out of the equation, the Hassanal Bolkiah Stadium won’t be the same when the semi-final match will take place this Wednesday. Economically, it won’t be good for business especially food and merchandise vendors. A lot of revenue were made from these said vendors whenever Brunei play at the national stadium.

I’m definitely gonna miss watching Brunei playing in front of an amazing crowd. It looks like another two year wait. 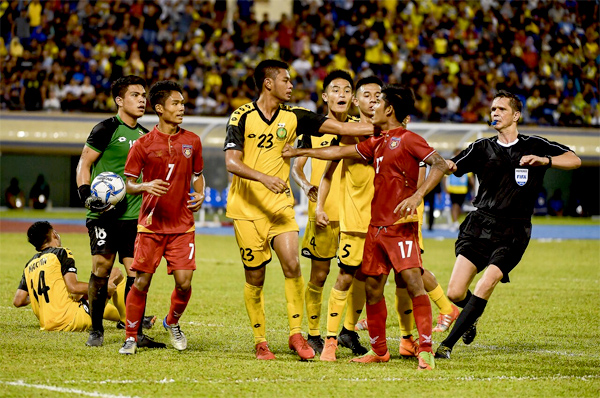 Another majestic display by Ak Yura Yunos in defence. My man of the match! Image by Infofoto 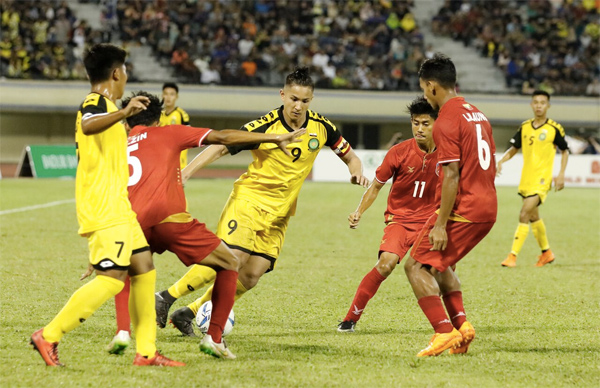 Captain Faiq Jefri Bolkiah showed moments of brilliance and could have scored in the 50th minute. Image by Infofoto 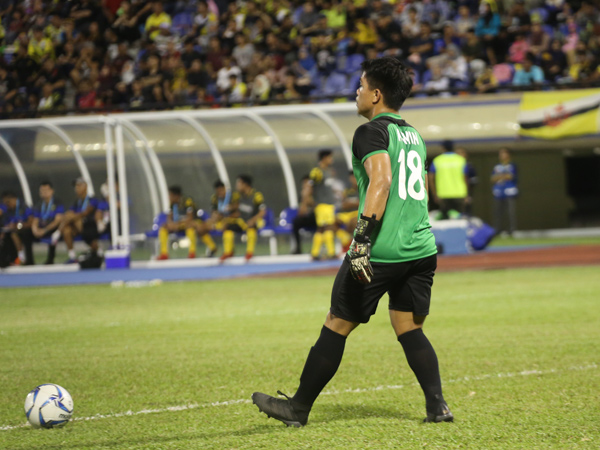 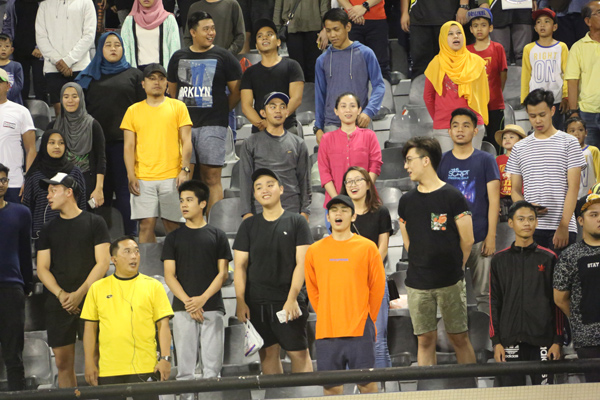 Standing up for the national anthem 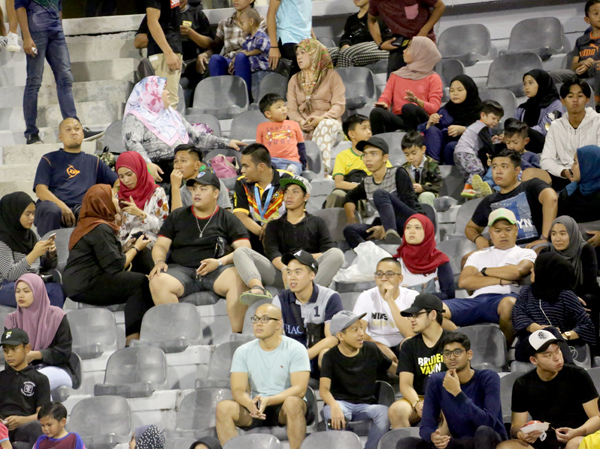 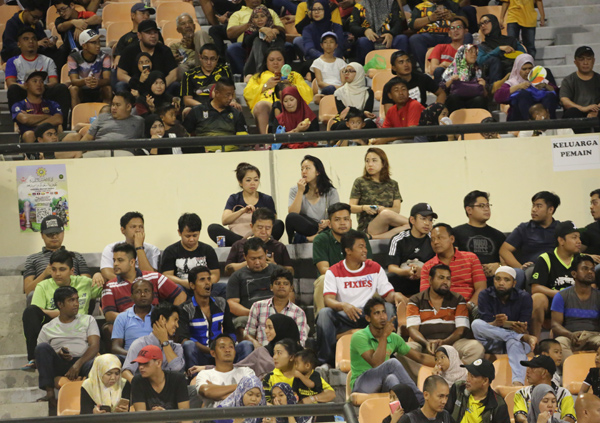 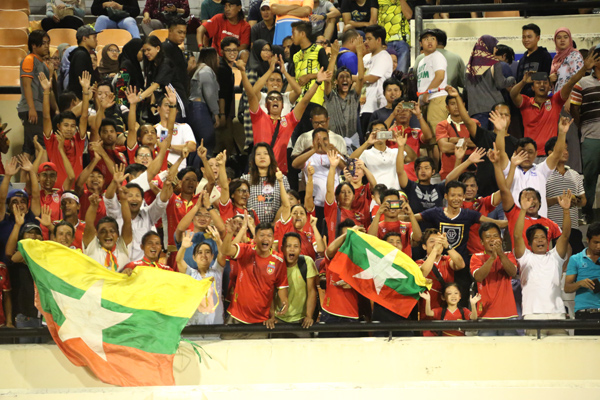 A small section for Myanmar but they made an impactful presence 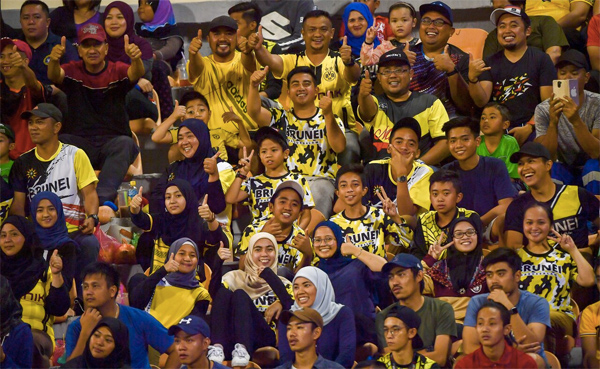 We will definitely miss the energetic crowd