Warning: count(): Parameter must be an array or an object that implements Countable in /home/rano365/public_html/wp-content/themes/yoo_nano2_wp/warp/systems/wordpress/helpers/system.php on line 61
 Rano360.com » TechXpo Cyber Games Tournament 2018 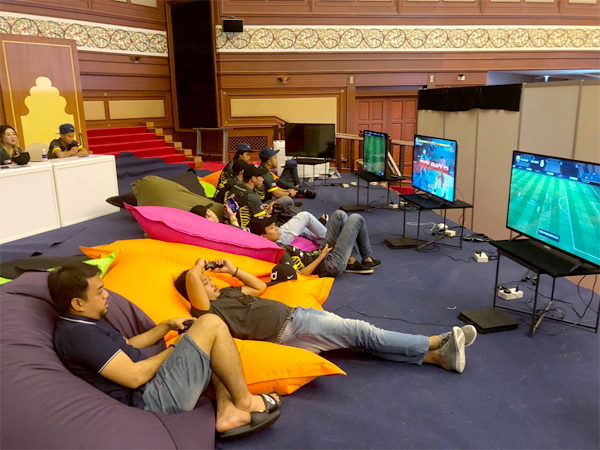 The cool bean bags while playing some console games 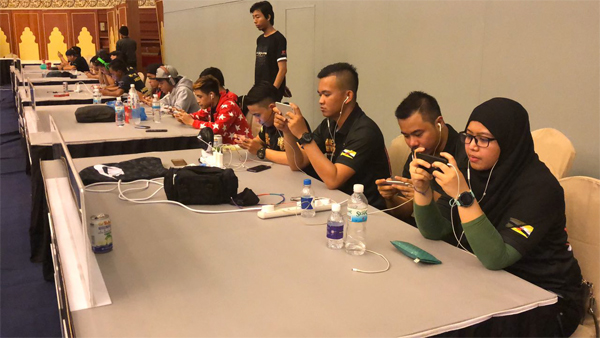 Rules of Survivors attracted more than 70 teams if I am not mistaken. Each team consists of 4 gamers.

This year’s TechXpo Cyber Games Tournament 2018 is the biggest e-sports tournament of all time with a record prize pool of BND15,000 worth of cash prizes to be won across seven games: the PC games – CS:GO, League of Legends and DOTA 2; console games – Tekken 7 and FIFA 18; and mobile games – Mobile Legends and Rules of Survival.

There are local gamers as well gamers from Sabah and Sarawak except for the Counter Strike:GO, which was only open to Brunei citizens and residents.

The champion of the CS:GO will walk away with a cash prize of BND2,088, while the first and second runner-up winners will receive the respective cash prizes of BND1,288 and BND888.

In DOTA 2, the prizes are BND988 for the champion, BND588 for first runner-up, and BND388 for second runner-up. Chicken Rice 1 from Malaysia was crowned the champion while Team CRRR and Team Daddy came second and third respectively.

The champion of FIFA 18 will win BND488 in cash, with BND388 for the first runner-up and BND288 for the second runner-up.

In Tekken 7, the champion will walk away with the cash prize of BND488, first runner-up with BND388, and second runner-up BND288. As far as I know, our local player Ivan Pang was victorious as he claimed the honour of being the Tekken 7 Champion.

Of all the games, RoS has the biggest engagement among spectators during the Cyber Games tournament. The match is projected on a huge screen for spectators to watch and it is also being live casted by Kenneth Khoo.

A record pool of BND15,000 worth of cash prizes are to be won across seven games in which over 100 teams are competing in PC Games (CS:GO, League of Legends, and DOTA 2), Console Games (Tekken 7 and FIFA 18) and Mobile Games (Mobile Legends and Rules of Survival).

The Cyber Games Tournament is organised by D’Sunlit while Sigma Cyberspace and BruGames are the co-event manager. The Platinum Sponsor for the event is Progresif. 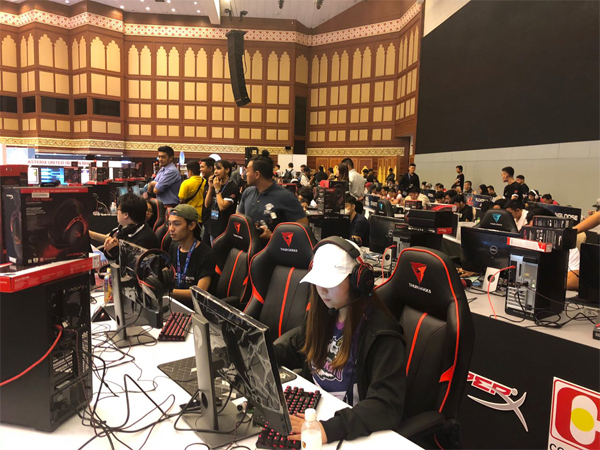 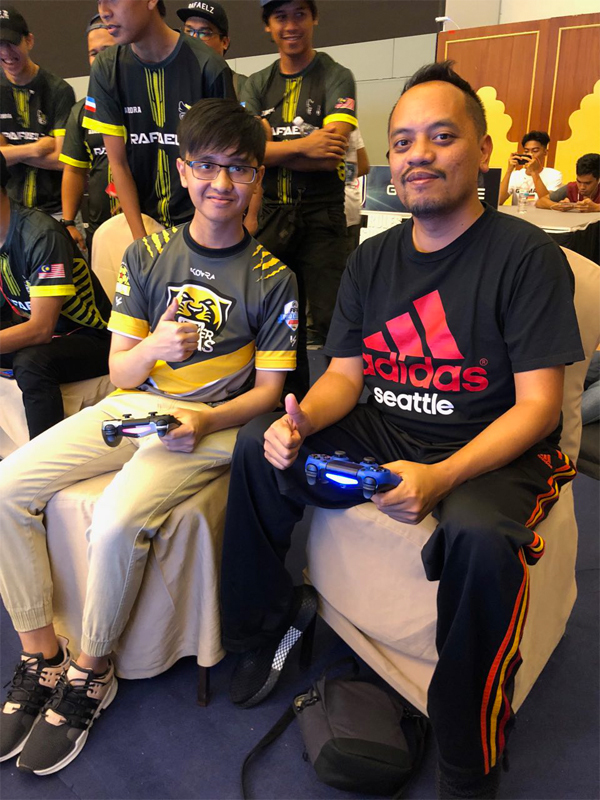 Alif Akmal and I were in the same group. He beat me handsomely 5-1 and I ended up winless in the group stage. 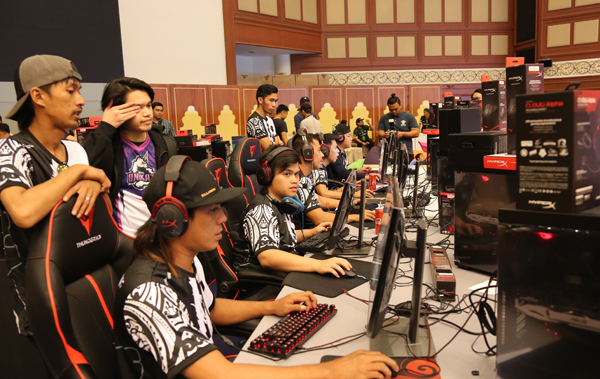 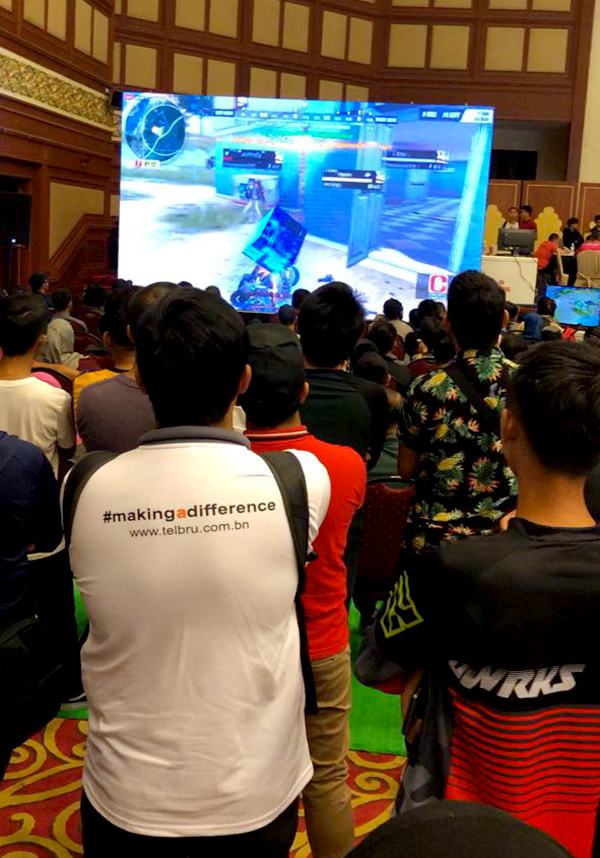 Spectators galore for the Rules of Survivor 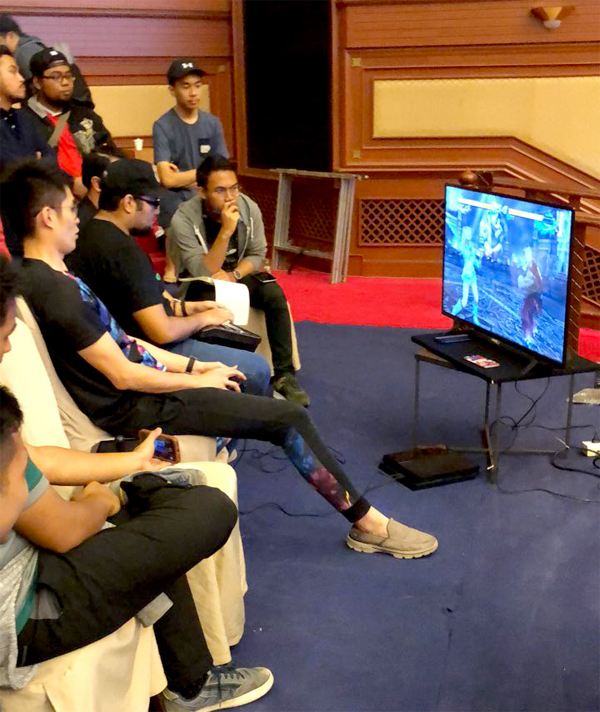 Ivan Pang (right) was victorious once again in Tekken 7. He won the previous on organized by Game On 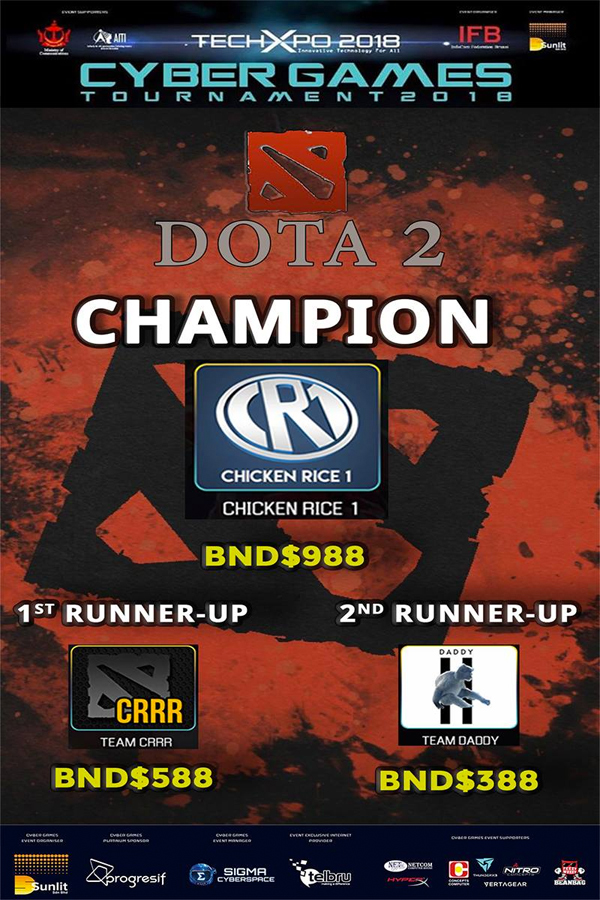 The champions of DOTA 2