Warning: count(): Parameter must be an array or an object that implements Countable in /home/rano365/public_html/wp-content/themes/yoo_nano2_wp/warp/systems/wordpress/helpers/system.php on line 61
 Rano360.com » Syrian Warm Winter Project by WeCare 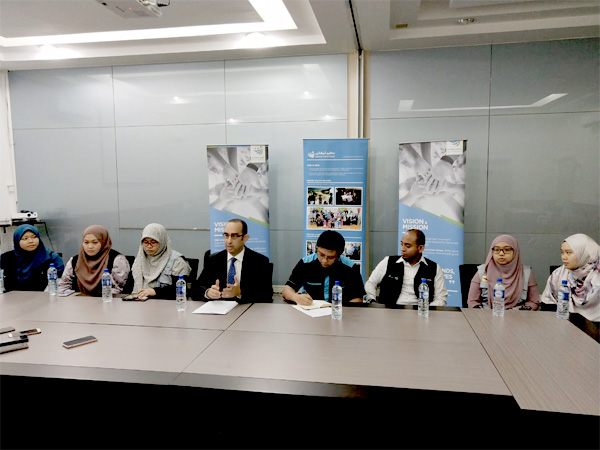 His Excellency Mehmet Suat Akgün, the Ambassador of the Republic of Turkey to Brunei Darussalam (4th from left) and Hj Rusdi Asdani bin Hj Jorsni, the President of WeCare (5th from left) with members of WeCare during the press conference of Syrian Warm Winter project earlier this morning at Knowledge Hub

Present during the press conference was His Excellency Mehmet Suat Akgün, the Ambassador of the Republic of Turkey to Brunei Darussalam. His Excellency expressed his support to WeCare’s on-going efforts in providing aid to the Syrian refugees who are based in Turkey.

“Turkey pursues a humanitarian foreign policy and takes concrete initiatives to promote stability and prosperity in its region and beyond. According to the Global Humanitarian Assistance Report, Turkey ranks the biggest donor country world-wide with its USD 8 billion humanitarian assistance in 2017 and furthermore, Turkey maintains its position as the country’s largest host of refugees,” shared His Excellency Mehmet Suat Akgün.

“Turkey has been pursuing an open door policy for Syrians who had to flee their country in the past seven years due to ongoing violence. Over 3.5 million Syrians are currently hosted in Turkey. More than 600,000 Syrian children continue their education in Turkey and 20,000 teenagers are studying in Turkish universities.”

According to the press release, this is WeCare’s second visit to Turkey in giving out aids to the Syrian refugees. Hj Rusdi Asdani bin Hj Jorsni, the President of WeCare, highlighted that the Syrian Warm Winter initiative aims to raise funds from the public to purchase basic food and necessities such as rice, sugar and cooking oil as well as warm clothing. These items will help to ease the burden of the Syrian refugees during the winter season in Turkey.

A basket of food will cost BND 45 and a bag of winter clothing compromising of woolen gloves and jackets will be BND 38. Donate will be opened until 7th October 2018. Members who wish to contribute may contact them thru the following numbers 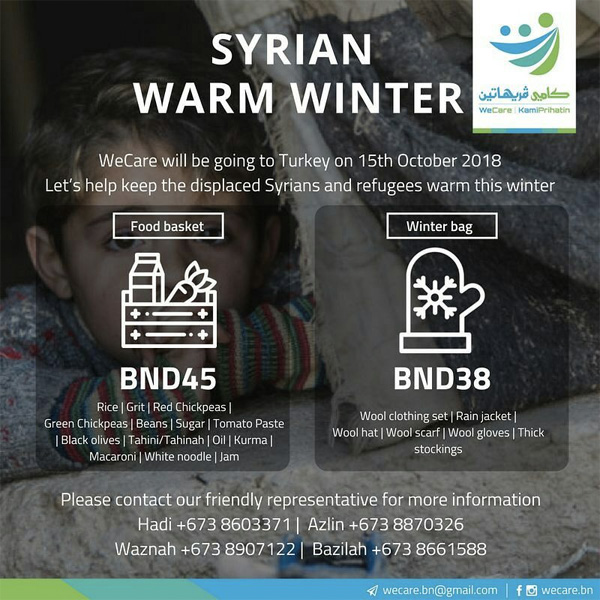 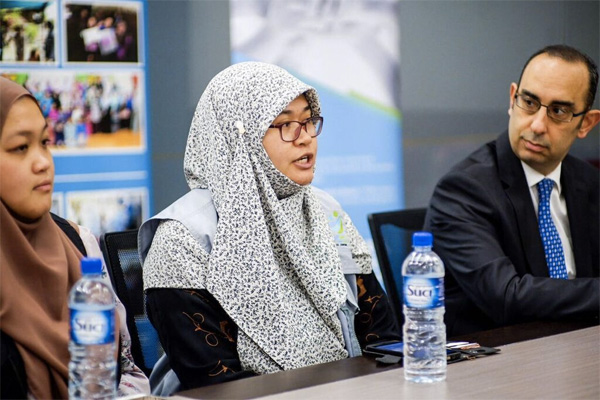 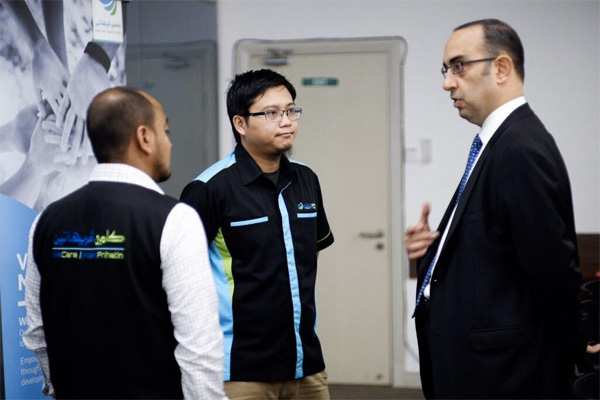 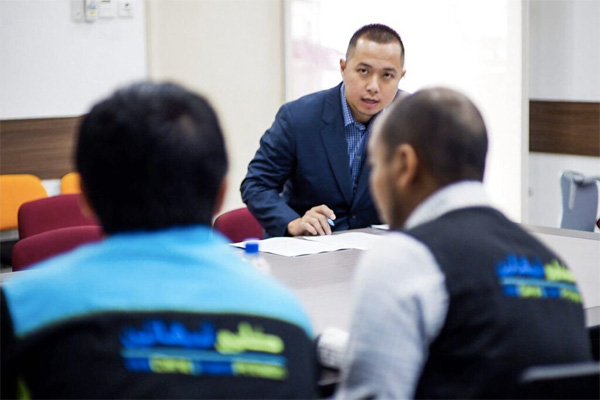