Warning: count(): Parameter must be an array or an object that implements Countable in /home/rano365/public_html/wp-content/themes/yoo_nano2_wp/warp/systems/wordpress/helpers/system.php on line 61
 Rano360.com » Strike : Redemption 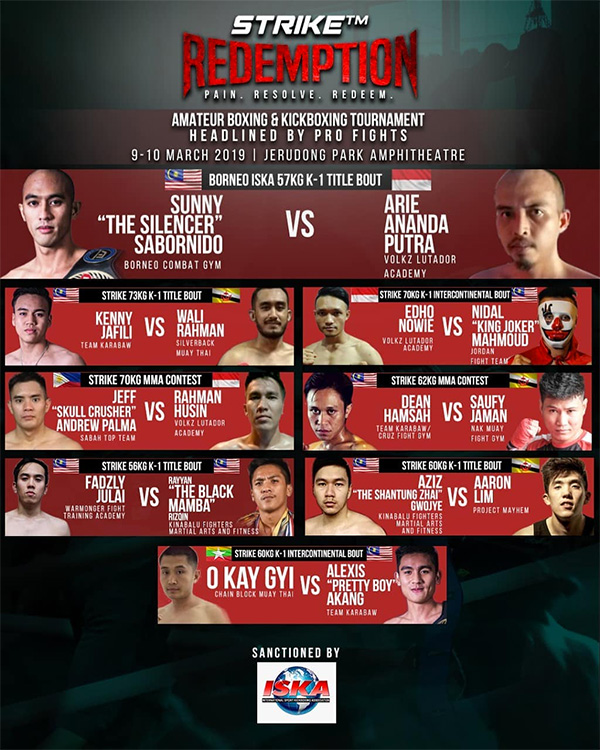 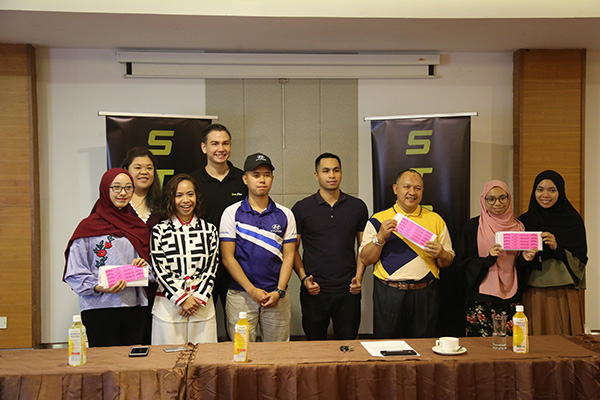 STRIKE Promotions will be hosting its second regional Amateur Boxing and Kickboxing Tournament titled ‘STRIKE: Redemption’ which will take place from 9-10 March at The Jerudong Park Amphitheatre. This event is being supported by the Ministry of Culture, Youth and sports and sanctioned by the International Sports Kickboxing Association and the Brunei Darussalam Boxing Association.

There are a total of 63 confirmed participants from 18 local and regional gyms who will be competing in the amateur tournaments. Regional gyms participating in this event include Kinabalu Fighter Martial Art and Fitness Centre, CoachPro from Philippines, Team Karabaw and Sabah Top team.

The event will kick-off with an Amateur Kickboxing Tournament on Saturday 9th March followed by the Main event which will take place on Saturday evening. On Sunday, the Brunei Darussalam Boxing Association will be hosting its Amateur Boxing Tournament. The Main event will feature a total of 8 pro-fights and will feature local fighters Aaron Lee of Project Mayhem, Wali Rahman of Silverback Muay Thai and Saufy Jaman of Nak Muay Fight Gym. Out of the eight bouts, 4 will be title fights and they will be for the Borneo ISKA 57KG K-1 title, STRIKE 73KG K-1 title, STRIKE 56KG K-1 title and the STRIKE 60KG K-1 title. 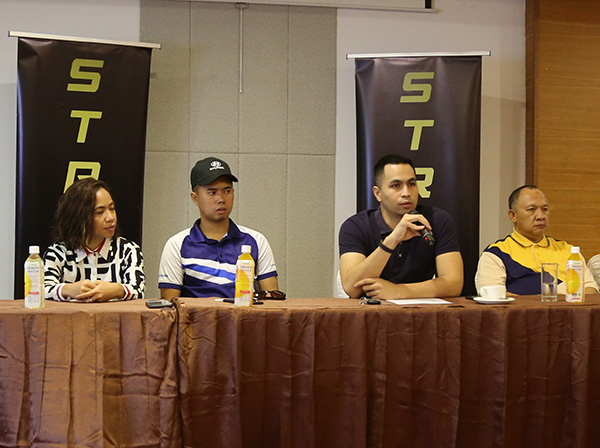 Firdaus ensuring that there is ample security personnel during the event. There will also be police officers overlooking the upcoming event. 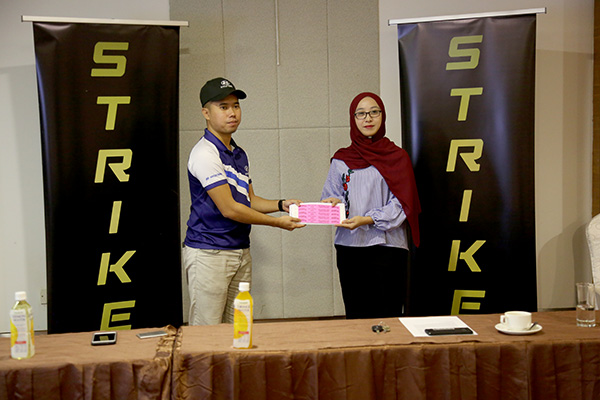 This event will be unlike any other as the main event will showcase special needs athlete Sunny ‘The Silencer’ Sabornido who is the first and only hearing impaired Muay Thai fighter from Malaysia. The objective of this event is to raise public awareness to ensure inclusiveness and equality of persons with disabilities as well as to inspire them to pursue martial arts. To support this cause, the promotion has partnered with Setia Motors Sdn. Bhd., BruPay Sdn. Bhd. and Jerudong Park Country Club (JPCC) to invite various special needs organizations which include Pusat Ehsan Al-Ameerah Al-Hajjah Maryam, Persatuan KACA and Persatuan Orang Kurang Pendengaran Kebangsaan (OKP) to attend the event.

In addition, STRIKE and BruPay Sdn. Bhd, the payment provider partner for the event, will be running a donation campaign in support of Pusat Ehsan Al-Ameerah Al-Hajjah Maryam from 2nd March through 31st March. Members of the public can submit their donations through the BruPay app by scanning a shareable QR code, which can be found on BruPay’s and Strike’s social media pages.

Setia Motors Sdn Bhd, the official car partner for STRIKE: Redemption will also be having a special promotion from now through 30th April for anyone who purchases any Hyundai model where they can stand a chance to win a brand new Hyundai i30.

Tickets to the event are available to purchase online now at Brunei.events. You can follow them on @strike.bn IG and also on Facebook (Strikebrunei) and also on email info@strike-promotions.com 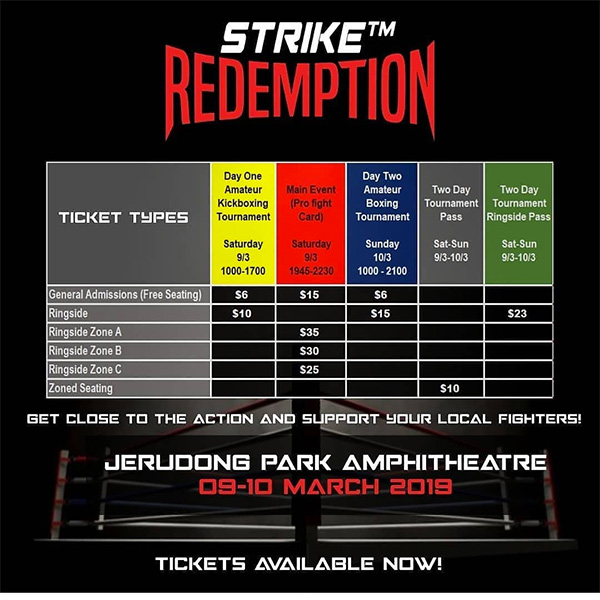