Warning: count(): Parameter must be an array or an object that implements Countable in /home/rano365/public_html/wp-content/themes/yoo_nano2_wp/warp/systems/wordpress/helpers/system.php on line 61
 Rano360.com » SHOP AND WIN EXCLUSIVELY FOR BAIDURI CARDHOLDERS 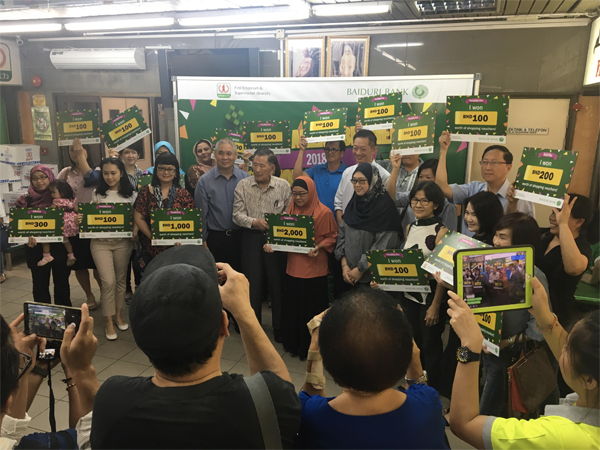 During the promotion period, with every BND50 spent and paid using a Baiduri Bank issued credit or debit card, customers will receive one chance to enter the Shop and Win draw and win shopping vouchers.

To be eligible, simply spend a minimum of BND50 in a single receipt between 17 May to 23 June 2019 and pay using a Baiduri credit or debit card.

Terms and conditions of the promotion can be viewed on Baiduri Bank website at www.baiduri.com.bn under the Promotions section, or on the Baiduri Bank mobile app – Baiduri Deals. For more information, customers may also contact the Baiduri Bank Customer Helpline at 2449666.

Baiduri Bank is one of the largest providers of financial products in Brunei, and holds franchise to four major card brands – Visa, MasterCard as well as UnionPay.