Warning: count(): Parameter must be an array or an object that implements Countable in /home/rano365/public_html/wp-content/themes/yoo_nano2_wp/warp/systems/wordpress/helpers/system.php on line 61
 Rano360.com » Audi Sport wins 24 Hours of Nürburgring for the fifth time 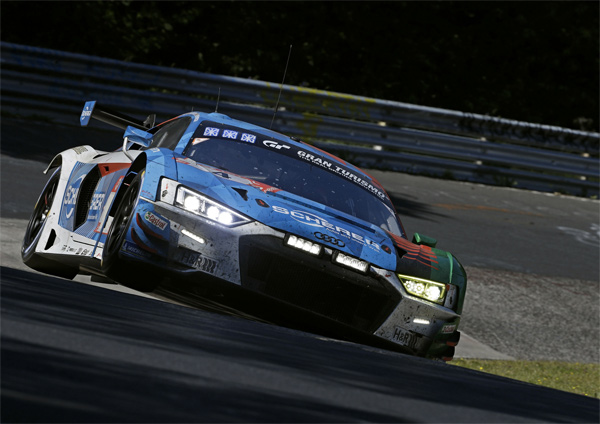 The 47th running of the 24 Hours of Nürburgring was a thriller up until the last second: Following a turbulent final stage, the number 4 Audi R8 LMS won the battle with last year’s winning team from Porsche with a one-lap advantage. For Audi Sport Team Phoenix based at the Nürburgring, this marked the third victory with Audi and the fifth in the team’s 20-year history.

“Sincere congratulations to the whole squad,” said Chris Reinke, Head of Audi Sport customer racing. “We won with a unique combination of diverse factors this time. The field was not fully balanced and our rivals drove better lap times across long distances. But the impeccable and strong driving performance saved us from penalties. The new evolution of the Audi R8 LMS was running perfectly and Ernst Moser’s team once again showed that it’s top-class also in the international comparison.” The team from the Eifel had won its home round with Audi back in 2012 and 2014 and previously scored two other victories. 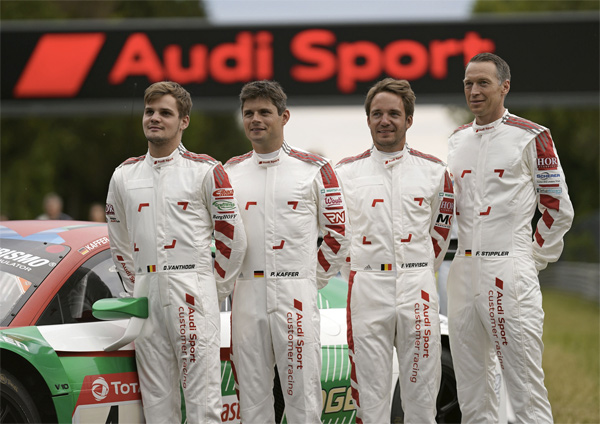 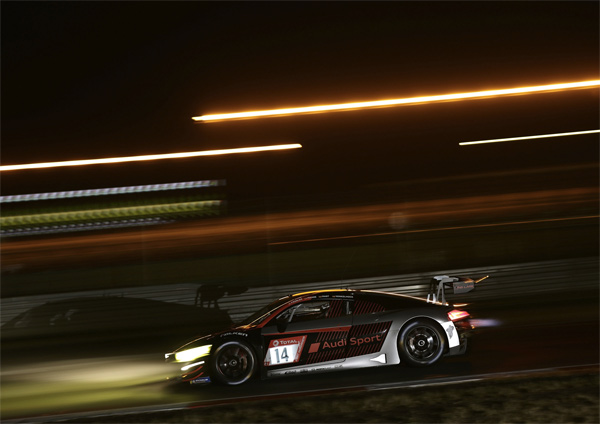 While three Audi R8 LMS cars were running within the group of the top ten for long stretches of the racing distance, car number 4 only took the lead for the first time on lap 142 when the Porsche that had been leading for a long time was handed a time penalty. At that time, a second Audi Sport Team had chances for victory as well – Audi Sport Team Land that was victorious for Audi at the Nürburgring in 2017. But two hours before the end of the race, the Audi R8 LMS from Wolfgang Land’s squad with drivers Christopher Haase/Kelvin van der Linde/Christopher Mies/René Rast retired after a puncture. Hence all hopes were pinned on the four Audi Sport drivers Pierre Kaffer/Frank Stippler/Dries Vanthoor/Frédéric Vervisch, who masterfully did their job. For the merely 21-year-old Belgian driver Dries Vanthoor, who drove the final stint, this marked the first Nürburgring victory, just like for Pierre Kaffer, who grew up in the Eifel. Frédéric Vervisch won the Nürburgring 24 Hours for the first time too. The Belgian was previously involved in the historic first 24-hour victory of the latest evolution of the Audi R8 LMS in Dubai in January. Frank Stippler, who hails from Cologne, won the iconic event as far back as in 2012 with Audi. In total, the GT3 race cars from Audi Sport customer racing have clinched as many as 13 overall victories in 24-hour races worldwide since 2009.

Several Audi customer teams clinched additional trophies at the Nürburgring. Team Giti Tire Motorsport by RaceIng with Rahel Frey/Bernhard Henzel/Pavel Lefterov/Frank Schmickler in an Audi R8 LMS won the SP8 class ahead of the Audi R8 LMS GT4 from Team Giti Tire Motorsport by WS Racing with the Asian driver crew of Xiaole He/Fei Li/Yat Wong/Andy Yan. Team Bonk Motorsport scored second place in the SP 3T class in an Audi RS 3 LMS – the best TCR race car in this class. In 2017, the squad based in Münster had claimed two podium finishes with this model and another podium in 2018. Fourth position went to the Audi RS 3 LMS from Team Avia Sorg Rennsport. As a result, nine of the ten race cars from Audi Sport customer racing finished the event.