Warning: count(): Parameter must be an array or an object that implements Countable in /home/rano365/public_html/wp-content/themes/yoo_nano2_wp/warp/systems/wordpress/helpers/system.php on line 61
 Rano360.com » music 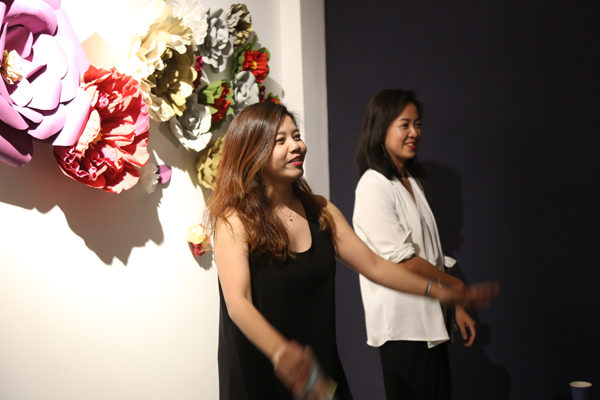 Have you visited Sound & Canvas lately? It was launched earlier recently at Setia Kenangan II, Kiulap, above Games & Latte. It’s managed by Sandy Tan who has the desire and passion for a creative community, devoted to experiment art in Brunei Darussalam. Her new studio aims at establishing creativity merging original music with various forms of arts.

Sound & Canvas (@soundncanvas) collaborated with Other Half Studio (@otherhalfstudio) for the theme “Can you keep a secret?”, an immersive Audio-Visual Exhibit. It is also supported by @happypetalsnco, Bloom Project Co. (@bloomprojectco) and Piccolo Cafe (@piccolocafebn). The Audio-Visual Exhibit will be ongoing until 31st December and it opens from Thursday to Sunday from 7:30pm to 11:00pm.

There is section of beautifully crafted paper petals on the wall where guests can write and post their comments or love notes for Sandy and her new studio.

So far the response has been encouraging and it was good to see the youth turning up for the Audio-Visual Exhibit and beginning to appreciate the artistic value of creative arts merging with original music.

This could be a new space for local artists and musicians to work together in promoting arts and music in Brunei Darussalam. Hence the space will be continually reconfigured throughout the year to host various exhibits and showcases.

In terms of services, Sound & Canvas provides advertising soundtracks, film/short film/tv/podcast soundtrack (that caught my eye huhu) and sounds/music for apps and games.

At Sound & Canvas, Sandy hopes to connect with musicians, artists, performers and independent makers who share a passion for creating original, ambitious work.

She holds BA of Communications (Hons.) from RMIT University Melbourne and BA of Music (Composition & Production) from the Australian Institute of Music Sydney.  Sandy’s creative practice usually involves electro-acoustic instrumentations and manipulating found sounds. Her work is inspired by a curiosity for how sound and music influence our social experiences, as well as parallels drawn between sound and other art forms.  Sandy has learned that anyone can create and showcase art. Talent is made valid with practice. 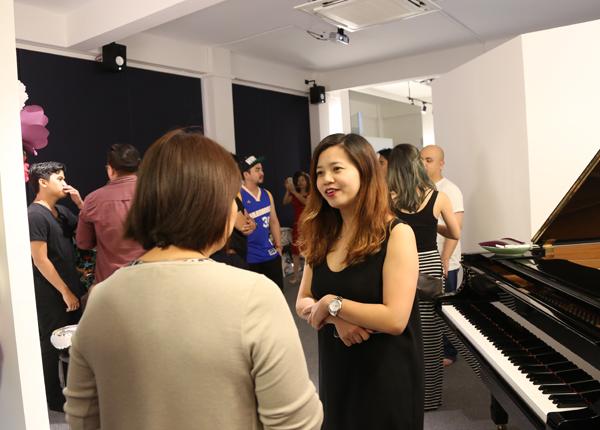 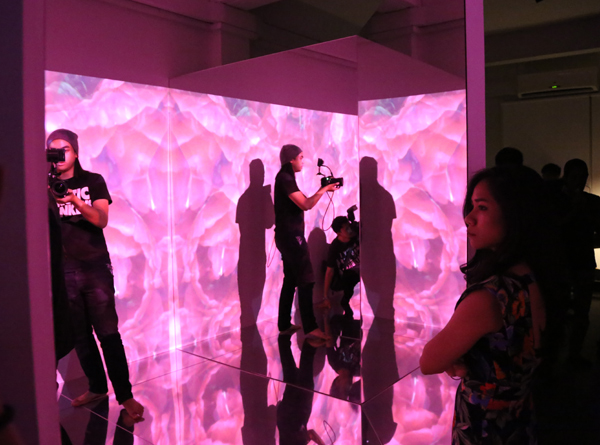 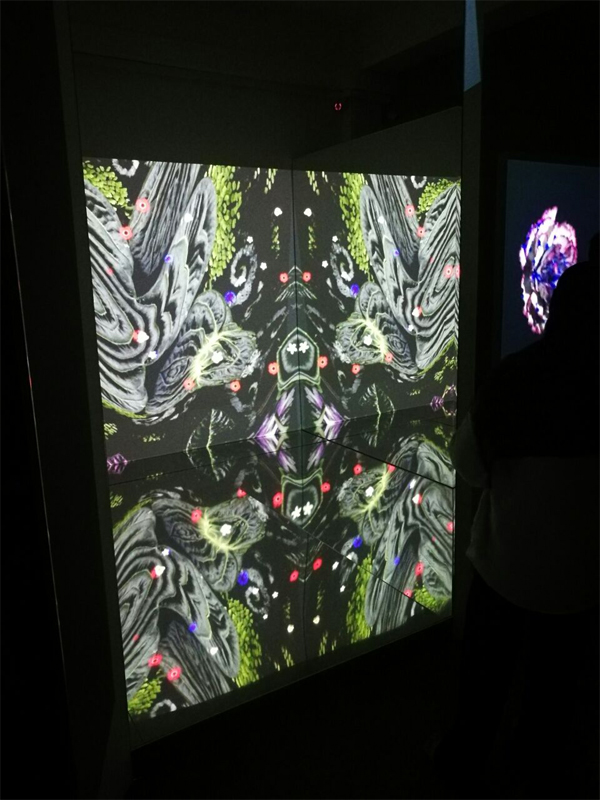 I love this part of the art 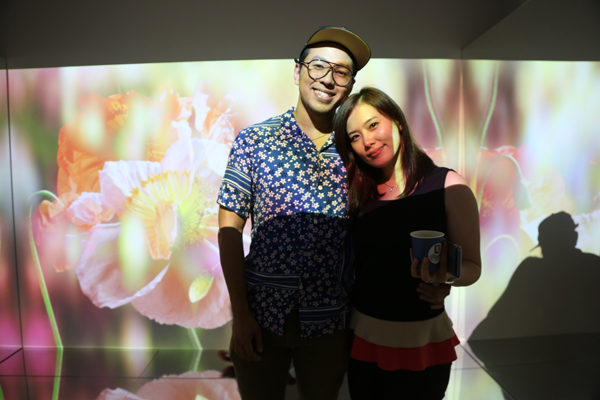 The flower arch created by @bloomprojectco 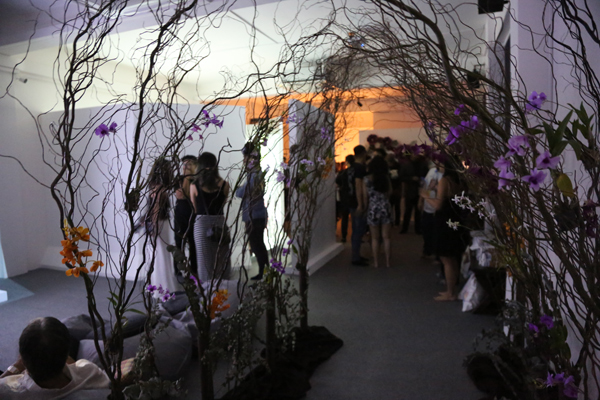 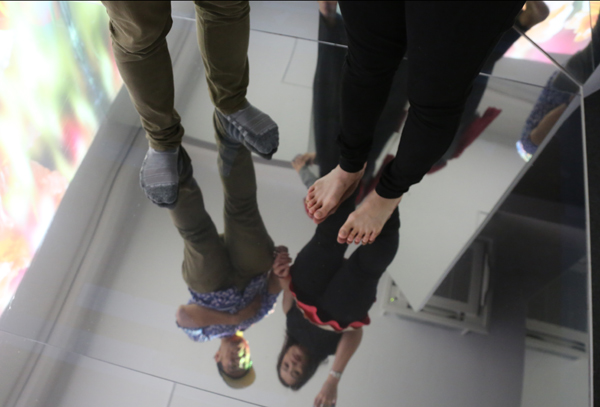 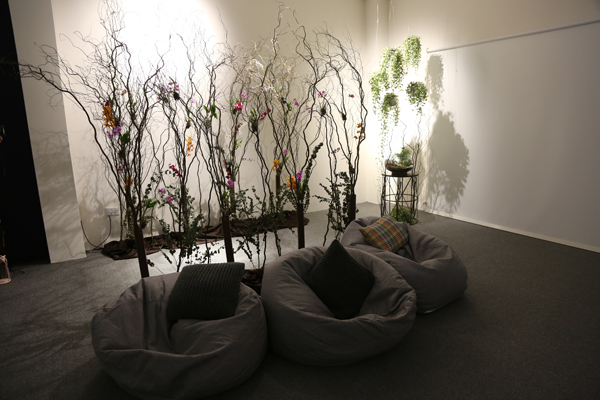 A place to chill and destress 😀 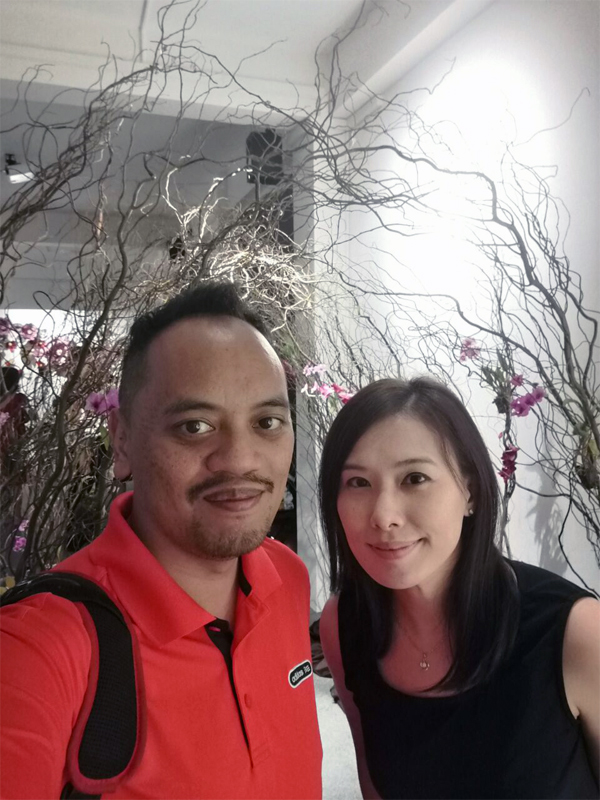 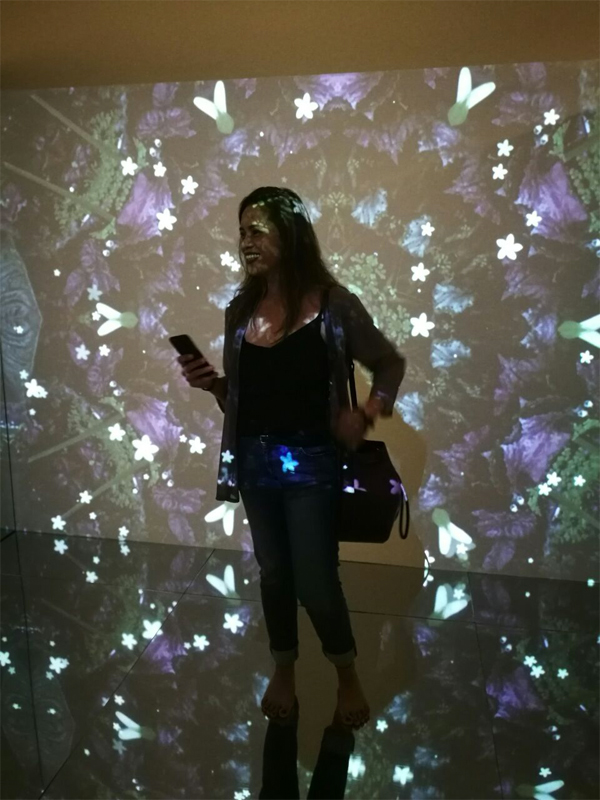 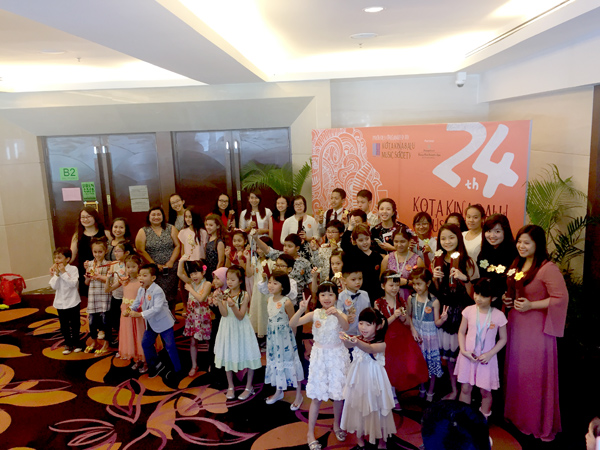 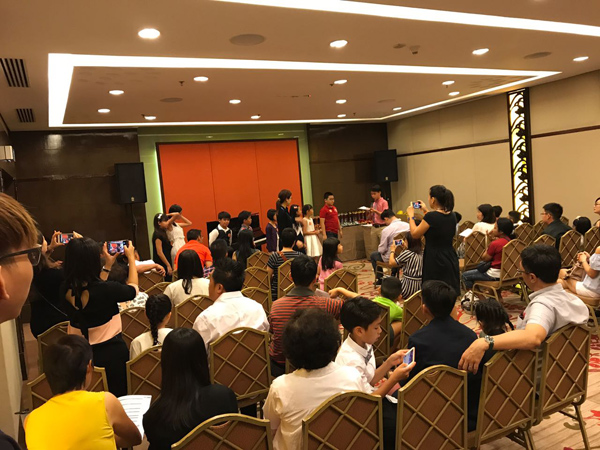 It was quite a memorable moment for the children and parents

A total of 52 students from Yippy Tune Music School participated in the 24th KK Music and Dance Festival in the Shangri-La Rasa Ria Resort on the 1st & 2nd September in Kota Kinabalu. This year, the event saw a record participation of 1,600 musicians from Brunei, Singapore and Malaysia. The participants from Yippy Tune competed in the category of piano, vocal, violin and drums and pocketed a total of 90 medals, which consists of 26 Gold, 41 Silver and 23 Bronze.

This is the second year that Yippy Tune has sent students to compete in the KK Music Festival, following an initial win of 13 medals win during their first visit two years ago. “While the students came here after months of preparations and hard work, one of the main reasons for this participation was for the spirit of communion and exchange with other musicians. Deon Ong, Yippy Tune’s principal remarked, “Completing a performance is like winning a sport event! It helps to create awareness of live music performance and reflects the music school’s practice of providing a balanced and outgoing programs for students.” She added, “Coming to the event required tremendous commitment, time and effort not only from the students alone, but the undivided support from the teachers and parents whom we pay our utmost thanks and gratitude to.”

According to a parent, “The KK Music Festival created an incredibly inspiring and unique experience where my child can perform in front of an international crowd. It really humbles you to see so many talented individuals and at the same time lift everyone’s standard because of the friendly competition.” Said Delon Hon, whose daughter, Natalie received a Gold Medal in her Piano Performance.

Comparing to the previous years, the judges have elevated their expectations, tightened the number of medals they released, while assessing the contestants’ every strength and weaknesses in much greater details. “This is a welcoming change, because it lifts the standard for everyone and motivates the students to work harder in their preparation for the next year’s event. It also makes the award extra more precious for those who have won.” Said Teacher Marcel from Yippy Tune. “All our teachers are extremely proud of our students’ effort and result. Their tenacity and attitude towards music has really encouraged each of us.”

The music gathering this year was a much-anticipated event especially because the organisers stepped up the game by inviting world-class performers and judges to take part in the judging panel and conducted special group classes for the students. Renown participants included Pianist, Yen-Lin Goh whose work appeared in Vera Ivanova’s soundtrack, Wesley Johnson, a senior lecturer from UPSI, Dr. Tham Horng Kent, the recipients of Asia Yamaha Music Scholarship graduated from Royal Conservatoire of Scotland and Japanese pianist Misa Yamamoto. Press release and images courtesy of Yippy Tune. 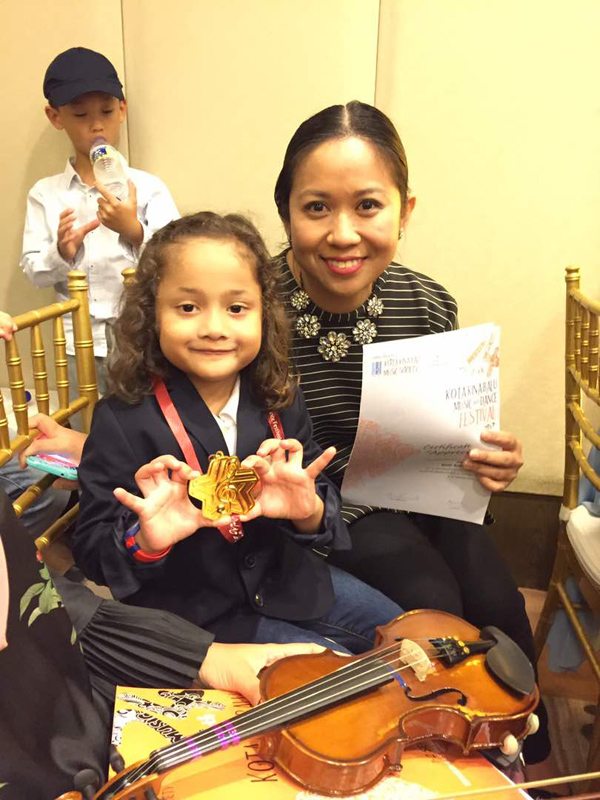 One of the gold medal recipient from Yippy Tune 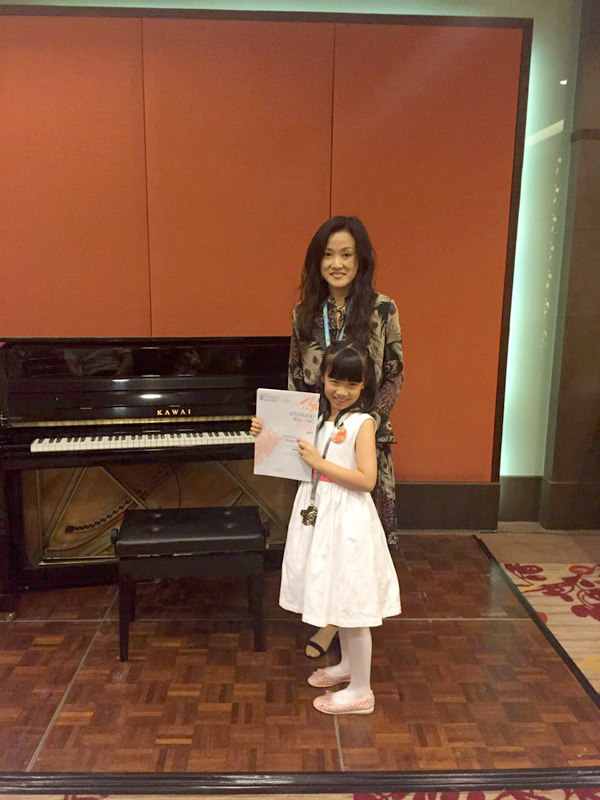 Aubrey Lee receiving a medal too 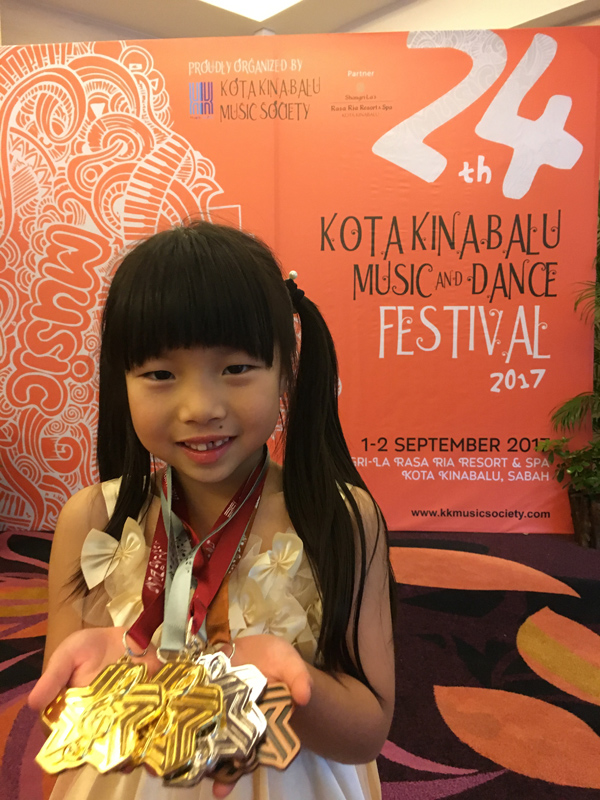 Siena Hoon was one of the biggest winners with 2 gold, 2 silver and 1 bronze 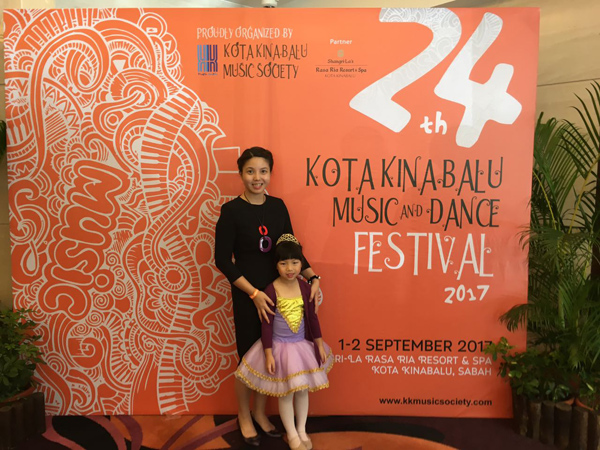 Siena with her mother Deon Ong 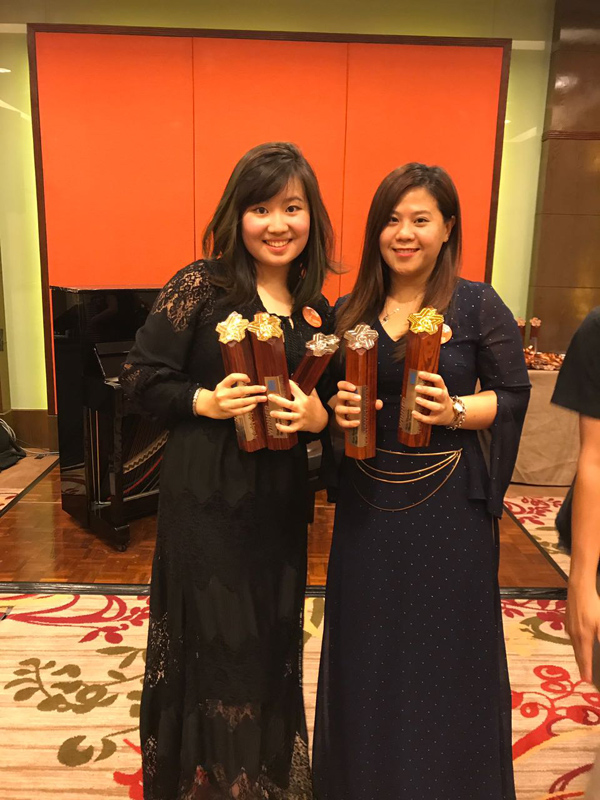 Freda Ngu and Audrey Koh were also recipients during the event

Ethan Officer with his gold medal 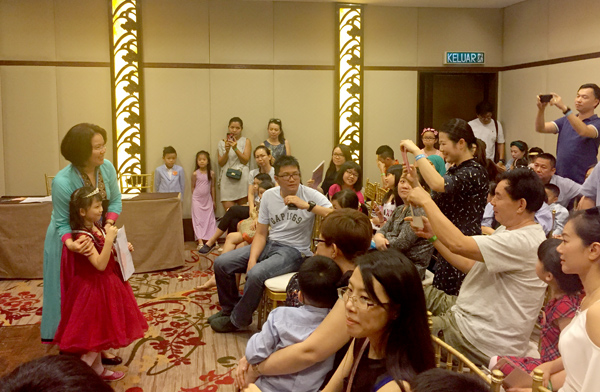 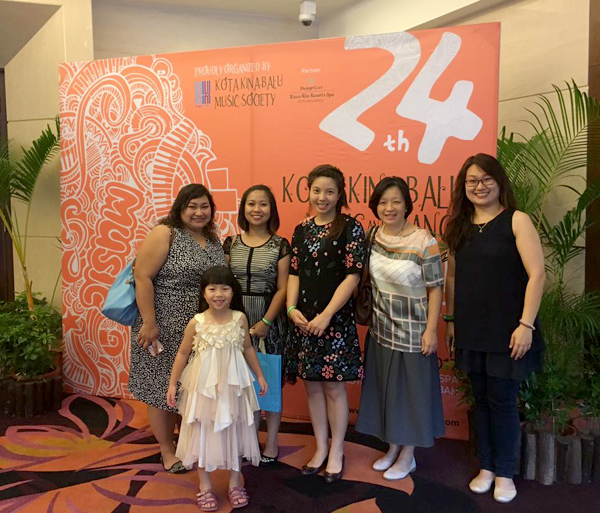 Siena with the music instructors from Yippy Tune 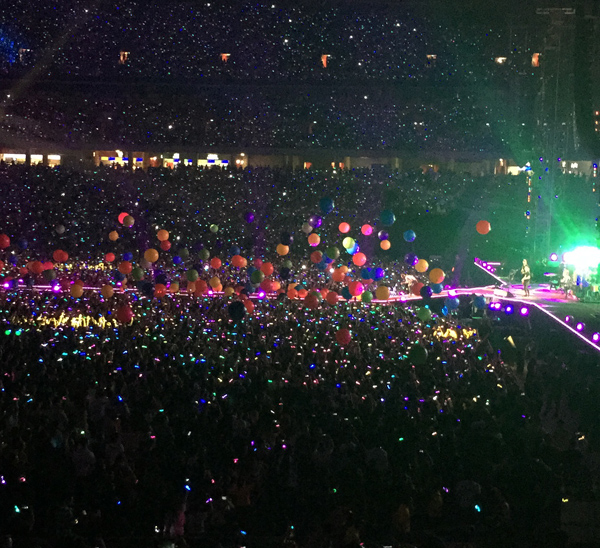 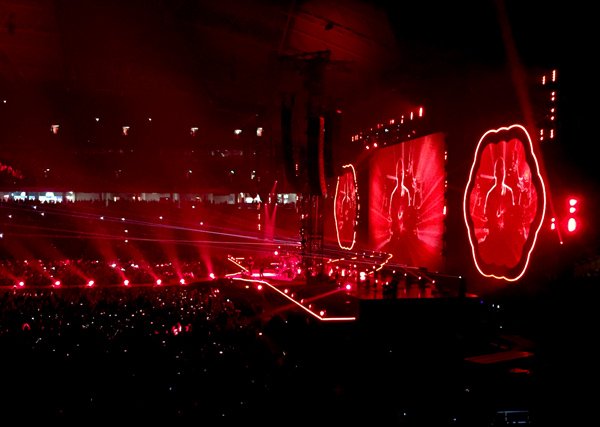 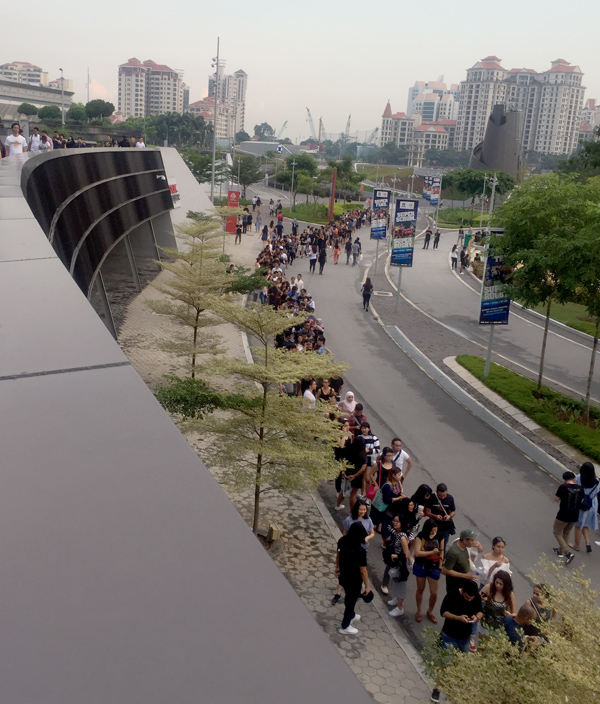 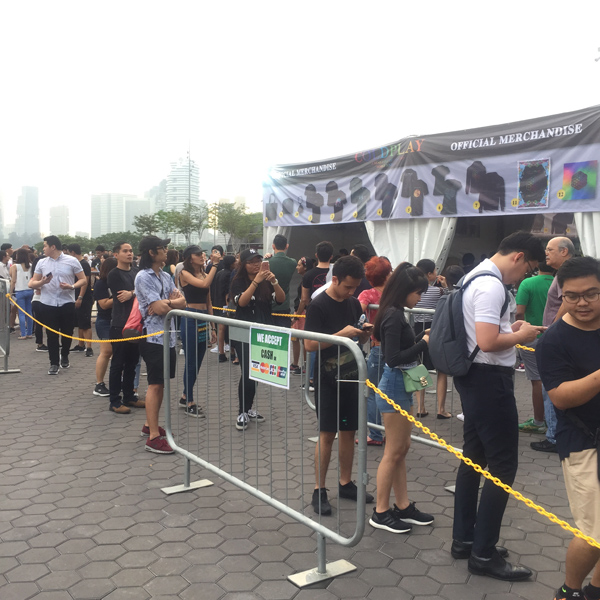 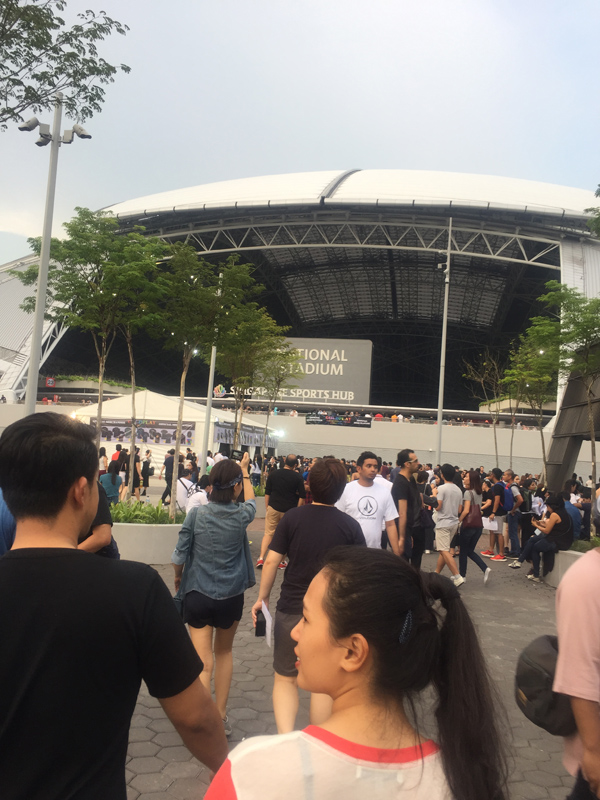 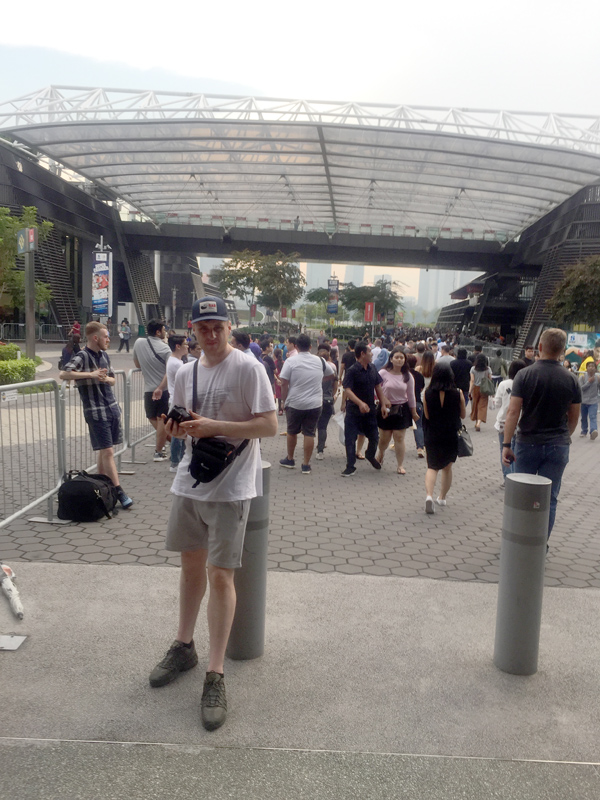 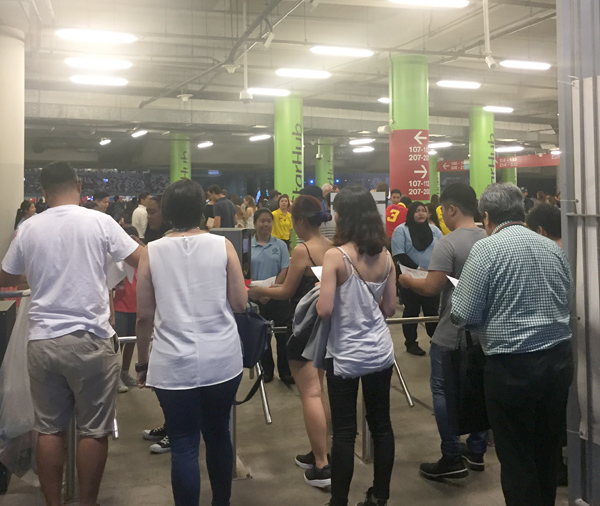 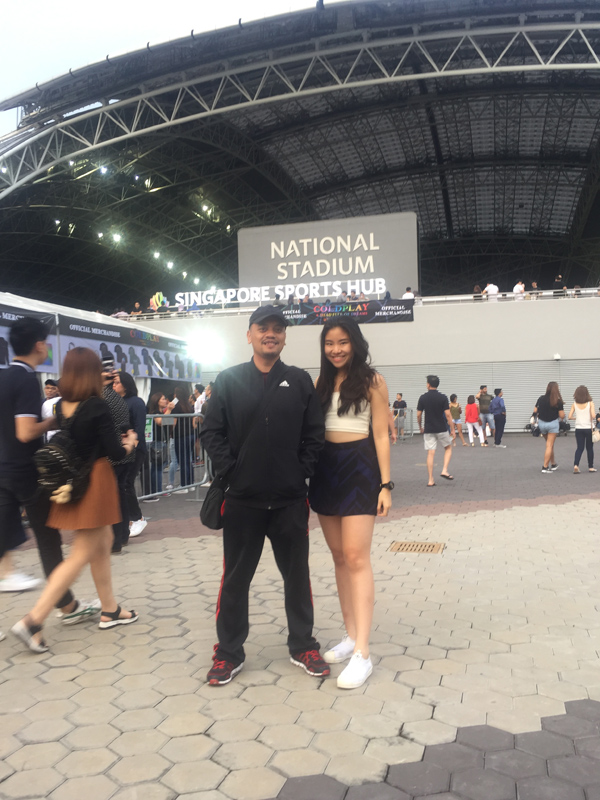 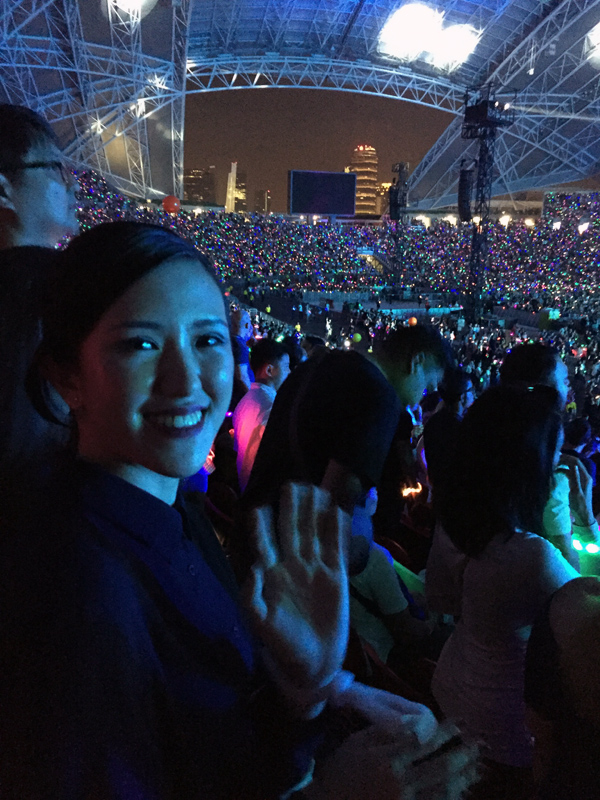 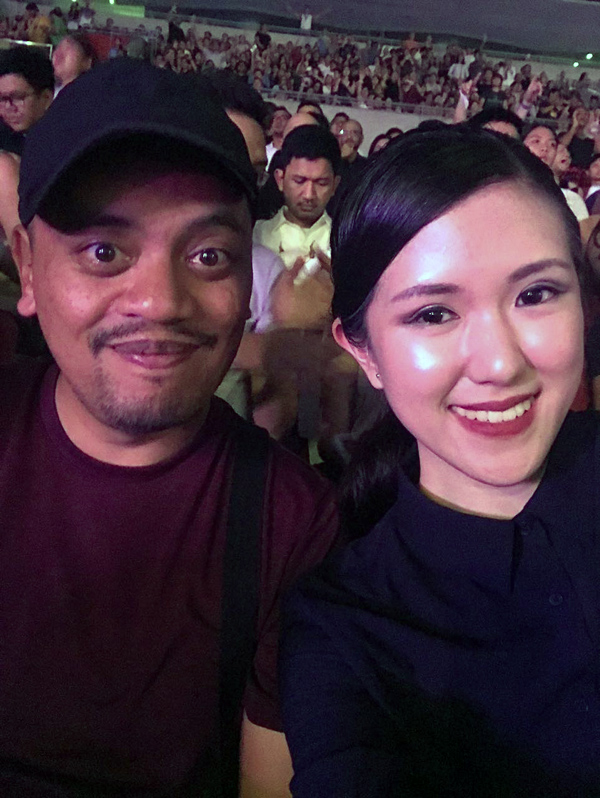 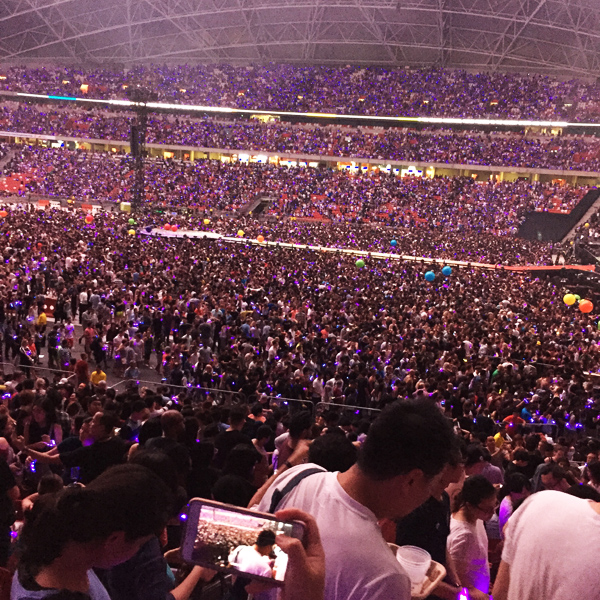