Warning: count(): Parameter must be an array or an object that implements Countable in /home/rano365/public_html/wp-content/themes/yoo_nano2_wp/warp/systems/wordpress/helpers/system.php on line 61
 Rano360.com » Successful Formula E home race for Audi in Berlin 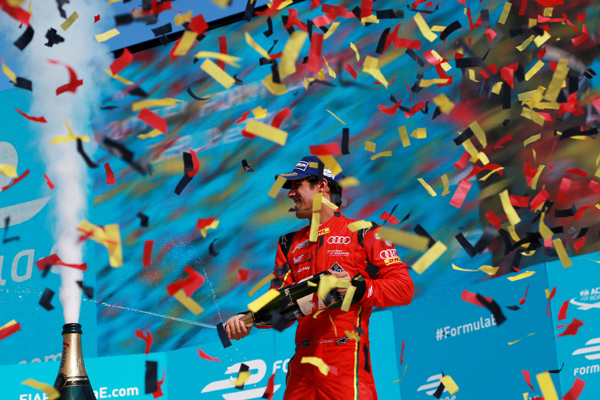 One pole position, two podiums and 56 points in total: Team ABT Schaeffler Audi Sport inspired the fans with its strong outing at the home Formula E race on the former airport in Berlin-Tempelhof

For the first time this season, two identical race days were completed on Saturday and Sunday – both with qualifying and race. Lucas di Grassi ensured the first highlight as he claimed the three points for pole position on Saturday with Audi Chief Development Officer Peter Mertens looking on. In the race, the Brazilian, who had led commandingly for many laps, lost the lead just before half-distance as he had to slow his pace due to temperature problems with the battery, but nevertheless defended second place. Team mate Daniel Abt finished sixth after starting eighth on the grid.

24 hours later, di Grassi only started from seventh, but with the Berlin public cheering on in even hotter temperatures than the previous day, fought his way up to third place. With a haul of 36 points in Berlin, di Grassi reduced the deficit to championship leader Sébastien Buemi by eleven points to 32 points.

Di Grassi was followed closely throughout the entirety of Sunday’s race by team mate Daniel Abt, who improved from eighth on the grid to fourth and clinched his best result of the season thanks to his strong home race showing. The 24-year old German contributed 20 points of the 56 points scored this weekend by ABT Schaeffler Audi Sport, which also made up ground to the leaders Renault e.dams in the teams’ classification. 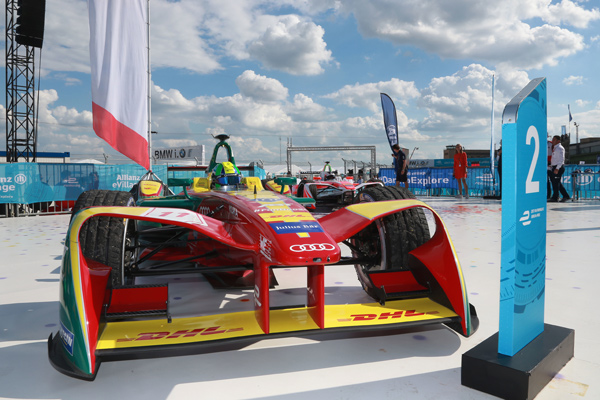