Warning: count(): Parameter must be an array or an object that implements Countable in /home/rano365/public_html/wp-content/themes/yoo_nano2_wp/warp/systems/wordpress/helpers/system.php on line 61
 Rano360.com » Mdm Tasanee wins a flight 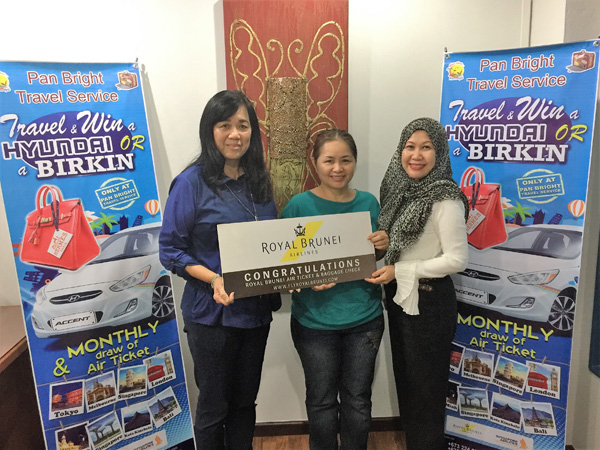 This is the first of a series of monthly lucky draws where customer stands a chance to win an air ticket to either Kota Kinabalu, Saigon, Bali or Singapore from September 2016 to February 2017. The Grand prize will be either a Hyundai ‘Accent’ car OR an exclusive Hermès‘Birkin’ bag which is being sponsored by Pan Bright Travel. Other prizes up for grabs include air tickets to London, Melbourne and Tokyo are kindly sponsored by Royal Brunei Airlines & Singapore Airlines.

For more enquiries regarding the promotion, you can contact Pan Bright Travel’s offices at 2240980 for Bandar Seri Begawan, 3341154 for Kuala Belait or 3220078 for Seria. 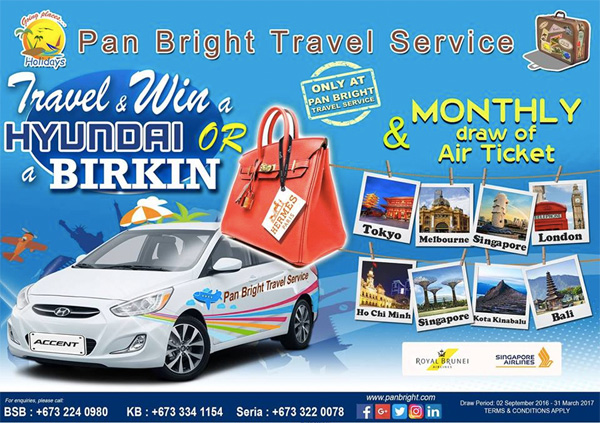