Warning: count(): Parameter must be an array or an object that implements Countable in /home/rano365/public_html/wp-content/themes/yoo_nano2_wp/warp/systems/wordpress/helpers/system.php on line 61
 Rano360.com » 2018 » July 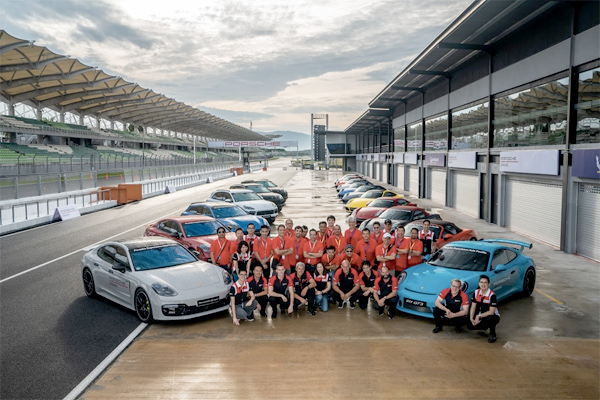 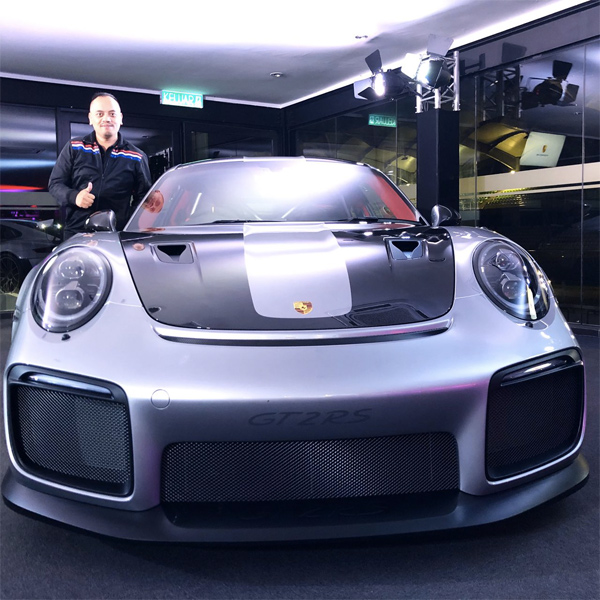 A photo opp with the newly launched Porsche 911 GT2RS

Last year, I had the privilege to attend the Media Driving Academy (MDA) hosted by Porsche Asia-Pacific. They consisted of three courses – Individual, Professional and Elite. As for last year, I entered the Individual course which is the basic course among the lot. It was definitely fun. Why? Because it’s the only time we can break the rules in terms of speeding on the road and it was conducted at the Sepang International Circuit, ideal for racers.

Fast forward to this year (July 2018), I was invited again by Porsche Asia-Pacific where I completed the other two courses – Professional and Elite earlier this month. I met familiar faces especially from the international media representatives in Asia-Pacific.

Firstly, the Porsche GT2RS. Wow, wow, wow!!!! A beast among beast, this is a collectors item for Porsche lovers. Car and Driver even labeled it as the chainsaw of the 911 line-up. It has a 700 horse power twin-turbo engine. The previous GT2 model has a hp of 620 so there is definitely a difference. You can tell that the GT2RS is built for speed. The price tag alone is quite high. You’re talking about RM 1.3 million itself in Malaysia. Apparently there’s a Porsche GT2RS on the road in Brunei. Amazing!! Sadly, the GT2RS is only for display for the media and not for a test drive.

Of course, the main highlight of the MDA was test driving the newer editions of the Porsche finest models – 911 GT3 (me likes), 718 Cayman GTS and the Panamera Turbo S E-Hybrid on the SIC race track.

The favourite among the lot for me is the 911 GT3 – simply awesome and it has a mind of its own. I truly love the handling at high speed as well as the braking. It just gives me more assurance to drive safer especially on the race track.

The instructors were very helpful too and our group (Brunei, Indonesia, Cambodia) was lucky to have William Bamber, brother of Earl Bamber, an accomplished race car driver, who competes for Porsche Motorsport. The hospitality was top notch to begin with and the goodies were awesome too – Adidas racing boots and a racing helmet for completing both Professional and Elite courses.

After all the experiences, I truly understand how magnificent Porsche are in terms of handling, speed and safety. We were given tasks such as the Slolam, the Moose, the Braking and many more. I enjoyed the Slolam one as we did a time lapse for every driver to see who was the fastest.

The second day was much more interesting as we learnt the tracks of the SIC race track from start to finish. I realised how awesome Porsche are on the road. Expensive but you will know where the money is spent on. Unfortunately, in Brunei, it’s not something we can take advantage when we have a monster of a car like Porsche because of the driving laws and also the conditions of our roads in Brunei.

Soon, some selected customers will be having their own session organised by Porsche (Brunei) in early August for the upcoming Porsche Driving Experience at Sepang. I hope they have the same experience as I did and it’s also a great way to showcase what a Porsche can do.

Will I own a Porsche? If the money and timing are right, why not? 😉 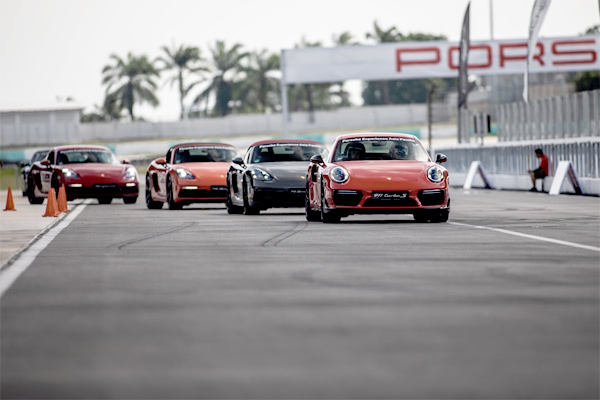 Just look at that convoy 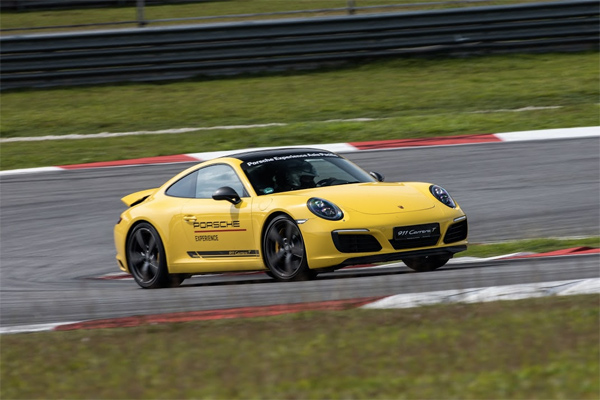 My favourite car during MDA experience 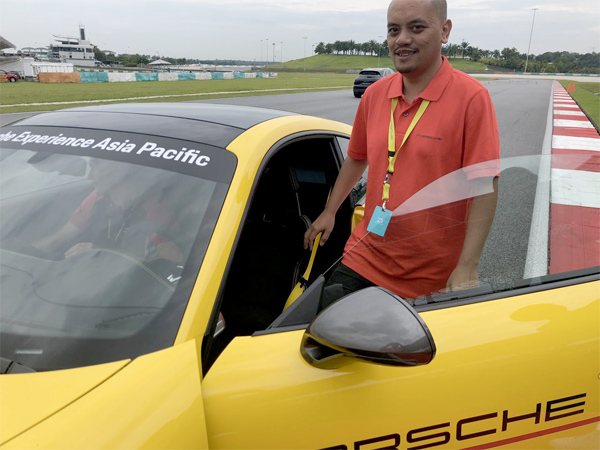 Did you realize that the driver side is on the left? Yes, all the Porsche are imported from Europe. 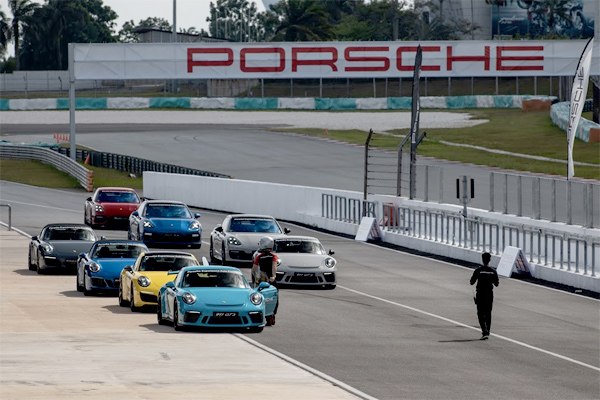 The lead car was always the Porsche GT3 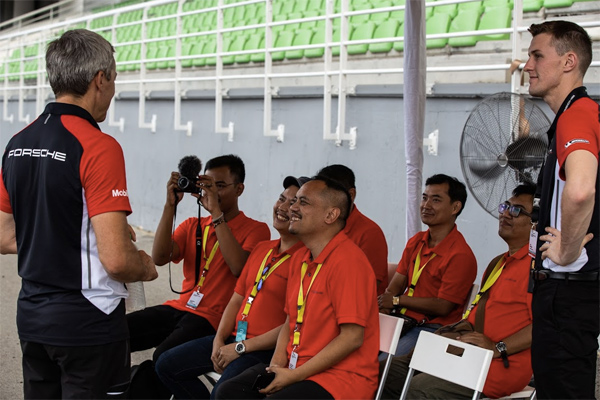 Listening to advices by the instructors at some of the activities 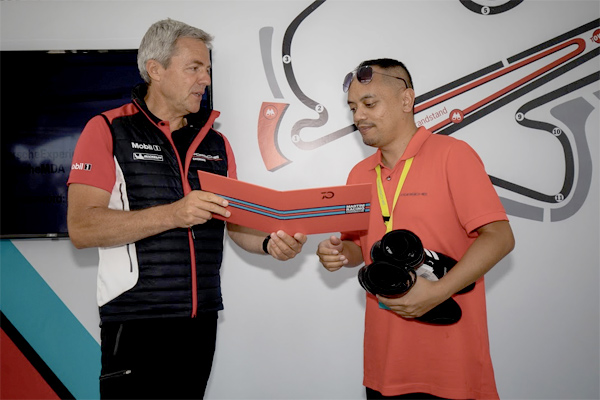 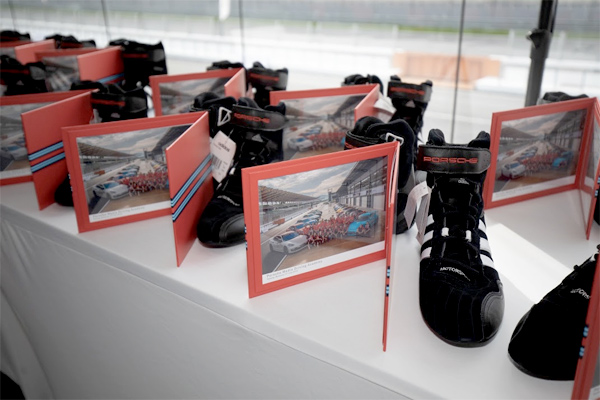 These boots are made for racing 😀 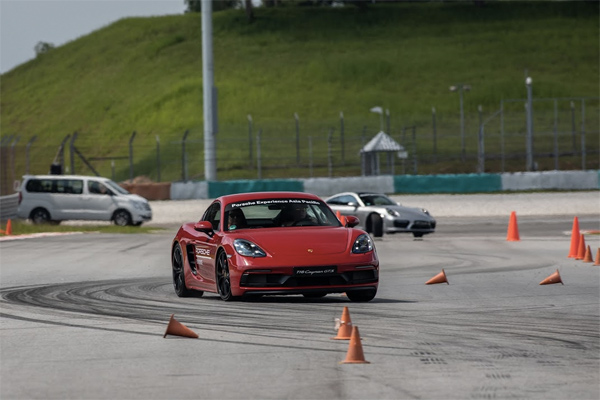 Learning how to handle around corners and bends 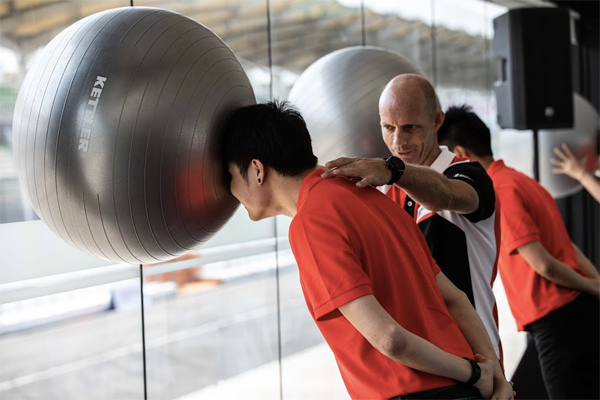 We had some physical exercises as well. Did you know that racing also involves a good physique such as your hand, neck and body? 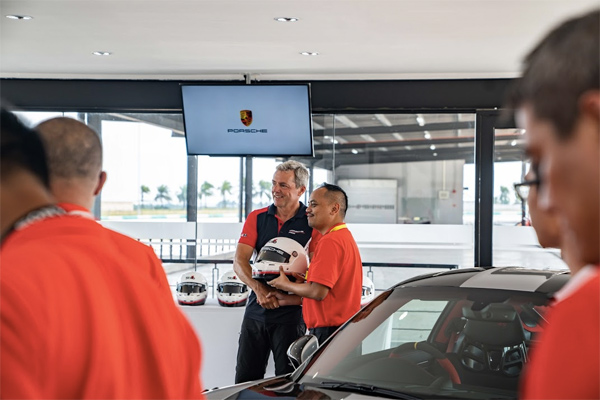 Receiving a souvenir from the organiser 😀 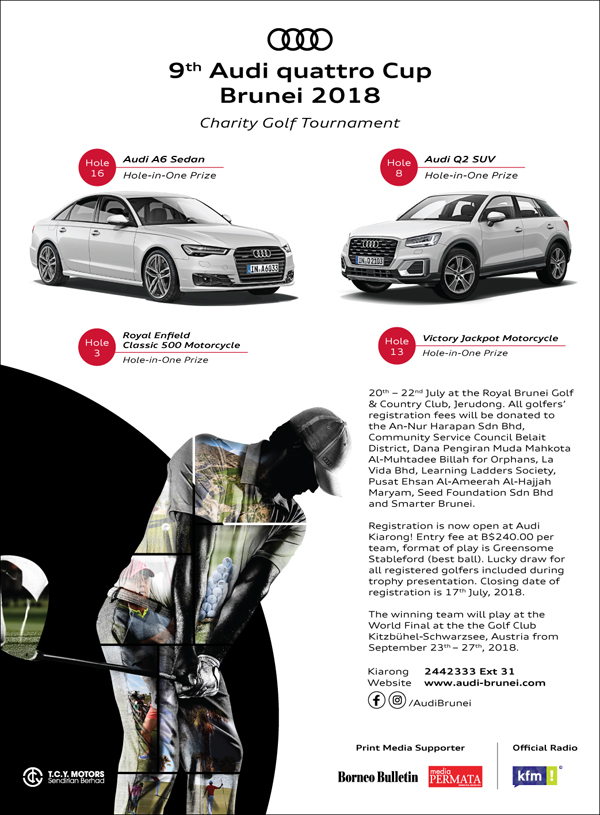 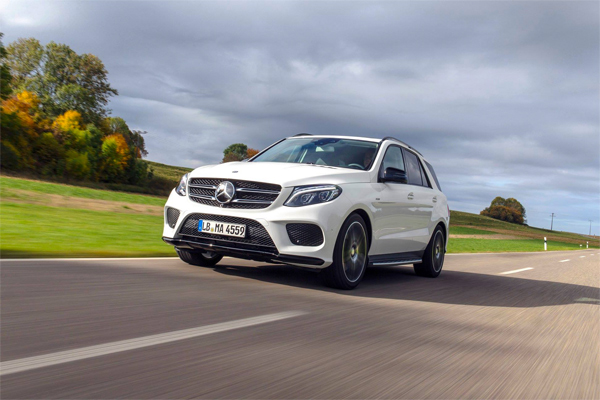 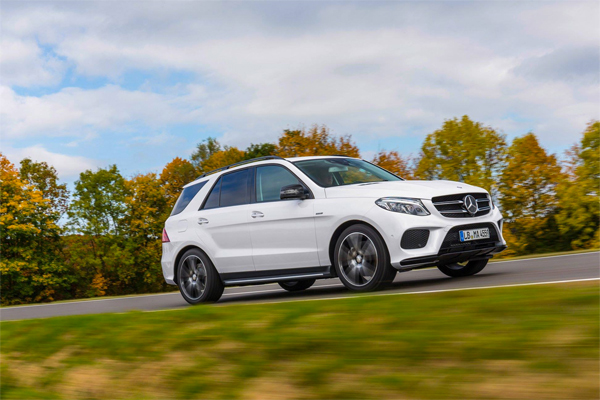 Fancy a GLE this July?

With only a limited number of units, the GLE Night Package comes with a sporty AMG Line and black striking design element. The louvre in the radiator grille and the simulated underguard at the front and rear are finished in high-gloss black. Further highlights include the AMG 5-twin-spoke light-alloy wheels and exterior mirrors in black as well as the roof rails, window weatherstrip and also the beltline trim strip. What more! Book now and register before 31st July 2018, the GLE also comes with an additional 2-year unlimited mileage warranty. Call us now at 2441763/2441777 to book for a test drive or visit Mercedes-Benz Beribi showroom/Autohaus today for more information. You’ll be glad you did!! 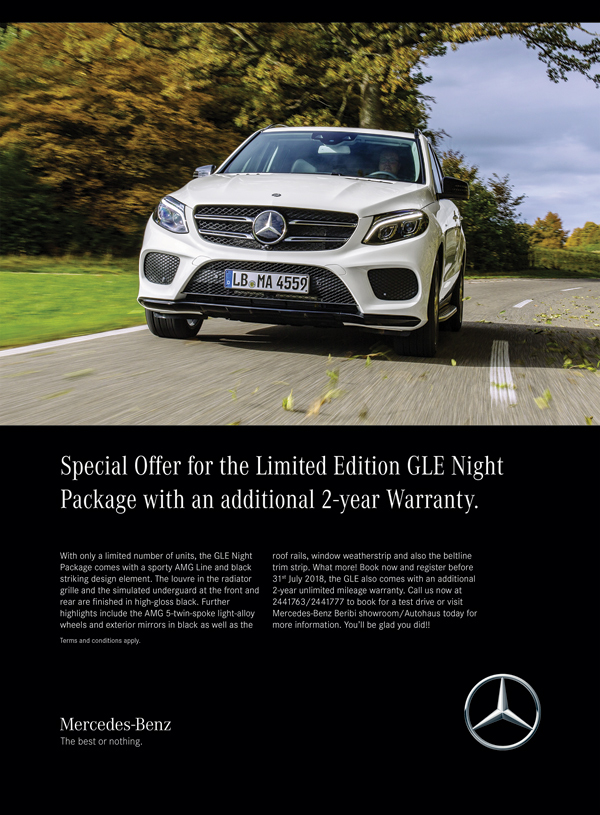