Warning: count(): Parameter must be an array or an object that implements Countable in /home/rano365/public_html/wp-content/themes/yoo_nano2_wp/warp/systems/wordpress/helpers/system.php on line 61
 Rano360.com » gopro 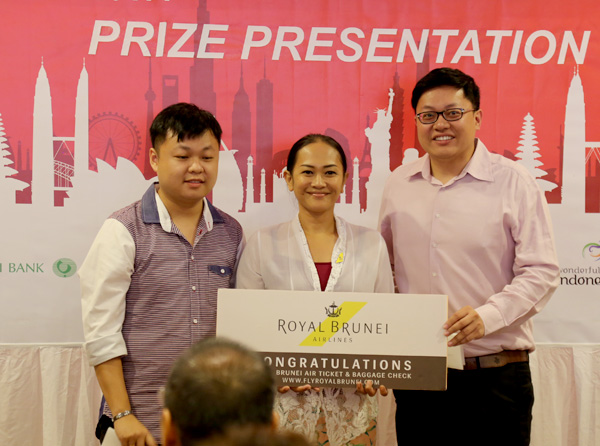 Jonathan Chua won a BND 10 rare fare while Thanis Lim won a BND 50 rare fare sponsored by Royal Brunei Airlines. Azhani Daniel, Head of Corporate Communications of Royal Brunei presented the prizes. The finalists were one of the 300 entries that took part in the pokemon challenge during the Brunei Travel Fair 2016 at Centrepoint Hotel.

There were many categories that many travellers are entitled to win. Two categories from Royal Brunei Airlines, one from Sabre Travel Network and one of Tourism Malaysia Brunei.

Present during the prize presentation was Abd Halim Hj Abd Rahman, Senior Manager, Sales and Marketing of Sabre Travel Network. He highlighted that even though there was a reduction in number of visitors, there was an increase of bookings during the three day period.

The youngest winner was Arisdiana Amran who is 11 years old. She won herself a two return ticket to Melbourne. Woohoo. She was a lucky winner who purchased a ticket from Century Travel Centre. 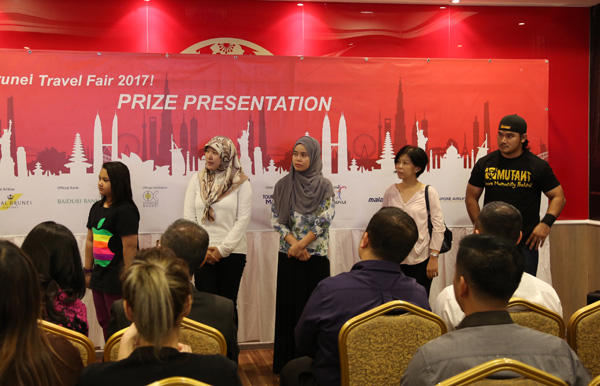 The finalists for the Royal Brunei Airlines return ticket. 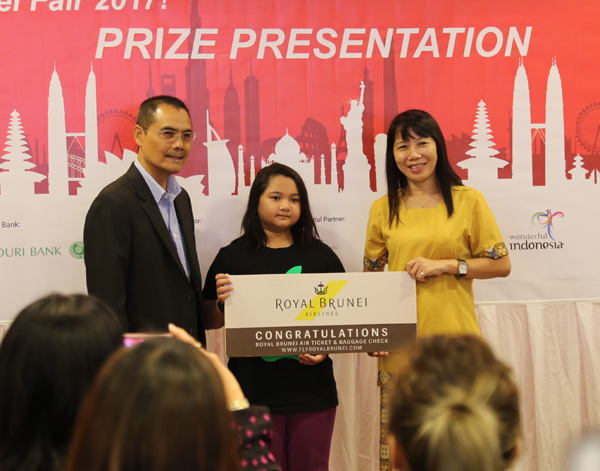 The youngest winner won herself a flight to Melbourne for two 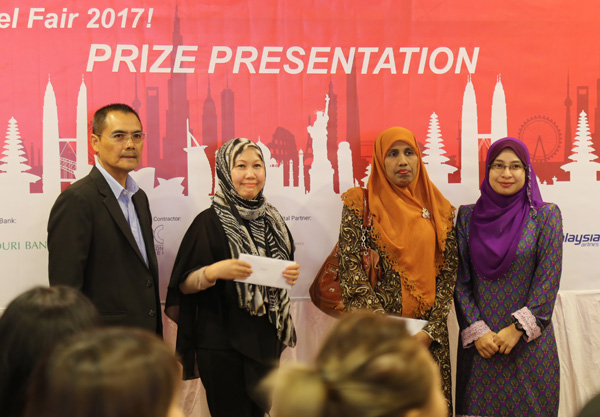 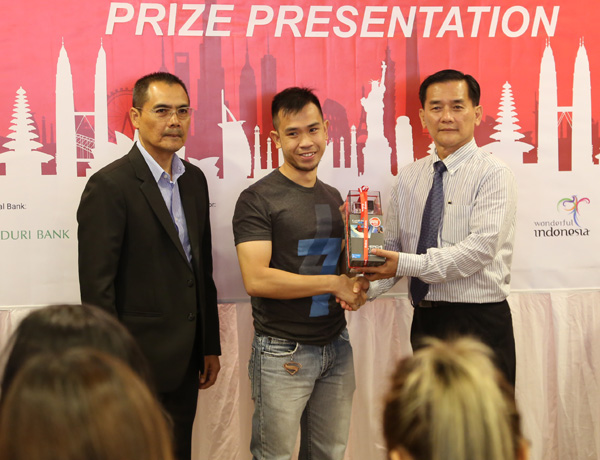 As for the Pokemon draw, the flights were sponsored by Royal Brunei Airlines and they had what they call rare fares worth BDN 10, BND 25 and BND 50 to any regional destination of choice. Interesting.

Noor Khadijah Hj Omarali won the Royal Brunei Airlines instagram competition and she won herself a flight to Jakarta. 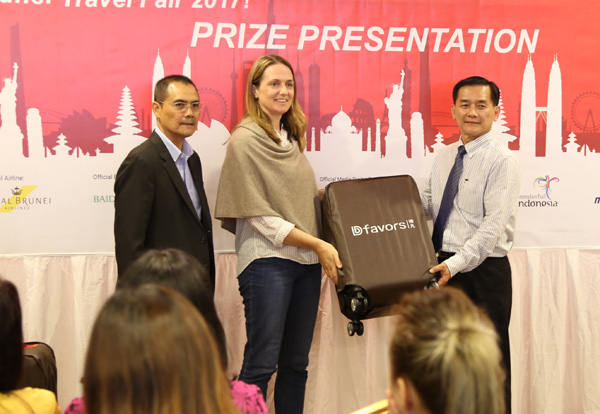 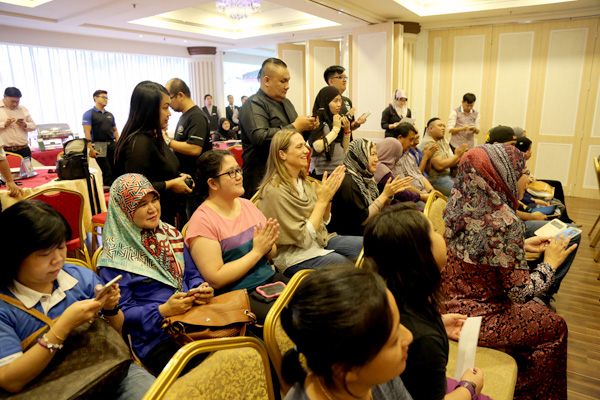 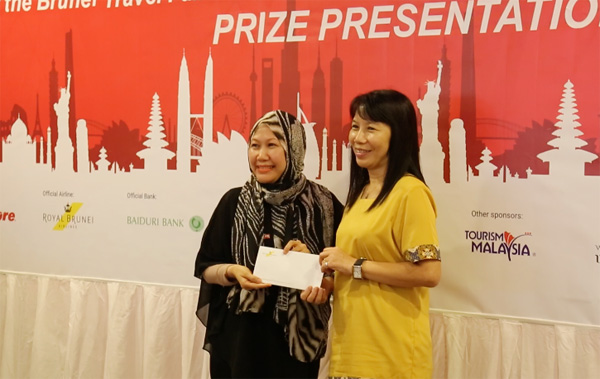