Warning: count(): Parameter must be an array or an object that implements Countable in /home/rano365/public_html/wp-content/themes/yoo_nano2_wp/warp/systems/wordpress/helpers/system.php on line 61
 Rano360.com » Duterte’s state visit to Brunei 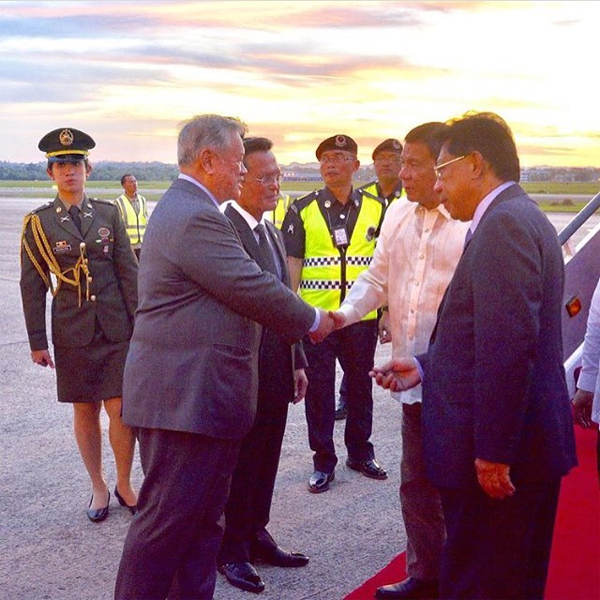 Rodrigo Roa Duterte, the President of the Republic of the Philippines upon arrival and being greeted by the Minister of Foreign Affairs and Trade II and The Minister of Home Affairs yesterday. Image courtesy of Vincent Hong.

Guess who’s in town? It’s the President of the Republic of the Philippines Rodrigo Roa Duterte who is on a three-day state visit to Brunei Darussalam. He arrived yesterday afternoon and he was greeted by the Minister of Foreign Affairs and Trade II and The Minister of Home Affairs at the Brunei International Airport.

Last evening, the president scheduled a session for a meet and greet with the Filipino community at the Indoor Stadium. Today he will have an official welcome at the Istana Nurul Iman before an audience and bilateral meeting with His Majesty Sultan Haji Hassanal Bolkiah Mu’izzaddin Waddaulah ibni Al-Marhum Sultan Haji Omar ‘Ali Saifuddien Sa’adul Khairi Waddien, Sultan and Yang Di-Pertuan of Brunei Darussalam. A state banquet will follow suit in the evening.

Brunei’s relations with the Philippines has been encouraging and fruitful. The state visit hopes to strengthen the diplomatic relations between the two countries. The president will then head to China on 18th October. 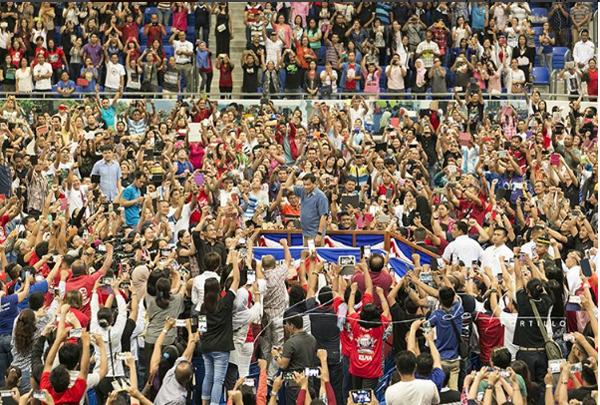 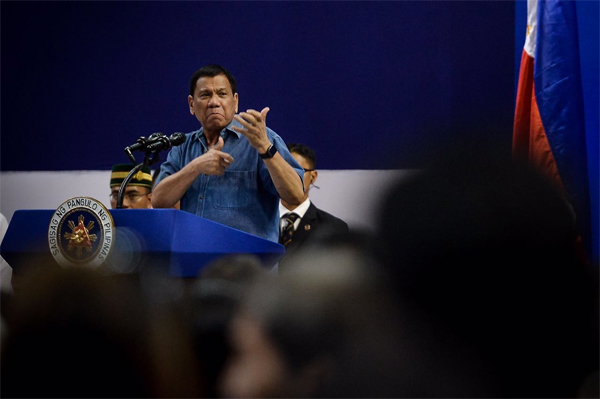 Duterte with a gesture during his remarks yesterday. Image taken by Dean Kassim of Borneo Bulletin.