Warning: count(): Parameter must be an array or an object that implements Countable in /home/rano365/public_html/wp-content/themes/yoo_nano2_wp/warp/systems/wordpress/helpers/system.php on line 61
 Rano360.com » Dr. Strange 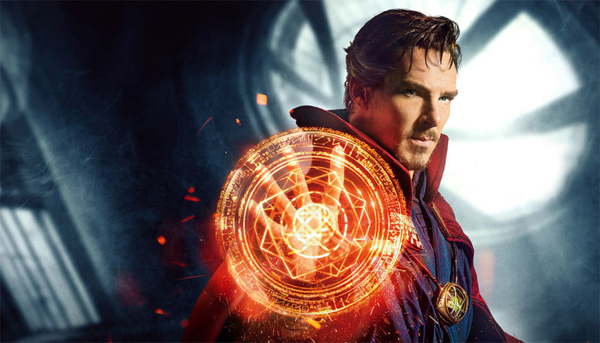 Dr. Strange. There are so many things I wanna talk about the latest Marvel flick. Something different from the typical superhero movies be Marvel or DC. At the beginning, I was skeptical how Dr. Strange will turn out after watching the first trailer. Can the audience accept this? Or will it be too “mystical” for some? I found it to be very entertaining and hell yeah, I was engaged from beginning to the end.

The audience have become so accustomed to super heroes with super powers. Now you bring magic powers in the equation and this is something refreshing to our eyes. Call it weird but I still came out satisfied and fulfilled. Even my peers had similar comments that Dr. Strange was well crafted Marvel movie.

The Good. I can relate this to Inception, the first movie that caught many eyes when it came to the special effects. It explored further and it may be confusing in the beginning but the visuals made sense after a set piece or so. It was a “trippy” ride and I still could follow the logic and especially the plot.

Cumberbatch was well suited for this role and I can’t wait for the sequel. This movie is such a great teaser for future Dr. Strange movies. The movie also failed not to cast some humour (spells) to make this mystical movie light hearted. For the visuals alone, this latest Marvel movie is worth the trip and I love the final confrontation scene. Ingenious.

The Bad. Sometimes I wonder how it will fit to the Marvel Universe when Dr. Strange meets up with The Avengers and other Marvel Super Heroes. I can become philosophical when there’s a mismatch of super powers or super natural stuff. For instance, Suicide Squad vs a Supernatural villain which was a total mismatch.

It can be confusing for some when it comes to the twisting digital kaleidoscope. Young adults will appreciate the artistry but children might get lost in translation. I also wished they could have a better score to suit the theme of the movie.

Verdict: Totally love this movie. I had so much fun and I caught it twice already. Just imagine a mash up of Matrix and Inception but I rather you experience it for yourself on a trippy ride. Score: 8.5/10 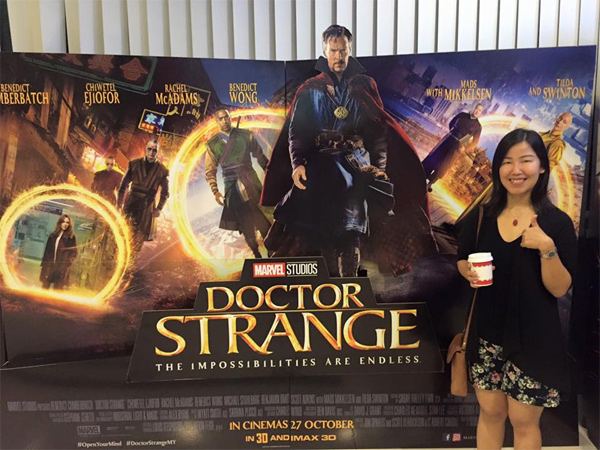 Pranika gave it a thumbs up even before watching the movie. Magical indeed. 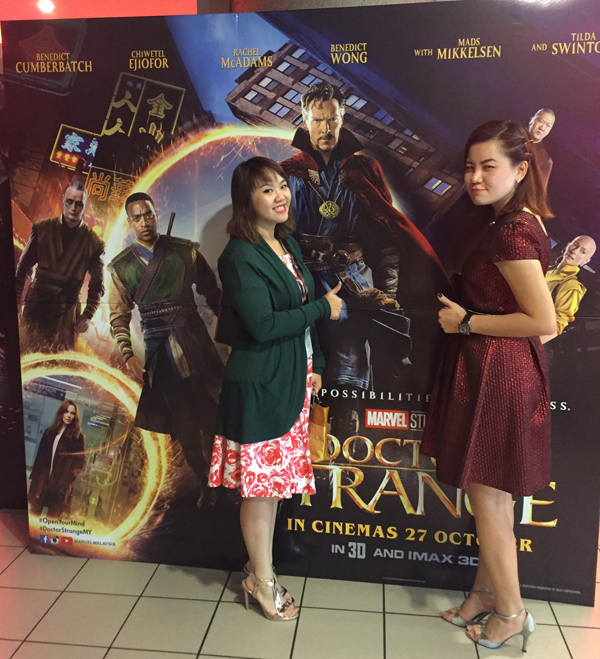 Both Jerry and Laurence loved it and to top it off, they caught me snoring for 3 seconds :p