Warning: count(): Parameter must be an array or an object that implements Countable in /home/rano365/public_html/wp-content/themes/yoo_nano2_wp/warp/systems/wordpress/helpers/system.php on line 61
 Rano360.com » UTB Convocation 2016 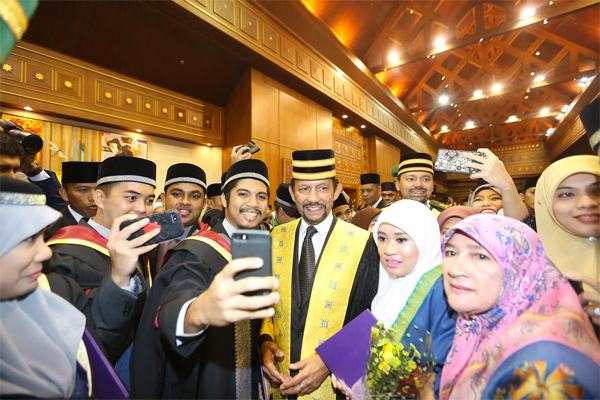 Delivering a titah at UTB Convocation Ceremony 2016, His Majesty said, “Alhamdulillah, I have heard that graduates from UTB are capable in meeting the needs of the job market. But at the same time, their involvement in entrepreneurship is still at a low level. Therefore, it is time for UTB to put in efforts to reform its curriculum to ensure that entrepreneurial spirit and opportunities are better developed at a much earlier stage.”

His Majesty hailed UTB for upgrading its status and the successful expansion of study programmes, as yesterday’s graduation ceremony involved 12 degree programmes.

It was the 4th Bachelor’s Degree graduation convocation and the 25th Higher National Diploma (HND) convocation of the university.

His Majesty congratulated UTB’s new graduates and wished that their achievement will be a catalyst for future success. The monarch also congratulated the parents and guardians of the new graduates as well as the academicians who worked hard to ensure the students stayed on the right path throughout their studies.

Commending the decision to upgrade Institut Teknologi Brunei (ITB) to UTB after reaching 30 years of its establishment, His Majesty hoped that with the new name, UTB will augment its efforts to fulfil the objective, mission and vision of the institution. Whatever is planned and implemented must conform to the national philosophy of Malay Islamic Monarchy (MIB), the monarch reiterated. 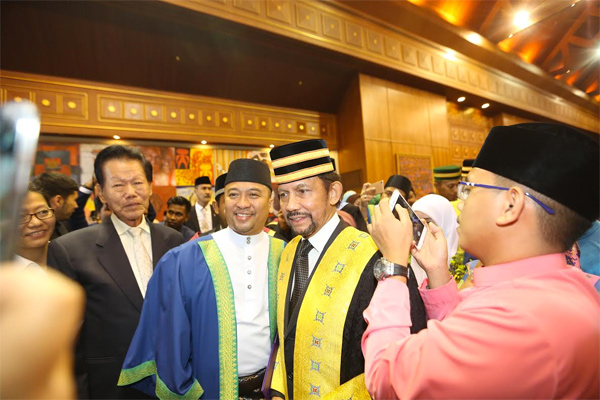 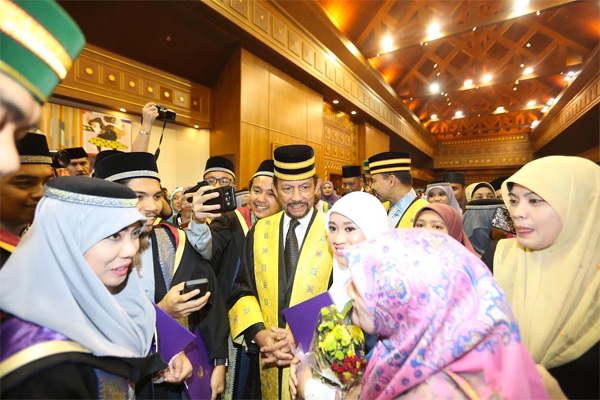 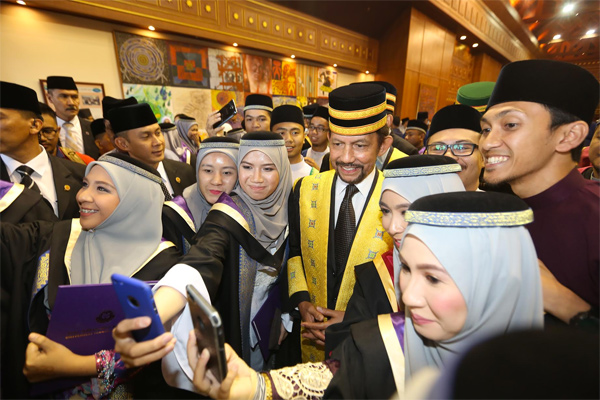 Acknowledging the success of the university which saw the first graduation of students from 12 degree programmes that were first introduced in 2012 (in 2009-2011, UTB (then ITB) only had four programmes), His Majesty said that this is a proud achievement for UTB that has diversified or enlarged the number of study options available for students, and urged UTB to continue expanding and introducing other study programmes that are relevant towards realising the nation’s economic development.

Touching on sources of jobs from the non-oil and gas sector, His Majesty took note of the establishment of the School of Applied Sciences and Mathematics that offers Bachelor’s Degree programme in Food Science and Technology. “The programme, among others, is hoped to support the growth of the country’s food industry and make it more competitive in the international arena.”

His Majesty also stressed on the importance of accreditation for professional programmes, stating that efforts towards it can enhance the level of skills and marketability of graduates.

“I am delighted to know that the UTB School of Computing and Informatics has been accredited by the British Computer Society, which is an international professional body. In a period of global economic uncertainties, the initiative towards accreditation can save the cost of training incurred by employers,” the monarch said.

His Majesty also urged that in facing the world economic crisis, UTB and other public higher learning institutions must show prudence in spending and not rely fully on government. Text by Azaraimy of Borneo Bulletin and images by @haqimie267