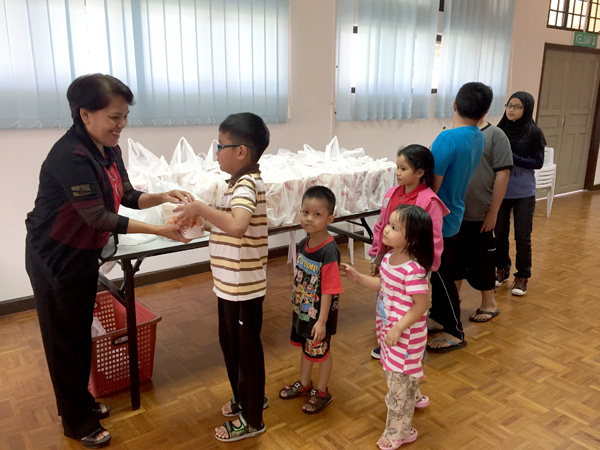 KFC Brunei has donated a total of 300 packs of food to the victims of the massive fire that broke out recently affecting families in 24 houses in Kampong Lorong Dalam and Kampong Pandai Besi,Kampong Ayer.

Staff and management of KFC Brunei made their way to Sungai Kebun Menjalin Sports Complex on the 8th and 9th December where the some of the victims were relocated. Victims and volunteers / helpers were treated to “finger lickin good” meals while KFC’s mascot also made a special appearance to entertain and bring joy to the children.

KFC Brunei is also active in other corporate social responsibility initiatives by running the add hope program, donating to charity homes annually and providing collection boxes at every KFC restaurant in the nation encouraging customers to play a part in contributing to those in need. Press release and images courtesy of KFC (Brunei). 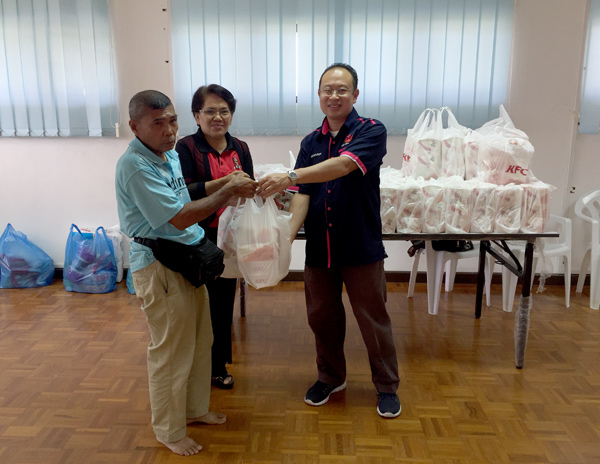