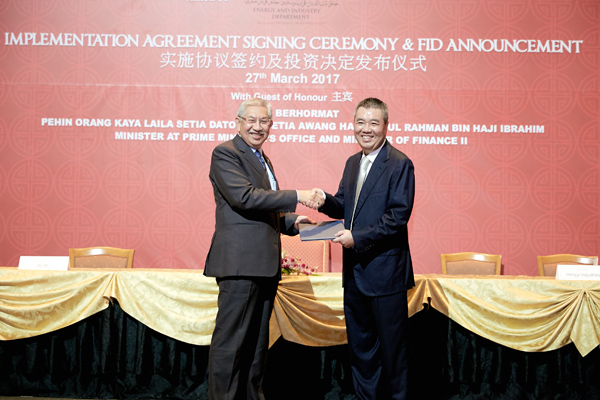 Hengyi Industries Sdn Bhd (Hengyi) yesterday reached another milestone in its progress to develop an Integrated Oil Refinery and Aromatics plant at Pulau Muara Besar with the signing of the Implementation Agreement for this project between the Energy and Industry Department, Prime Minister’s Office (EIDPMO) as regulator, Brunei Economic Development Board (BEDB) as facilitator and Hengyi as project proponent respectively.

The Hengyi company Chairman, Mr Qiu Jian Lin also announced the Final Investment Decision (“FID”) for Phase 1 of this project value at USD 3.445 billion. Present as the Guest of Honour was Yang Berhormat Pehin Orang Kaya Laila Setia Dato Seri Setia Awang Haji Abdul Rahman Bin Haji Ibrahim, Minister at Prime Minister’s Office and Minister Of Finance II, senior government officials and industry partners. The Implementation Agreement outlines amongst others, the execution requirements of the project including Hengyi’s obligations in terms of employment and business opportunities to the country and its people.

During the peak construction phase, 10,000 workforce is required in which no less than 5,000 job opportunities will be opened to locals. During the operation phase, Hengyi will employ 971 permanent workforce and over 75% locals during its operation. This is part of Hengyi’s commitment to support local jobs, local content and Foreign Direct Investment (FDI) into the country. Further, the Implementation Agreement highlights Hengyi’s obligation on health, safety and environment (HSE) requirements for the protection of Hengyi’s employees, contractors and the community.

The Hengyi plant will process annually approximately 8 million tonnes (175,000 barrels per day) of crude and condensate and produce approximately 1.5 million tonnes of paraxylene, 500,000 tonnes of benzene as well as refined products such as gasoline, jet fuel and diesel. The plant will ensure Brunei Darussalam’s self-sufficiency in refined products and boost spinoffs for further high value-added downstream industries.

My thoughts: It’s good to see more Foreign Direct Investment coming in to Brunei. It’s a good sign for the country that we can have more source of revenue than relying merely on oil and gas. I believe this project has been pending for quite some time as it’s never easy to deal with multi billion project. Many talks and agreements will need to go through between the shareholders and relevant agencies to make sure it’s a win-win situation. 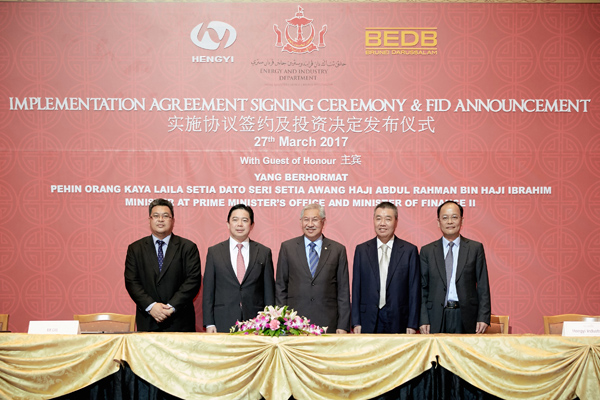 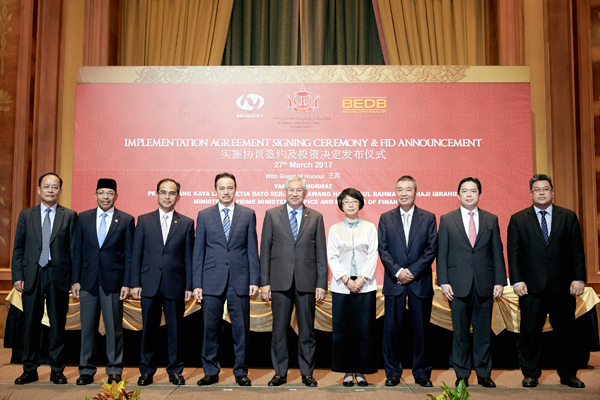