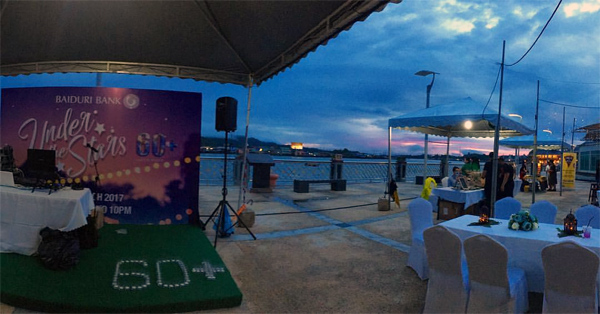 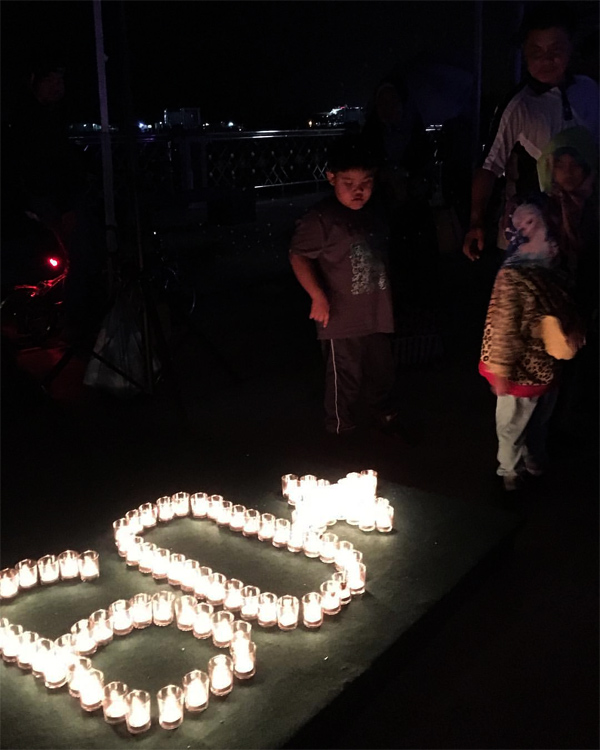 Baiduri Bank as usual carried out its initiative for this year’s ‘Earth Hour 2017 Under the Stars’ at the Royal Wharf (Waterfront) last weekend.

Baiduri Bank had a market vendor concept and also a place to dine outdoor (under the stars) starting from 4pm onwards. I was glad that the rain came earlier and the event went smoothly for the organisers and also the public who came to support the event.

The lights went off, right on the dot at 8:30pm for an hour and relied on candles that spelt ‘60+’ to signify the Earth Hour initiative.

Speaking on the importance of Earth Hour and the bank’s contribution to the global movement, Pierre Imhof, CEO of Baiduri Bank said, “As in previous years, we will yet again do what we can to contribute to this global cause. As part of our CSR initiatives, Earth Hour is one of the ways we can participate.

“Aimed at further developing our local economy, the ‘Under the Stars’ event has brought together many local Bruneian vendors under one roof.

“The event acted as a platform to engage the local community in a social environment. We hope that the initiatives we take in supporting the cause will encourage others to do the same,” he added.

Baiduri Bank has been participating in the Earth Hour campaign for the past seven years. Keep up the commitment and initiative. 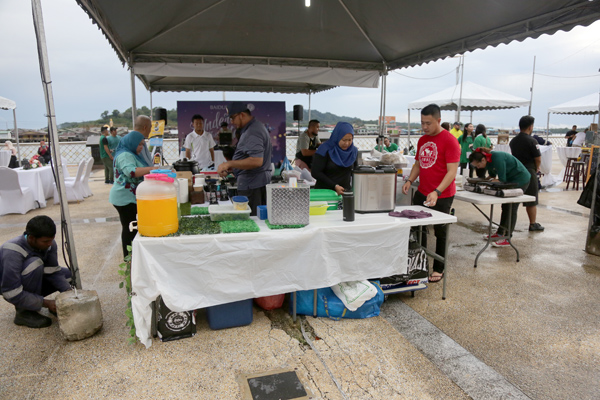 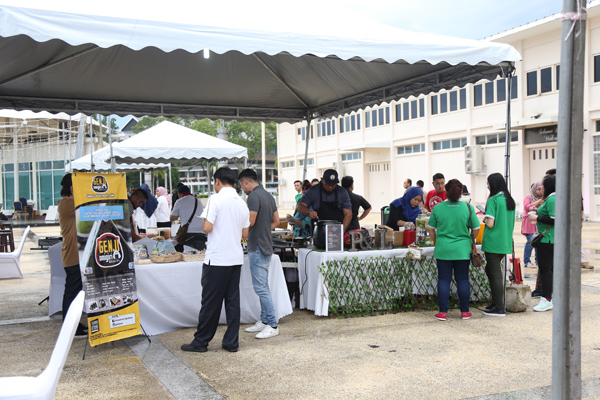 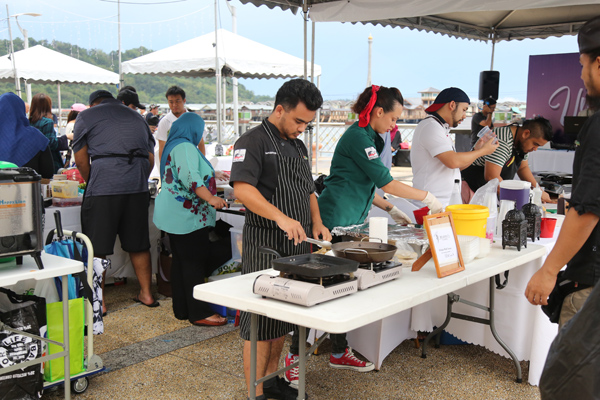 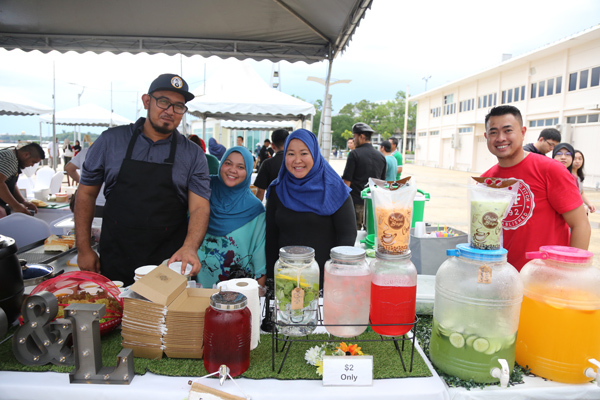 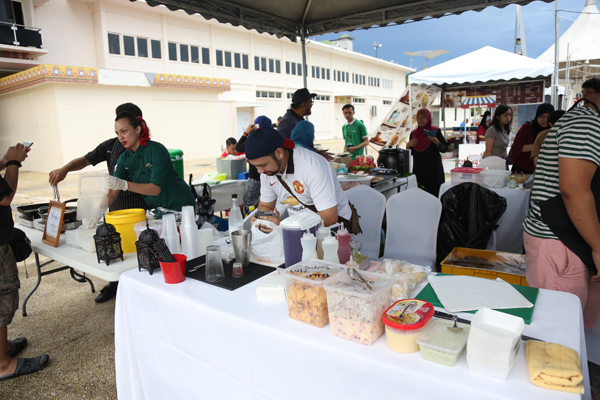 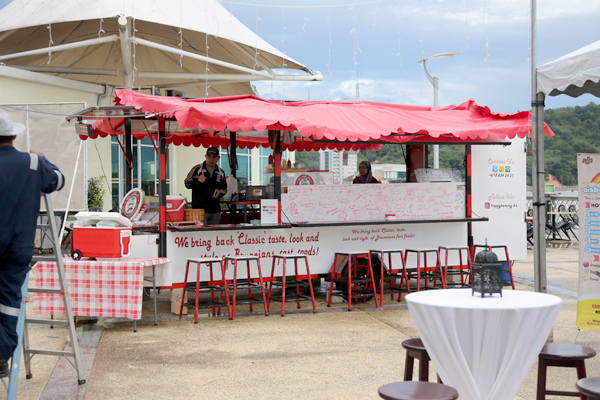 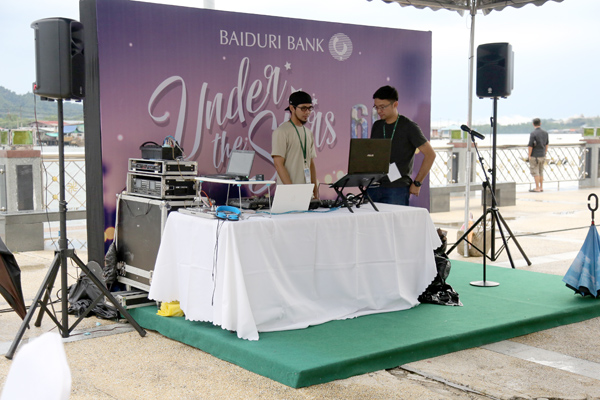 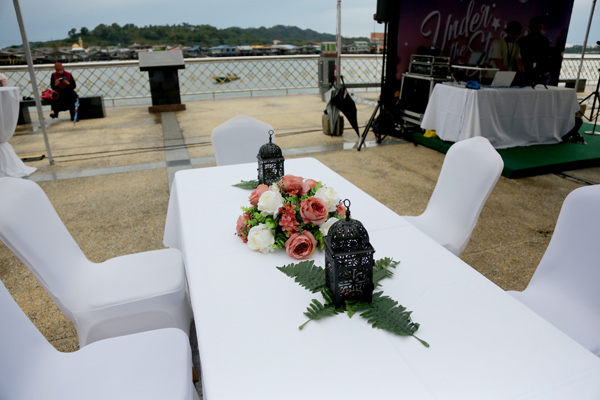