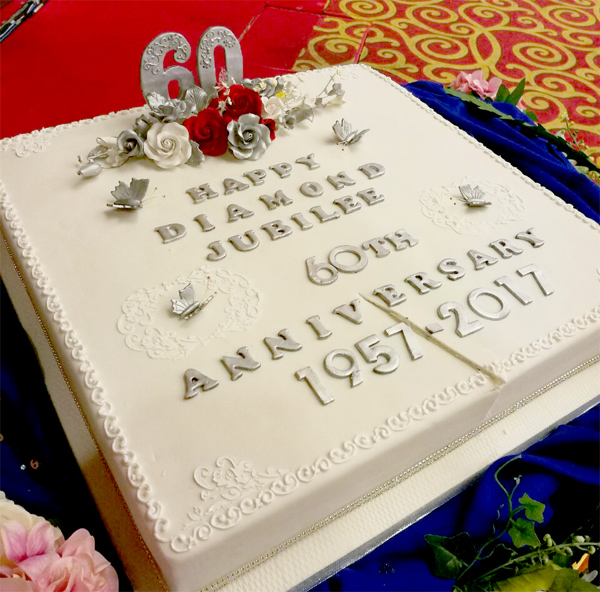 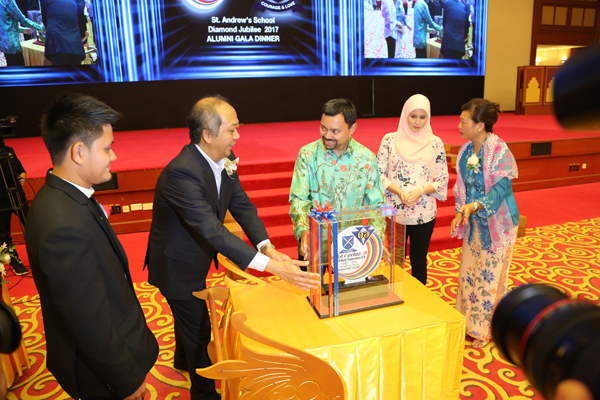 Their Royal Highnesses were greeted upon arrival by Chairman of St Andrew’s School Board of Governors, Stephen Ong and Principal Jane Keasberry.

The colourful evening started with the welcoming address by the principal followed with another speech by Ong after which Their Royal Highnesses were ushered to the cake cutting ceremony to mark the event.

Keasberry in her welcoming address among others noted that the gala dinner is a platform for meeting up and reconnecting with former classmates, teachers and staff of the school.

She pointed out that with the formal schooling (foundational-secondary years) provided at SAS, each one of the students can testify to the strong foundation received from their alma mater.

“Education at SAS has made us what we are now with many of us serving and holding key positions in the community and contributing strongly to the development of Brunei Darussalam.”

SAS began with 70 boys and girls 60 years ago in January 1957 and it was founded by the late Reverend Canon Paul Chong En Siong who together with his daughters Margaret, Kathleen and Grace, were the first teachers in the makeshift “school”, at the back of the St Andrew’s church vicarage. 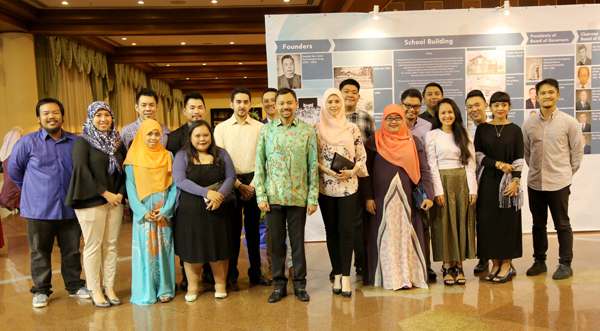 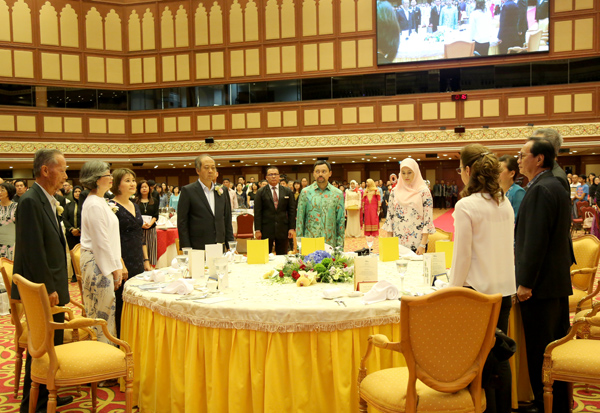 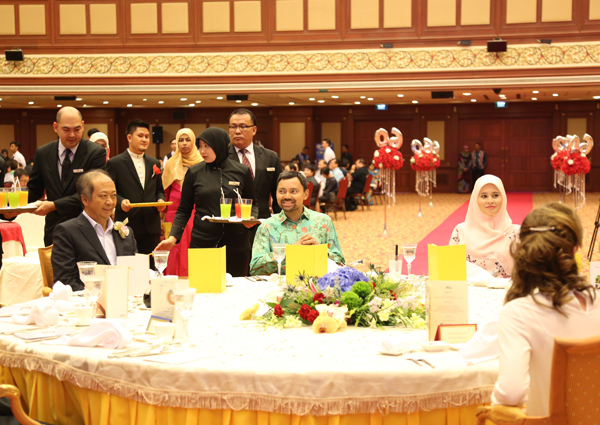 Sharing a light moment during dinner 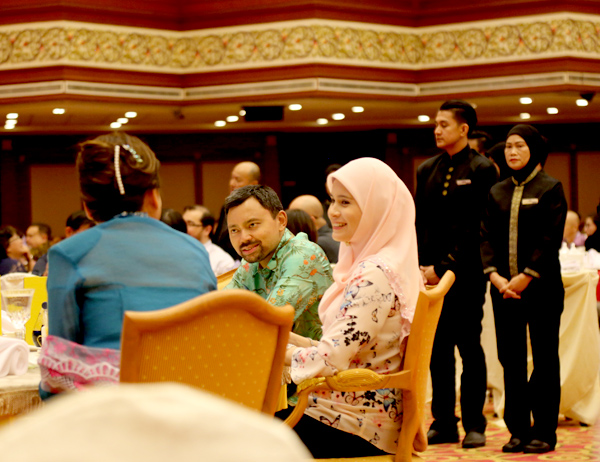 Their Royal Highnesses with Jane Keasberry 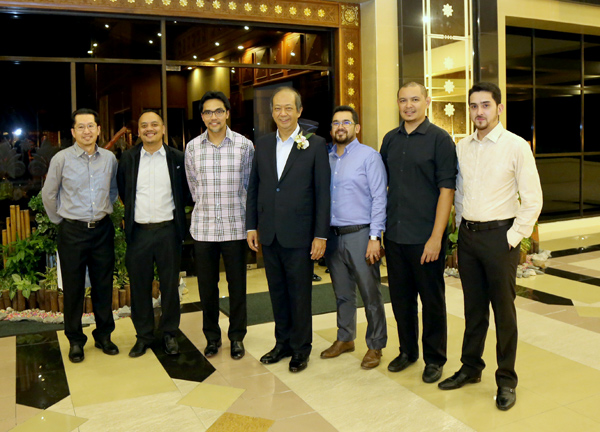 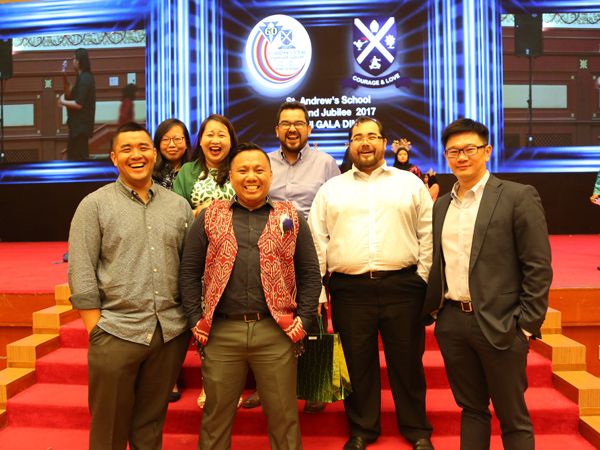 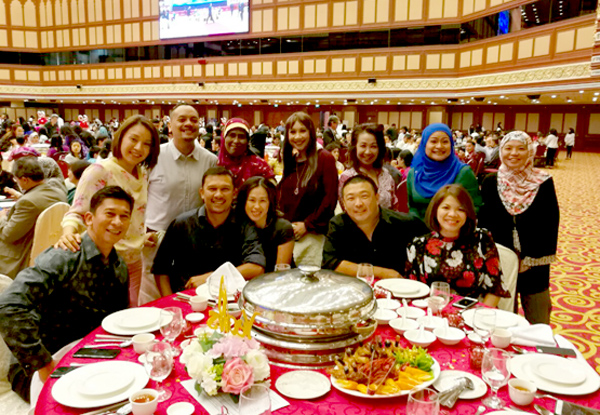 The happening table among the lot 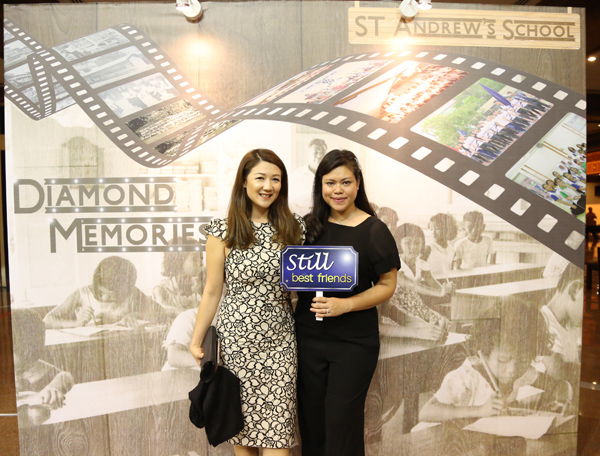 Over time, the first chairman of the Board of Governors, Dato Ong Kim Kee generously donated a piece of land and the first set of classrooms with wooden floors and walls were built on this site and later with generous funding from parents and other kind individuals, more classrooms were added.

St Andrew’s School, with the hard work of the former and current Board of Governors, principals and senior management team, has grown to 1,710 students in strength with 106 teachers and staff, Keasberry said adding that it will continue to grow from strength to strength with continued support from the community.

The dinner also saw a slide show presentation as well as several stage performances including a tribute by the alumnus.

Their Royal Highness also consented to a group photo session with the Board of Governors and School Management team as well as a tour of the exhibition booths displayed at the hallway. Text courtesy of Lyna Mohd of Borneo Bulletin. 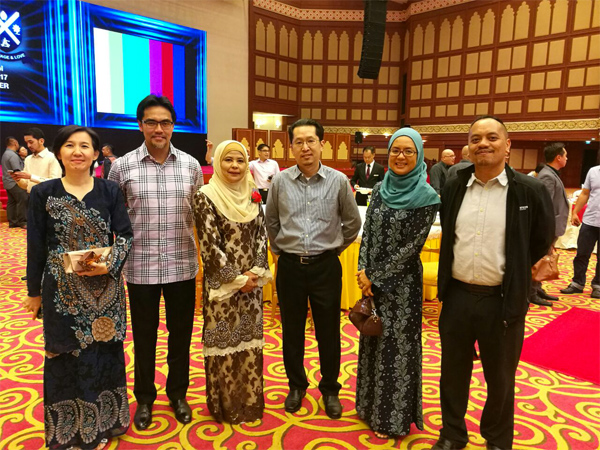 With our former teacher Normah 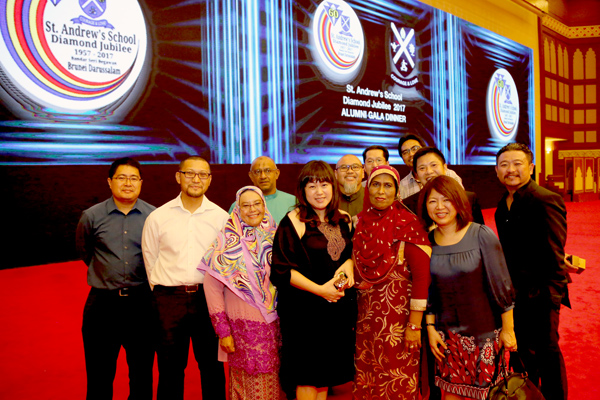 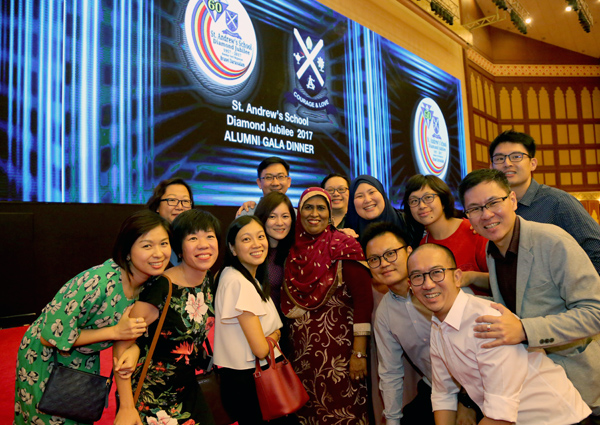 Another junior of ours 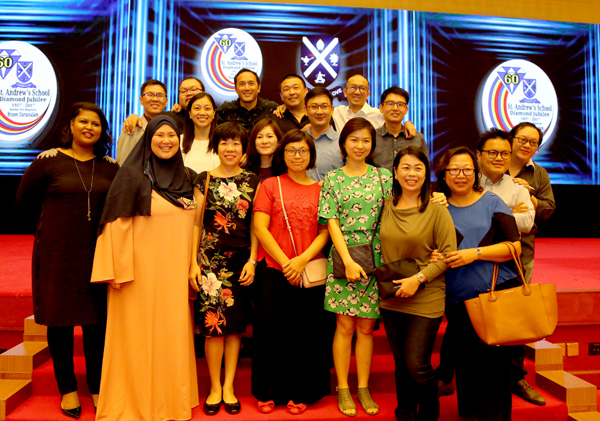 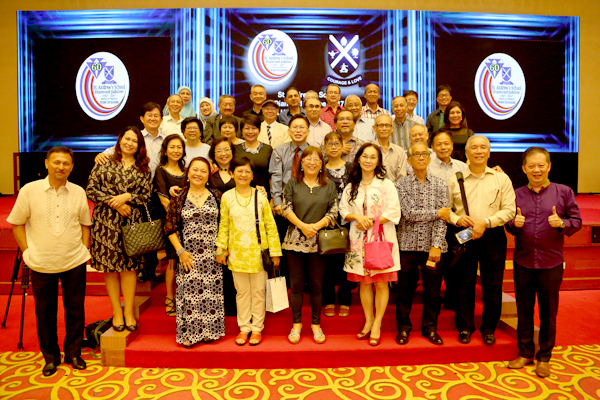 Back in the late 50s 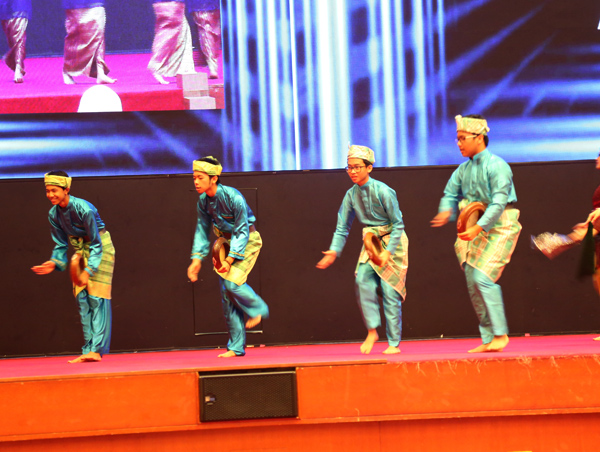 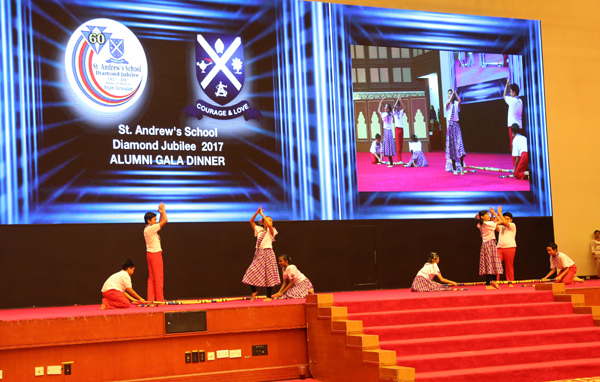 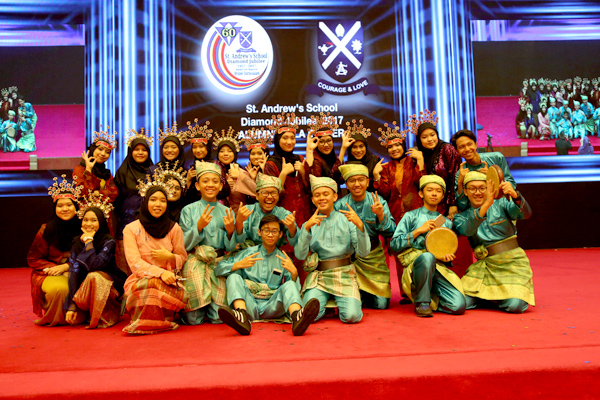 The performers from St. Andrew’s School 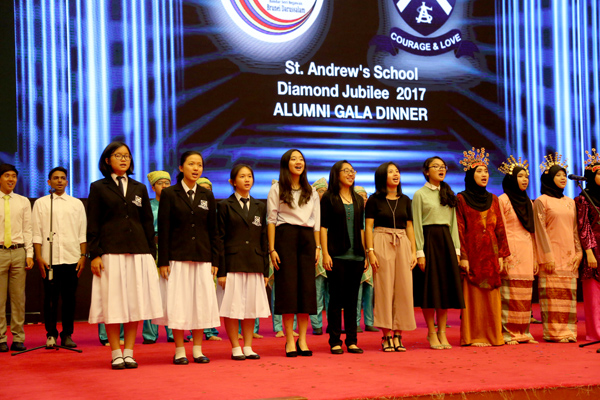 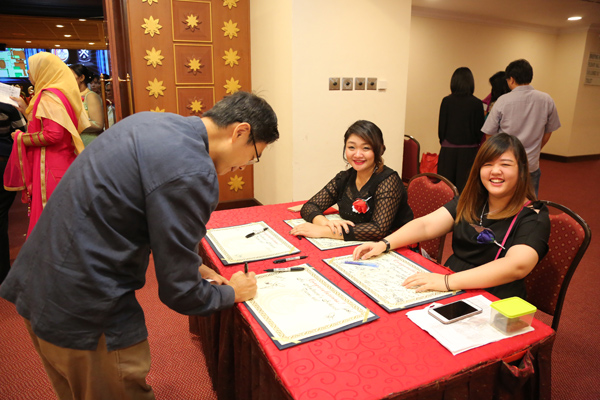 Hello Elva. Here was where we sign our memories

Rano’s take: Definitely I had a great time catching with my buddies from my class with Pg. Anak Ali and Rashid @ Rupert and not forgetting our former teachers from the school, Mrs. Ong (Maths), Mr. Chong (Malay and now Deputy Principal), Ms. Normah (Malay) and ever bubbly Mrs. Shafee (history). It was good to see familiar faces though our batch didn’t turn up that much and I was amazed that some of the people that I know used to be in SAS.

Of course, the most sought for teacher was Mrs. Shafee and it was funny to see her frowning when she tried to recall her former student names, tracking back to the 80s and the 90s. For sure, she still remembers me as we tend to bump to each other once in a while or so. She definitely has touched many lives of our students and shaped to where they are now. A big thank you to all the teachers who played parts in our lives too.

The only person that I really wanted to see or meet was Mr. Koshy, our Maths teacher and also the Principal of SAS back then. He had the biggest cheers when his picture popped up on the screen. I hope he’s in good health.

Thank you, Stephen Ong, for your hospitality and we all had a wonderful evening. The legacy continues in St. Andrew’s School and I’m already seeing better things happening in SAS. Keep up the great work!!