Warning: count(): Parameter must be an array or an object that implements Countable in /home/rano365/public_html/wp-content/themes/yoo_nano2_wp/warp/systems/wordpress/helpers/system.php on line 61
 Rano360.com » 2nd Pepsi Bonanza Lucky Draw 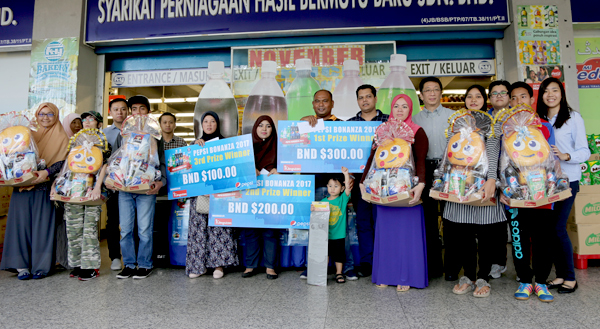 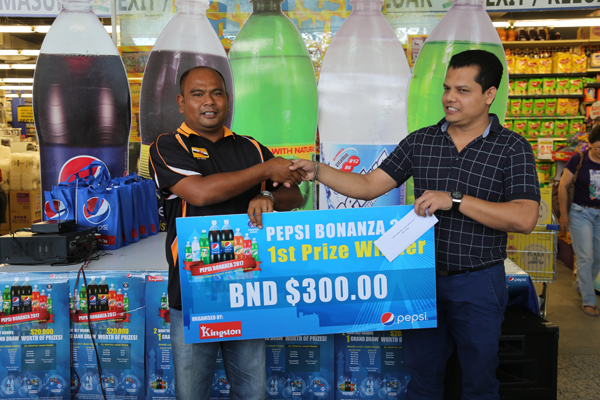 This is the second edition of the Pepsi Bonanza Lucky Draw and it was held at Airport Mall last Friday. Guess who emerged as the winner of the BND 300 voucher? He was no other than Wirna Hj Mohd Yassin. Second place went to Siti Nurliyana binti Abdul Yunus (BND $200 voucher), while Hajah Feridah binti Haji Abdul Hamid won third prize (BND $100 voucher).

Present during the prize presentation were Mr. Taheer from SKH Airport Mall, while Mr. Ng Boon Wee, Sales and Marketing Manager of Kingston Beverage & Creamery Sdn. Both handed out the prizes to the top ten winners.

The grand draw will be held on 10th December 2017 and the lucky draw grand prize will be a savings account of B$8,888.88, while prizes such as cash rewards and Pepsi hampers are also available to be won.

So you still have the chance to play part in this promotion. Simply purchase any ‘Twin Pack’ bottles of 1.5L Pepsi, Pepsi Twist, 7-Up, Revive, Mirinda Orange, Mirinda Strawberry, Mirinda Green Apple or Mirinda Green Fruit at specific department stores and outlets.

You can also dine in or take away at these outlets – Secret Recipe, Marry Brown, Pelicana, KFC, Ayamku, and The Chicken Rice Shop and register for the lucky draw. Good luck!!! 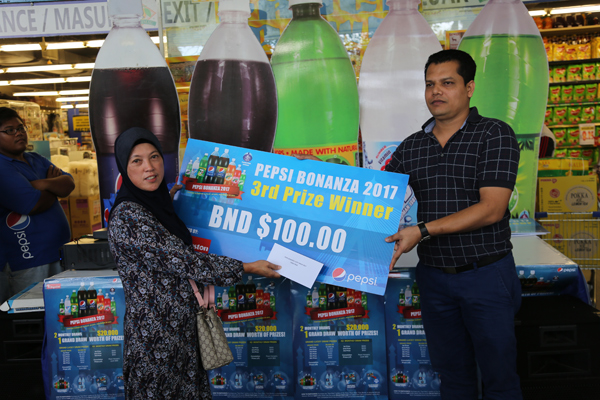 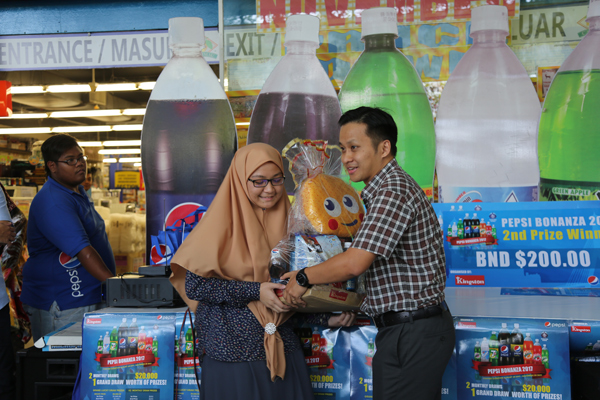 One of the consolation winners with Mr. Ng Boon Wee, Sales and Marketing Manager of Kingston Beverage & Creamery Sdn 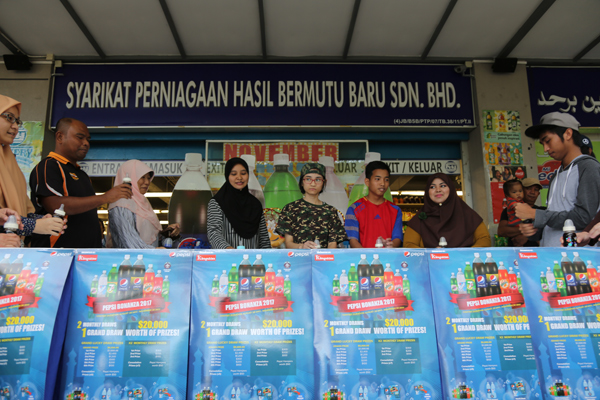 Some of the games played last week 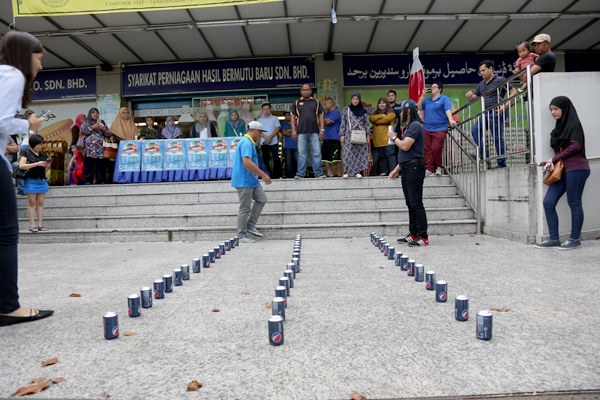 The stomping game to determine the winner 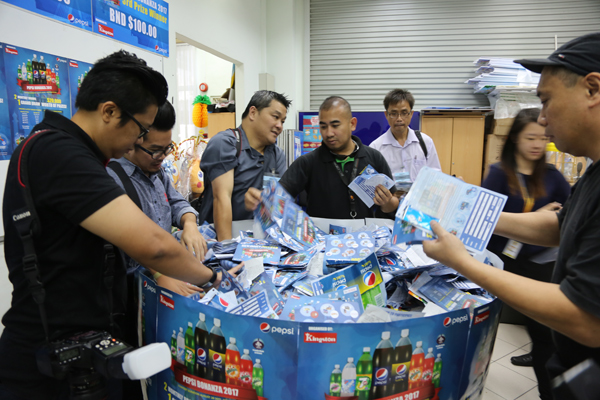 The lucky draw shortlisting by members of the media