Warning: count(): Parameter must be an array or an object that implements Countable in /home/rano365/public_html/wp-content/themes/yoo_nano2_wp/warp/systems/wordpress/helpers/system.php on line 61
 Rano360.com » Baiduri Masters 2018 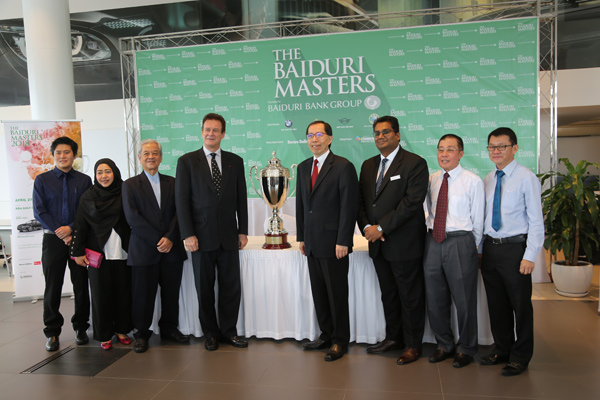 The highly anticipated annual golf tournament, the Baiduri Masters Charity Golf Tournament is set to span over two weekends, 27 to 29 April and 4 to 6 May 2018. This year marks the 23rd edition of the Baiduri Masters organised by Baiduri Bank Group.

Thanks to the support of strategic partners – QAF Brunei, BMW and MINI, the much awaited hole-in-one car prizes for Baiduri Masters 2018 was confirmed this morning at the Partnership Signing Ceremony held at the QAF Centre. Besides two luxury cars, players will also stand a chance to win three cash prizes plus numerous other tournament prizes at the Baiduri Masters 2018.

The event began with the opening remarks by Mr. Pierre Imhof, Chief Executive Officer of Baiduri Bank. He said, “Since the tournament’s inception in 1995, the Baiduri Masters has always been centred towards supporting our community and making a difference. The tournament has been raising funds for local charities and organisations that support people with special needs and promotes activities that help people with special needs integrate into society. Last year, we were able to donate $65,000 for charity.” 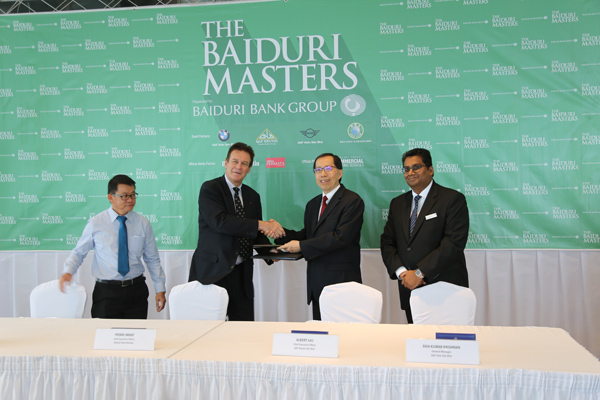 Exchange of documents between Baiduri Bank and QAF Brunei 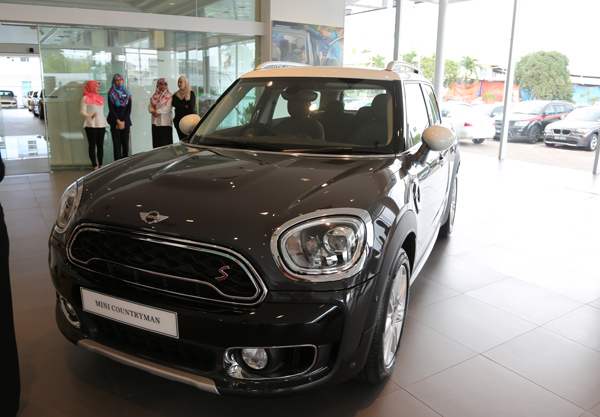 One of the prizes for the hole-in-one. A few years ago, three people won the same hole and the prize was a Porsche Cayman 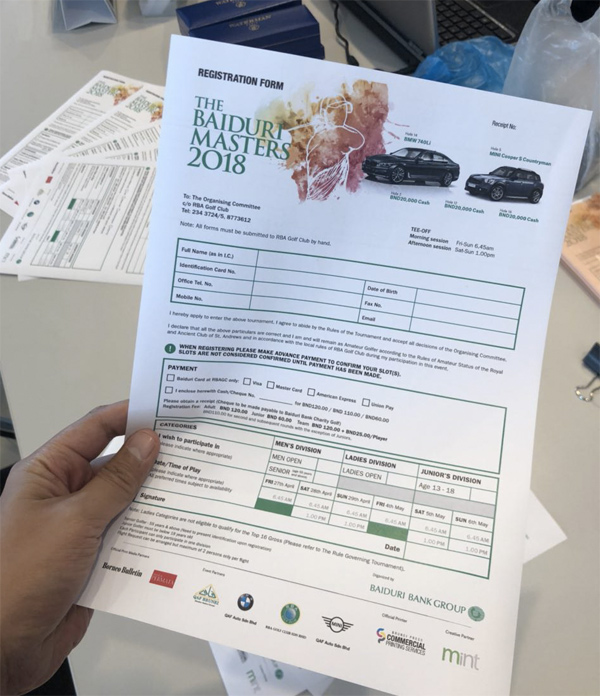 The application form for this year’s Baiduri Masters 2018

Registration commences from today and the registration fee remains at BND120 for adults and BND60 for juniors. The registration fee is inclusive of green fees, buggy, a goodie bag as well as buffet breakfast and lunch. Players are invited to the prize presentation dinner at the end of the tournament. 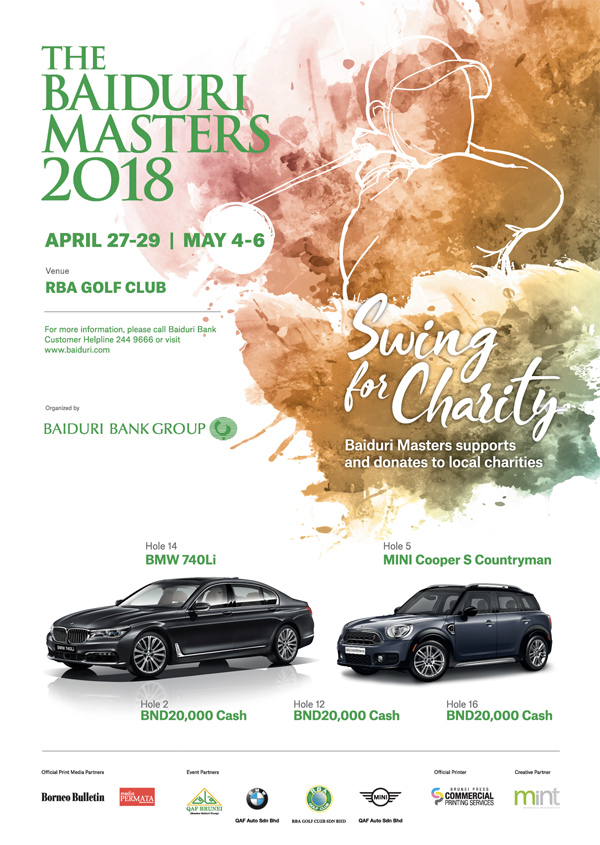 Enter poster to find out more