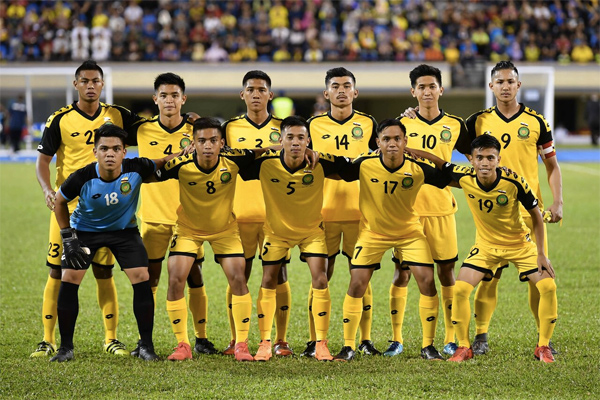 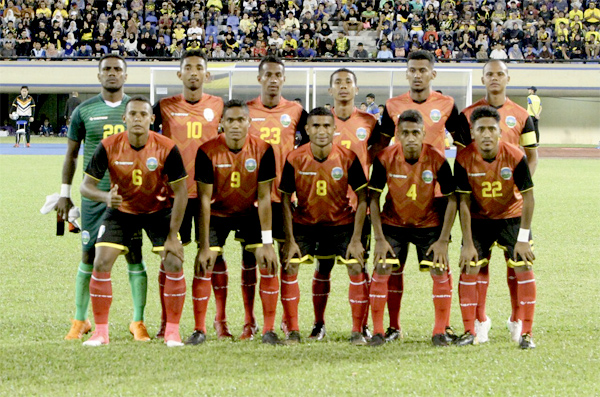 Not the start we wanted as a Brunei supporter and they were some mixed feelings about the performance last night at Hassanal Bolkiah Stadium. Our host nation took on Timor Leste in the opening match of the Hassanal Bolkiah Trophy and fell to a 1-0 narrow lost to the visitor on home turf.

Timor Leste benefited from a solitary goal from the penalty spot in the first half after a Timor Leste player was alleged to have brought down in the box. Jose Maria Dos Reis cooly converted the penalty and held on till the final whistle.

Brunei had great performances in their friendly matches leading to the first match against Timor Leste. However, the intensity and the cohesiveness of the team left more room for improvements. Sloppy passes and poor possession, Brunei struggled to hold the ball and hardly last after 4-5 passes whereas Timor Leste looked more controlled on and off the ball. This was apparent in the first half.

Nonetheless, there were some players that helped help to calm the team down whenever Timor Leste began to threaten in attack. Ak Yura Yunos (No.23) in defence and Naziruddin Hj Ismail (No.8) in midfield help to hold the fort for Brunei throughout the 90 minutes. Another player that brought more purpose to the game was Faiq Jefri Bolkaih (No.9), the team captain in attack. Brunei’s best chances came from Faiq whose both efforts were cleared off the line, one a well struck left footer while the other, a guided header off a corner.

The second half was a slightly better in terms of possession for Brunei though Timor Leste showed more confidence in all departments. The visitors were restricted to long shots and none of their efforts troubled Ishyra Asmin Jabidi in goal. Timor Leste was also good when countering and almost doubled their lead when substitute Muhammad Ramie Ramlli gave away a sloppy pass in midfield but Timor Leste failed to capitalize.

Fabio Augusto Da Silva (No.20), Timor Leste’s goalkeeper, had little workout in the second half as Brunei failed to muster any form of chance to trouble the keeper. A long ball strategy would have benefited the isolated Faiq upfront due to his physique and the ability to hold the ball. However, Timor Leste were so disciplined at the back and their larger body physique gave more advantage against our local players. Kudos to Timor Leste on a professional display on the pitch and deserved the narrow victory over the host nation.

Mario Riviera Campesino, head coach of Brunei Darussalam, commented that Brunei showed nervousness in the first half and this is due to the over excitement leading to the tournament and forgetting to be focused on the match. He is confident that Brunei will improve in the upcoming matches and win the remaining matches to qualify for the semi-finals.

Brunei now have a huge task in the group of death. They are up against two times defending champion Thailand and the defending champion Myanmar. Will this be difficult? Yes. But is it impossible? No. Brunei did show some promise and let’s put our trust in the players selected by the head coach in the upcoming matches. I believe we have the quality and the desire to be better than we were last night.

Myanmar will take on Thailand in a mouth watering match at Belapan Sports Complex tonight. Brunei will have two extra days before they face Thailand at Hassanal Bolkiah Stadium on Friday evening. 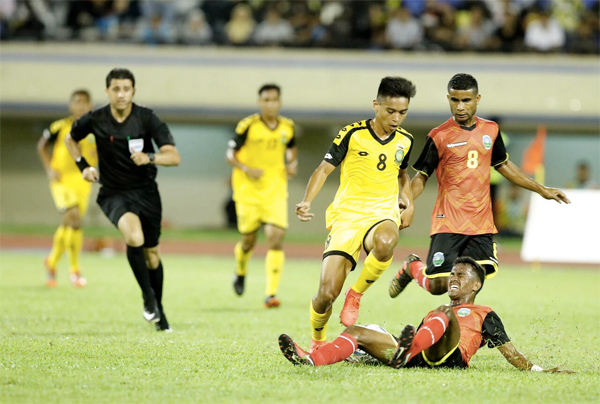 Naziruddin Hj Ismail of Brunei Darussalam skipped a tackle during the match. Image courtesy of Infofoto. 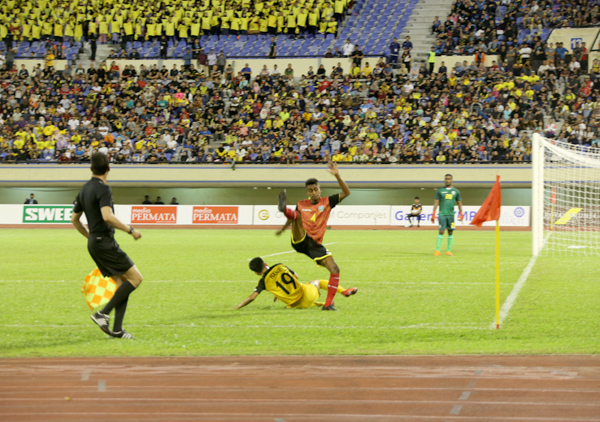 Hanif Aiman Adanan attempting to win a challenge. He gave away possession cheaply especially in the first half. I hope he can bounce back against Thailand this coming Friday. 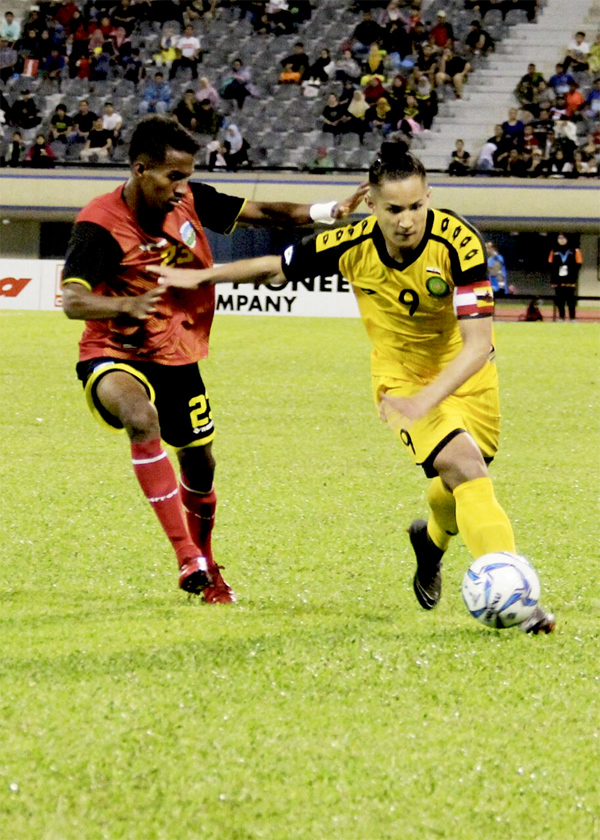 Faiq Jefri Bolkiah holding the ball against Nelson Sarmento Viegas. He had two great chances to equalize but his efforts were cleared off the line. A promising talent for the national team. . Image courtesy of Infofoto. 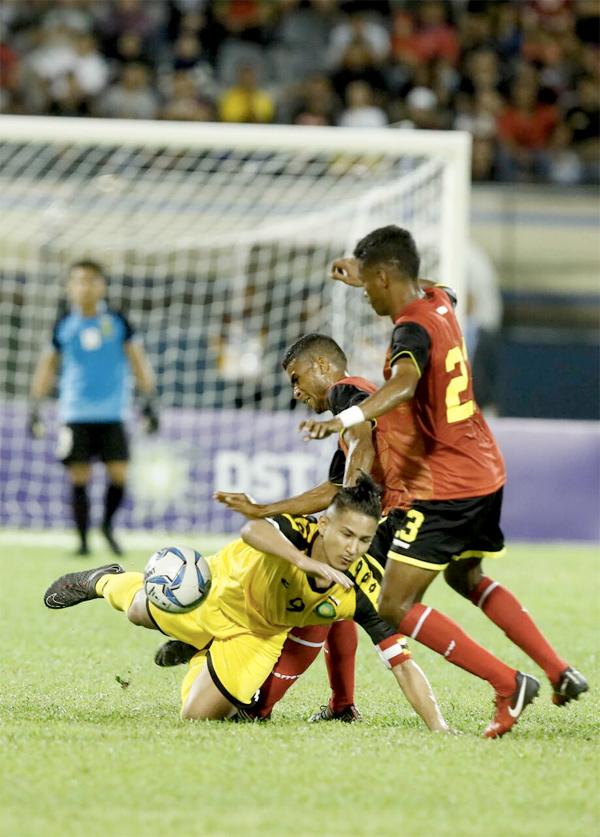 Faiq Jefri Bolkiah had a subdued second half as his team mates weren’t able to supply him the ball in the final third. Kudos to Timor Leste for their discipline in defence and as a unit. . Image courtesy of Infofoto. 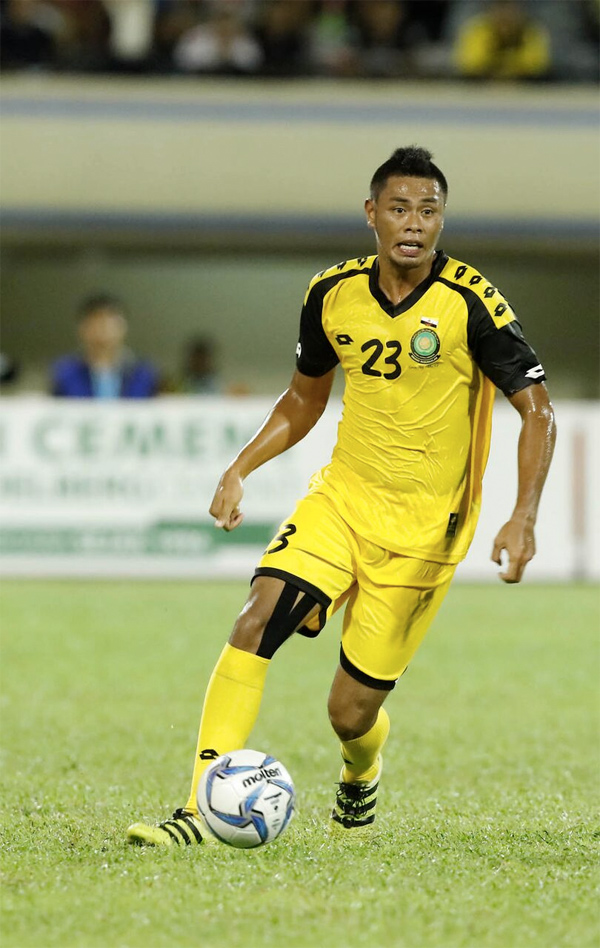 Ak Yura Yunos helped Brunei’s defence and also calmed the storm from Timor Leste. It would have been a different story without the presence of Ak Yura Yunos. . Image courtesy of Infofoto. 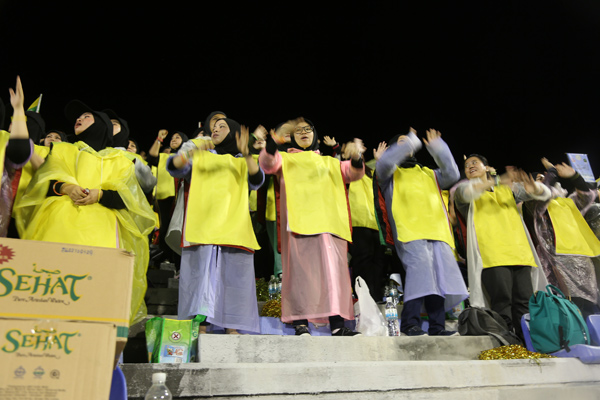 The HBT supporters sang and chanted during period of the match to boost the morale of the players. Timor Leste head coach Gelasio Da Silva Carvalho even said that his players couldn’t hear his instructions from the bench due to the overwhelming chants from the supporters. 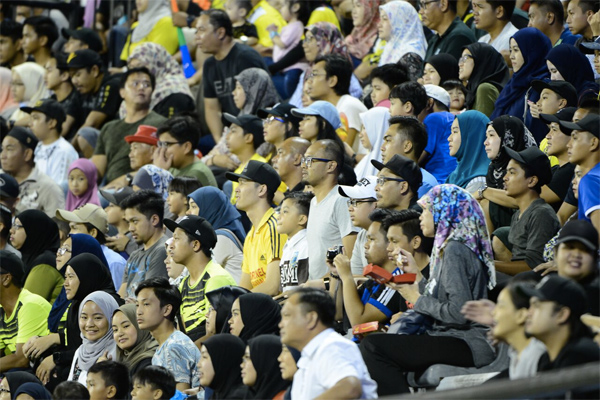 It wasn’t a full house but I could say almost 90% of the stadium was filled up. . Image courtesy of Infofoto. 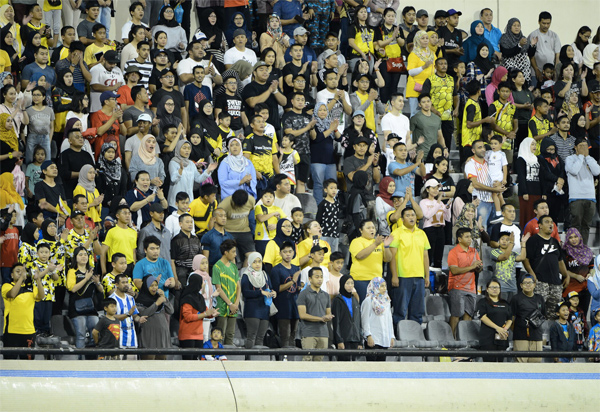 I can see my friends 😀 . Image courtesy of Infofoto.