Warning: count(): Parameter must be an array or an object that implements Countable in /home/rano365/public_html/wp-content/themes/yoo_nano2_wp/warp/systems/wordpress/helpers/system.php on line 61
 Rano360.com » Shahrom drives home an X-trail 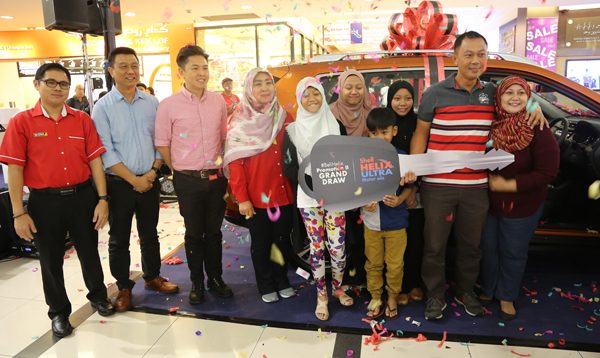 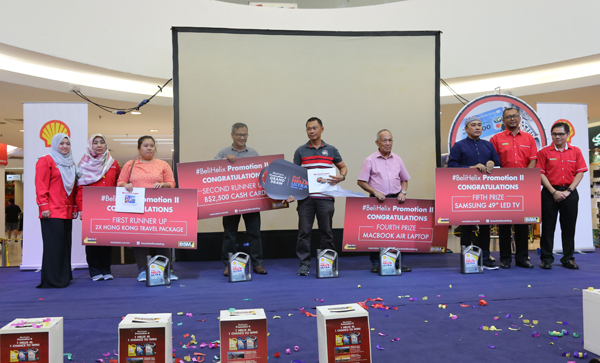 The five lucky winners were being feted

Brunei Shell Marketing Co Sdn (BSM) awarded its lucky winners for the recent #BeliHelix II promotion which was held at Times Square Shopping Centre two weeks ago. The promotion received an overwhelming entry of 15,000 from 8 February 2018 to 30th April 2018.

Hjh Siti Kurshiah Hj Anuar, Head of Commercial welcomed the winners and distinguished guests during her welcoming remarks and thanked all the customers for buying Helix products.

Mohd Shahrom bin Hj Sharbini, 40, was the lucky winner of the new Nissan X-Trail after being abled to start the engine after his third attempt. It was a close call between Mohd Shahrom and Hj Mohd Yusuf bin Hj Besar, the oldest person in the final draw as both attempted to ignite the engine of the SUV. In the end, the former was successful. 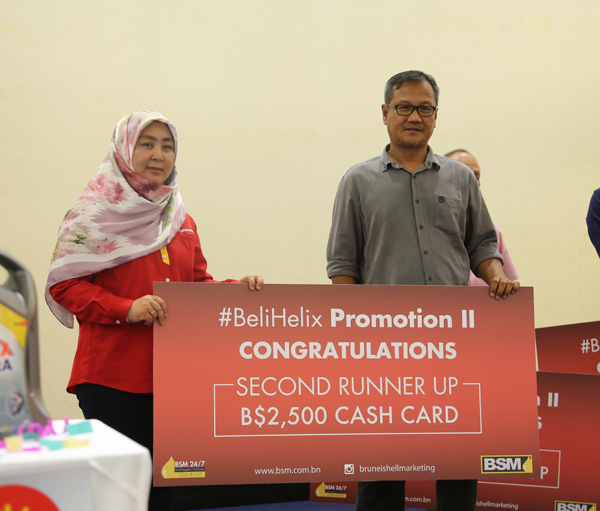 One of the consolation winners 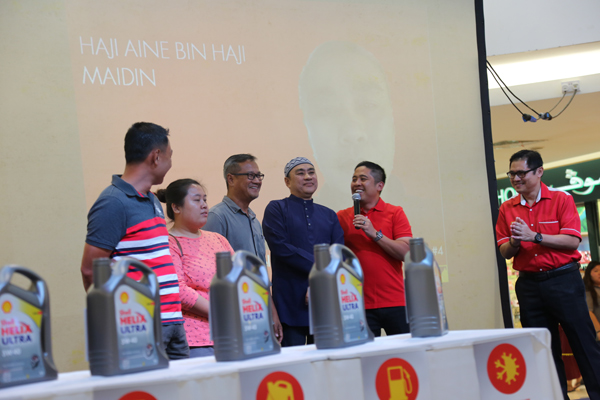 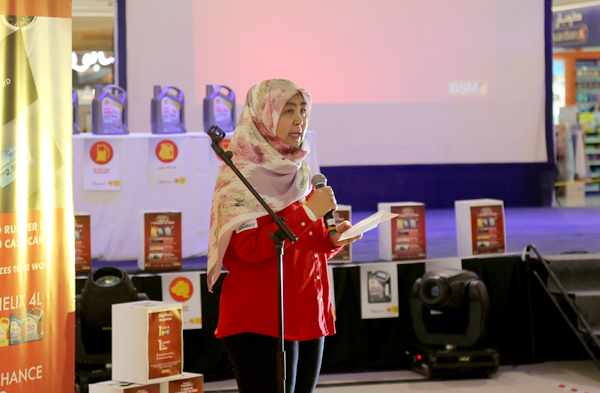