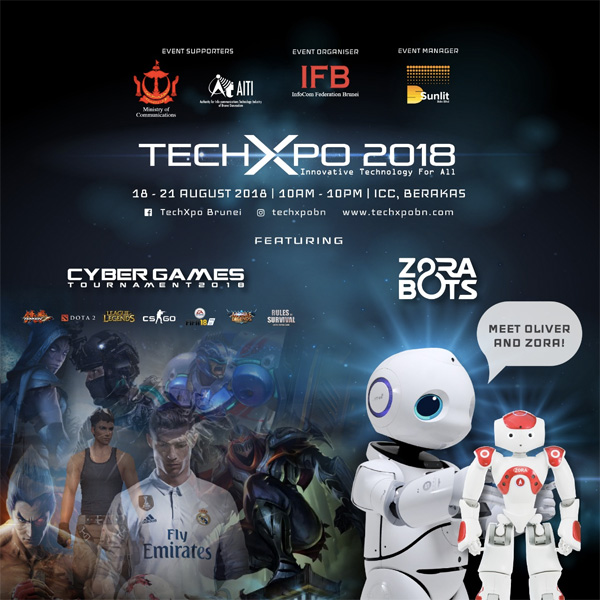 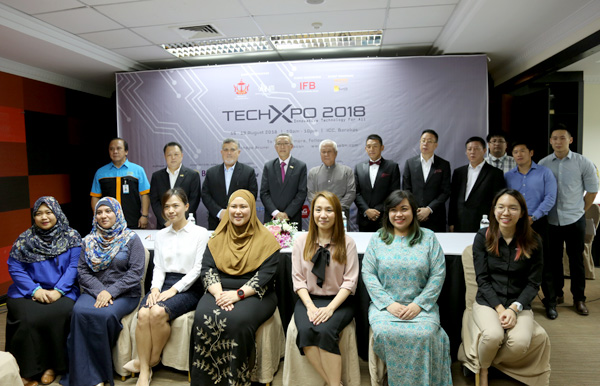 The TechXpo 2018 is just around the corner. A few more days to be exact. The highlight of the TechXpo is definitely the TechXpo Cyber Games Tournament, jointly organized by D’Sunlit and Sigma Cyberspace where Progresif will be the title sponsor. A record pool prize of BND 15,000 is slated to be the biggest yet for Brunei cyber tournaments, featuring games such as Counter Strike, League of Legends, DOTA, Tekken 7, FIFA 18 (which I am joining) as well as Mobile Legends and Rules of Survival. All the registrations have been closed for now and there are more than 300 participants already that have signed up for the tournament.

Another highlight for the TechXpo are the robots, all the way from Belgium known as Zora Robotics NV (ZoraBots), a pretty interactive humanoid robot for the public to interact with.

The theme for this year’s TechXpo is “Innovative Technology for All” as the Chairman of InfoCom Federation Brunei, Sheikh Hj Abas, said that everything we do nowadays are linked with technology, even with food. Hence, the theme suits to attract crowd of all ages.

The Plenary Hall will be used for the upcoming TechXpo and do check it out as they will be special offers from participating vendors.

The event will take place this Friday 18th August and ends on 21st August 2018. Oh yea, if you are keen to try out the latest Samsung Galaxy Note 9, you can check out the demo unit at DST booth during the TechXpo before the official launch next week.

The TechXpo 2018 is organized by InfoCom Federation Brunei and D’Sunlit. 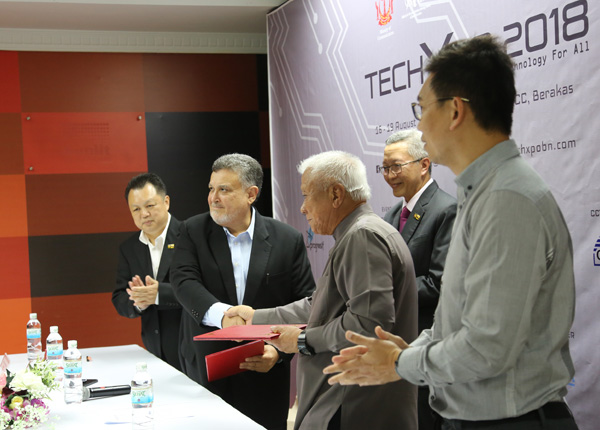 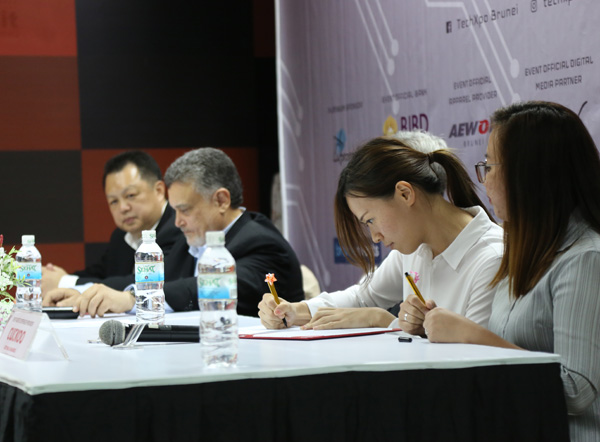 Cuckoo (Brunei) will be one of the partners for the event 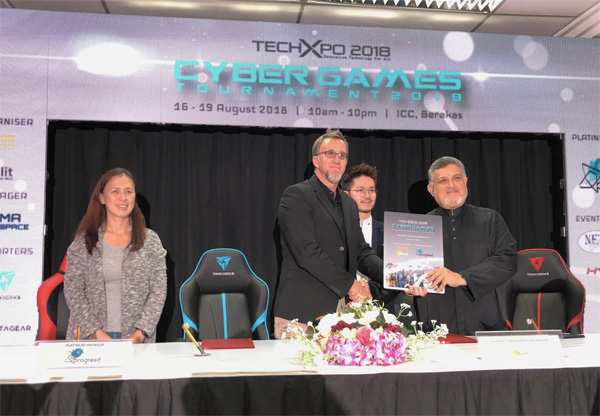 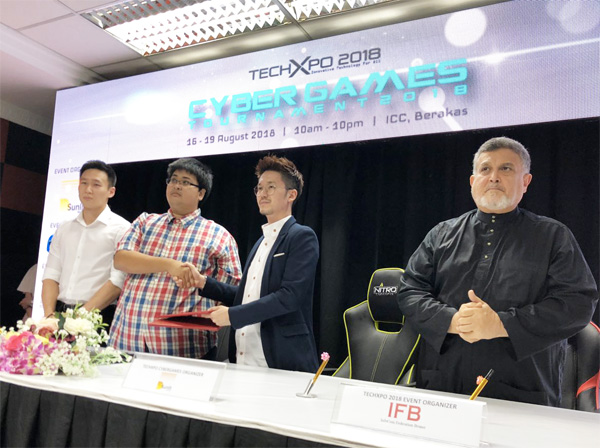 Sigma Cyberspace will be organizing the gaming tournament 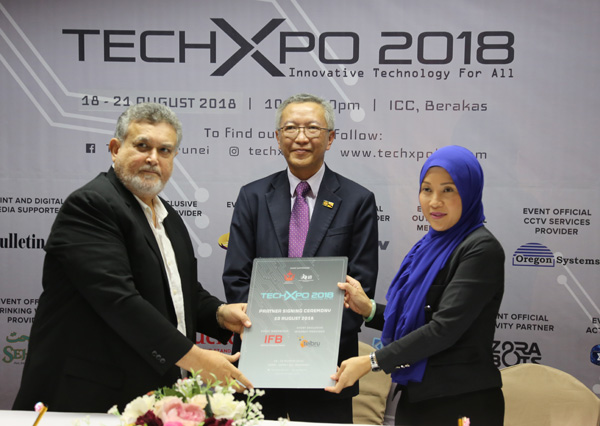 TelBru is also one of the partners of the event 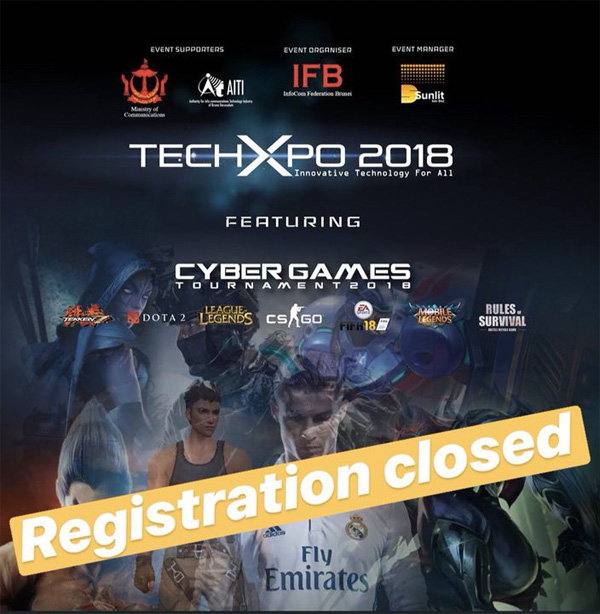 Registration has already been closed

After a huge success for the first trail game (Epidemic: Race to Rescue), BAG Networks have launched the second edition, an augmented reality mobile game which will take place during the upcoming TechXpo 2018.

Dubbed the “Trail to TechXpo 2018”, registration has already been opened for all of you to participate leading to the upcoming event. The new game utilizes both GPS and AR technology with the help of your smartphones as you gather clues around Brunei-Muara district and the end point will be at TechXpo event itself at the International Convention Centre.

Apparently there will be 8 check points if I’m not mistaken for “Trail to TechXpo 2018” and the new game will three rounds. First step will be checking in on the checkpoints, then solve the puzzles during the TechXpo and final mystery will be on the main stage of the Plenary Hall at ICC. You can register your team here and good luck 😀

The prizes were not announced yet but the prizes will be sponsored by DST. 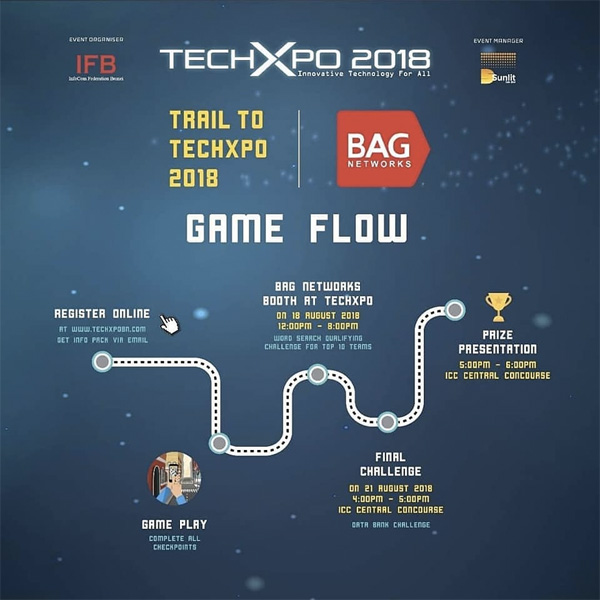 The Trail to TechXpo 2018 game is open for registration 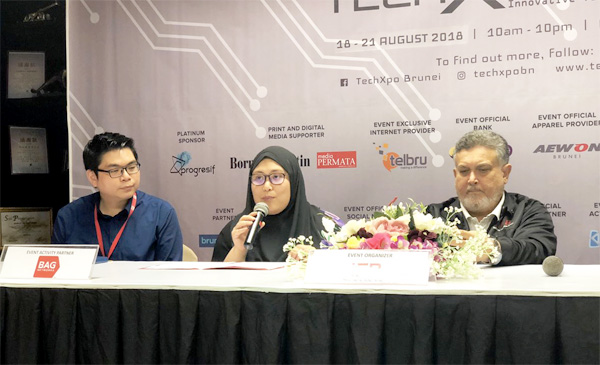 Representatives from BAG Networks during the recent press conference 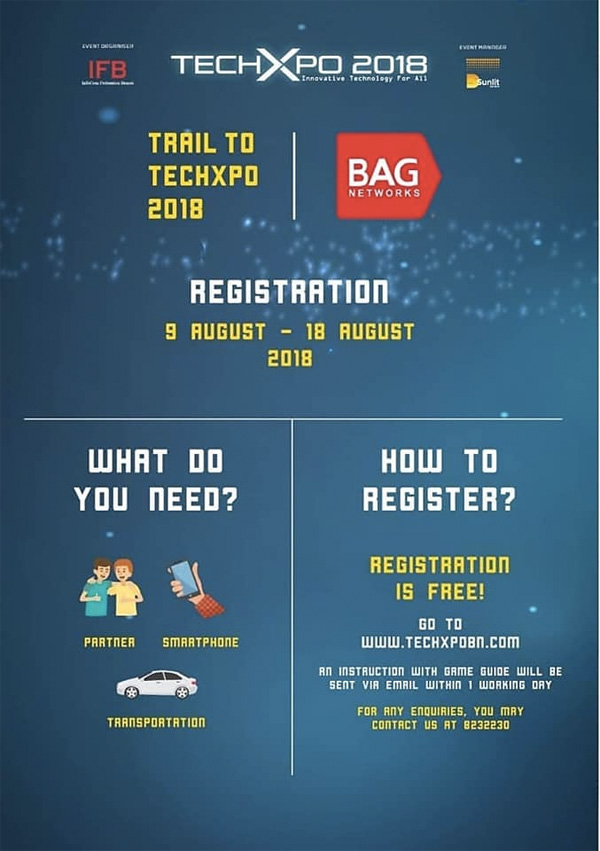