Warning: count(): Parameter must be an array or an object that implements Countable in /home/rano365/public_html/wp-content/themes/yoo_nano2_wp/warp/systems/wordpress/helpers/system.php on line 61
 Rano360.com » Yuslinayati driving back a Hyundai 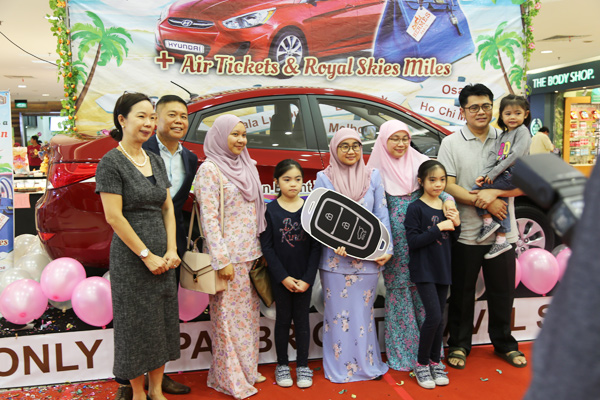 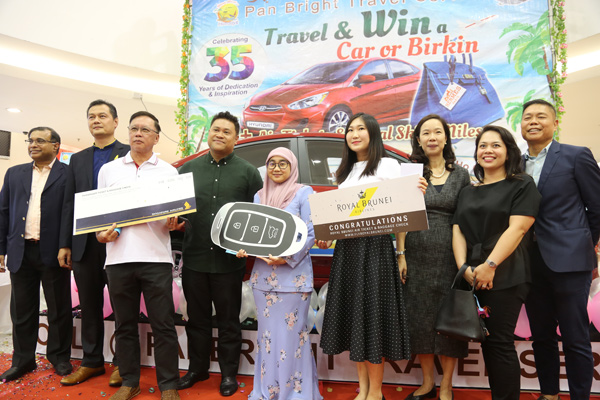 Finally the conclusion to the long campaign, again organised by Pan Bright Travel Service, where one could walk away with a Birkin bag or drive away a Hyundai Accent. Pan Bright has already become a household name in Brunei Darussalam when it comes to booking your flight tickets or your preferred travel agent. I was hoping to be short listed since I bought a few tickets from them as well but perhaps next time would be a much luckier prospect for me 🙂

Last night saw the top 15 vying for the top prize as they were already shortlisted a week prior to the grand draw. The grand prize of the Pan Bright Travel Service 5th Annual “Travel & Win a Hyundai or Birkin Promotion” 2019 was a brand new Hyundai Accent or an exclusive Hermès “Birkin” bag sponsored by the said travel agent.

The good thing about the grand draw was that all the top 15 finalists will walk away with prizes sponsored by Baiduri Bank, Royal Brunei Airlines and Singapore Airlines. The prizes included return air tickets to Melbourne, Bangkok, Kuala Lumpur, Singapore, Ho Chi Minh, Tokyo, Seoul, Osaka, Beijing and Royal Skies Miles valued from 10,000 to 25,000.

Members of the media, senior management of Pan Bright Travel and other representatives from Royal Brunei Airlines, Baiduri Bank, Tourism Malaysia (Brunei) and Sabre Brunei were present to witness the event. 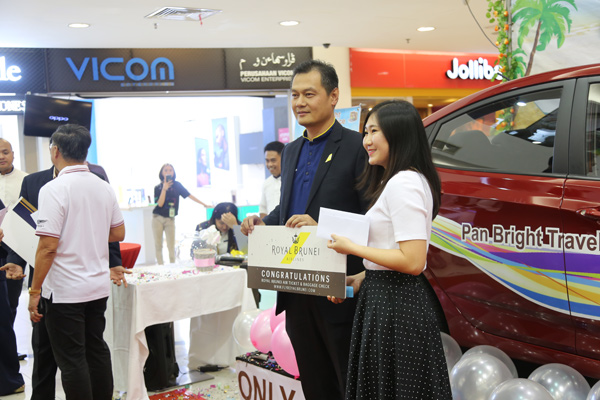 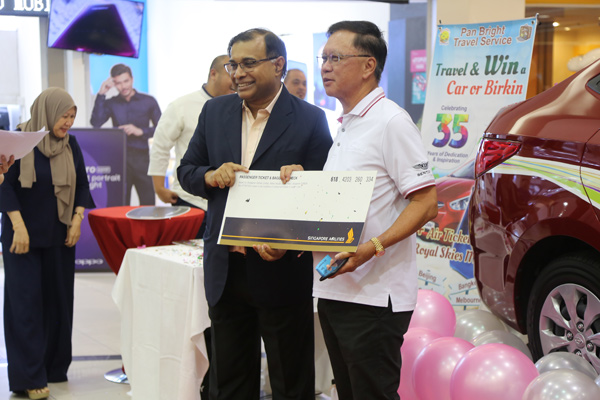 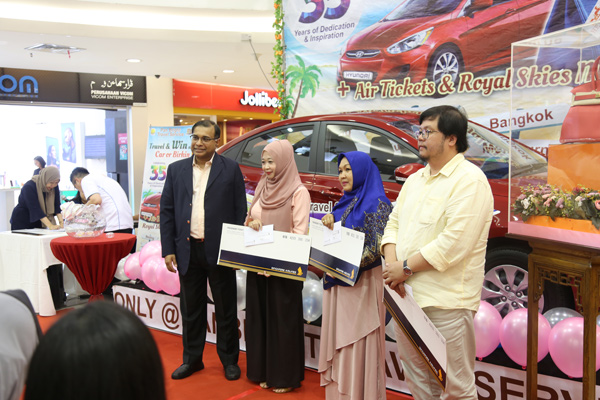 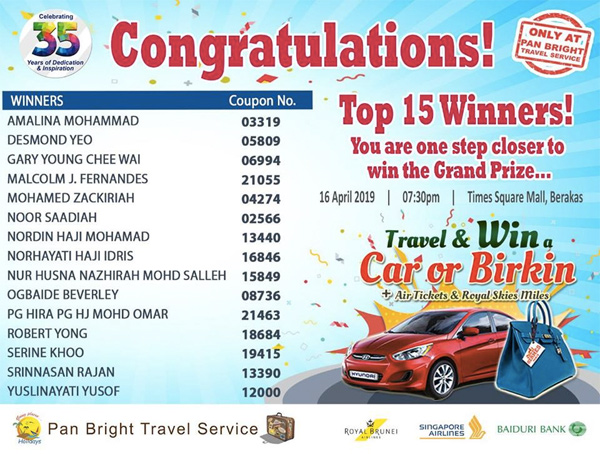 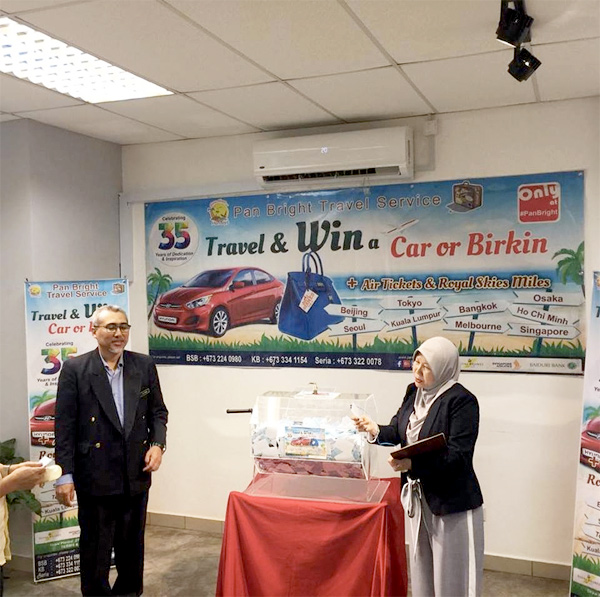