Warning: count(): Parameter must be an array or an object that implements Countable in /home/rano365/public_html/wp-content/themes/yoo_nano2_wp/warp/systems/wordpress/helpers/system.php on line 61
 Rano360.com » Toyota/Lexus Experience Day 2 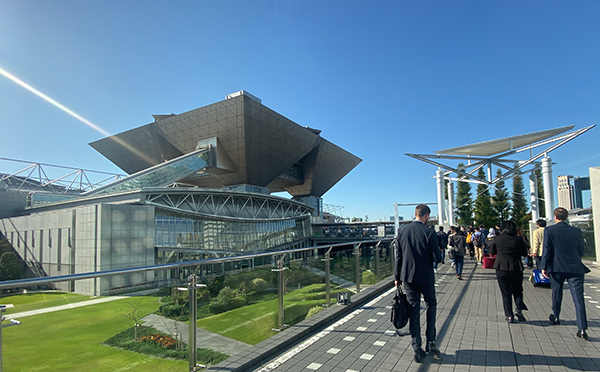 The Tokyo Motor Show 2019 came to an end on the 4th November 2019. Those who attended were privileged to catch cutting edge vehicles such as self driving cars and much of the focus was also on mobility. My previous visit to the Tokyo Motor Show was back in 2013 so I would say the experience this time was totally different.

It was the first time the Tokyo Motor Show opened the exhibition to children, aimed at reversing the flagship attendance. The 2017 show drew a mere 770,000 people but this year, it managed to break the 1 million mark and finished with 1.3 million attendees in the 10-day Tokyo Motor Show.

It was participated by 192 carmakers according to the Japan Automobile Manufacturers Association (JAMA) and I shall be focusing on the cars/vehicles introduced by Toyota and Lexus.

The members of the press were given a dedicated day (October 23) where the Presidents of the respective brands launched their products as the media got first hand viewing before the Tokyo Motor Show was opened for public viewing. 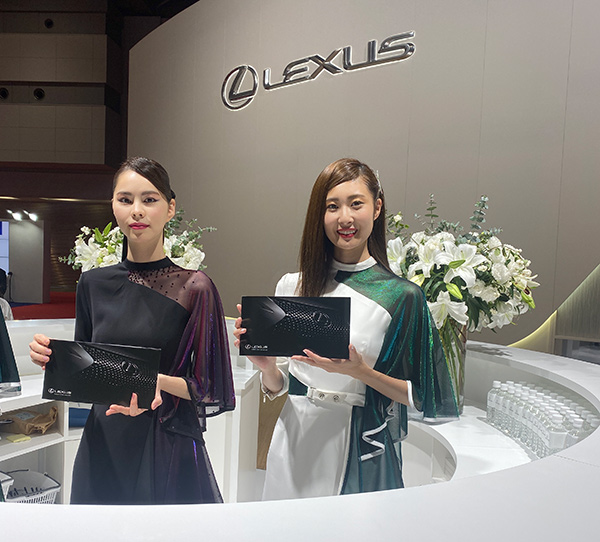 At the Lexus Pavilion at the Tokyo Motor Show 2019 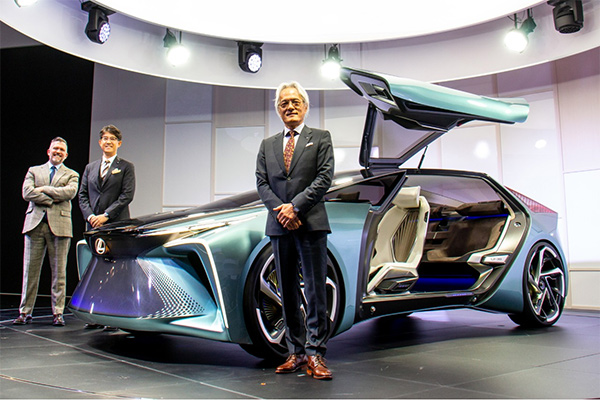 Yoshihiro Sawa, the International President of Lexus with the Lexus LF-30 Electrified, the first full fledged electric vehicle from Lexus 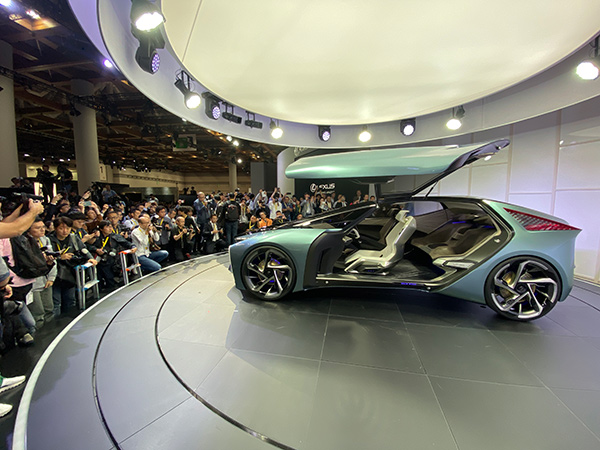 Check out that beauty

In the late morning, Yoshihiro Sawa, the International President of Lexus unveiled Lexus first ever electric vehicle (EV), the Lexus LF-30, which left the audience in awe. The LF-30 is more than a concept vehicle. The Lexus Electrified vision unveiled targets a fundamental leap in vehicle performance, handling, control and driver enjoyment, and let’s not forget autonomous driving and vehicle electrification.

What was interesting was the “Lexus Sense theatre” at the Tokyo Motor Show, a space where people can experience the simulation of five senses. es”. It consists of two experience spaces, audio and visual. In Theater 1, the sensual engine sound of Lexus LFA stimulates hearing with 360° 3D sound.

Theater 2 offers a visually stimulating experience with the Lexus LC model by projection mapping – which changes its appearance according to the time of day and the viewing angle. In this booth layout you can appreciate the Lexus philosophy, while enjoying sensory stimulation through “real experience”. 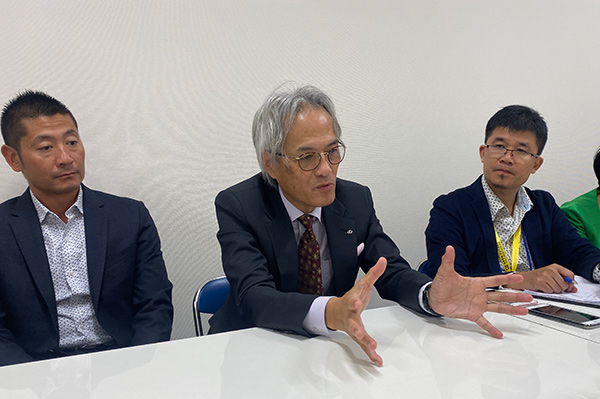 Interviewing Lexus’ International President with other members of the press

We also had a privilege to interview with Yoshihiro Sawa with other selected members of the press. He was quite welcoming individual with full of knowledge especially with the automative industry. When asked about how Lexus will positioned themselves among other luxury car brands, Sawa said that Lexus aims to be different from others and hence Lexus upped the scale by providing a more amazing experience for their customers. Hence, Lexus aims to focus on luxury lifestyle experience with the car rather than luxury car brand. He shared that the owners of luxury cars are not satisfied with just owning the product. They hunger for something more as they are eager to have a more unique experience. 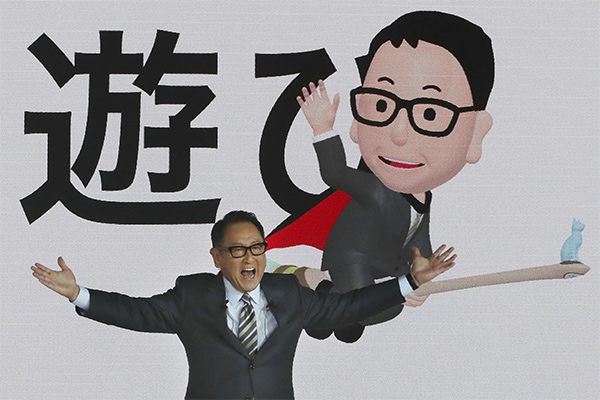 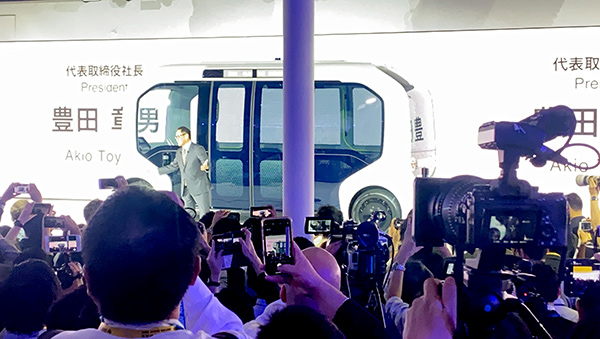 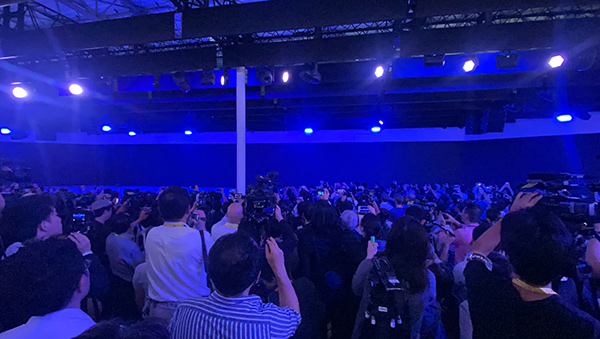 In the afternoon, Akio Toyoda, President of Toyota Motor Corp, had an interesting approach to the launch of their Toyota products, focusing on digital presentation on the mega horizontal interactive display on stage. Toyoda engaged the audience with his younger digital self and shared to all of us how “people will be the centre of the future.” With advancement of technologies in modern era of automotive industry, Toyoda can’t discount how important human capital is and still very relevant for both to co-exist.

The company also envisioned to position Toyota as a brand that focuses “mobility for all”. This is evident as the President announced models such as the e-Palette (electric modular vehicle) and Sora, a fuel celled electrified vehicle bus (refer to my previous blog post) that will be featured in the Tokyo 2020. This is definitely exciting times for Toyota, being one of the partners for Tokyo 2020.

The day ended with ended with a press conference hosted by JAMA where it showcased the global FIA Gran Turismo Championship 2019 World Tour 5 competition. This was held at the MEGAWEB area at the Aomi Exhibition Hall which also collaborated with KidZania. Hence, making this year’s Tokyo Motor Show 2019, the biggest in terms of variety since its inception.

A big thank you to NBT (Brunei) for sponsoring my trip to Japan and the Tokyo Motor Show 2019. It was really an honour 😀 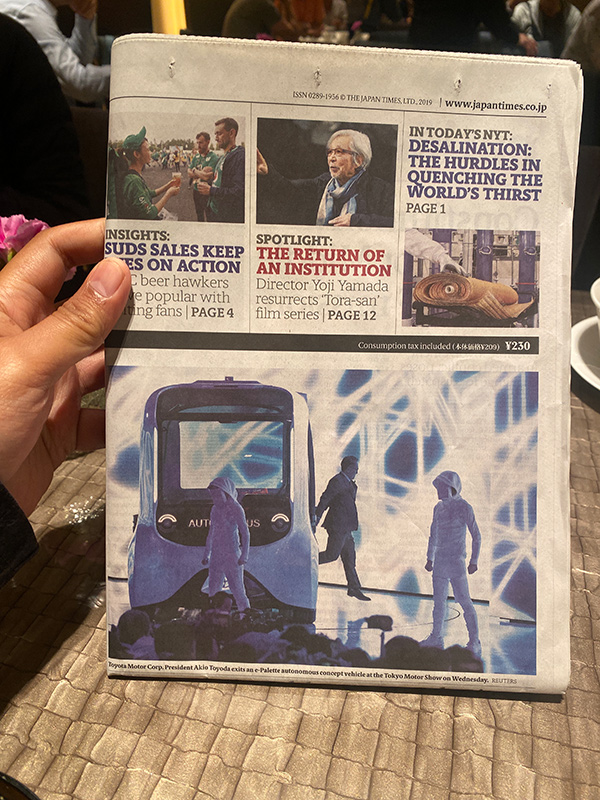 The president making headlines in the newspaper the following day 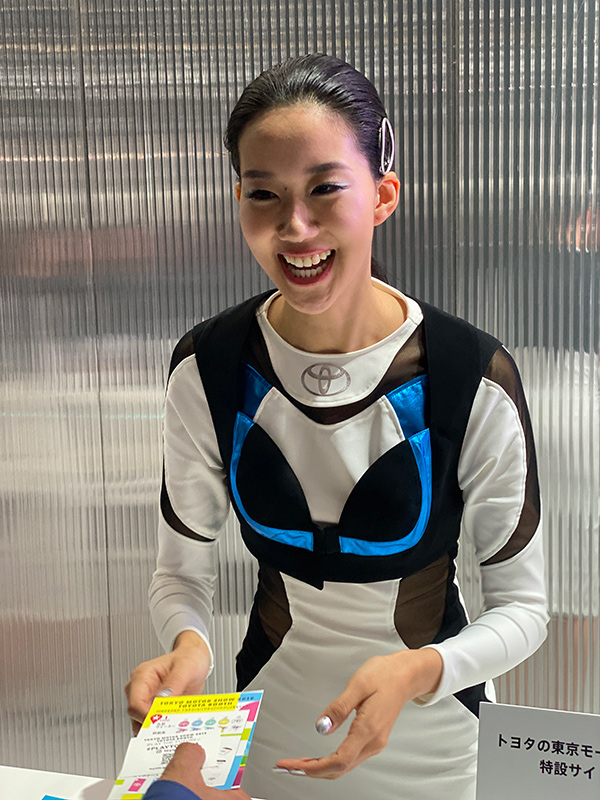 One of the beautiful assistant at Toyota pavilion 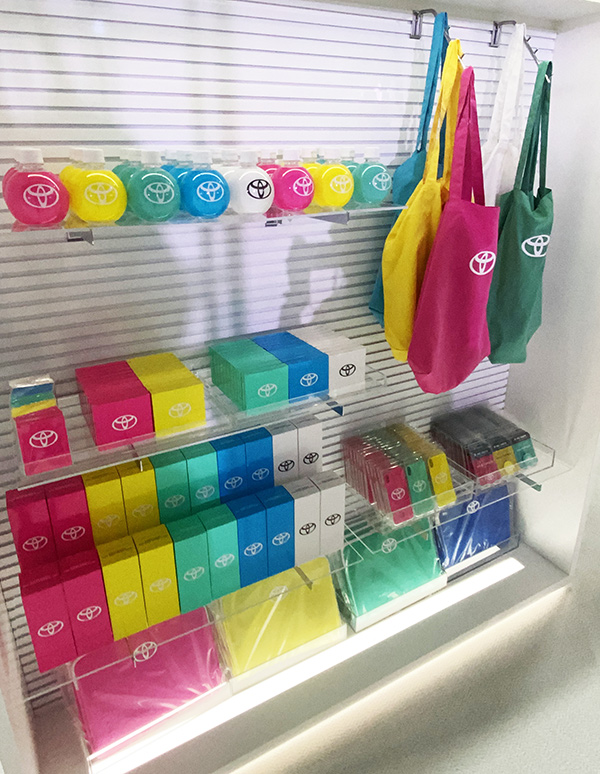 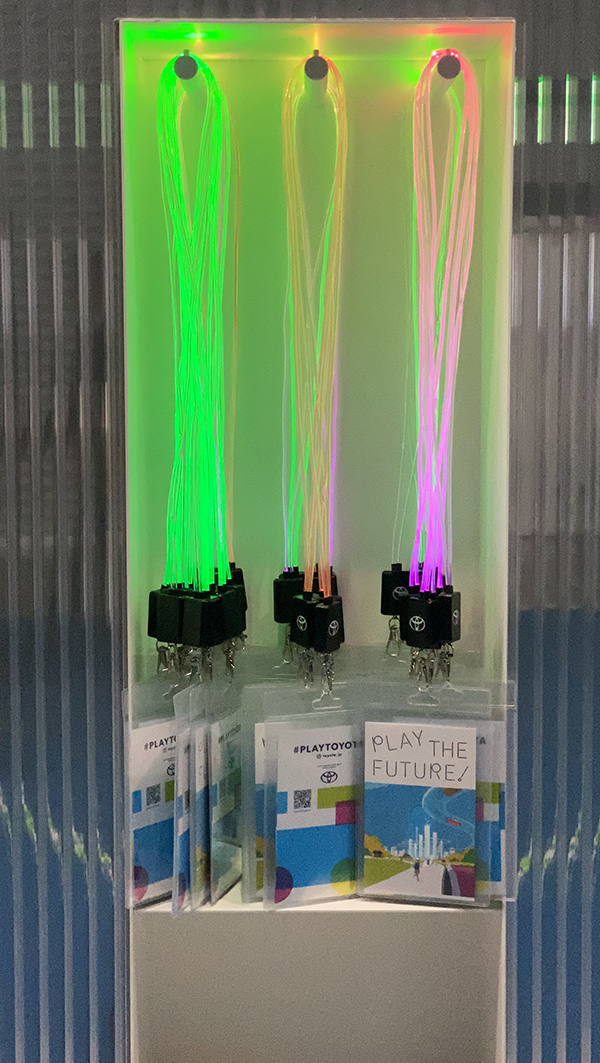 Loving the lanyard and I got myself one too 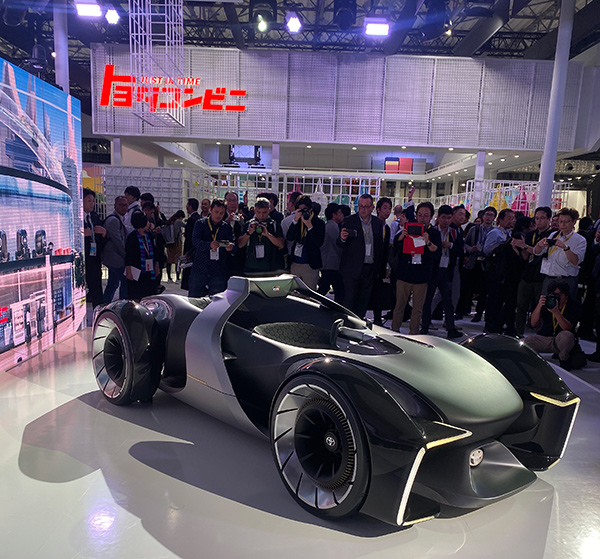 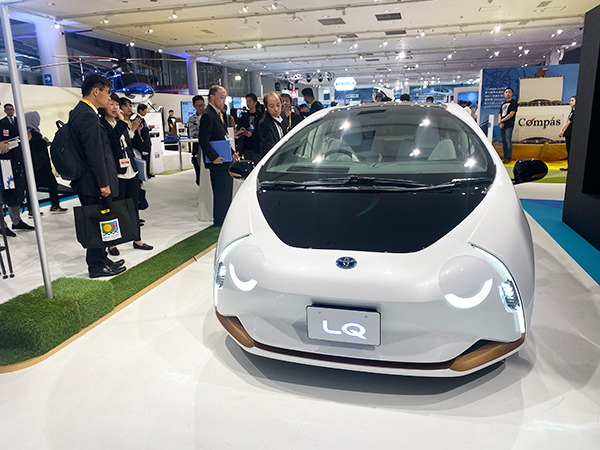 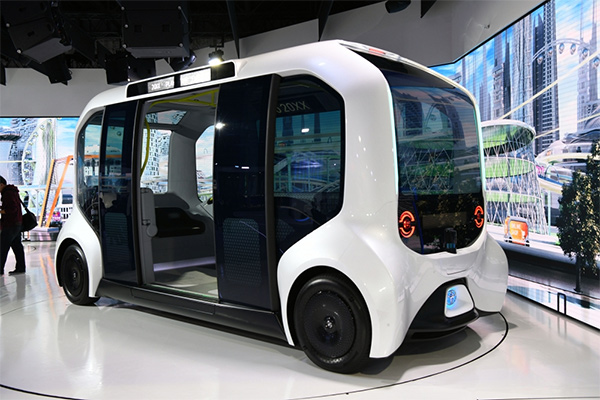 I am excited to try the e-Palette next year hopefully