Warning: count(): Parameter must be an array or an object that implements Countable in /home/rano365/public_html/wp-content/themes/yoo_nano2_wp/warp/systems/wordpress/helpers/system.php on line 61
 Rano360.com » It’s never too late 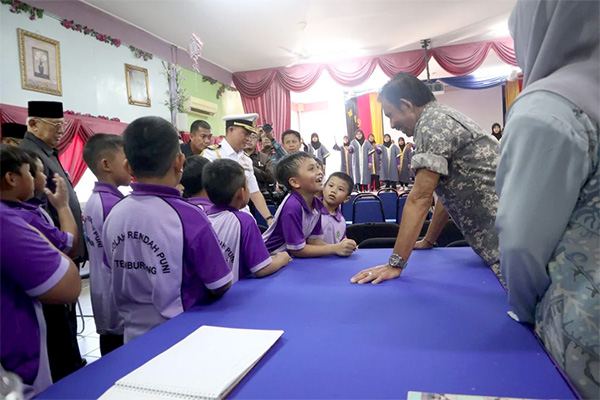 His Majesty the Sultan having a dialogue with one of the students at Sekolah Rendah Puni Temburong. Perhaps, the positive highlight of the impromptu school visits at Temburong. Image by @pingako

Social media is always on high alert whenever His Majesty the Sultan does impromptu visits and spot checks on certain places such as schools and ministries in particular. The outcome has been only satisfactory at most upon inspection and there’s always a bigger room for improvement. Ironically the voices being heard are from the end users, in this case, the people (the rakyat) or in schools, students and teachers, when they have dialogues with the monarch.

To be honest, I hardly cover any impromptu visits by His Majesty and all the my first hand news are from Whatsapp (viral) and Reddit before I read the official version from newspapers or listen/watch RTB news on radio and TV respectively. I do hope I one day I have a little bird to drop me and info or two should there be another impromptu visit.

I believe all these impromptu visits by His Majesty the Sultan are necessary in order to maintain and further improve the welfare and the well being of the residents of Brunei Darussalam. I still find it amazing that His Majesty the Sultan (in his 70s) has the drive and passion to make regular visits around Brunei Darussalam and this will help to keep the ministries on their toes because they are the agencies, entrusted by His Majesty to run the show and make sure the goals and objectives are met. This truly indicates how His Majesty cares about the well being of his people.

It’s always nice to notice action being taken after being scrutinized. A prime example was the unscheduled visit of His Majesty the Sultan to the Department of Immigration on the 8th of October and the monarch questioned the Citizenship section where hundreds (or maybe thousands) have yet to be granted Brunei Citizenship. Two and a half weeks later, the Ministry of Home Affairs held a formal ceremony for the 222 recipients of the Citizenship Status Certificates which was held at the International Convention Centre on 24th October 2019. As soon as I posted that story, many questioned me on which year that it coincided with for the 32nd intake of the citizenship recipients. I have no clue whatsoever but it surely is progress to see that steps have been taken swiftly by the relevant ministry. I’m also waiting for my application and I hope one day, insyaAllah, that I will be a Bruneian. Amen.

All these unscheduled visits, however, judging from the stories that have been circulated, the news broadcasted on the radio and TV, the published report on the print media, the vibe I sensed was less of a positive note. Furthermore, people became more vocal on social media, adding more salt (to the wound) on the respective agencies. Nonetheless, sometimes the responses on Reddit do carry some weight and logic with their recommendations and I am pretty sure the Ministries are aware of all the publicity they have been exposed to on these social media platforms.

The latest visit by His Majesty the Sultan raised more eyebrows from the public after images of the government schools in Temburong district were circulated. It is really embarrassing that we have to find out this way but yea, the truth always hurts. I really feel sorry for the students and teachers who have no choice but conduct their lessons in cabins [Again, if this is true as I received second hand information] and one of the halls at a school really looked in a very bad shape. I wonder how long it was in that state before the Royal visit.

Honestly, this looks very bad on the relevant ministries and it’s not my position to say but such things could have been avoided. Even the huge pile of mess at the Immigration Department (back in October) could have been avoided. If these things are not handled internally, then my advice is to the powers that were empowered by His Majesty the Sultan – the Legislative Council members – to make such visits randomly as they are the voice of the people, the driving force in the making. They can exercise their power to question the respective ministries on certain issues or scenarios when they conduct their visits. I sometimes read how LegCo members made visits to established companies and such but I am sure there are many agencies that need to be scrutinized and these visits can act as a catalyst for the agencies to take appropriate steps to reduce any underlying concerns for the benefit of our people. Anyway, this is just my point of view because I believe we all can cooperate and work with another.

Let’s move forward and work together to come up with a solution and tackle the problems one by one. It’s never too late and I believe collaboration and teamwork even among the ministries will be more effective in providing solutions and making them a reality. 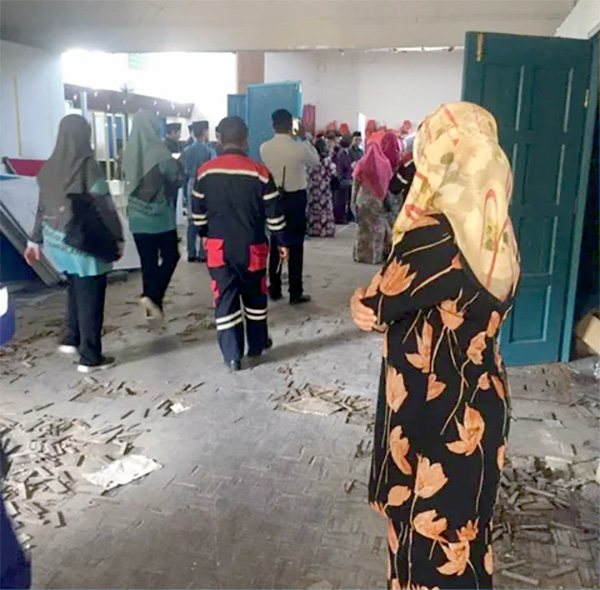 The conditions of the floor in one of the schools left in that state. Courtesy of Whatsapp Image. 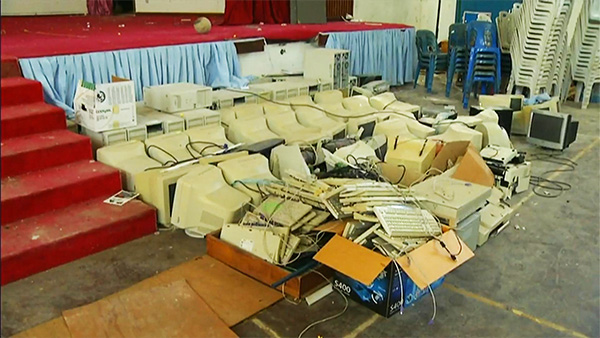 I am not sure which school this was but this is such an awful sight. Courtesy of Whatsapp Image 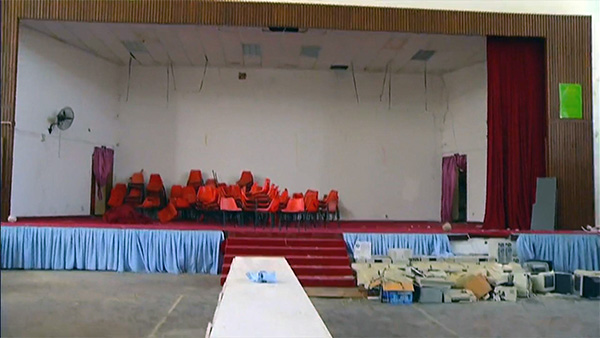 How the school hall looks like. Courtesy of Whatsapp Image.