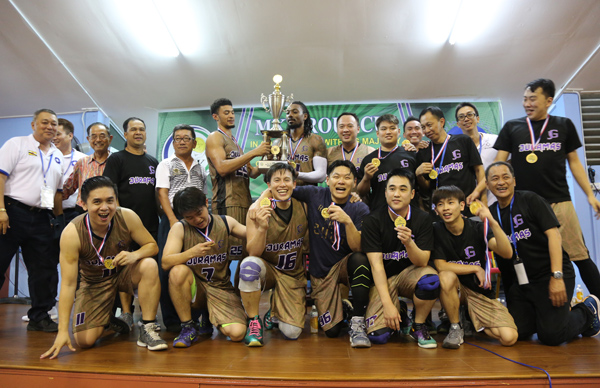 Easyway, Easyway. Easy way. It was supposed to read three-peat in the headlines but it was not meant to be. Defending champions Easyway was dethroned by Juramas convincingly 113-99 in the final of the MK Group Cup aka Sultan’s Cup 2017 last Sunday.

Avery Scharer has been the man on fire in the tournament along with Justin Howard, both imports from Easyway. The former champions recorded the biggest scoring margin in the tournament when they beat CK & Associates 152-35 in the group stage. Avery even reached triple double scores during the semi-final game last Friday while Justin has been dominant on the boards averaging at least 20 rebounds and in the range of 30s for the points.

However, their efforts of 37 points (Justin) and 32 points (Avery) were not enough to topple the cohesive unit of Jurumas. Their opponent steamrolled in the first quarter and rushed to a 7-2 lead to set the pace. Even when Easyway found their way back to the game, Jurumas was very consistent in their field goal conversions.

It was not surprised that Jurumas closed the first quarter with a healthy lead of 36-24. It was the locals playing for Jurumas that made the difference. Efu (Aik Hock) and Esmond Tan had a very cohesive partnership while on court. The efficient Efu made some steals and created fast breaks which were converted successfully by Esmond.

The second quarter was a chance for Easyway to come back. They have the squad and the experience to do so. However, Jurumas’ game plan worked defensively. Easyway gave away too many turnovers and if I looked back now, this was the defining moment as Easyway couldn’t muster a comeback even with their depth of squad and experience. At half time, the score was 63-44 to Jurumas, thanks to Udun Osakue, Esmond and Efu combo. 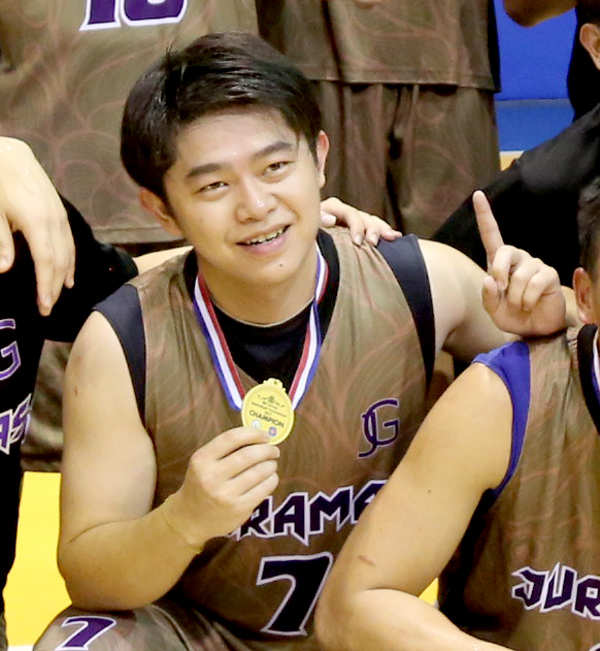 Efu (Aik Hock) of Jurumas was instrumental in their defence 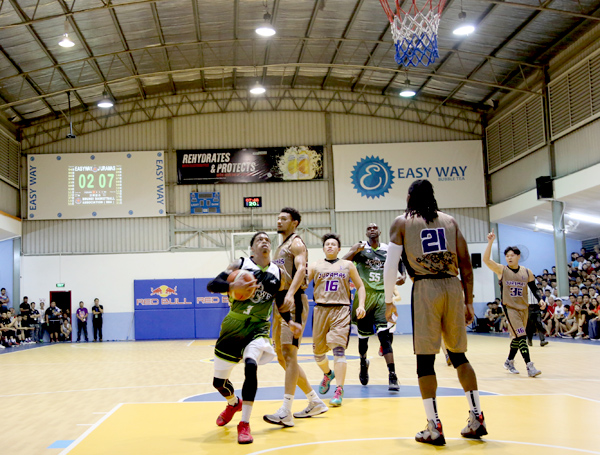 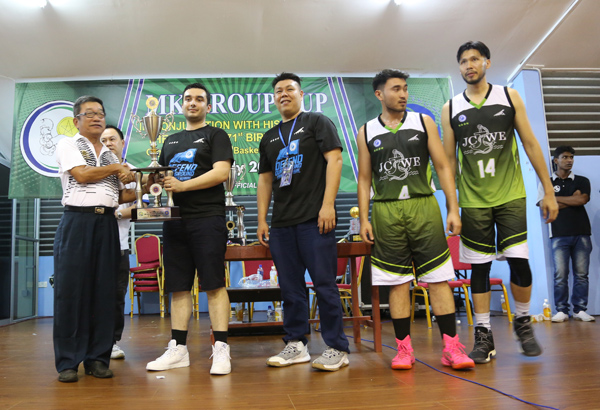 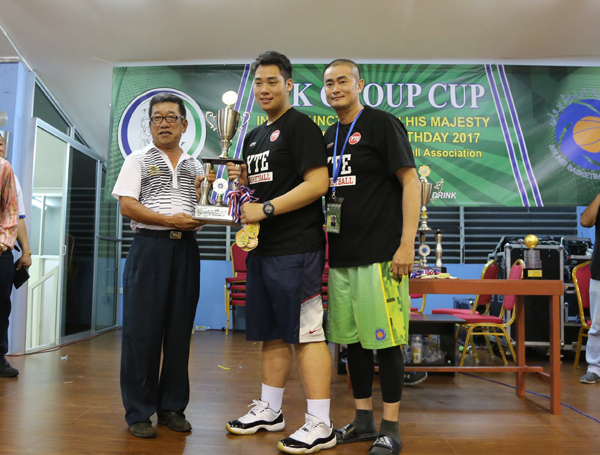 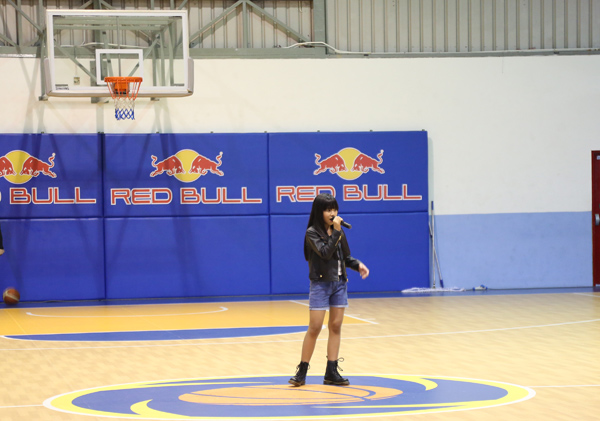 The introduction of Geve Leones from the Easyway bench didn’t pay off. I truly admire him when he was on court a few years ago. He did his best last Sunday but couldn’t bring back same flair he had back then. He suffered a bad fall after clashing with Benjamin Lim in the final quarter but it wasn’t serious as it looked.

Coming to the 3rd quarter, I was hoping for a comeback, a miracle as I never liked a one-sided game. I wanted to see a competitive fight. I even heard that Avery changed back to this Kobe sneakers and sported a head band after half time. Who knows if that could changed things around.

The script remained the same as Jurumas maintained their tempo on the court. I was hoping to see more of the young talent Marcus on the court after missing many minutes in the first half. Appeared he did and he managed to get on the score board. Darren Chai was introduced to mark Udun but he had an ineffective defensively display against the on-form Udun. He was replaced after receiving two personal fouls in a space of a few minutes.

Carl Montgomery, another import of Jurumas, shined in the second half. He kept winning offensive rebounds and converting them along the way. His counterpart Justin Howard was struggling to cope with the pace and made it easy for Jurumas to win offensive rebounds.

I knew Easyway’s fate was sealed after the end of the third quarter as the score board read Jurumas 95 Easyway 73. Who could have predicted that scoreline? I was expecting a close fight. While Easyway imports still made an impressive scores, it was their local team mates that couldn’t deliver on the offensive. The locals including Geve Leones, Francis and Marcus Quirk combined only 30% of the points contributed where as Jurumas’ local players contributed 40% to the final score.

It is back to the drawing board for Easyway to reflect back what went wrong in the finals. They may have dominated the tournament with their offensive display and high scoring games but it was Jurumas who earned the bragging rights as the champions of the Sultan’s Cup 2017.

Well done to Jurumas for their cohesive team work especially in defence. You deserved to be champions.

I would also like to thank Brunei Basketball Association especially Wira and coach Dragon for the info, logistics and hospitality. The event was well organised and I could see improvements from previous years. There are still room for improvements but this is already a good start. Keep it up!!! 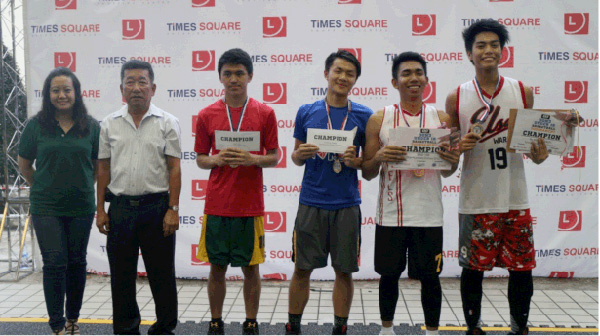 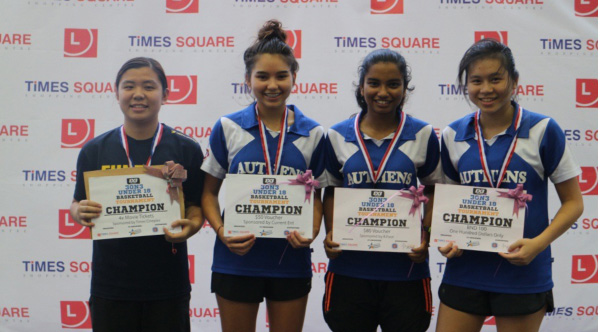 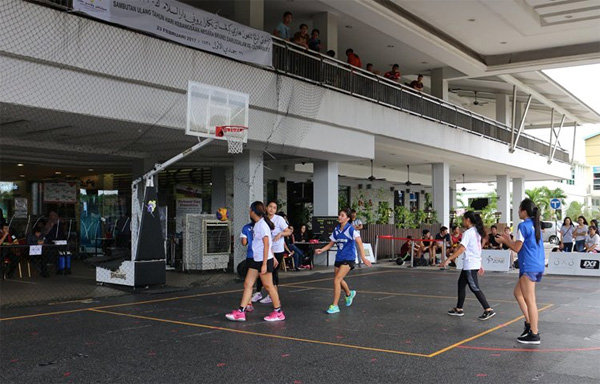 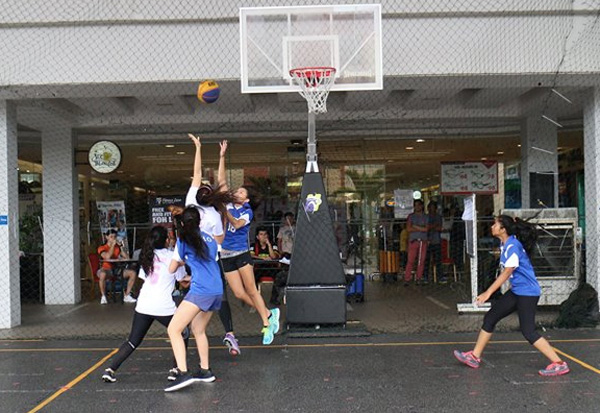 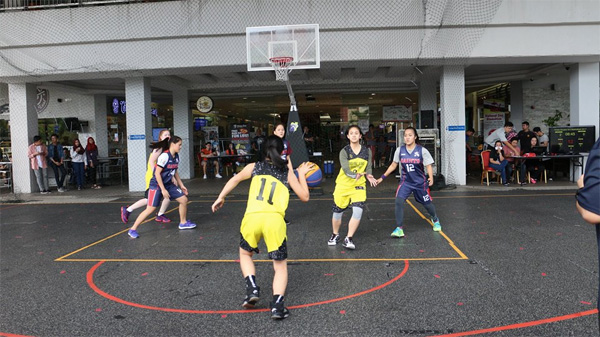 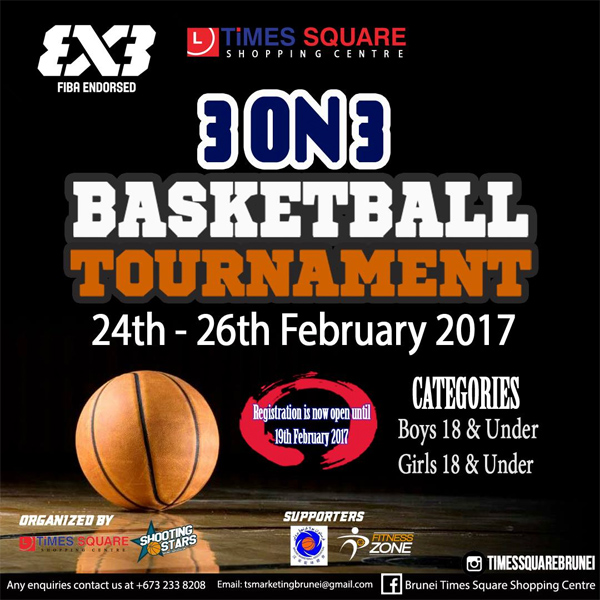 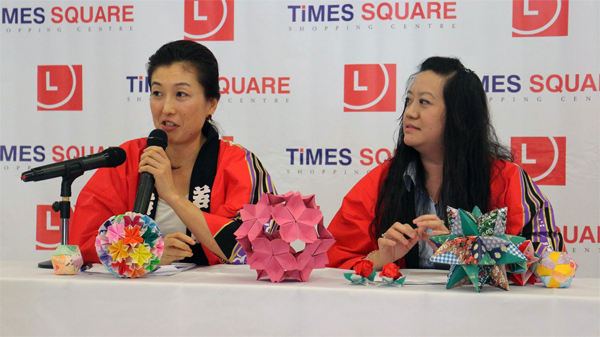 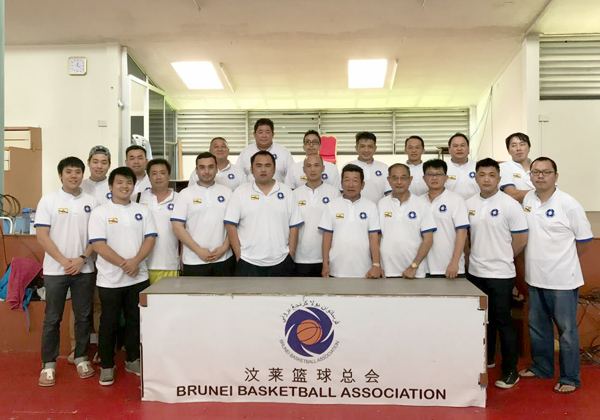 Late post: In-conjunction with the 33rd National Day celebration, the Brunei Basketball Association (BBA) will be hosting an inter-district basketball tournament at the BBA Indoor Basketball Hall from 19th to 26th February 2017. The tournament is supported by Core-Lee Enterprise, Easy Way Tea and Café, and Soon Lee Holdings.

One of the key objectives of the tournament is to identify potential players who are capable and willing to represent Brunei Darussalam in regional and international basketball competitions.

“One of our priorities is to revitalize the platform for youth who aspire to represent our country. The aspiration for the new executive committee for the next three years is to develop a team that is competitive in SEABA competitions.” said Johnny Ang, the Deputy Chairman of BBA.

The tournament will be opened to Brunei Citizens and Permanent Residents and players who are interested to participate in the tournament can contact the basketball association in their respective districts for further details. For Tutong District, the contact point would be Mr. On Wei Yeah at 8737528. For Belait District, the contact point would be through the Chairman of Belait District Basketball Association, Mr. Wong Ming Ching, at 8758873. Although Temburong District does not have a basketball association, the Temburong team will be organized by Mr. Tan Chu Eu at 8758338.

“For this tournament, we will have a stronger focus on youth. Each team is required to have at least 3 players under the age of 23 and one youth player must be playing on the court at all time during the tournament” said Wira bin Pori, the BBA secretary.

As one of the most active sport associations in Brunei Darussalam, the new executive committee of BBA aims to play a stronger role in the youth development in the country which is in line with the call for youth to make Vision 2035 a success. 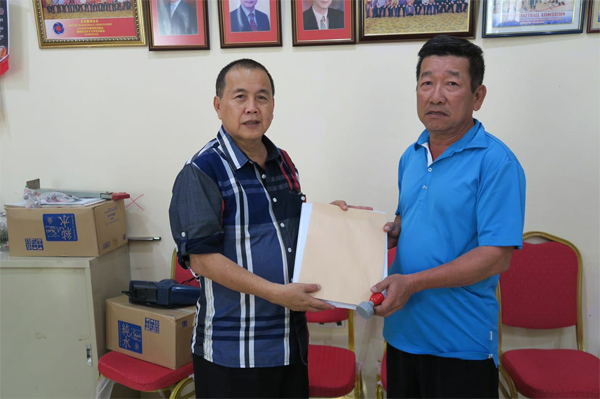 It’s good to see new blood, the young ones in the Brunei Basketball Association (BBA). There are a mixture of the young and the old and it will be interesting to see a different mix of people in the committee.

During the election in December, Kwang Ming Heng won the vote as the new Chairman of BBA and Ang Han Then was elected as the Deputy Chairman.

According to the report at Borneo Bulletin, BBA under the previous committee has agreed to upgrade the basketball court at Batu Bersurat as per FIBA’s specifications. The project is estimated to cost around $91,350, while the new gym and equipment will cost around $23,952. The basketball rack and rim will come with the cost of $3,000.

The renovation project, which is scheduled to begin in January, will be delayed until March waiting for the FIBA-approved flooring to arrive in the country. The renovation is expected to take 10 weeks.